News of the Mixed Singer

It´s now the fourth visit at Gaustadt to see the very interesting mixed singer, at the moment the best theory is a mixed singer of Willow Warbler and Siberian Chiffchaff.

As I turned my attention to the presumed "real" mixes singer, I was amazed, since it looked really different to the Willow Warblers I´ve yet seen. Instead of the usual green and yellow tones this bird was coloured completey in brown and white. To me it looked at first like the Caucasian Chiffchaff, at least as it is depicted in "Collin´s Field Guide", the intense brown of the upper side contrasted with the white of the under side and of the supercilium. The flanks and the breast were toned brownly. After a closer look few greenish and yellowish feathers could be spotted.

Even more interesting is the fact, that this "weird" Willow Warbler had obviously bred, since it was feeding juvenile, normal looking Willow Warblers.

After all it´s still a very interesting bird, which obviously had still had some surprises for me. I´m curious about the future. 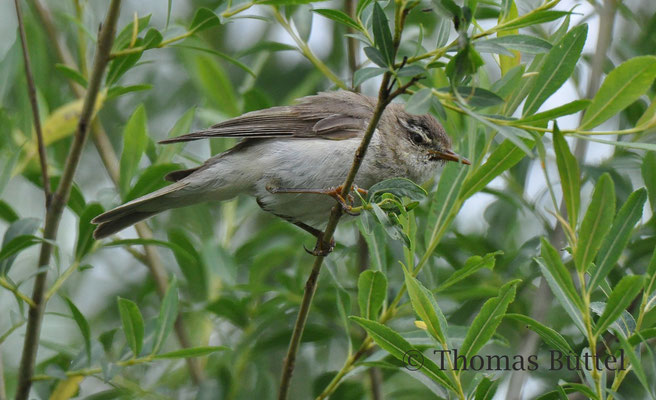 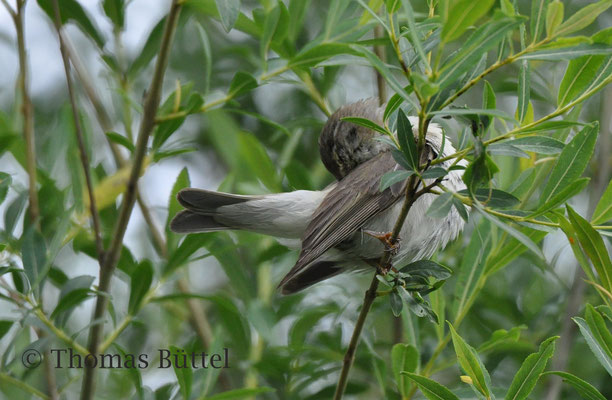 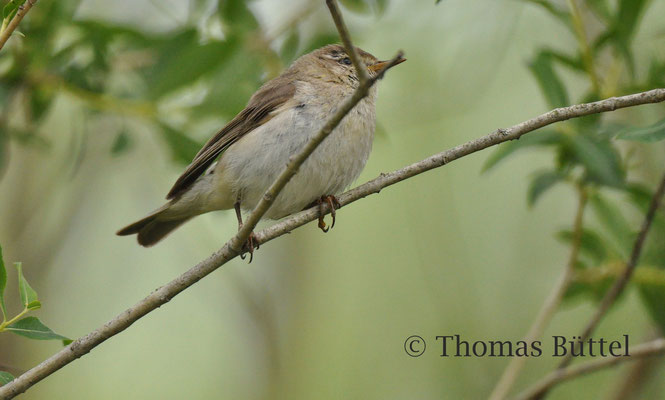