A truly memorable day at the "Großer Wörth"

Today the weather didn´t looked well, since it seemed to rain softly all over the time. However the birds made me forget that very soon.

Spontaneously I changed my further plans and made a detour to the nearby water protection area. I was hoping for resting cranes or geese, but I only detected a few Common Buzzards and few distant Great White Herons. It got interesting again, when I came to the airfield. At the wayside a pipit could be seen feeding. It immediately attracted my attention, because it seemed to be longer and slimmer than any of the common species I know. Unfortunately I couldn´t take a picture of it, but I´m now quite sure, that it must have been a Richard´s Pipit. Later on I´m going to add a drawing with the most important features of the bird.

On my way to the parking ground I stopped once again and observed a group of Grey Partridges, a species only seldom seen nowadays. When I finally arrived at the "Großer Wörth", I only had 90 minutes and had therefore to hurry up. In the bushes several Chiffchaffs, Great Tits and other small passerines were resting. Scanning the sky I detected some big flocks mostly with Chaffinches and Fieldfares, but I could also hear the calls of Bramblings and other finches too. Afterwards I tried to focus on the waterfowl, and even though that there had been only the usual guests like the numerous Canada Geese, I was still impressed by the masses of geese and ducks feeding on the shore.

Also mentionable were the numbers of Great White Herons: Approximately 60 individuals of this wonderful species were feeding either on the nearby meadows or on the shore. It was really amazing to watch all these herons flying around and trying to land on a tree.

So in all in all these were some astonishing hours. I´m quite sure, that I never had such a good day at the "Großer Wörth". 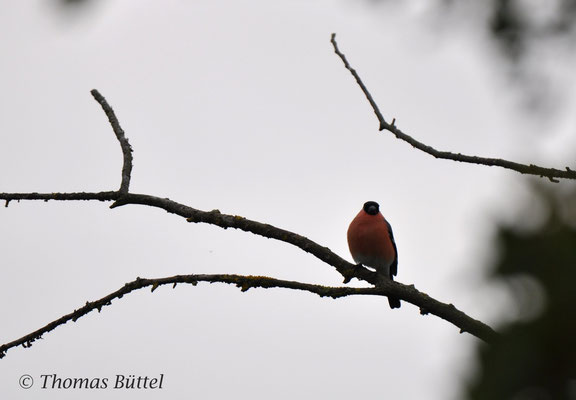 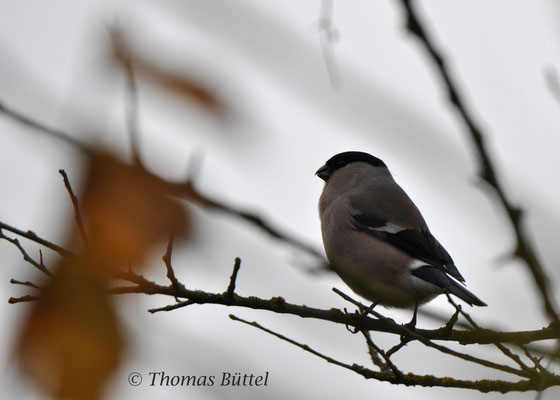 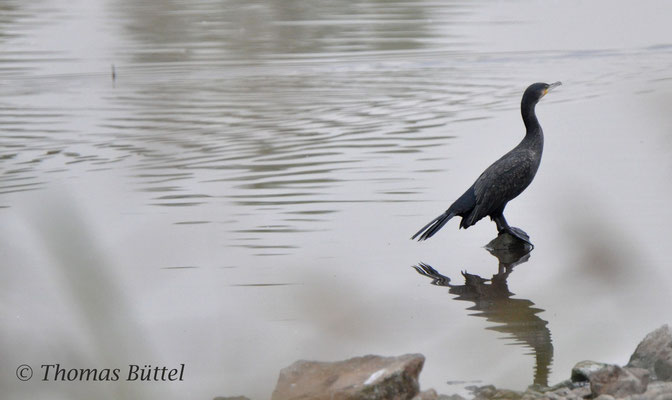 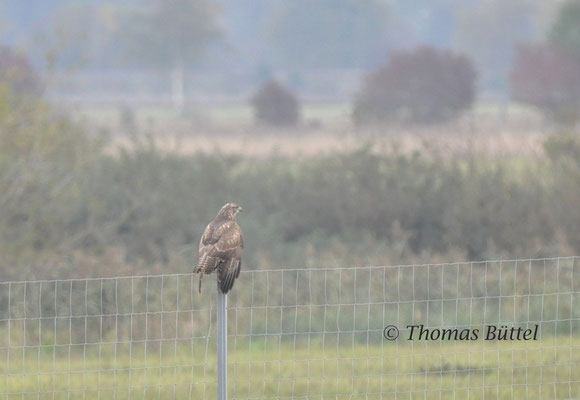 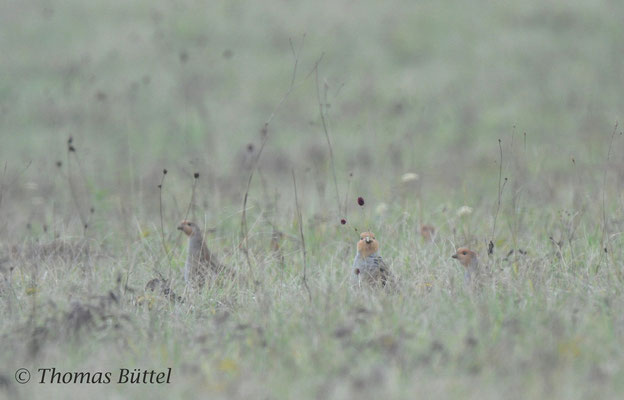 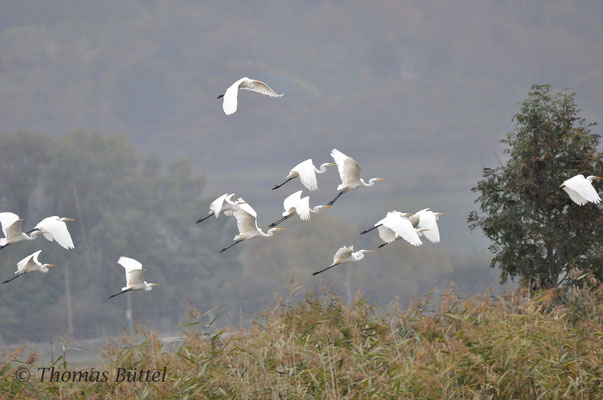 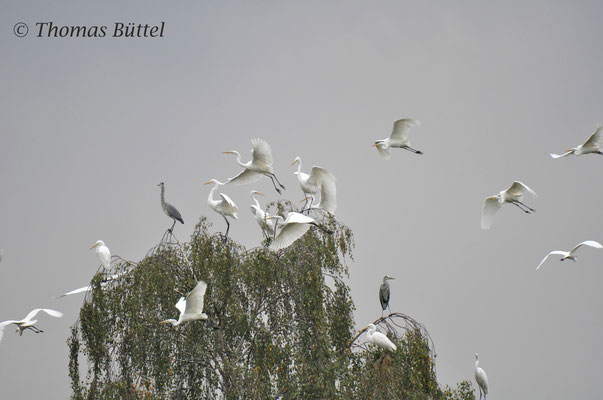 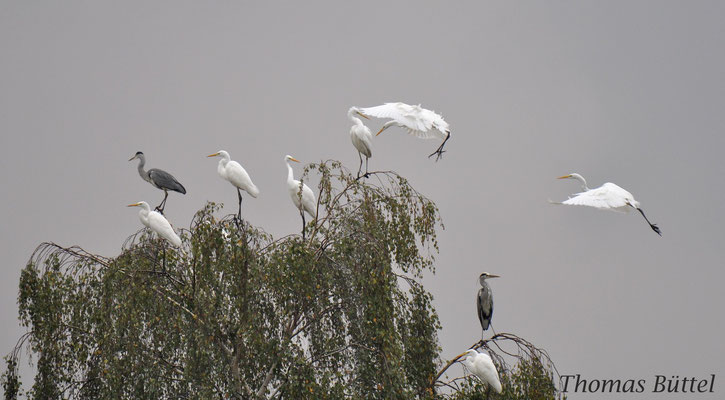