Today I wanted to go to the Hochreinsee, but I soon realised, that I wouldn´t become happy there, since almost no waterfowl could be seen. So I went to a nearby quarry pond, though even there not much was visible on the water surface.

Finally I turned my attention to the smaller passerines, which were feeding in the bushes around. As it turned out, the most birds were Reed Buntings, altogether about 20 individuals. However I detected another lighter and more reddish looking bunting among them. Especially conspicious was the contrast between the orange-brown back and the black stripes. Furthermore the tertials had an black centre, which was surrounded by the same orange-brown tone of the back and by a white fringe. Unfortunately it soon disappeared in the bush, wich can be seen in the background of my pictures. Unlike the other Reed Buntings it didn´t fly to the next top of a bush but remained on the ground.

It is a bit ironic, because at the same lake I had been able to observe a probable Pine Bunting which too couldn´t be identified safely since of my poor pictures. At the moment I have no idea, what it could be. So please, if you have a suggestion, send me an e-mail or use the commentary function below. 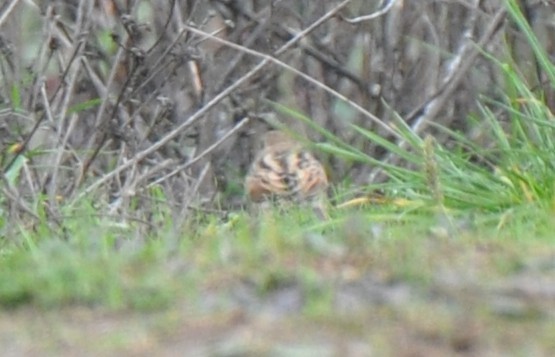 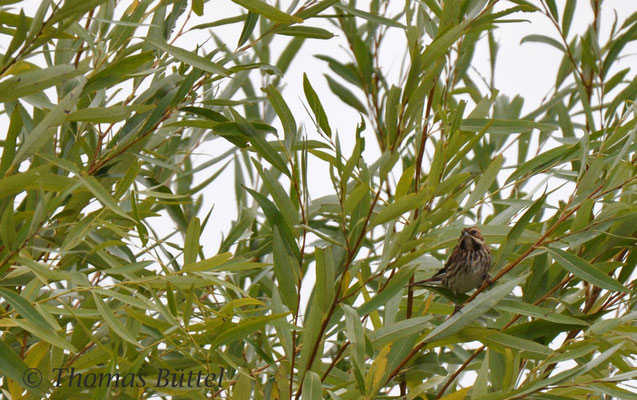 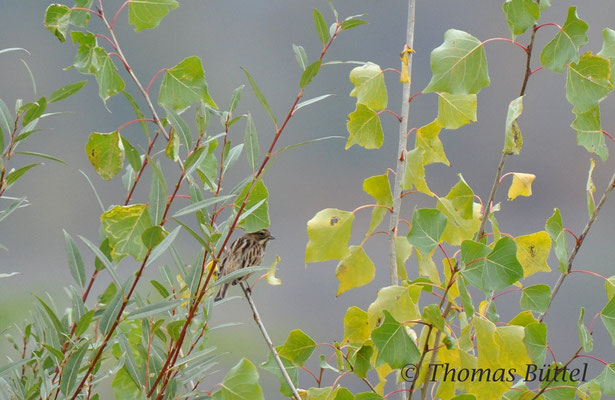