November at the "Großer Wörth"

Bearded Reedlings had been reported at the "Großer Wörth" a while ago and so I thought, I should try my luck. While it had still been quite foggy near Bamberg, a blue sky with almost 18 °C awaited me at the parking ground.

A first glance on the reeds didn´t produce something of interest, but on the lake a lot of geese could be seen. As it turned out the most were Greylags, approximately 230. Among them I spotted also around 30 Egyptian and 10 Greater White-fronted Geese, the first ones of the season for me. Scanning the lake a bit more carefully I detected a Wigeon, three Gadwalls, 10 Teals, as well as some Mallards and Tufted Ducks. Altogether not bad so far. In the bushes around the lake still a lot of migrants were resting, mainly Tits and hundreds of Fieldfares. The calls of Redwings seemed to be omnipresent, but I only once I had been able to spot one in a hedge.

On the backside of the lake I tried to find the Bearded Reedlings, though once again neither one could be heard nor seen. Finally having almost reached the parking ground again, I looked up to the sky and detected a kettle of Common Buzzards, which soon migrated westwards. These must have been the last of the season. As far as I´ve seen, no Rough-legged Buzzard had been among them. 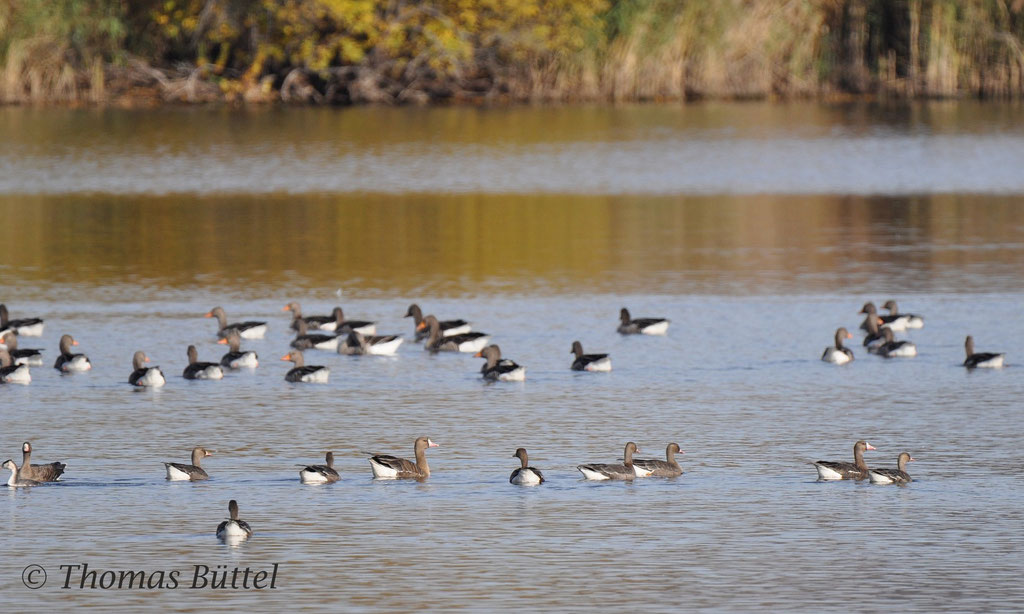 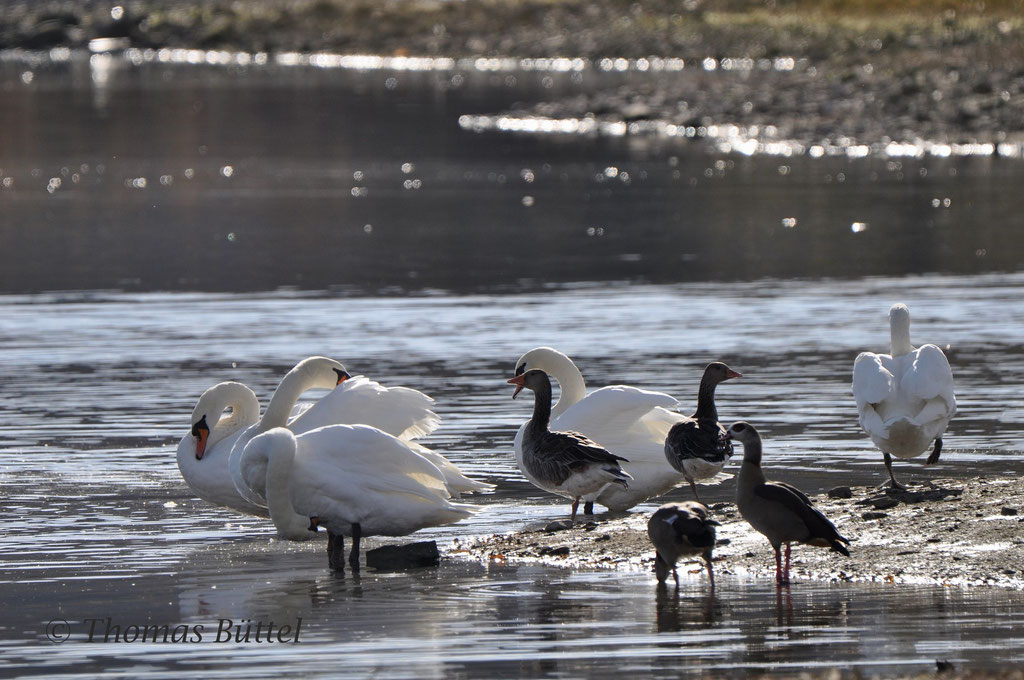 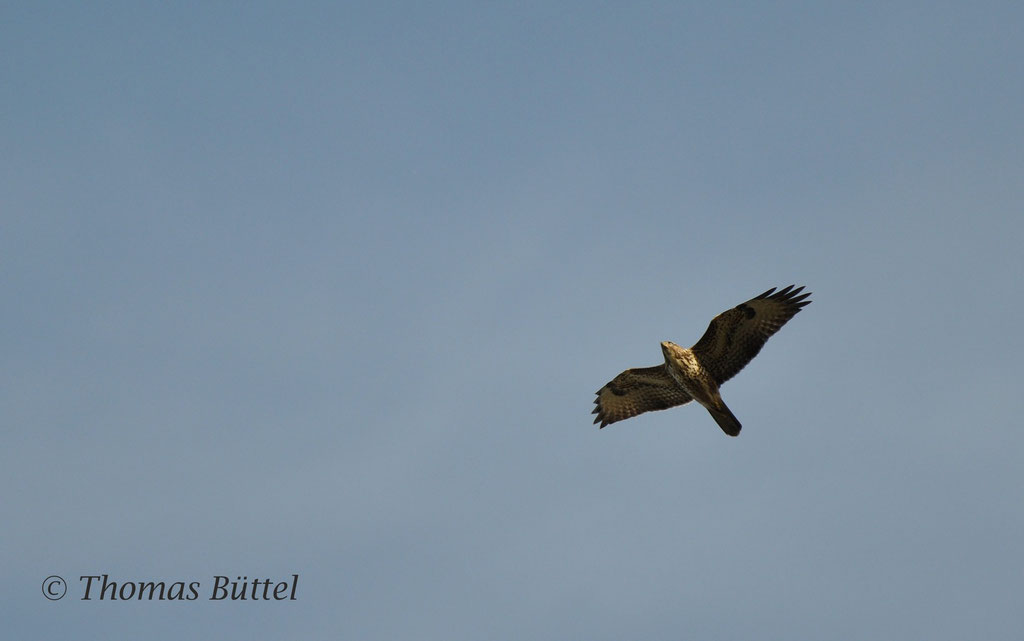 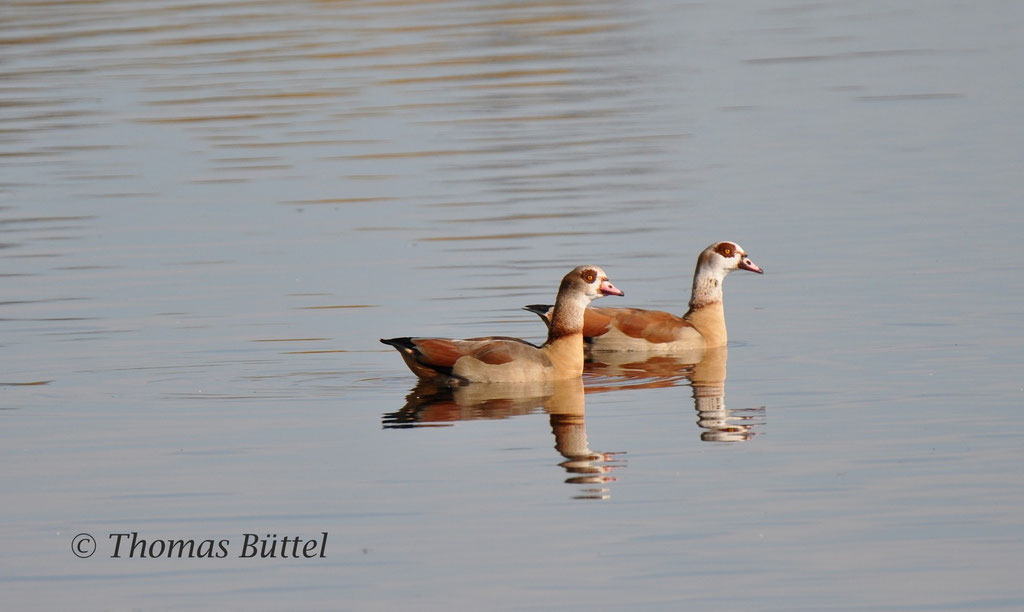