Today we got the first snow of the autumn, though there were only few snowflakes in the air before evening. My destination for today was the "Röckelein Baggersee" near Breitengüßbach, which often holds notable gatherings of geese in the winter. Unfortunately, today only "common" species like Greylag or Egyptian Geese could be spotted on the fields around the lake. There was even quite few waterfowl, though with some high-quality species: Three Shelducks and a single Red-throated Diver. It really is amazing how conspicious the latter was. In 2013 and 2014 I had always been searching for this species on the local quarry ponds but I had never found one. Therefore I had taken a very close look on every dabbling Cormorant, since they are similarly coloured. Now these two species look absolutely contrary for me. So far not a bad result.

Afterwards I went to the "Porznersee", where I hoped to see a Great Grey Shrike. However not even a single individual could be seen on the bushes around the lake. Over the last years at least one shrike was staying in this area. Even the waterfowl wasn´t well represented either, so I spent a lot more time scanning through the masses of passerines. Quite numerous were Fieldfares and finches, mainly Siskins and Chaffinches. When I finally was on my way back to the car, several Great Egrets were flying around, which came sometimes very close to me. 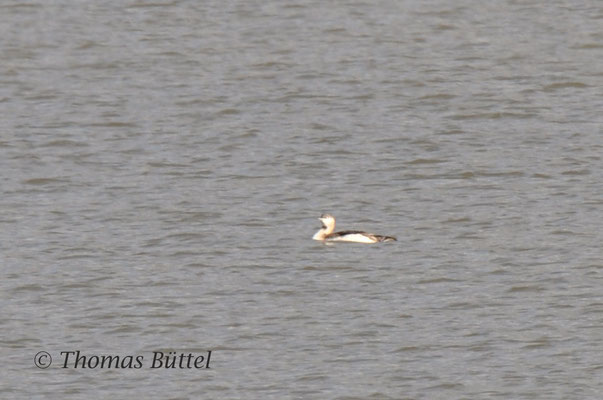 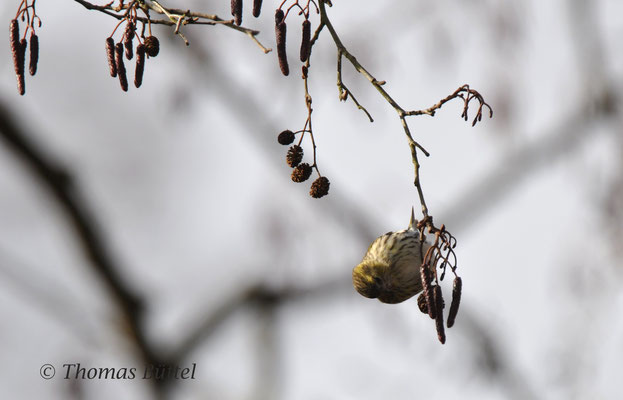 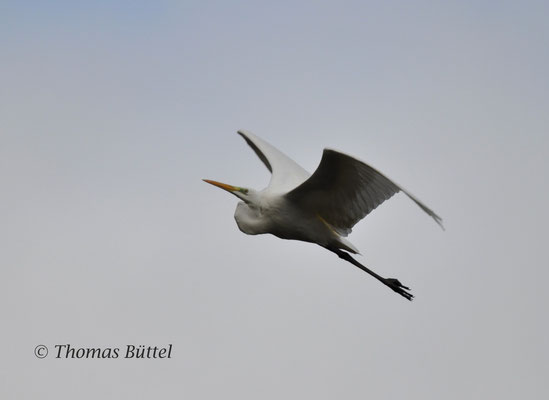