December at the "Großer Wörth"

Finally after a week I could spend two hours with birdwatching. At first I wanted to visit a nearby quarry pond, where a Velvet Scoter had been observed some days ago. However when I checked the newest entries on ornitho.de this morning, I found out that the bird must have already left the quarry pond.

So I simply changed my plans and went to the "Großer Wörth", which normally is worth a visit. In sum the waterfowl wasn´t well represented today with only 10 Greylags (compared to the 300 in September), some Mallards, Teals and two Goosanders. A lot more interesting were the passerines in the bushes around the lake. There were four Linnets, numerous Tits and also 10 Bullfinches.

Especially the latter I was observing for a long time, not only because they allowed me to get very close to them but also because they are very intriguing. Unfortunately I haven´t replaced the batteries of my recorder so far, which I would have needed for documenting their interesting calls. As far as I can be sure, they all were calling the "trumpet"-call, which is often considered to be a good feature of the northern subspecies pyrrhula. However after a while some individuals were calling like "normal" Bullfinches. Recently it was tried to find phenotypical features of "Northern" Bullfinches, so that a Bullfinch can be identified even when no call is uttered. Since there are mostly only subtle differences, I only identify them on subspecies level when having heard the call and seen the bird.

The female in the pictures below looks however like a fine candidate considering its bulky stature and the strong bill. 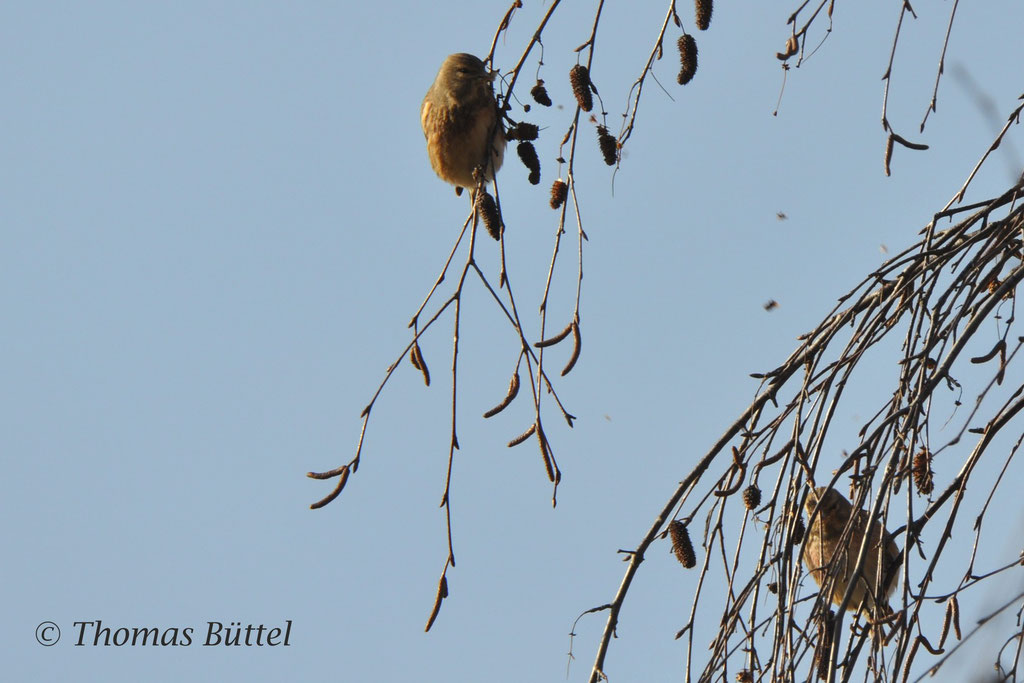 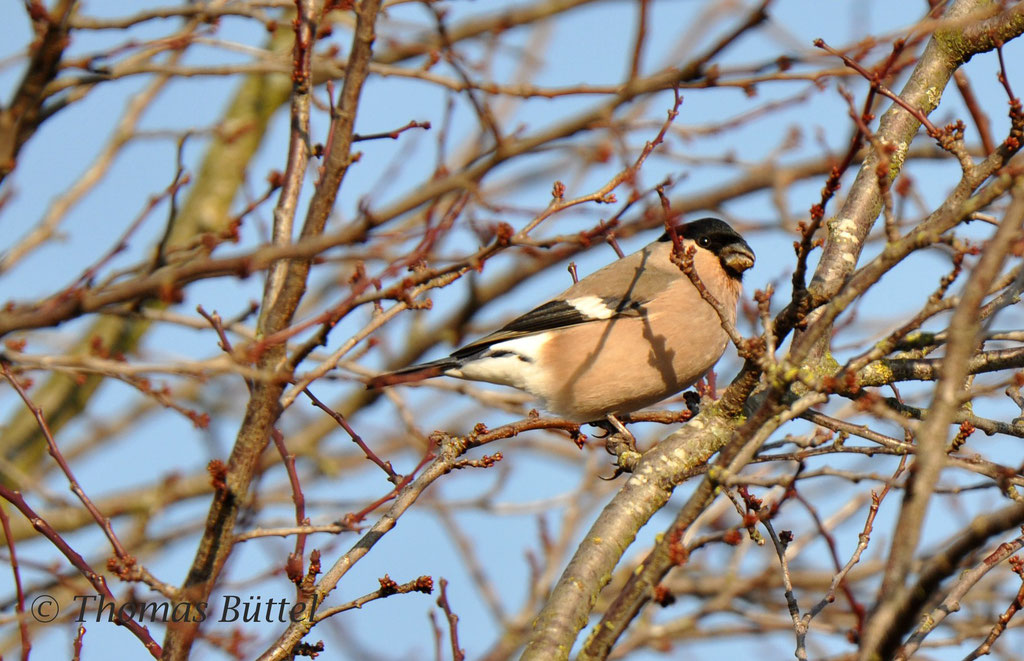 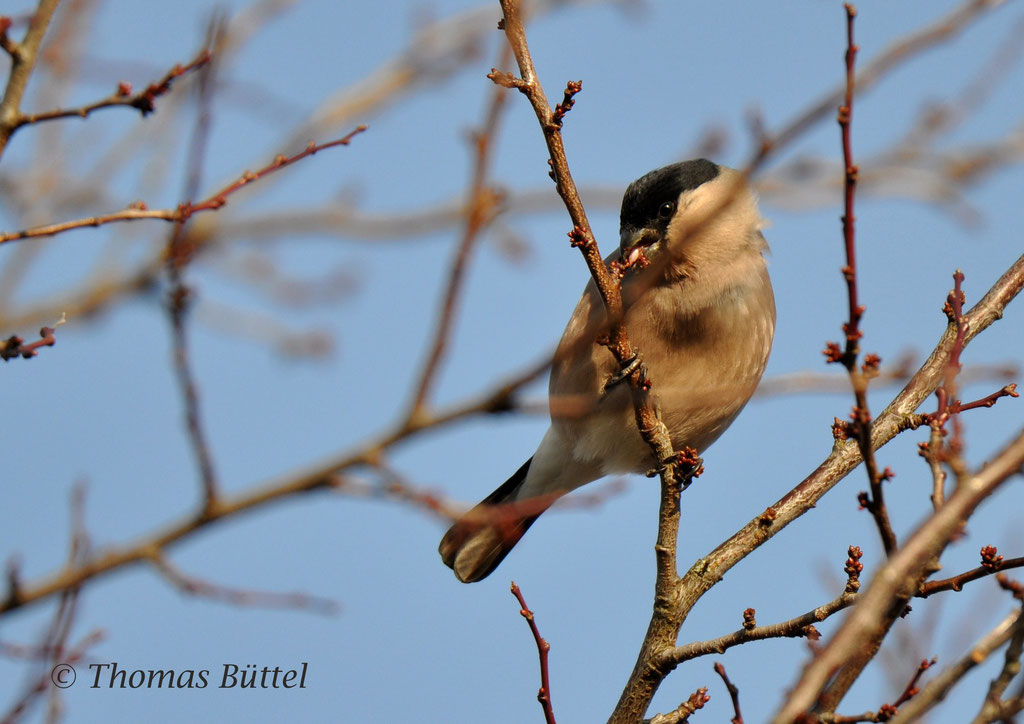 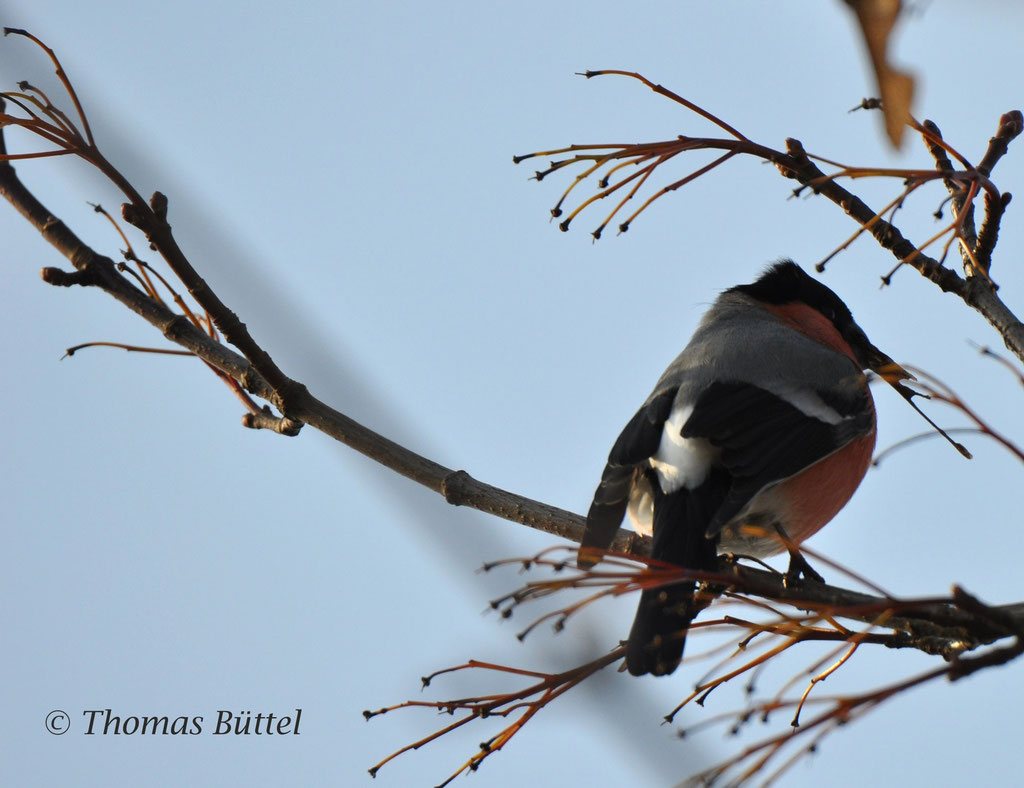