Honestly I hadn´t had many birding plans for the day this morning, but since it was quite sunny, I was soon convinced to use the light at least for taking a couple of pictures on my usual site. There were mostly the common birds: Green, Great and Middle Spotted Woodpecker as well as the full range of finches (apart from Bullfinches and Redpolls).

So after all not a bad start into the day. Eventually it became even better when I spotted three large white birds flying over me. After taking some pictures they were soon identified as Whooper Swans, which are my first ones in Germany.

On afternoon it finally occurred to me that I could test my new digiscoping adapter. For this I selected the "Großer Wörth" as destination, because it had held the most waterfowl of the surrounding area, at least in 2015. However, shortly afterwards the sky was completely covered with clouds and the light was so poor that I didn´t manage to get good digiscoping pictures at all. At least I´m now sure that the adapter fits. Generally the "Großer Wörth" held still a lot of waterfowl, though I saw nothing spectacular. There were some Tufted Ducks, few Teals, Goosanders and also three Goldeneyes. As usually also many geese were lingering nearby, though they were flushed for some reason and were therefore always flying around. The major part consisted of about 300 Canada Geese and of 100 Greylags.

The second reason why I chose the area was to find the Northern Bullfinches, which had always been present on my last visits. Today there were ten of these feeding in the bushes, though nine of them headed towards east soon afterwards. So I was left with only one male individual, that was uttering the "trumpet-call" to my delight. So I was finally able to record this call and also to take pictures of it. A few notes on the features of this bird below.

On my way back to the car I found a Willow Tit, which rounded off the trip quite nicely. 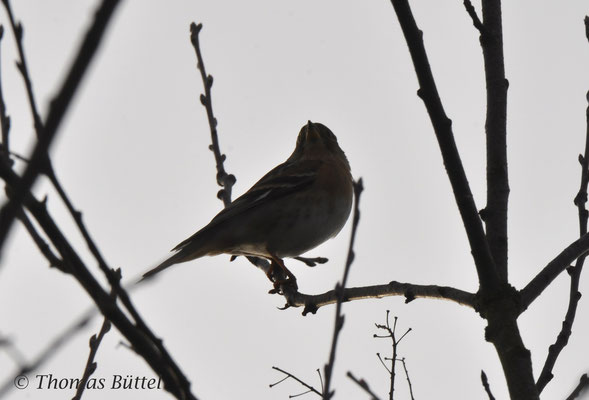 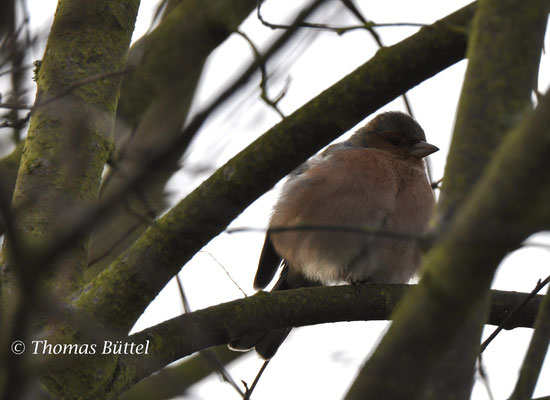 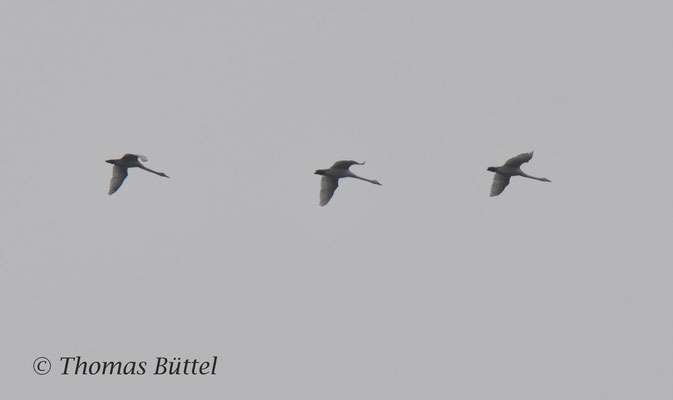 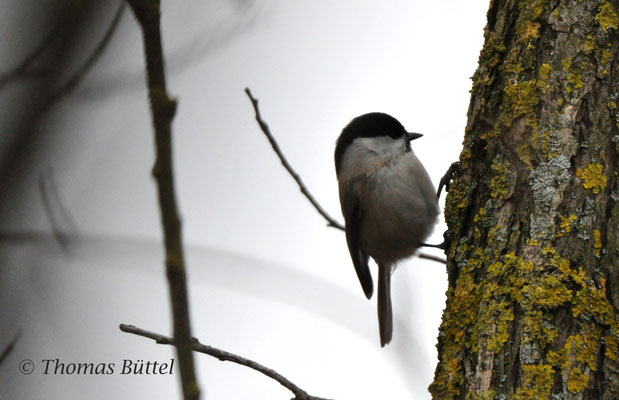 I´ve looked on several Northern Bullfinches this year and also kept the features described in Martin Garner's Challenge Series in my mind. This male on the right shows anything that it should: A bulky stature, a broad white wing-bar, light grey upperparts and a lighter orange on the underside.

Furthermore it was uttering the "trumpet-call", which makes the identification very easy.

Nevertheless I would still be very careful with identifying a Bullfinch on subspecies level, since I think that the mentioned features are very subtle and mostly dependent on the light conditions.