And the snow returns

Finally after more than a month the snow has returned and immediately interesting birds showed up. Today I went to the Kreuzberg area, which I want to visit as often as I can in 2016.

As always I wasn´t disappointed.

Still on the parking ground I noticed a large flock of Bullfinch, that was feeding on the top of a couple of trees. After a while they uttered the trumpet-call, so they all were Northern Bullfinches. At the edge of the forest I encountered, furthermore, a mixed flock of Tits, Nuthatches and also of Goldcrests. However I soon focused on the Long-tailed Tits not only because they´re stunning birds but also since they all seemed to have white heads. This is a feature of the rare northern variant. Sadly they soon wandered deeper into the forest and so I couldn´t be sure.

Walking a bit further into the forest I found another flock of these, which also showed white heads. Nevertheless this time I got a lot closer views and also some managed some shots. Unfortunately they all belonged to the regional subspecies europaeus, since there are still some dark feathers on the head giving it a "dirty" appearance. Yet it is very striking that they all were coloured similarly, perhaps they come from the overlap zone.

Apart from that there were mostly common birds, which stayed normally in the bushes out of range. 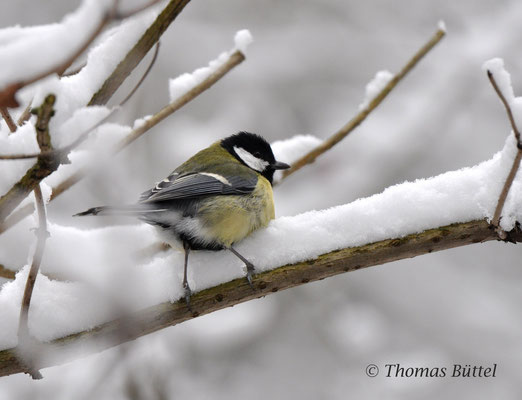 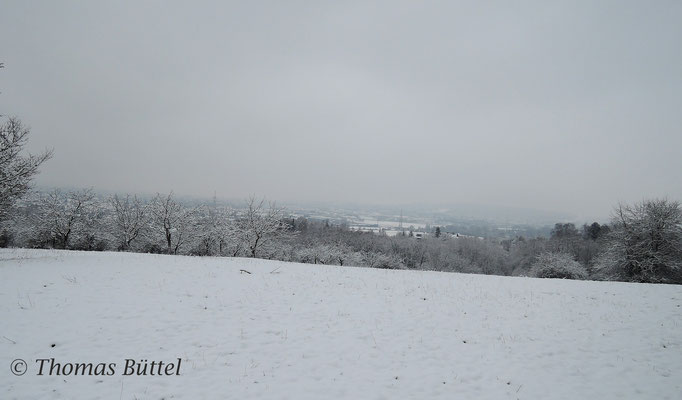 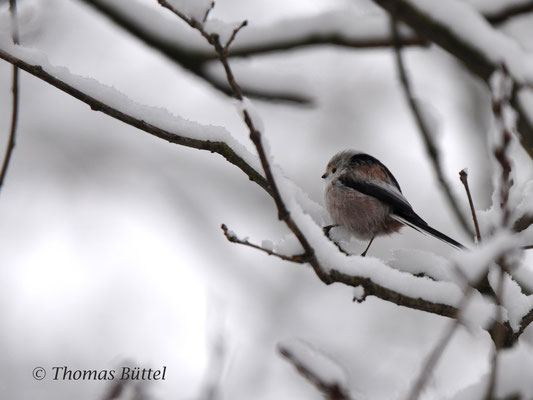 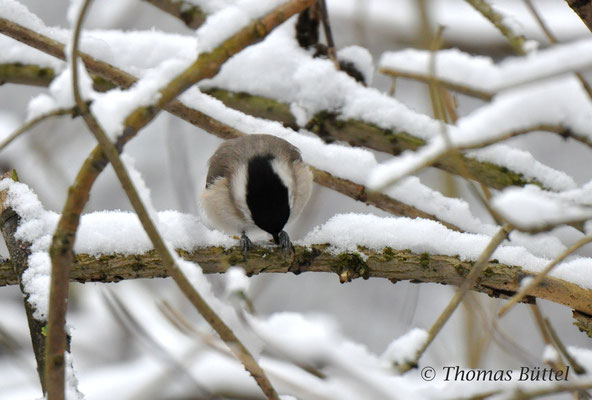