Since almost two weeks I was very busy during the week and had therefore no time for birdwatching. Nevertheless this afternoon I had finally two spare hours and also the weather looked rather fine for a short birding trip.

I chose the Oberhaider Baggersee, where an obviously long staying Velvet Scoter had been reported a few days ago. However it seemed that I had been a bit too optimistic, since I had simply neglected the fact that the temperature hasn´t climbed above 0 °C for a few days. This means that the whole quarry pond was frozen and held no waterfowl at all.

While I was checking the bushes on the shore for interesting passerines, I spotted a large bird sitting on the ice. It turned out to be a Common Buzzard, which was constantly picking on something on the ice. Of course I thought at first that it was feeding, however the bird didn´t change its position in the next 30 minutes. And so it finally occurred to me that the buzzard might be frozen in the ice.

After realizing that I made a phone call checking out the possibilities to save the buzzard. While doing that I saw that the buzzard finally tried again to start from the ice and eventually succeeded.

So after all a happy end. 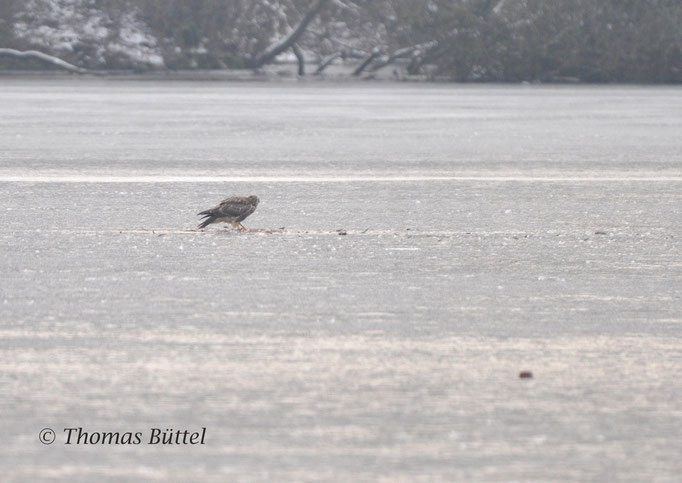 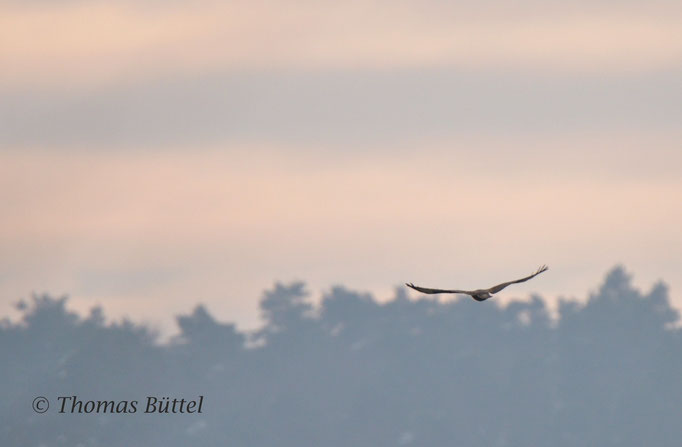 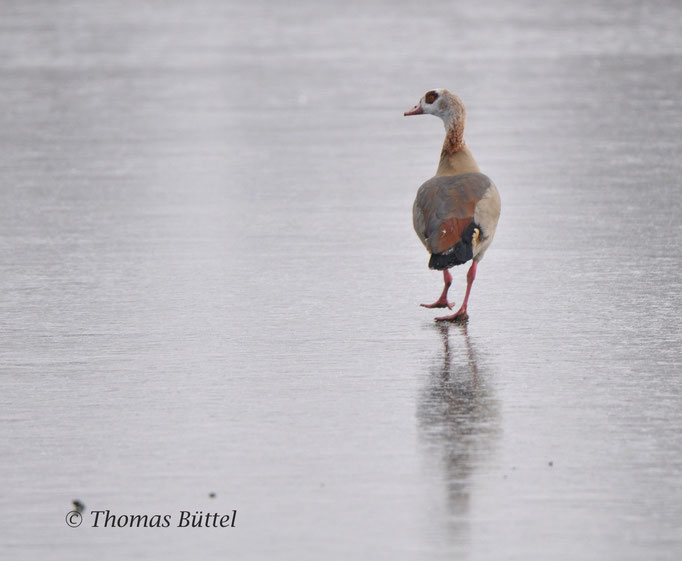