A little bit of everything

The last two weeks were strange: One the one side I generally didn´t have much time for birding, what I had already mentioned in the last blog post, and on the other side the weather was fairly unpredictable. Whenever I would have had one or two spare hours, there were showers, snow falls or harsh easterly winds.

Last Thursday there was finally one of the small gaps, where also the weather played along. So I paid the harbour of Bamberg a brief visit, but there were only few Black-headed Gulls and a single 1st winter Mew Gull. Even less productive was the now refilled Stocksee at the eastern edge of Bamberg on Sunday afternoon, where 11 Pochards were the most interesting birds to be seen.

Fortunately, I managed, furthermore, to get outside for a few hours this afternoon enjoying the blue sky and some waterfowl. My destination was the "Baggersee Roßstadt Süd" an interesting quarry pond at the western border of the district. Among the hundreds of Coots I found four Goldeneyes, two Gadwalls and three Goosanders. No reason to jump for joy, but after the birding abstinence of the last weeks it was a truly pleasant afternoon, which was nicely rounded up by a small flock of Linnets, which were quite photogenic.

Over the last weeks the observations of Lapwings, Skylarks and other short-distance-migrants have increased on ornitho.de, a clear sign that the spring is coming. While the first ones are still missing for the year list, I´ve already heard the first flocks of Skylarks moving northward, however I´ve so far had only short views of the latter. 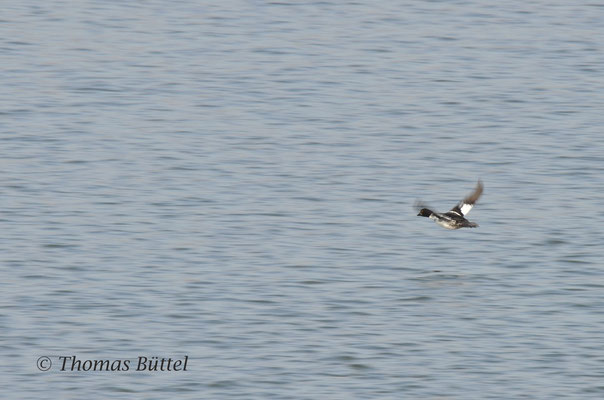 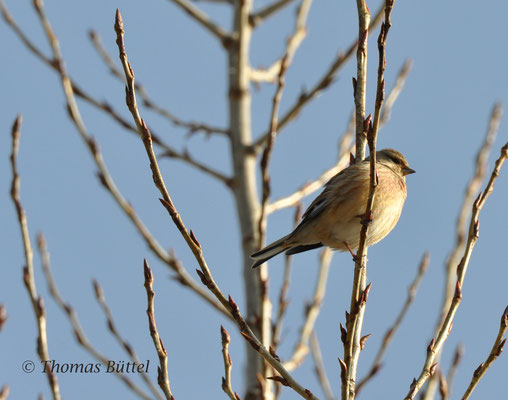 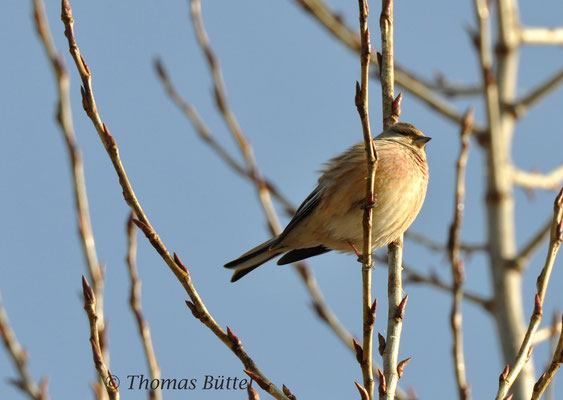 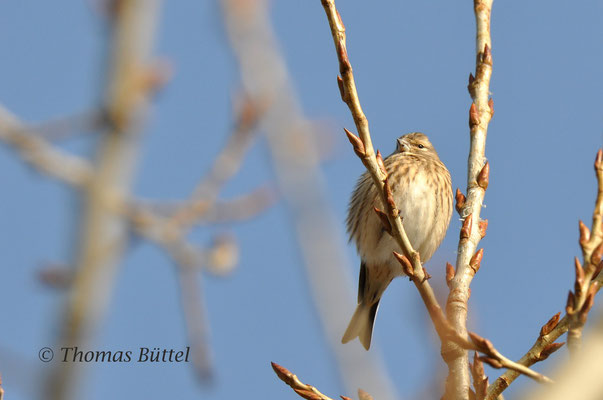