Once again there was an unexpected but hoped for gap in my schedules and so I spent a nice hour with birdwatching in the Luisenhain. The popular park at the southern edge of Bamberg is the perfect place nearby for photographing woodland and parkland birds, because the most birds have adapted to the regular appearance of humans and are therefore very confiding.

So it took no more than five minutes to spot the first motive, a Nuthatch. Without even taking notice of my presence it came as close as two meters feeding on the ground. The pictures below are not cropped, only their size was reduced. 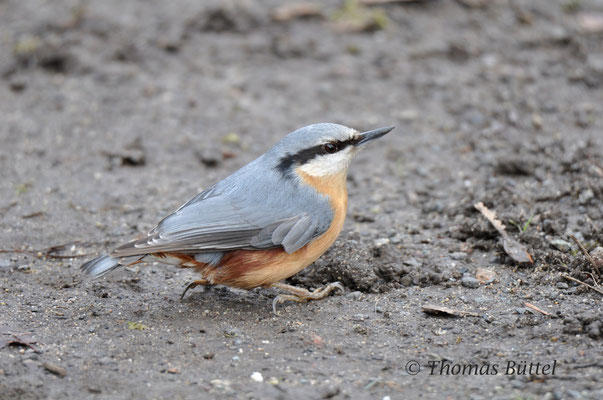 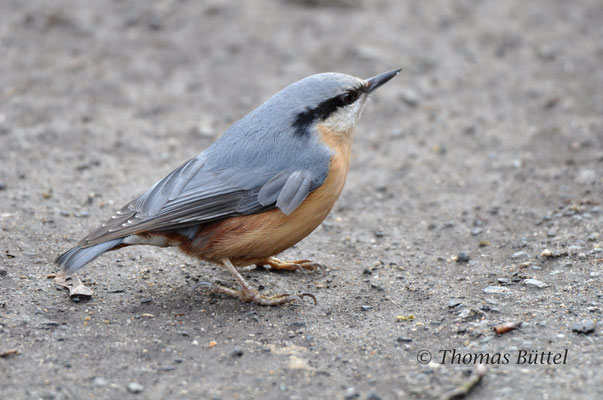 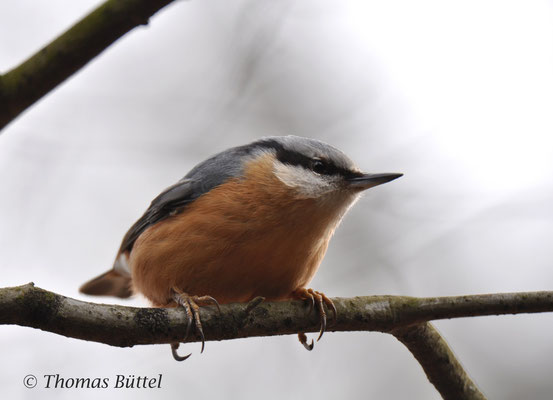 From the parking ground I went to the Rhine-Main-Danube canal, where I hoped to connect with some gulls. Indeed, some were perched on a barrier in the river, but all except for a single Yellow-legged Gull (4th winter) were without doubt Black-headed Gulls. Taking a closer look at the larger Yellow-legged Gull I detected a white ring on its left leg. Unfortunately, the distance was too long for reading the code, but on cr-birding.org there are only three possible ringing projects listed, two in Spain and one in Slovakia. Concerning that Slovakia is half as near as Spain, I´m quite sure that this gull actually comes from there.

After this short gull intermezzo I turned my attention back to the woodland birds, for which I had originally come. Not even 500 meters from the barrier I encountered a mixed flock of tits and finches, where I also spotted a nice Short-toed Treecreeper. Fortunately, this individual showed all necessary ID-features (short bill, white fringe of the alula, etc.), because it´s call was rather indistinct. It´s always educational to observe treecreepers, which can be very tricky to identify without a call.

Nevertheless, my main target species the Middle Spotted Woodpecker, of which I still need a proper shot, remained invisible, even though I heard two individuals calling loudly. On the way back to the car I came also across two white-headed Long-tailed Tits, which were soon identified as intermediates between europaeus and caudatus, since the neck wasn´t well defined and the contrast between head and underparts was clearly visible. When looking on such white-headed Long-tailed Tits it´s very important to keep these ID-features in your mind, because especially here in Germany there are a lot of integrades and I often see claimed caudatus Long-tailed Tits on the internet, which actually are not. 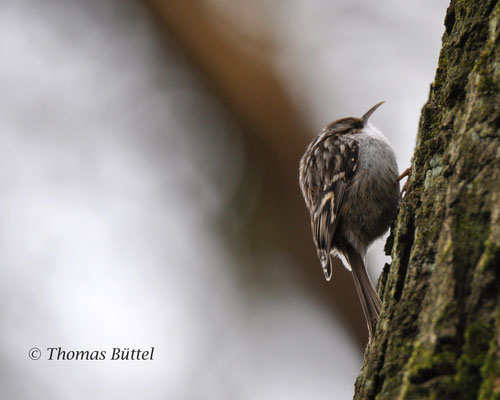 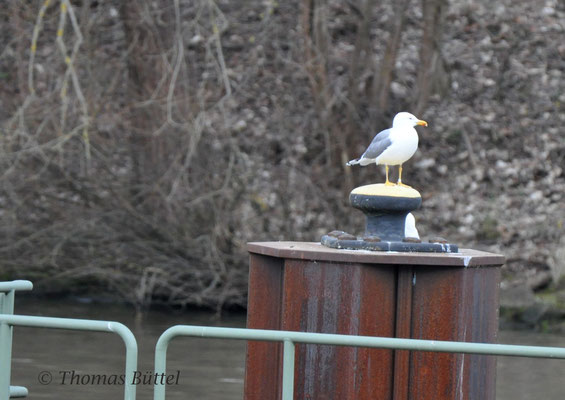 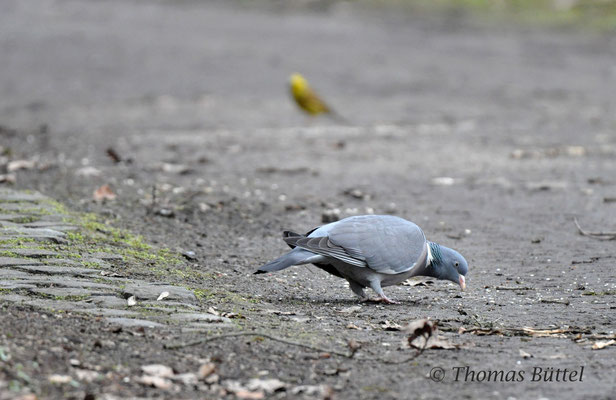 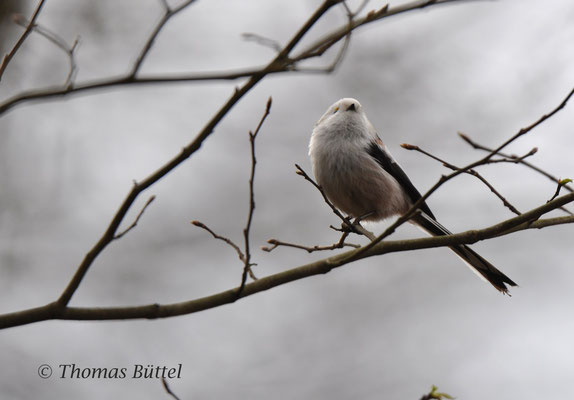