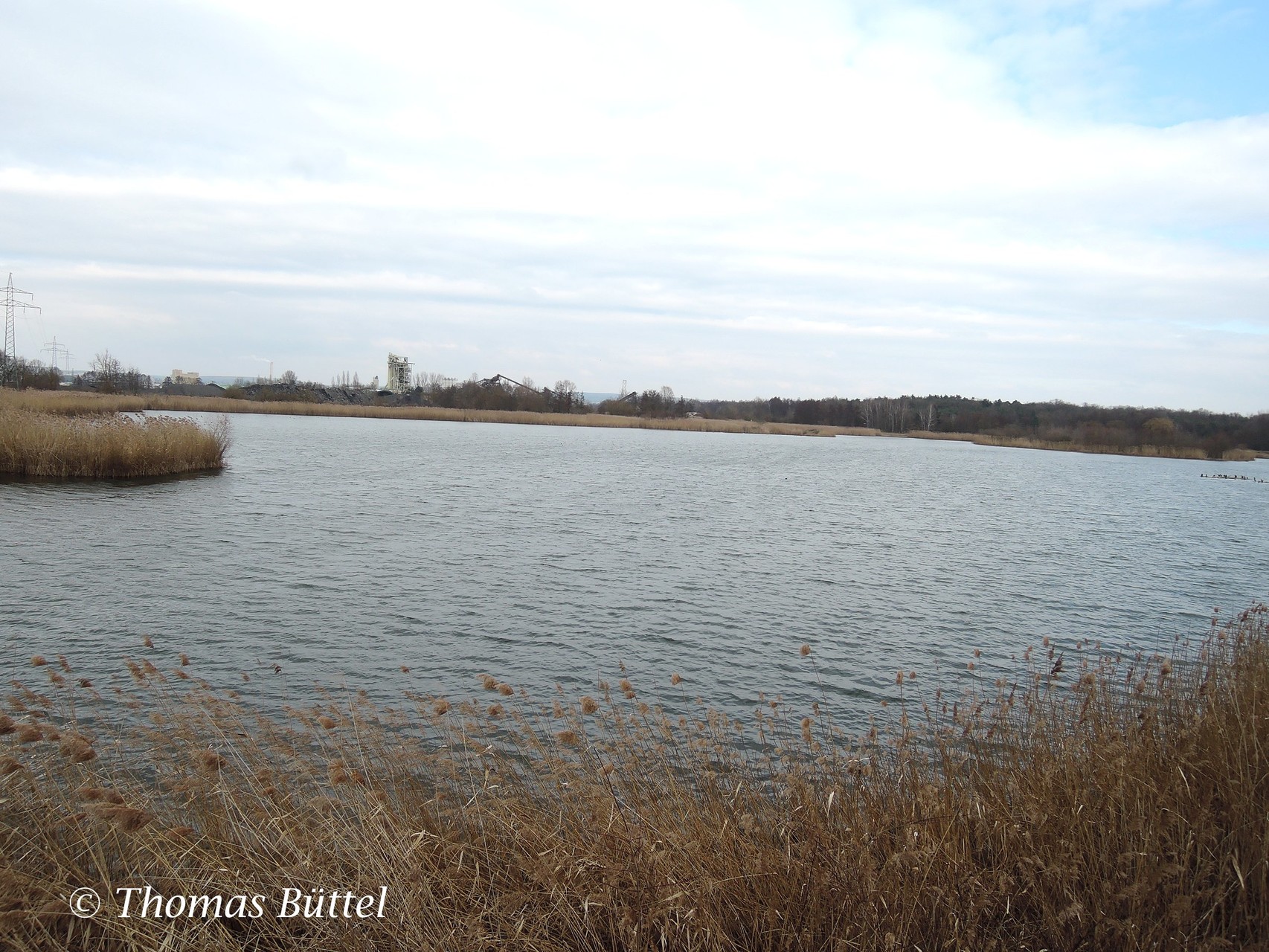 As mentioned a week ago I want to use the year 2016 for discovering new sites, which might even be featured in the next edition of the guide. Today I finally had a bit more time than usually and so I visited one of these "new" sites: the "Sauerstücksee" south of Schweinfurt, only a few kilometers northeast of the "Garstadter Seen".

Honestly, I can highly recommend this site, because along the 2 kilometers of the circuit walk you go through many different habitats and you have good chances to see a great range of breeders. However, the most of these won´t be seen there until in a few weeks, e.g. Bluethroat or Little Bittern. Therefore I barely recorded 30 species on the walk, which is still a good result regarding the season. The highlights were five Wigeons and 95 Greater White-fronted Geese, which is an extraordinarily high number of this species for the region.

Nevertheless, I was soon annoyed, since I saw some ramblers ignoring the several prohibition signs, that make absolutely clear that the areas behind these signs are important resting areas for migratory birds and may therefore not be crossed. More than once the geese were flushed and it took some minutes until they chose another calmer resting area, when finally the next ramblers came along and the game started again from the beginning. A bit frustating, but apart from that it was a really pleasant afternoon with several nice birds. 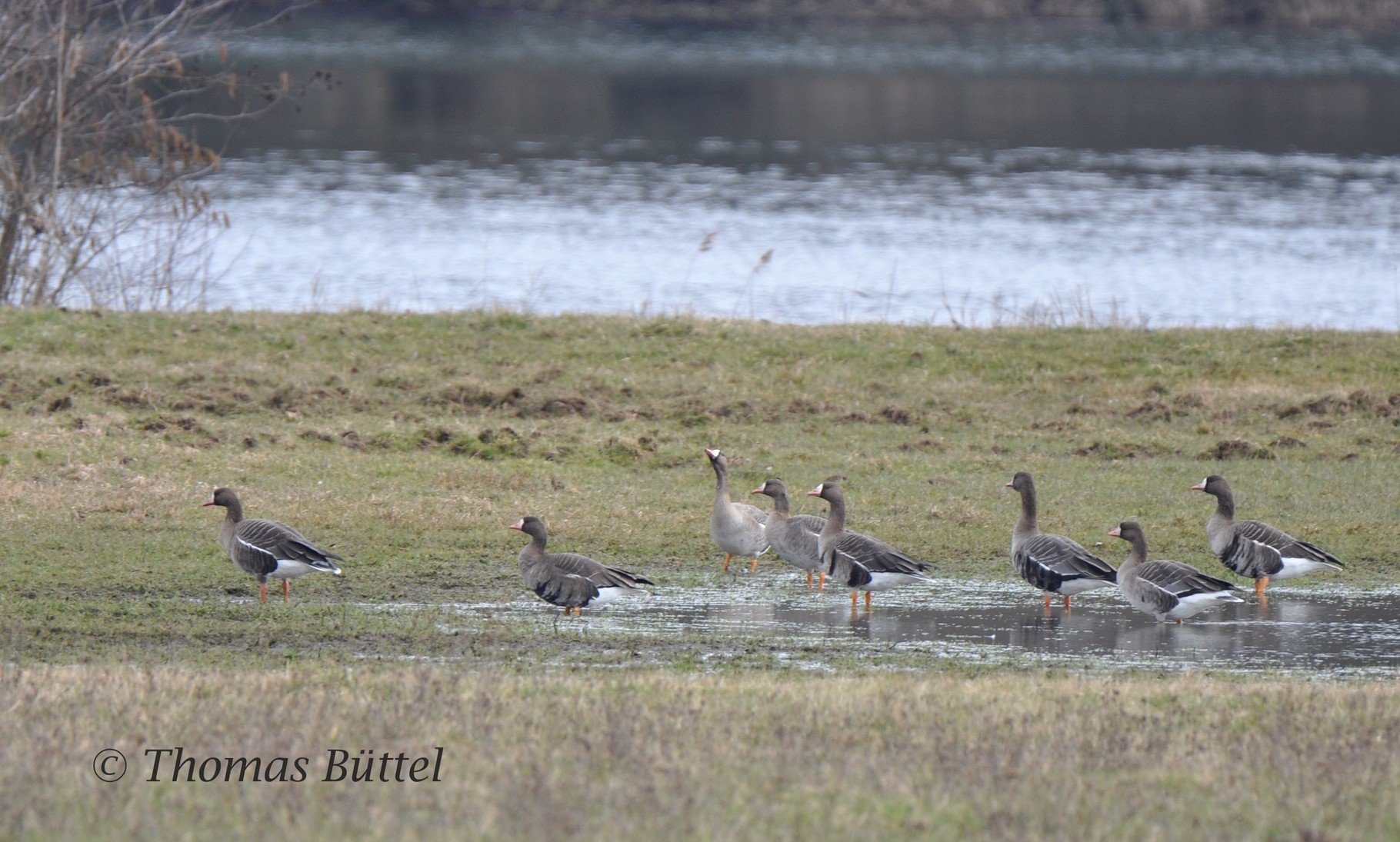 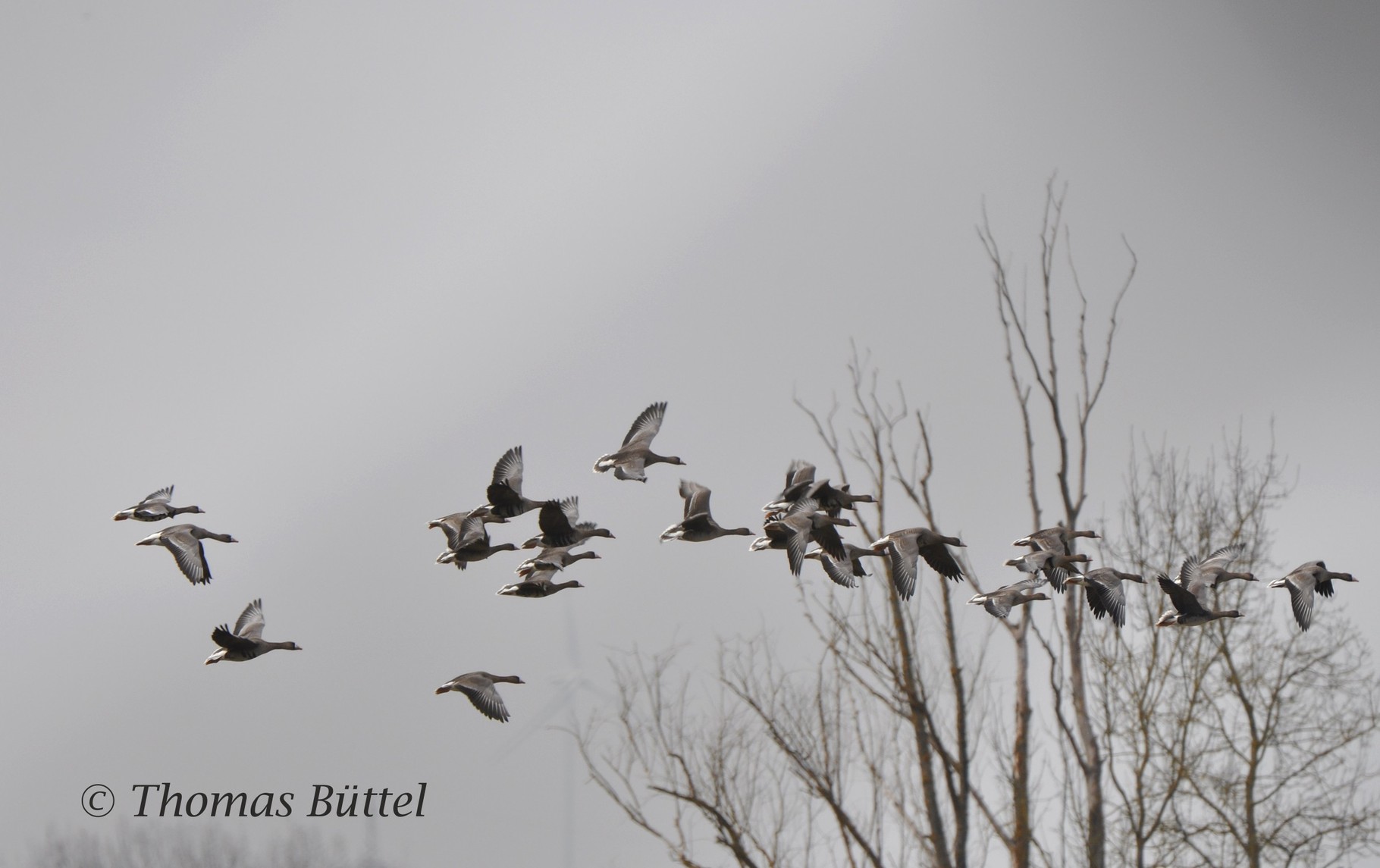 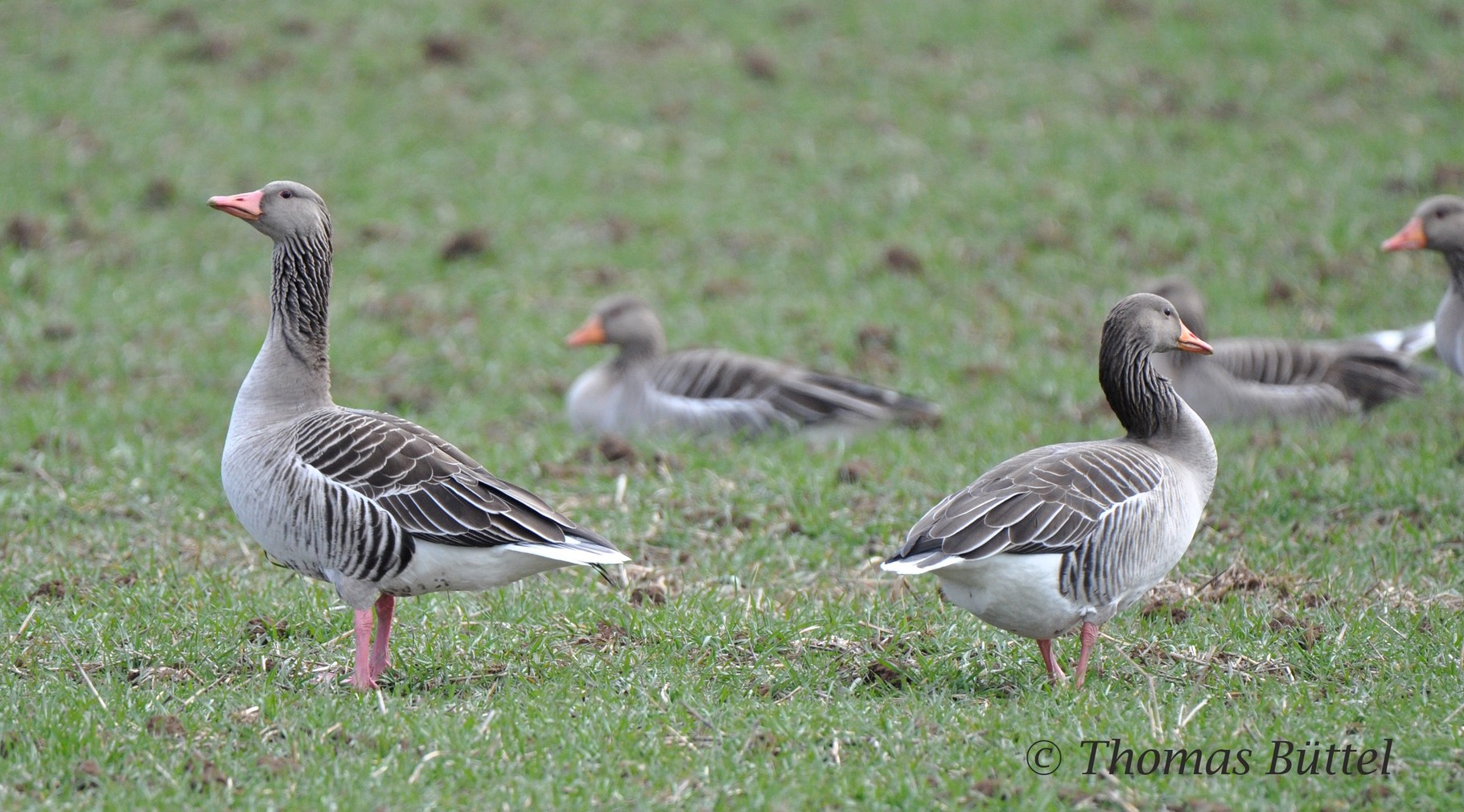 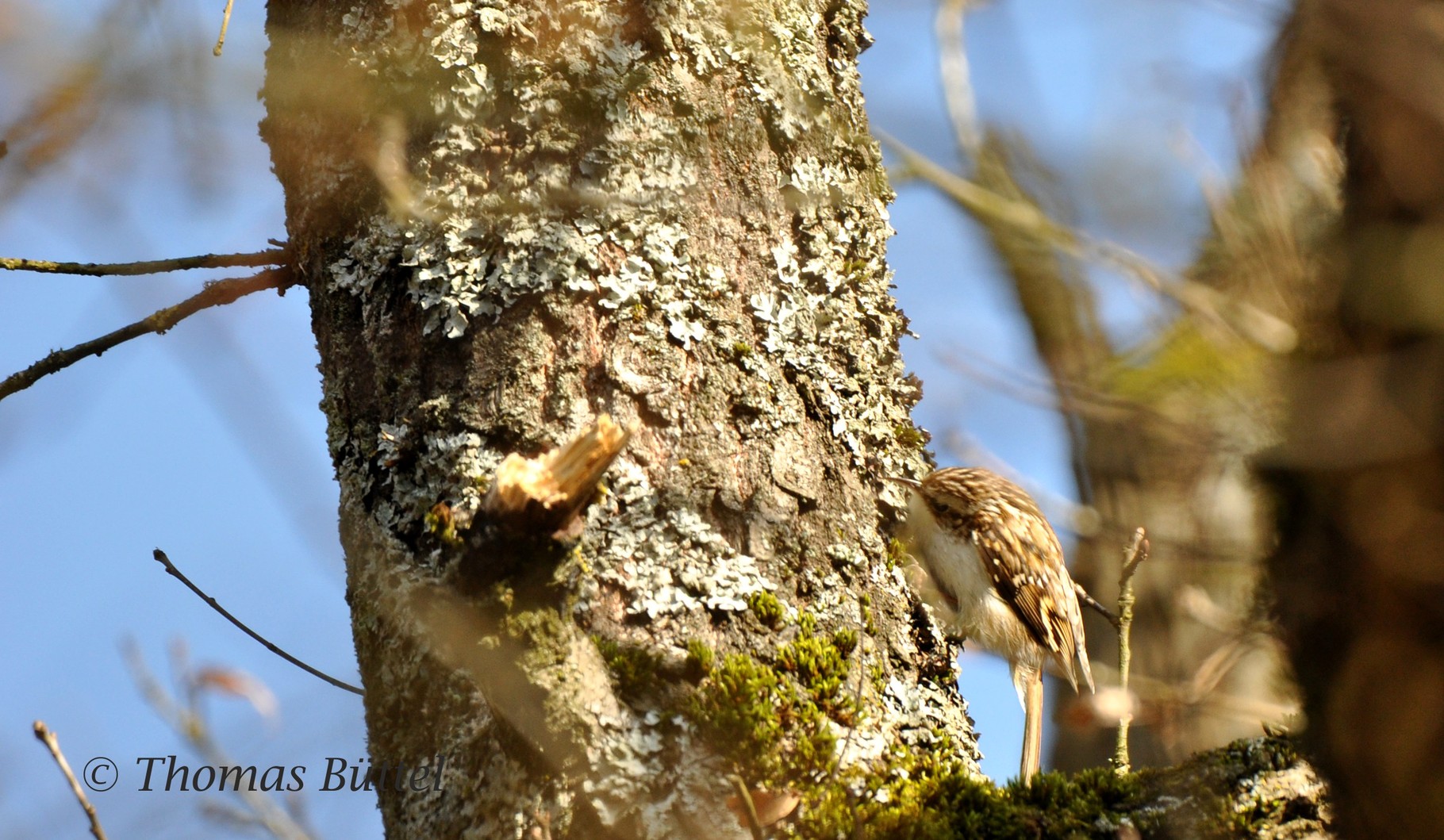