Most birders have a bird whose arrival marks the start of spring for them: Swallows, Wheatears and many more. For me it's the Bluethroat, a melodious gem which breeds in reasonable numbers along the valley of the river Main and is always a joy to hear and see. So I was delighted that yesterday the first individuals were seen at my favourite site the "Großer Wörth". The main problem with this species is that the chances of seeing one are only good for a few weeks, since afterwards they stop singing and are then almost impossible to find in the favoured large reed belts.

Today however they were singing loudly and were sometimes even perched on exposed branches, which made some decent shots possible. From the observation tower at the "Großer Wörth" I observed furthermore a nice Black Kite, dozens of Swallows and my first House Martin of the year. The air was filled with the songs of Chiffchaffs, Dunnocks and the first Willow Warblers. In sum three year ticks within the first couple of minutes, not a bad start! 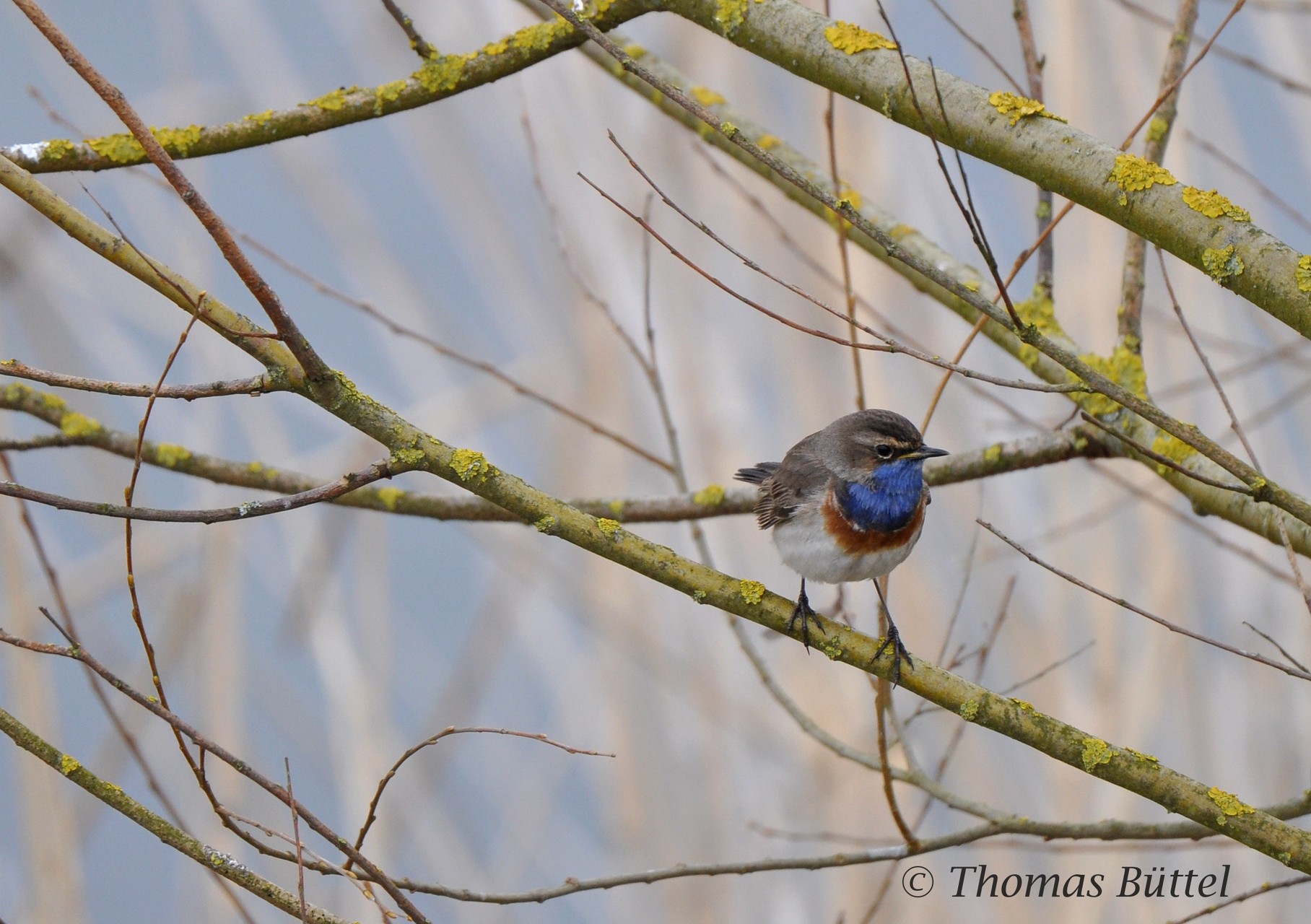 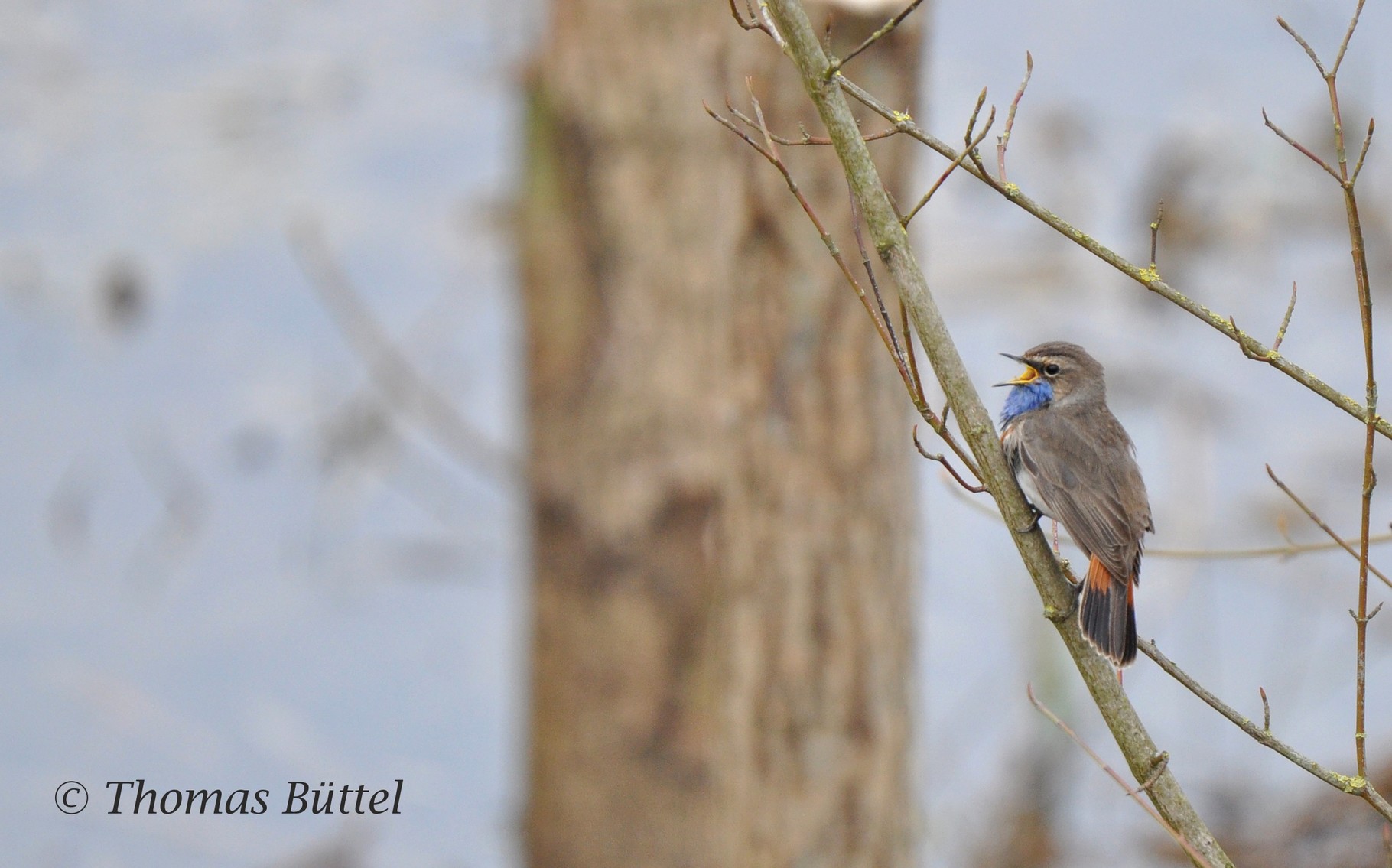 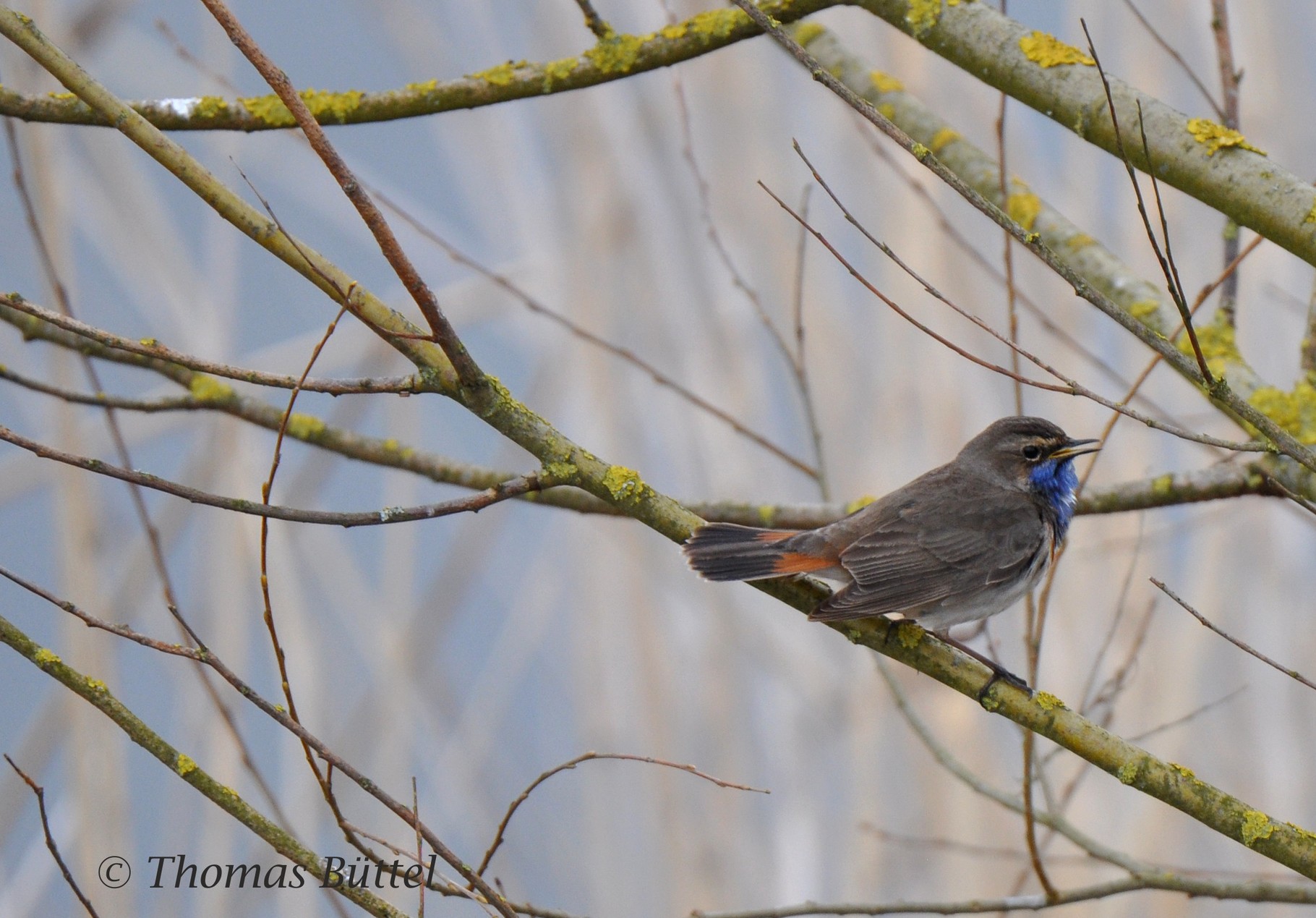 In the winter half-year I usually just go to the shore and set up my spotting scope there, since the lake is nearly circular and can therefore easily be overlooked. This strategy however only works with waterfowl and not with song birds. So I had no choice, I had to walk around the lake in hope of some further Bluethroats and of the Willow Warblers which I had already heard from the tower.

Unfortunately, this was just wishful thinking. In fact, I only found one distant Bluethroat hopping between the bushes. Perhaps it's better in a week when the males start to mark their territory, but for now that's all I got. Also the Willow Warblers weren´t to be seen and I didn´t even have my recorder to document their songs. This would have been absolutely necessary, because one of them seemed to sing like the mixed singer which I had intensively studied last year. To top it all it started to rain after a while so I needed to wrap my camera.

However, even when the weather wasn't as nice as I had hoped the birds performed well: Numerous Chiffchaffs, dozens of Eurasian Robins, Reed Bunting and the list goes on and on. Only the water birds were not so interesting, mainly Tufted Ducks and not the reported Shovelers, maybe next time.

On the way back home I spotted finally two Marsh Harriers which were my fourth year tick on this day and rounded the whole trip nicely up. That's what I call spring. 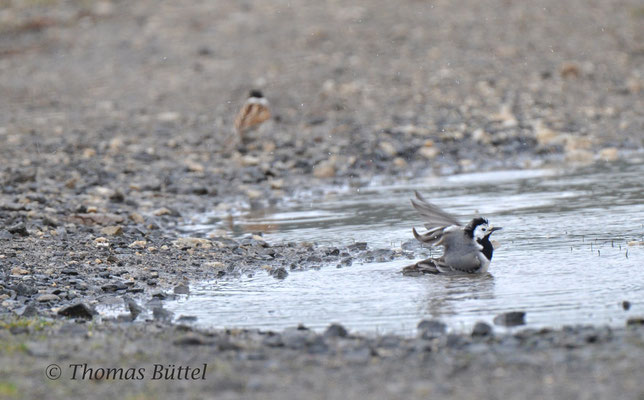 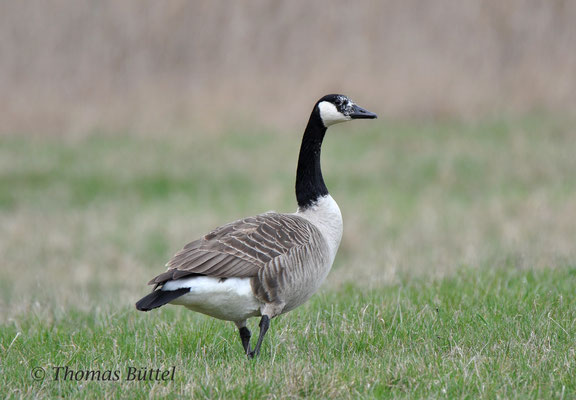 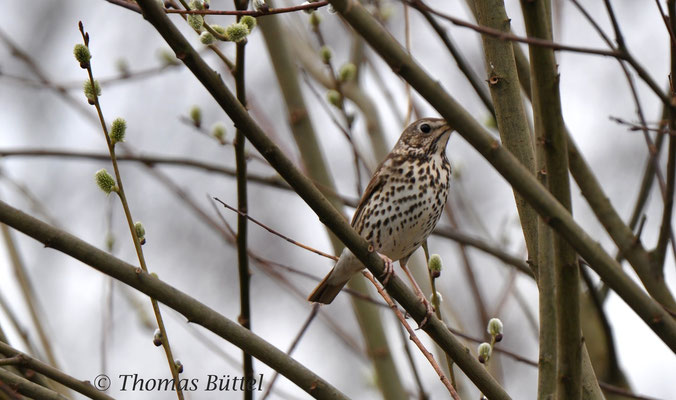 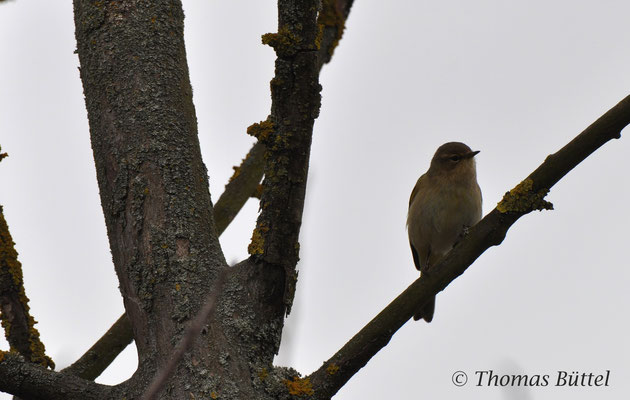