March was a very productive month for me, especially over the last week, but my trip into the Fichtelgebirge this morning dwarfed any of these last days. Franconia's highest low mountain range is sadly also one of the least visited birding destinations in Germany, although the dense spruce woods hold several top breeders like Capercaillie, Ring Ouzel and surprisingly Three-toed Woodpecker. In fact, I could find only five species lists on ornitho.de for this area which is quite miserable. Time to change that.

I selected a hiking tour that connects three interesting areas, the peak of the "Nußhardt", of the "Schneeberg" (highest elevation in Franconia: 1053 m above sealevel) and of the "Haberstein". Starting point was a big car park next to the road in the valley. Unfortunately the weather was rather April like and so I had to wait until 10 am when the rain eventually stopped.

Nevertheless, even at the parking ground the songs of almost any expectable bird could already be heard: Chaffinches, Goldcrests, Coal and Crested Tits were not only there but also in the whole area constant companions. However, it was much more surprising that on all paths snow was still lying, which made some stretches slippery and difficult. 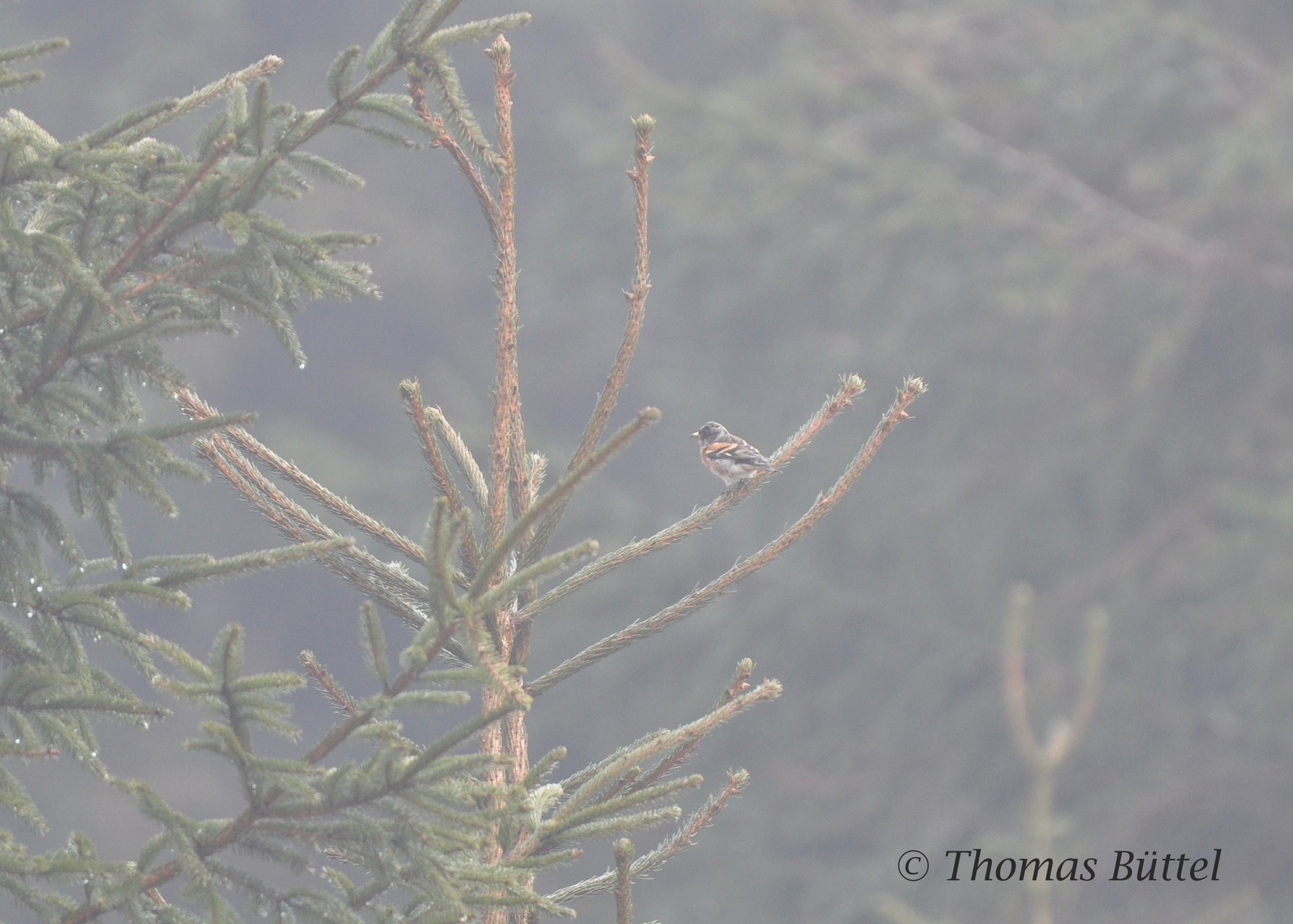 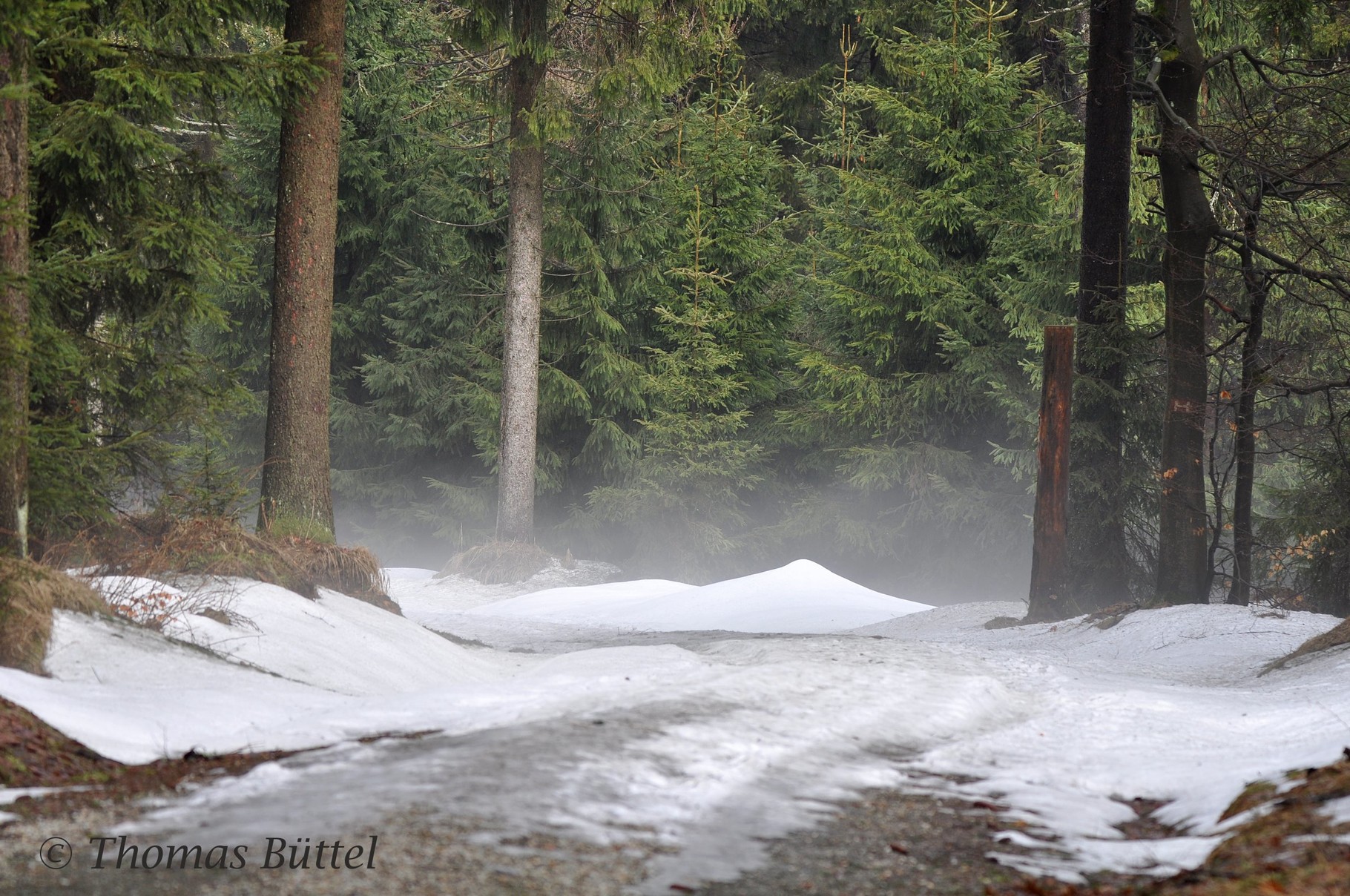 After an hour eventually the sun came through the clouds touching the world in a golden light, which seemed to consist of nothing else than spruces. While I was so astonished of this sight, I almost missed the Marsh Harrier, which headed northwards in this moment, for sure a rare encounter in this region.

Fortunately the weather stayed fine until I reached the top of the "Nußhardt", where a beautiful panorama and some flying over finches could be enjoyed. Here I also observed my first Crested Tits of the trip, which I had so far only heard from the top of the trees. 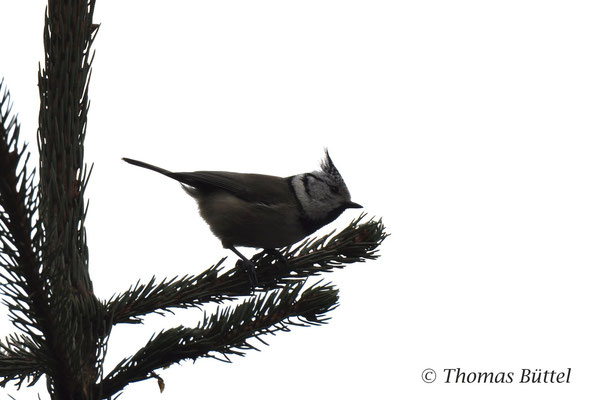 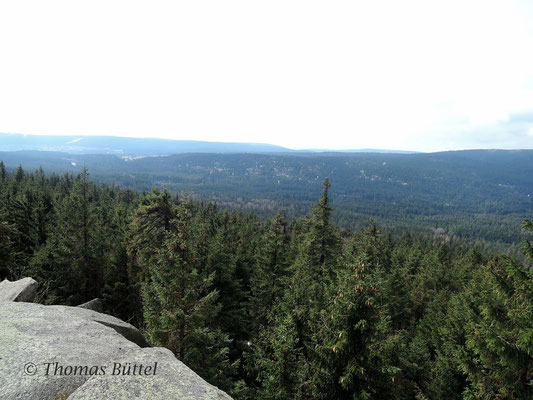 Next stop was the "Schneeberg", where I heard Red Crossbills, my first franconian Spotted Nutcrackers and also an unidentified thrush, which could have been a Ring Ouzel, a scarce breeder of the higher altitudes of the Fichtelgebirge. As the wind refreshened and the clouds returned, I resumed my hike.

It took no more than a couple of minutes until I heard the flight call of a Black Woodpecker, at first distant and then coming closer and closer, but unfortunately it stayed out of sight. This is somewhat annoying as this would have been my first sighting of this species since more than five years (although they are quite common in Franconia).

However, only some hundred meters after that the next one was calling followed by a second and a third! Finally one of the excited woodpeckers flew through the forest changing several times its position which made it almost impossible to photograph. Anything I have is a record shot of the bird behind some branches.

While I was busy with the Black Woodpeckers, another woodpecker was drumming in the background. Fortunately, I had prepared myself in advance so that it wasn´t difficult to indentify it as Three-toed Woodpecker. What a success! I tried to record the drumming, but for some reasons the settings were wrong and so nothing can be heard on the recording. At least a sign of life of this rare woodpecker.

After a bit more than four hours I reached the car park again, exhausted but pleased. Now it can only be hoped that more birders visit the Fichtelgebirge in the future. For me it's hardly understandable that a site where so many alpine species can be seen is so neglected by the german birding scene. 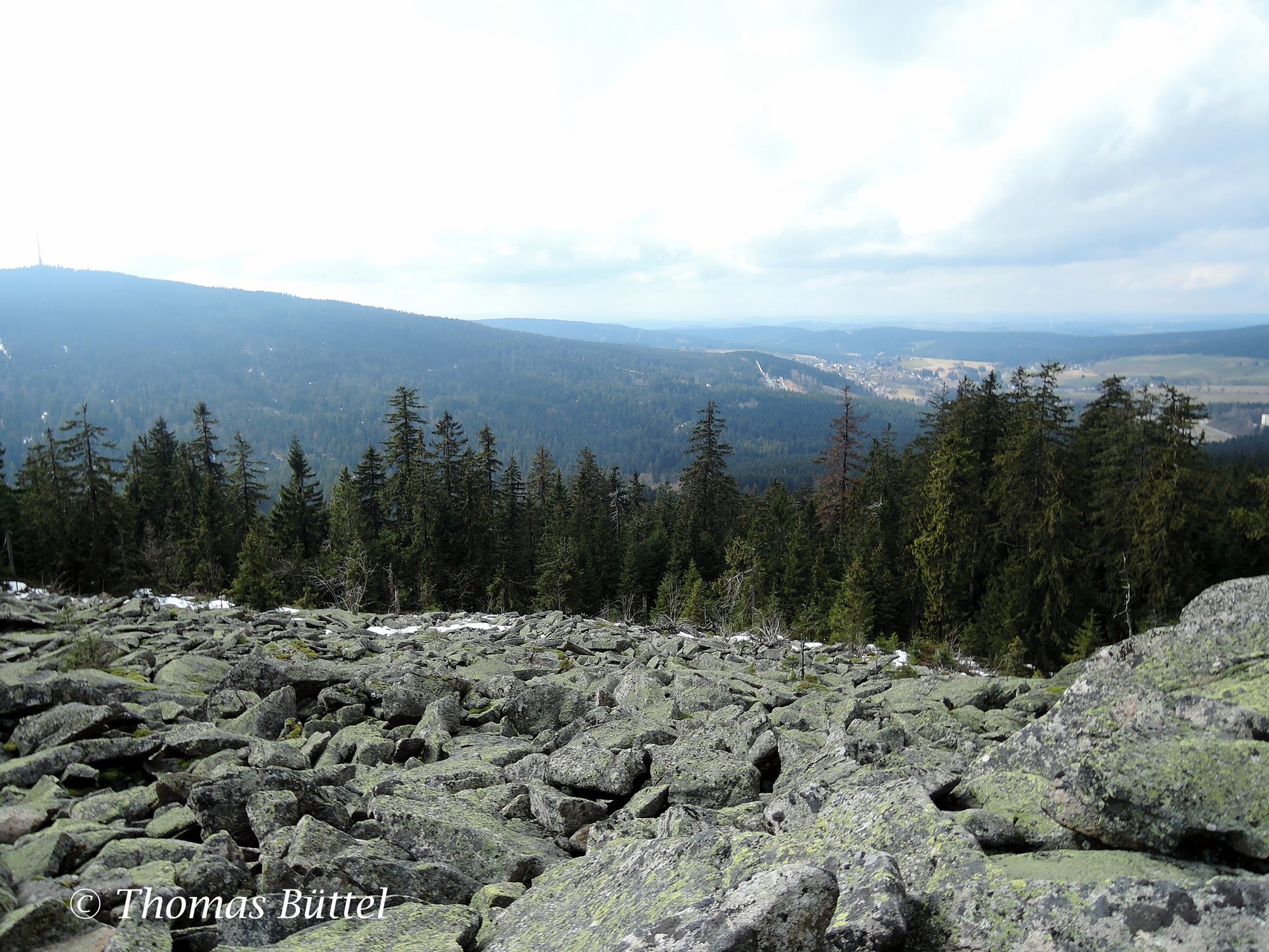