Flycatchers in front of my lens

Two days ago I got a new camera, more precisely a Nikon Coolpix P900 with 83x optical zoom (equivalent 2000 mm). This is quite much compared to my current telephoto lens (Tamron 150 - 600 mm) and also to the magnification of my scope. However, I had to wait until today morning for testing it under real-life conditions and not only through the window.

When I arrived at 7am at the car park of the Luisenhain the sun was already shining brightly and a chorus of dozens of songbirds sounded through the wood. My main target species were the Pied Flycatchers, which had arrived and obtained their territories a week ago. On the way to the first traditional nestboxes I made some test shots with the new camera, which were however of very poor quality due to the low light. As a matter of fairness I have to add here that my DSLR also had problems there.

After half an hour, when the light conditions had eventually improved, I finally found the first singing Pied Flycatcher,  which was always switching between "its" nestbox and some exposed branches getting sometimes very close to me. Here I spent a couple of minutes experimenting with the new camera and its settings. See below for the results. 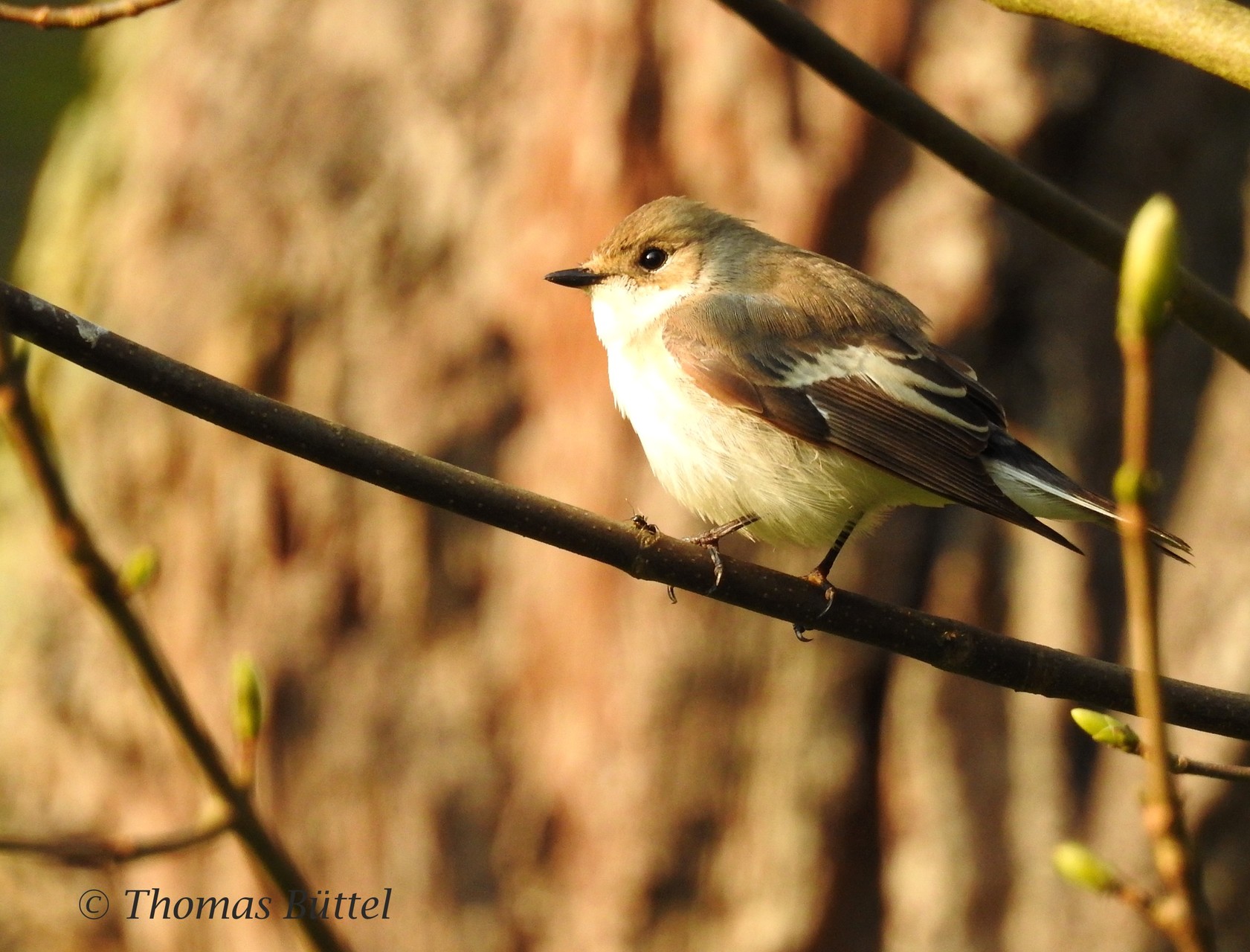 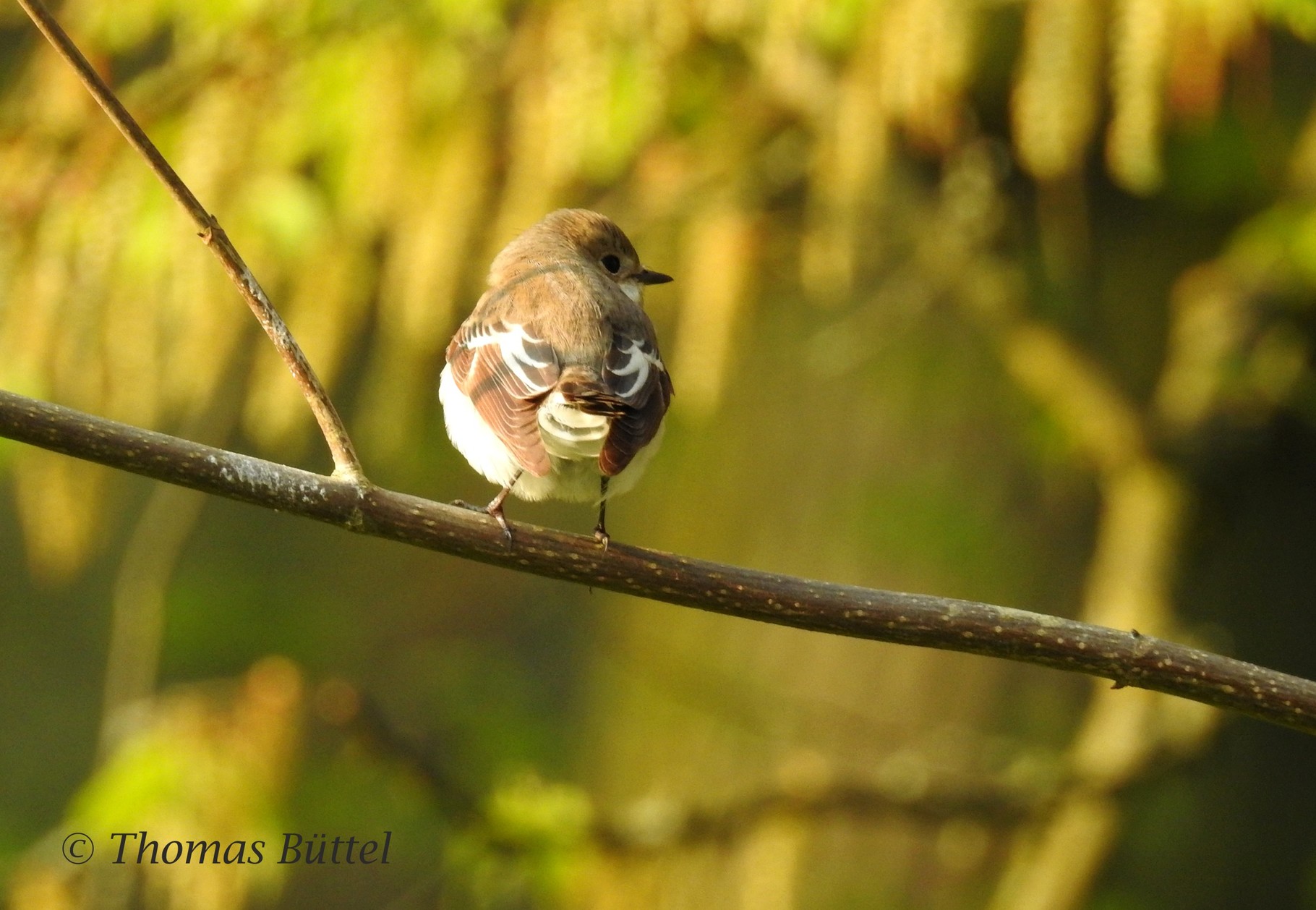 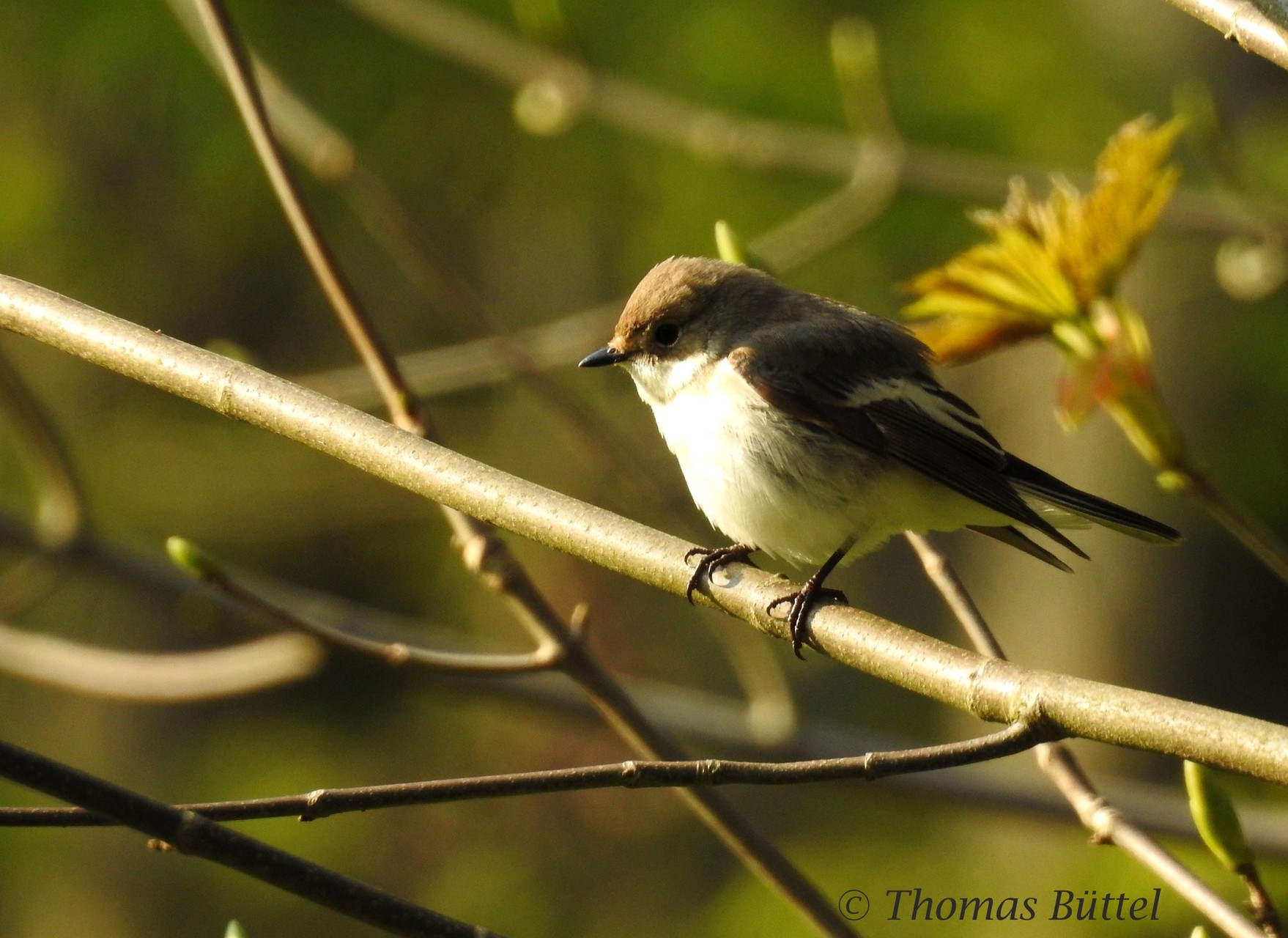 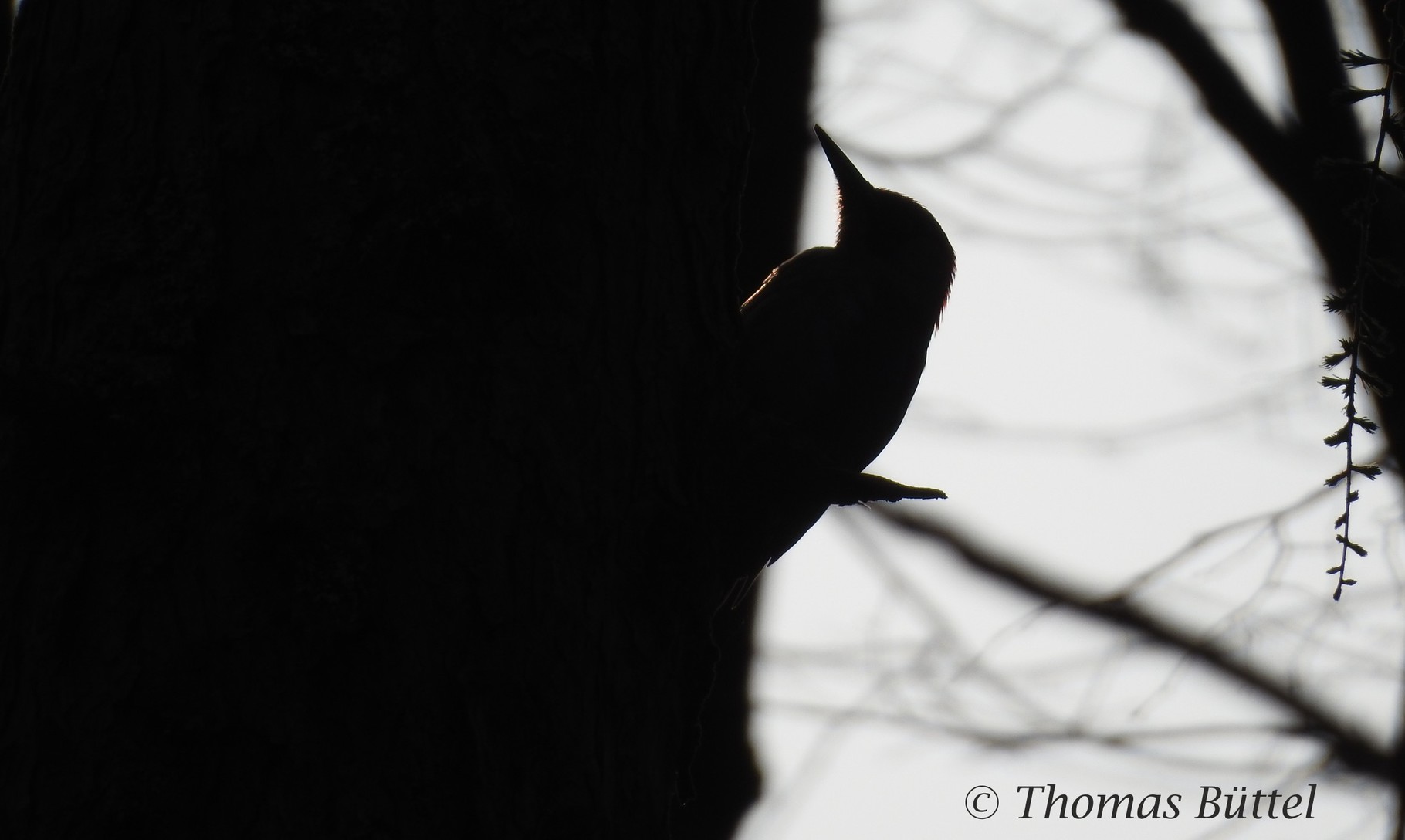 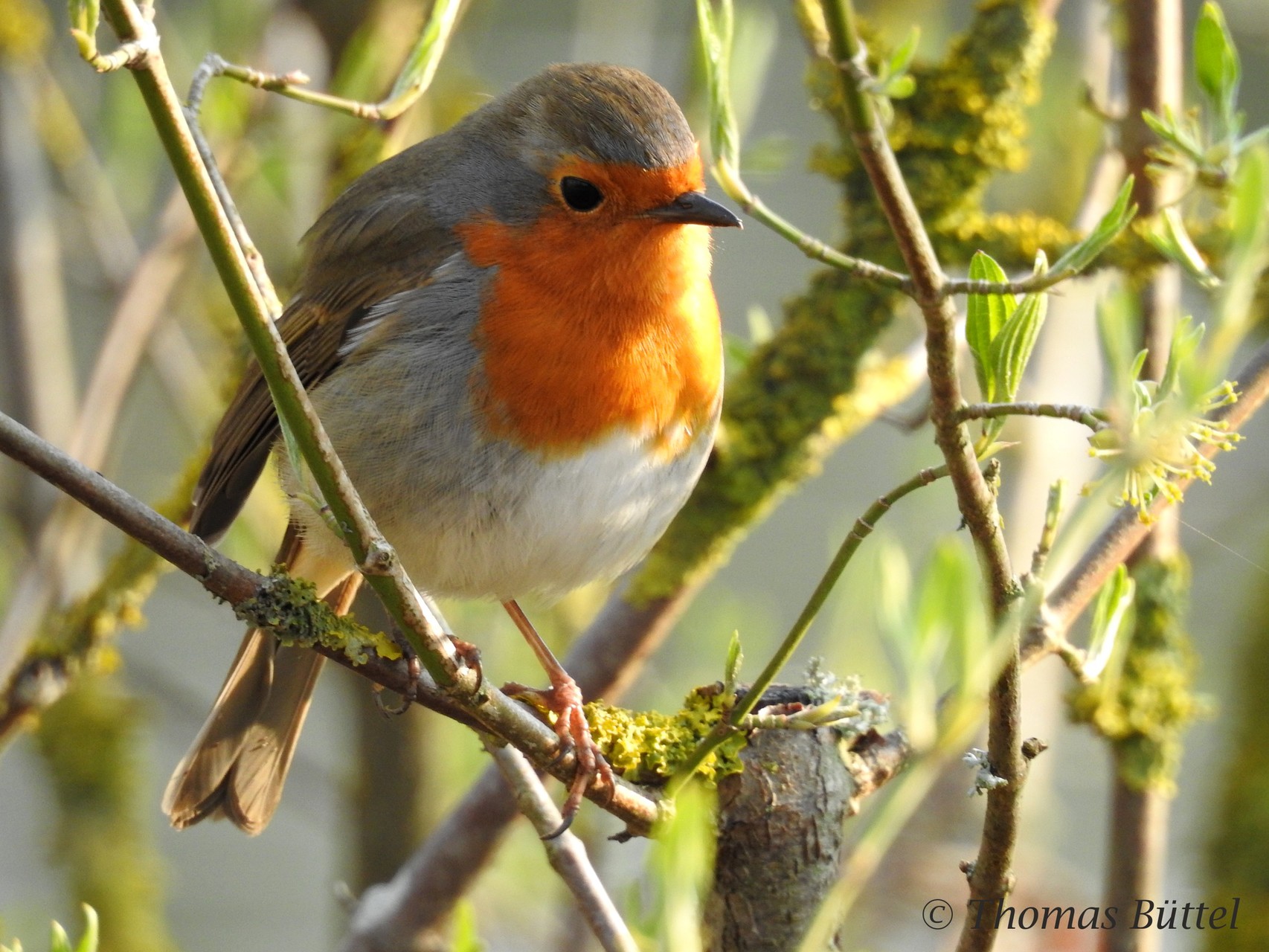 Of course, I also took some pictures with my DSLR and the telephoto lens, which handled the still rather weak light a bit better. However, here it must be said that the kit costs twice as much as the Nikon Coolpix P900.

Comparing the results of both I think, it can definitely be said that the Nikon Coolpix does a very good job for the price. It's really amazing how good the pictures are despite of the immense magnification. Below there are the pictures taken with the DSLR. 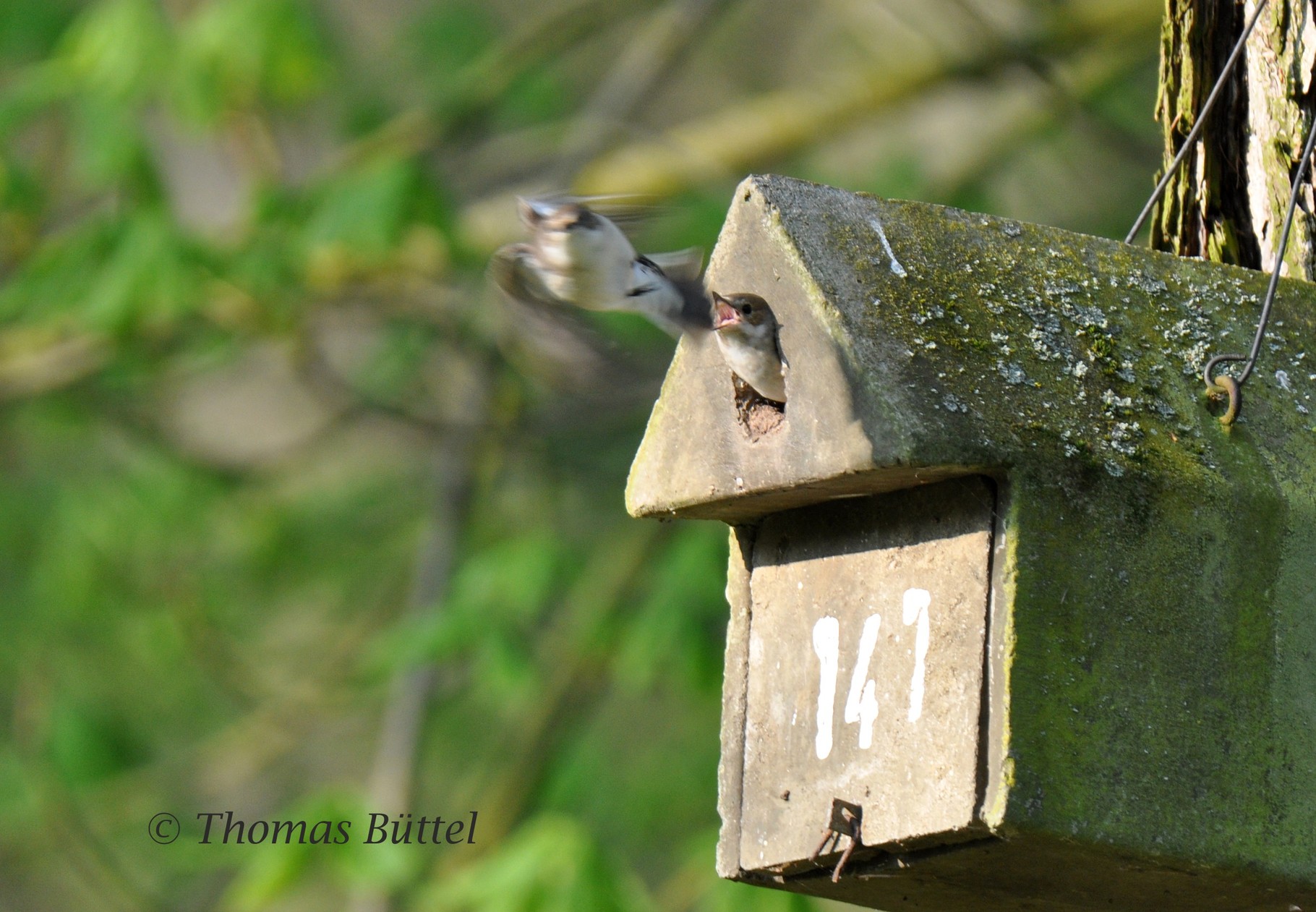 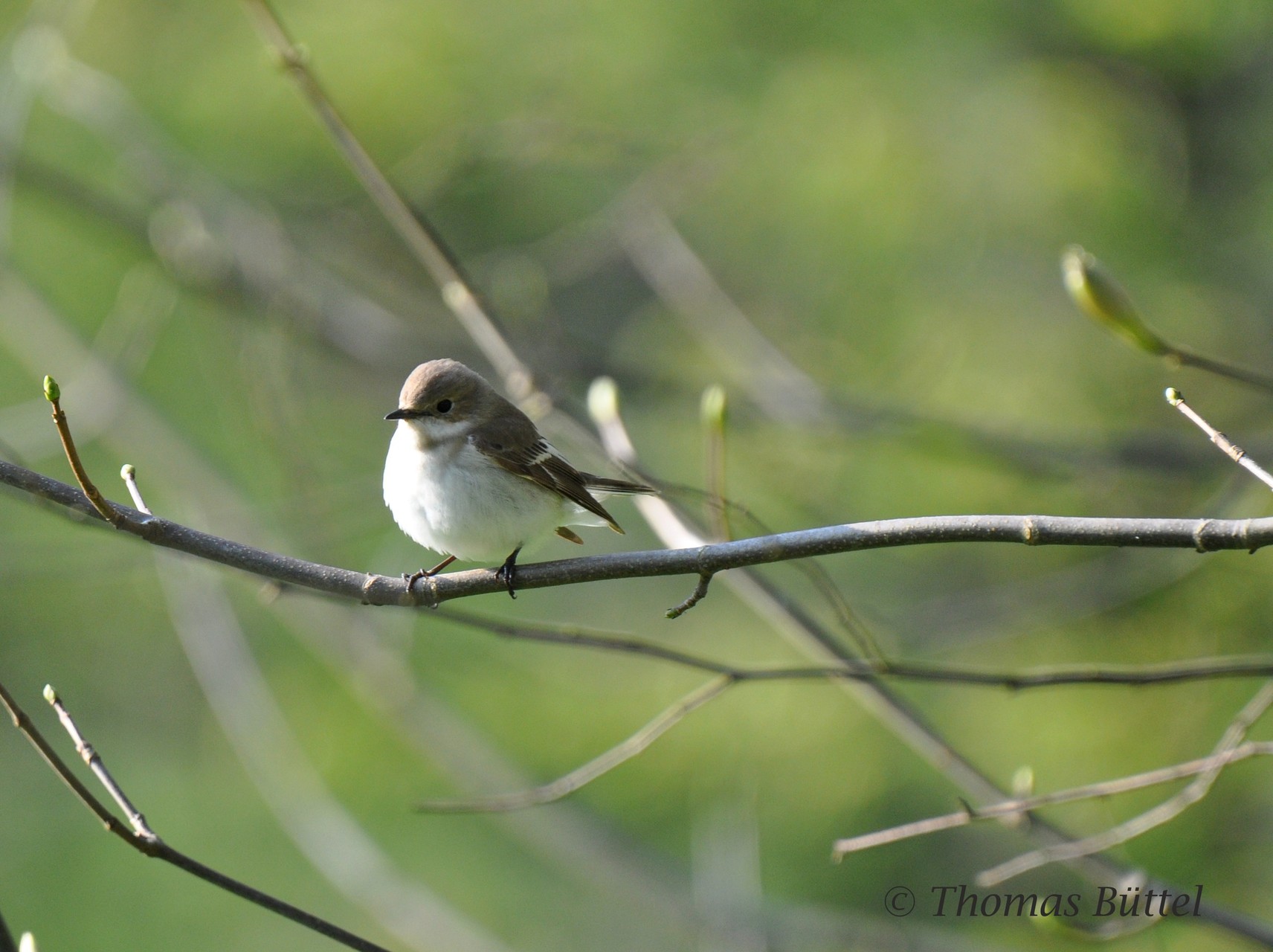 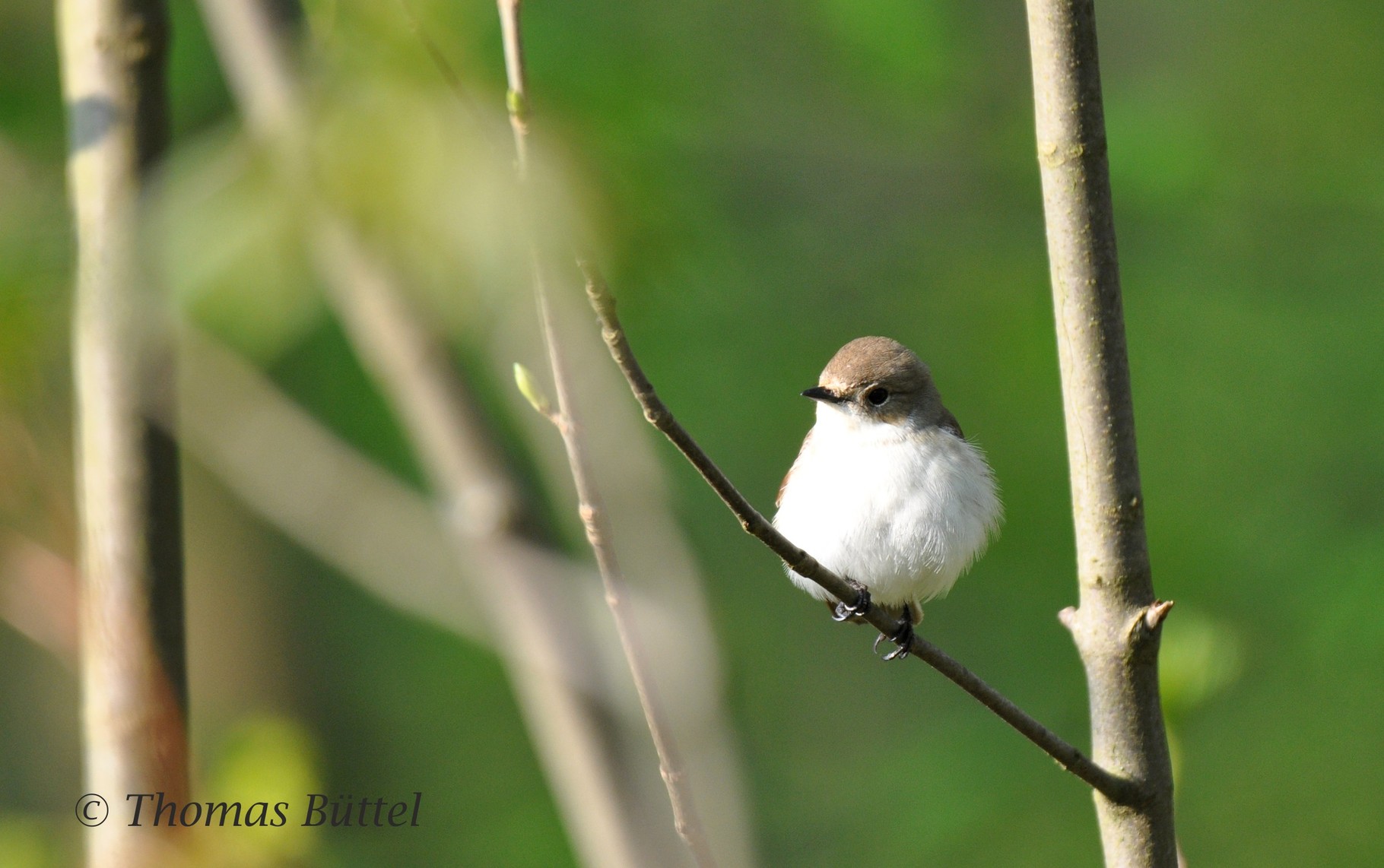 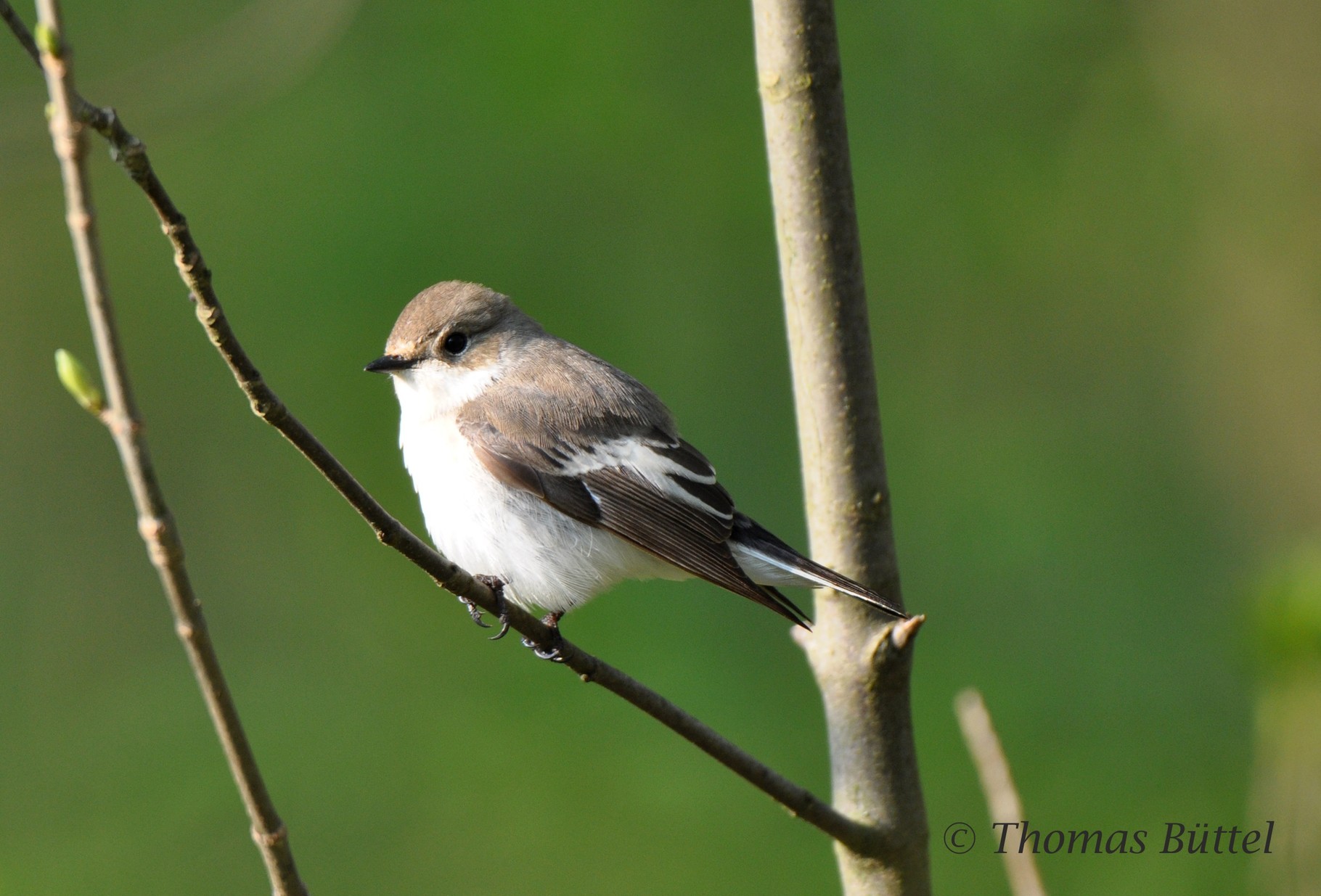 Afterwards I resumed my walk, but it took not more than five minutes until I came across another flycatcher which was perched on a branch. Strikingly it showed a very large white primary spot, which is a feature of Collared Flycatcher. In fact, females and 1st winters of both species look almost identical and are very difficult to identify. So I can't be absolutely sure, but the white on the primaries went at least to p6 (counted from the innermost primary), while it should only go to p4 at Pied Flycatchers.  At the moment the bird is discussed, hopefully we get some further results.

Any comments on the bird are very welcome! 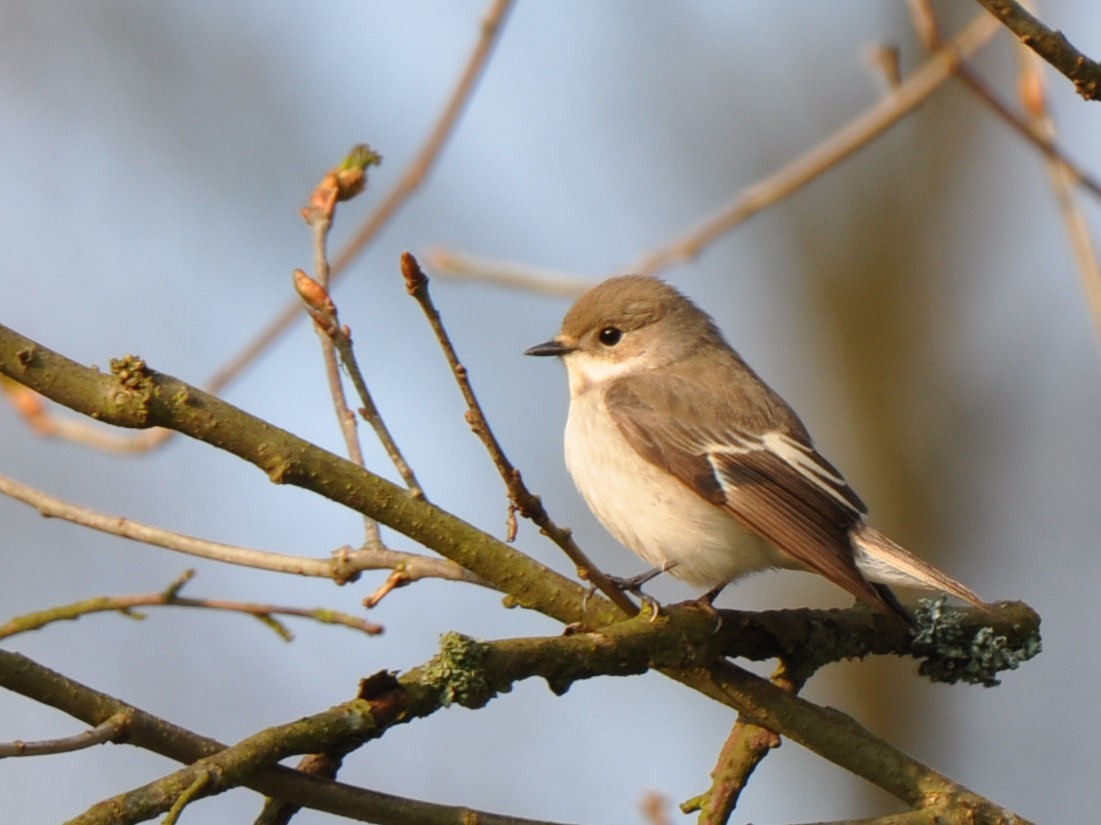 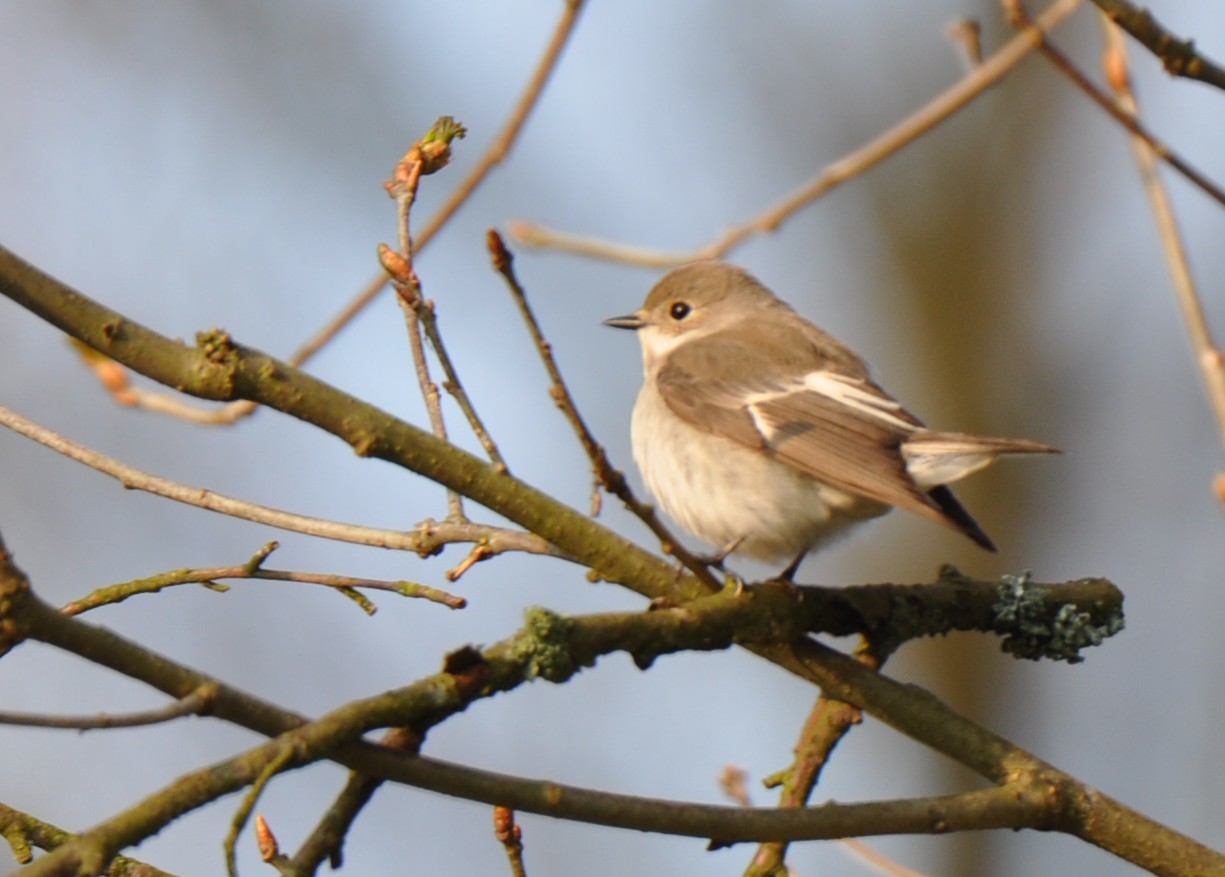