Some time ago I said that there would be another edition of the guide, which will include a couple of new sites and will generally be more detailed. Today I can officially announce that I've started with the development process. However, before I can create maps and write the texts, I want to visit these new sites at least once, in order to get some basis information (e.g. how much time should you consider for a visit, etc.).

This describes the purpose of my Lower Franconia Tour perfectly and so I started in the morning with another very reliable site for one of the highlight species of Franconia, the Ortolan Bunting. I selected for that the Dorfkulturweg around the village Willanzheim, an one-hour-drive away from Bamberg. While the weather had looked rather promising in Bamberg, the sky was almost completely clouded when I arrived at 8 am at Willanzheim.

Nevertheless, it was still a very nice walk, that reliably delivered Ortolan Bunting, Corn Bunting and Turtle Dove, even if there weren't many chances for photos. Only Montagu's Harrier and Collared Flycatcher didn't work, but especially for the latter it might already be a bit late in the year, at least the song activity had already tended to zero a week ago. 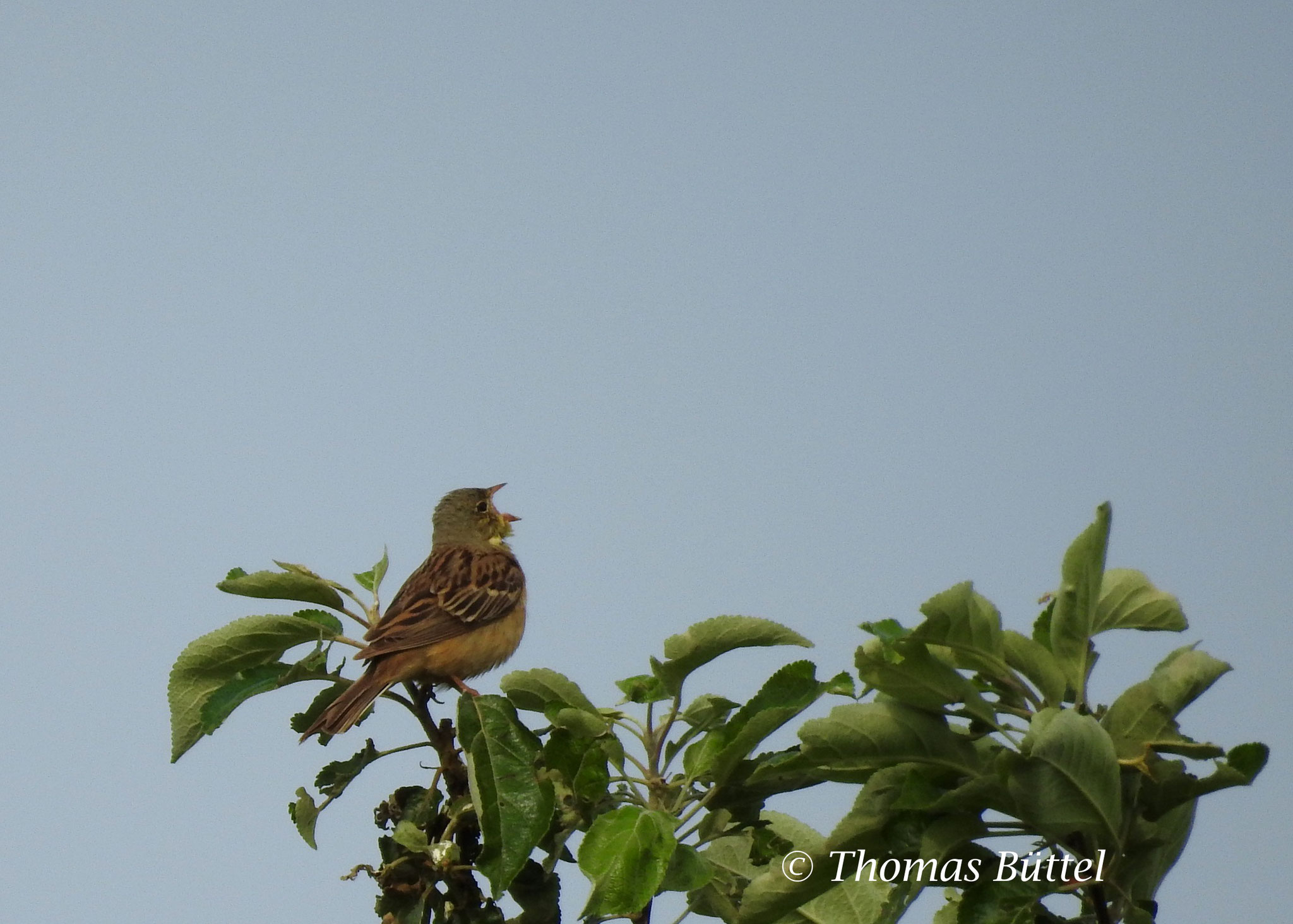 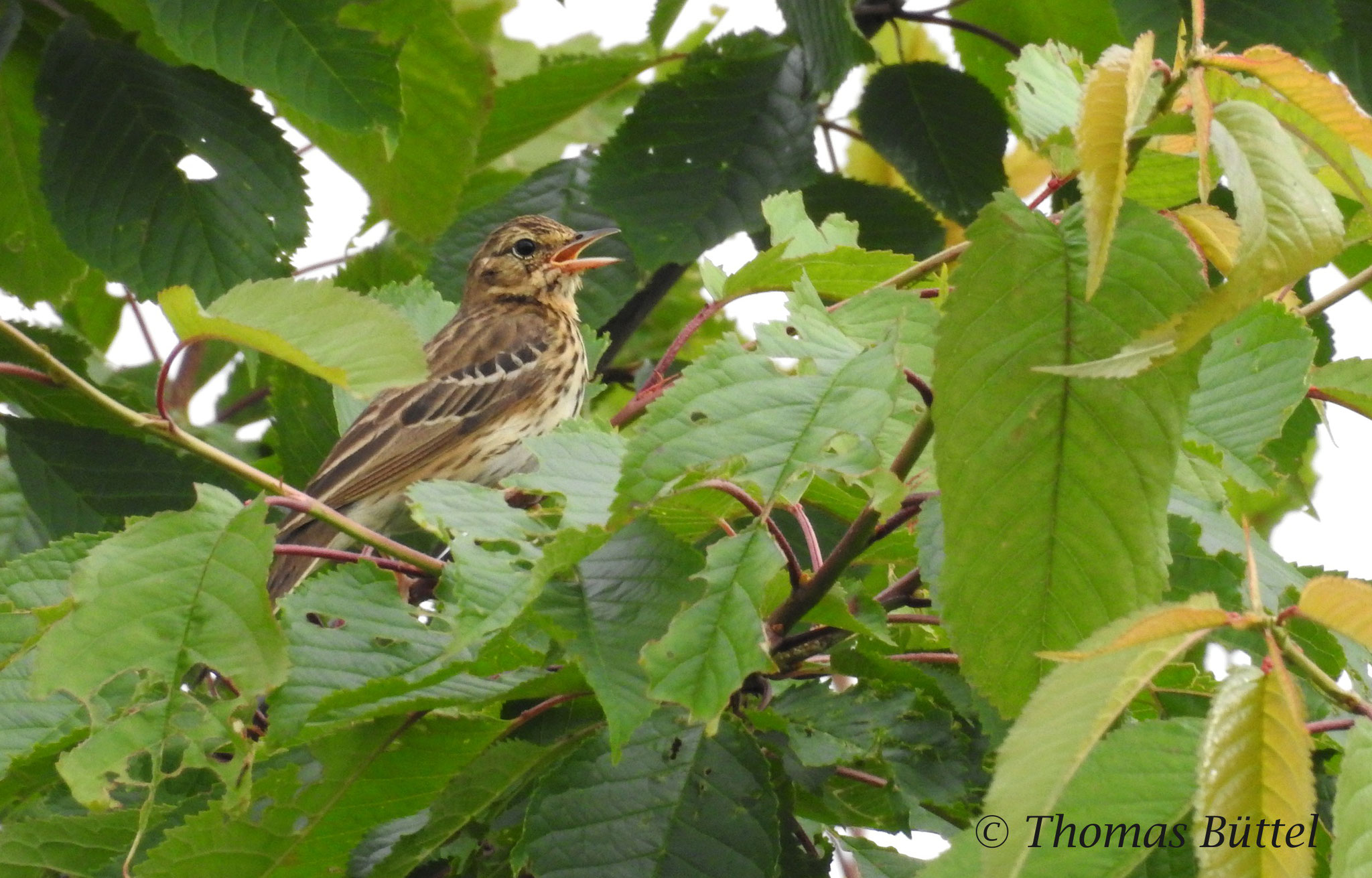 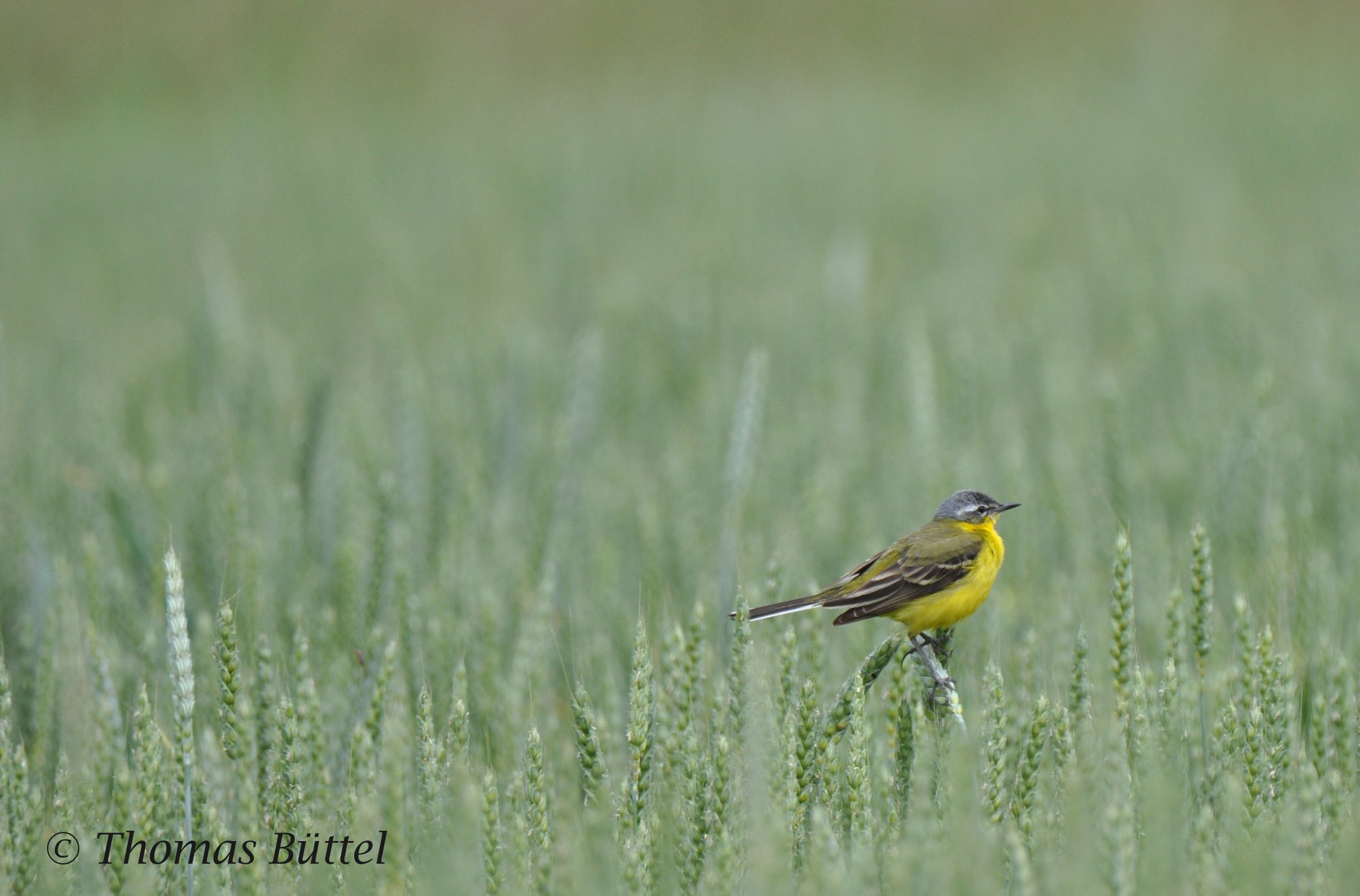 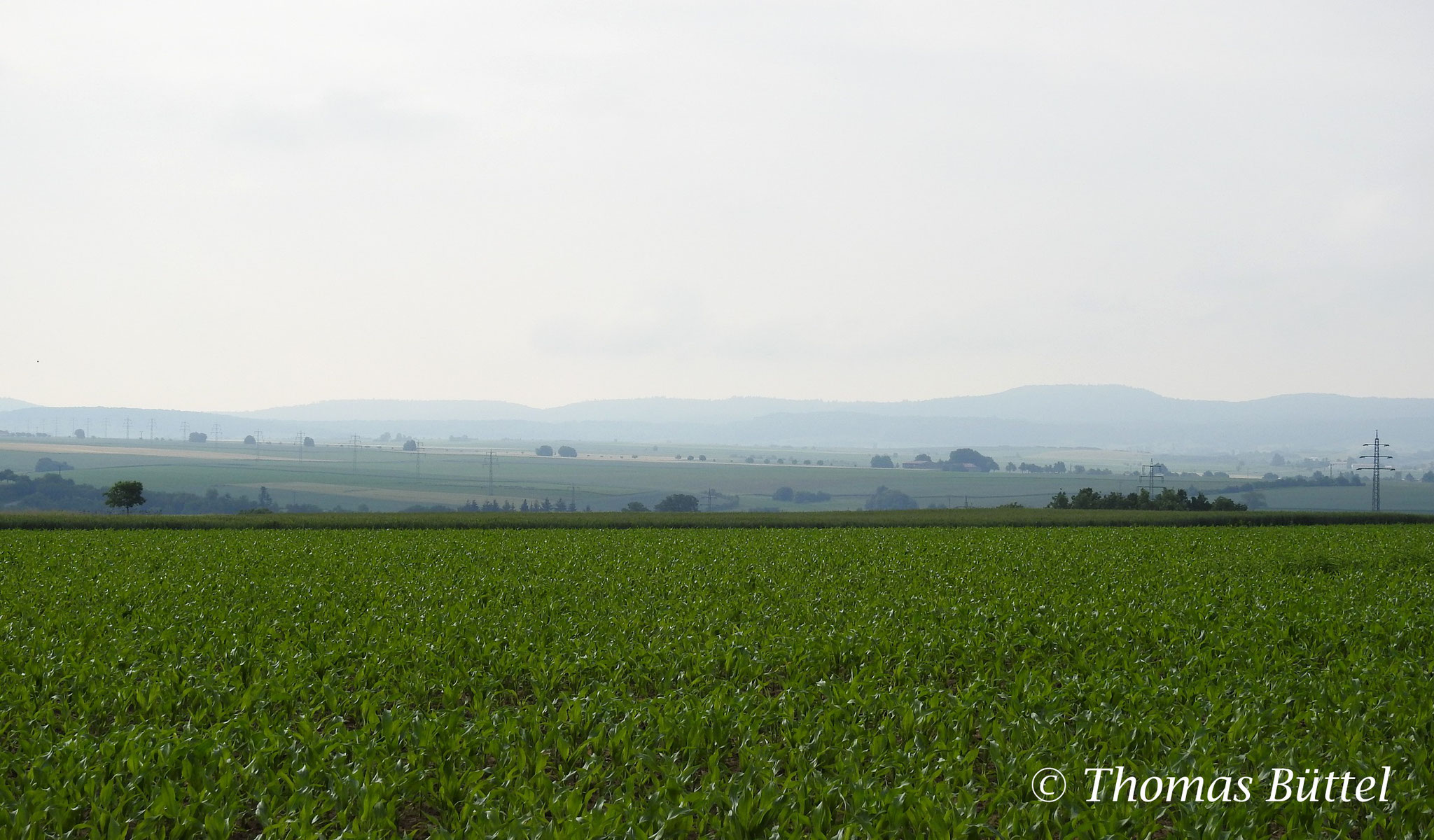 Afterwards I turned my attention to the local ponds which hold a surprising variety of breeders. The first was the Hörnauer See, a large fish pond with a broad reed belt, where Red-crested Pochard, Little Bittern and lots of Reed Warblers breed. The best thing about the site is that you can drive fully around it and can get here and there very close to the shore. Unfortunately, it was noon when I arrived at the site, but despite of the low bird activity I'm quite pleased with what I got. While the myriads of Marsh, Great and Common Reed Warblers were rather elusive and never gave me a chance for a good picture, the ducks were very confiding, although the light wasn't good for photos. Nevertheless, I enjoyed the walk and I'm sure that it can be very productive at a more suitable time of day.

At the southern shore I spotted a medium-sized raptor hovering over the fields. I took some record shots and couldn't believe that I had just photographed a female Montagu's Harrier carrying nesting material! In Germany Montagu's Harrier is quite a rare breeder, the most important breeding grounds are situated in the Hellwegbörde in North-Rhine Westfalia and here in Lower Franconia. However, as far as I know the Hörnauer See is outside of the normal breeding range here, but who knows, after all the franconian breeding population has fortunately grown over the last years.

Finally, at the end of this Lower Franconia Tour I made a detour to the nature reserve "Alter und Neuer See bei Mönchstockheim". The two lakes have one of the broadest reed belts I've ever seen and quite a lot of superb breeding species like Black-necked Grebe (only breeding site in Lower Franconia) can be found here, yet there are almost no insights on the water areas, which makes the birding rather uncomfortable. I'm not sure if these two will be part of the new guide, we'll see. 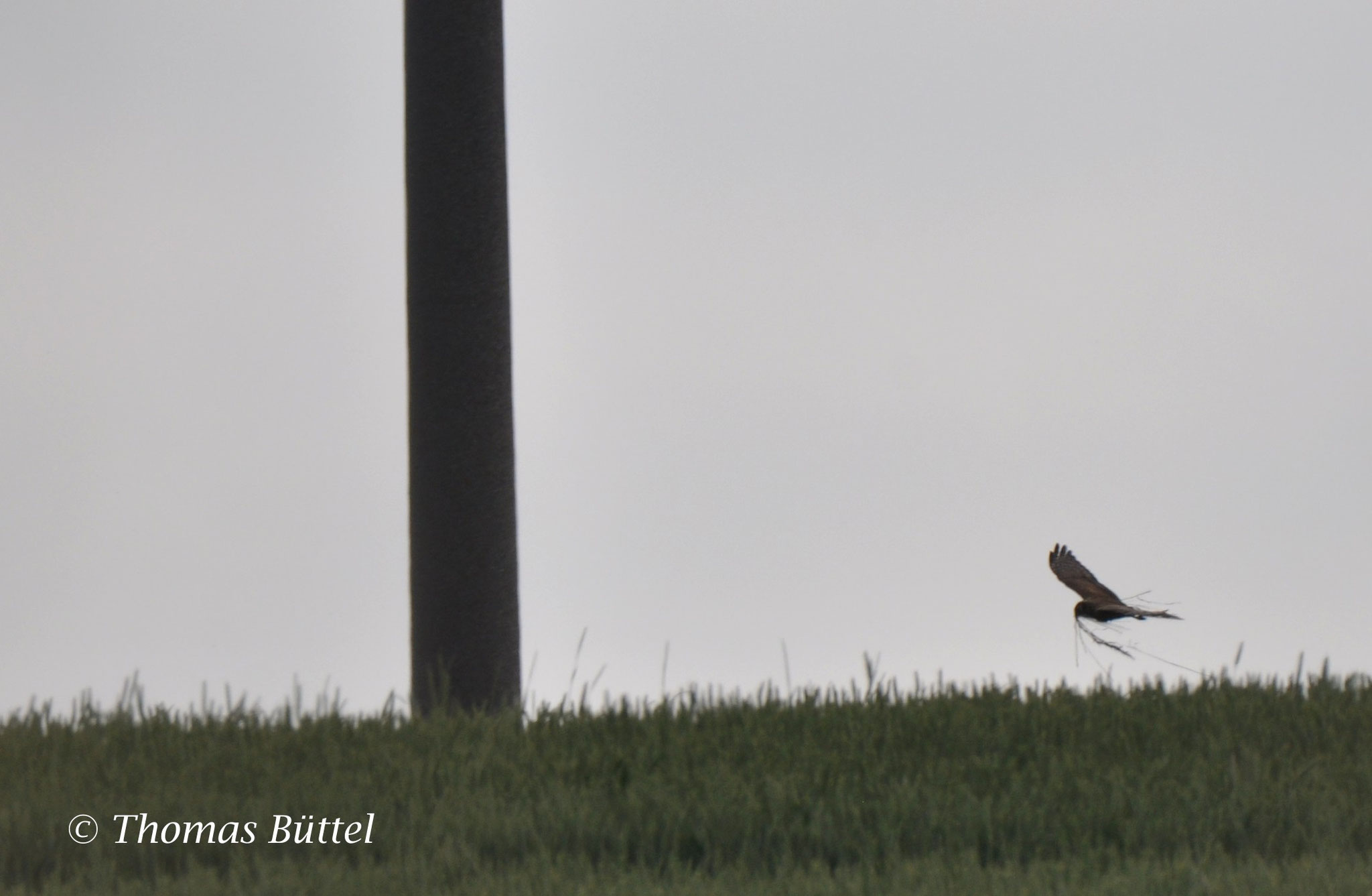 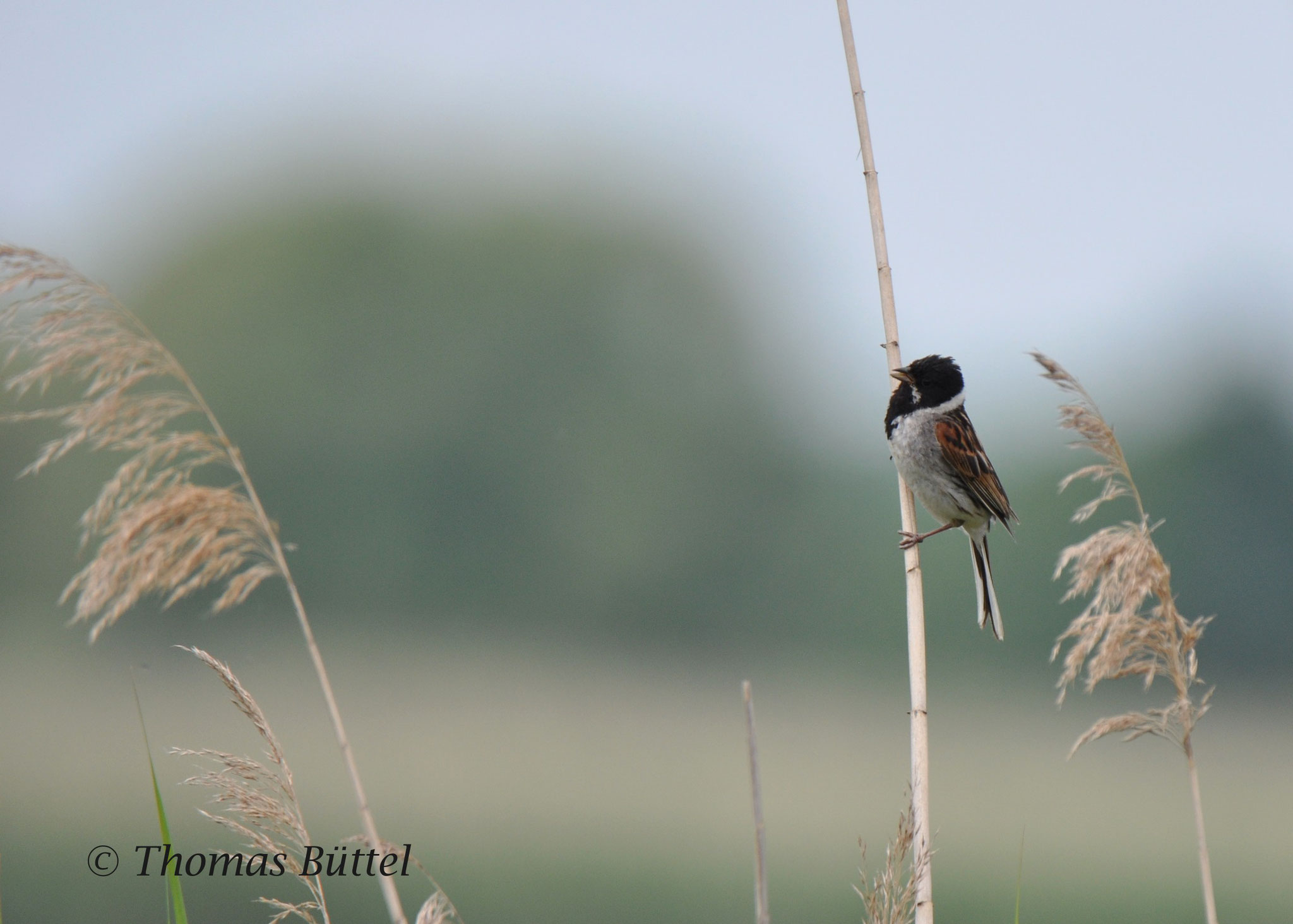 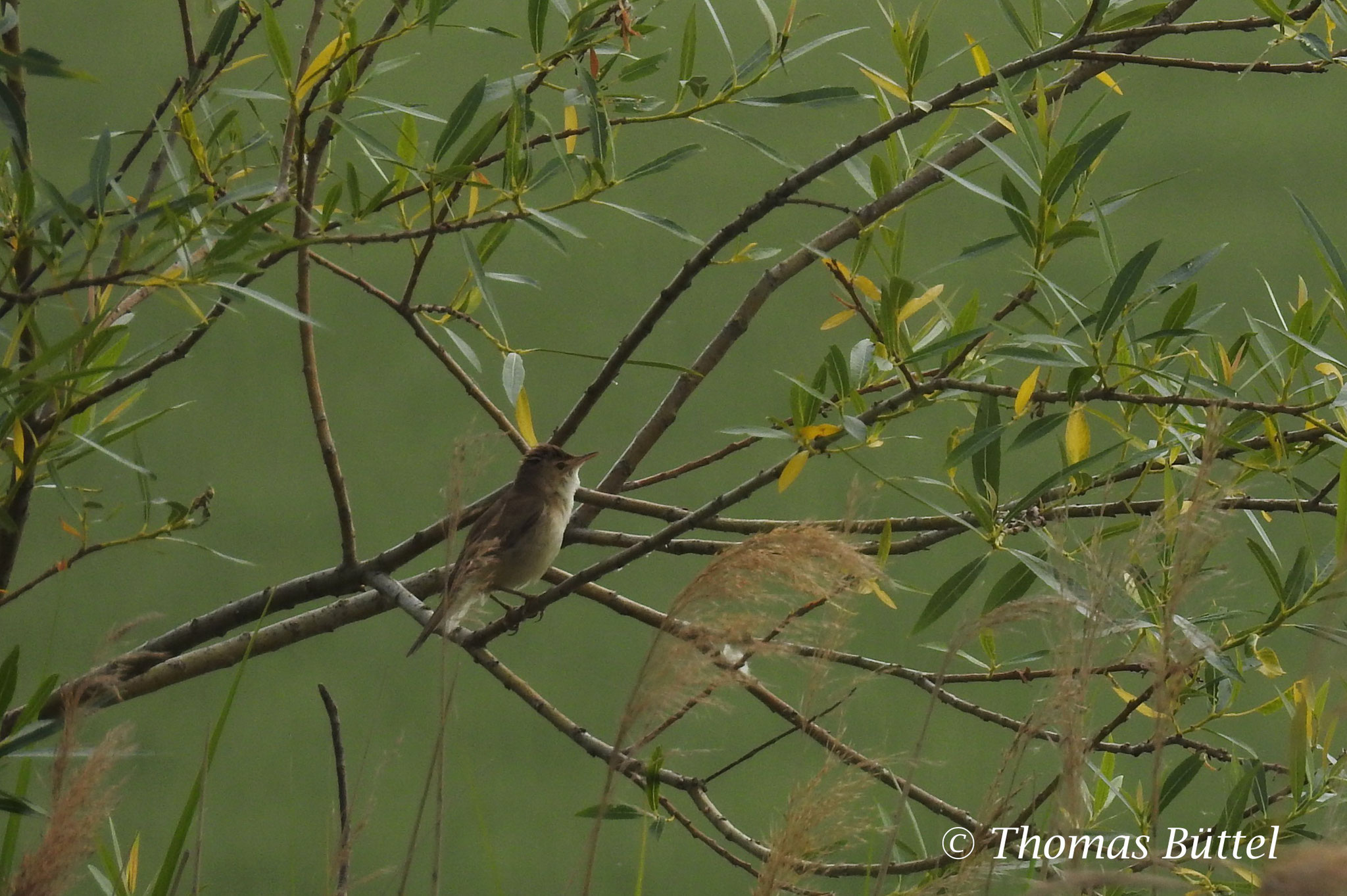 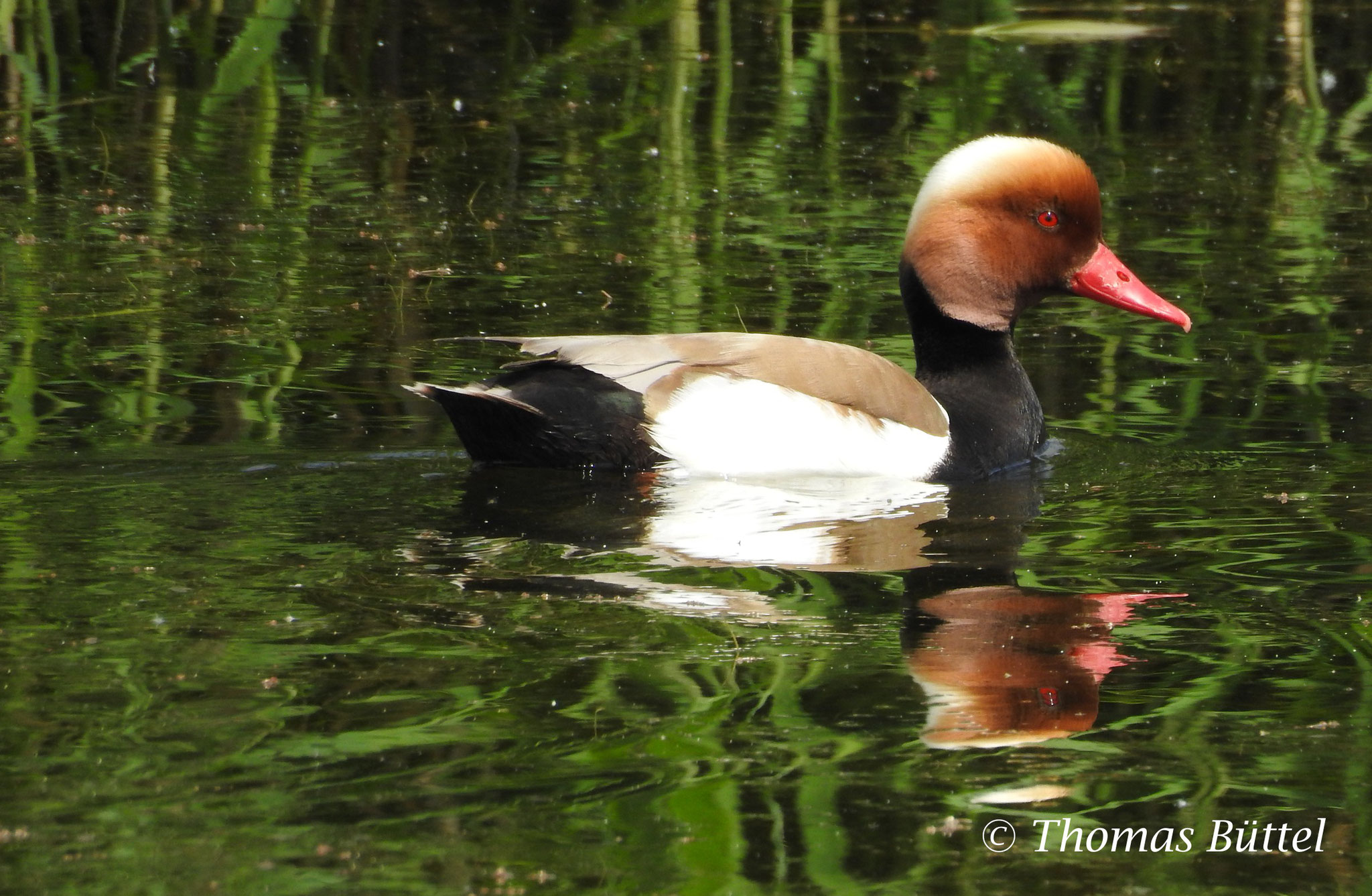 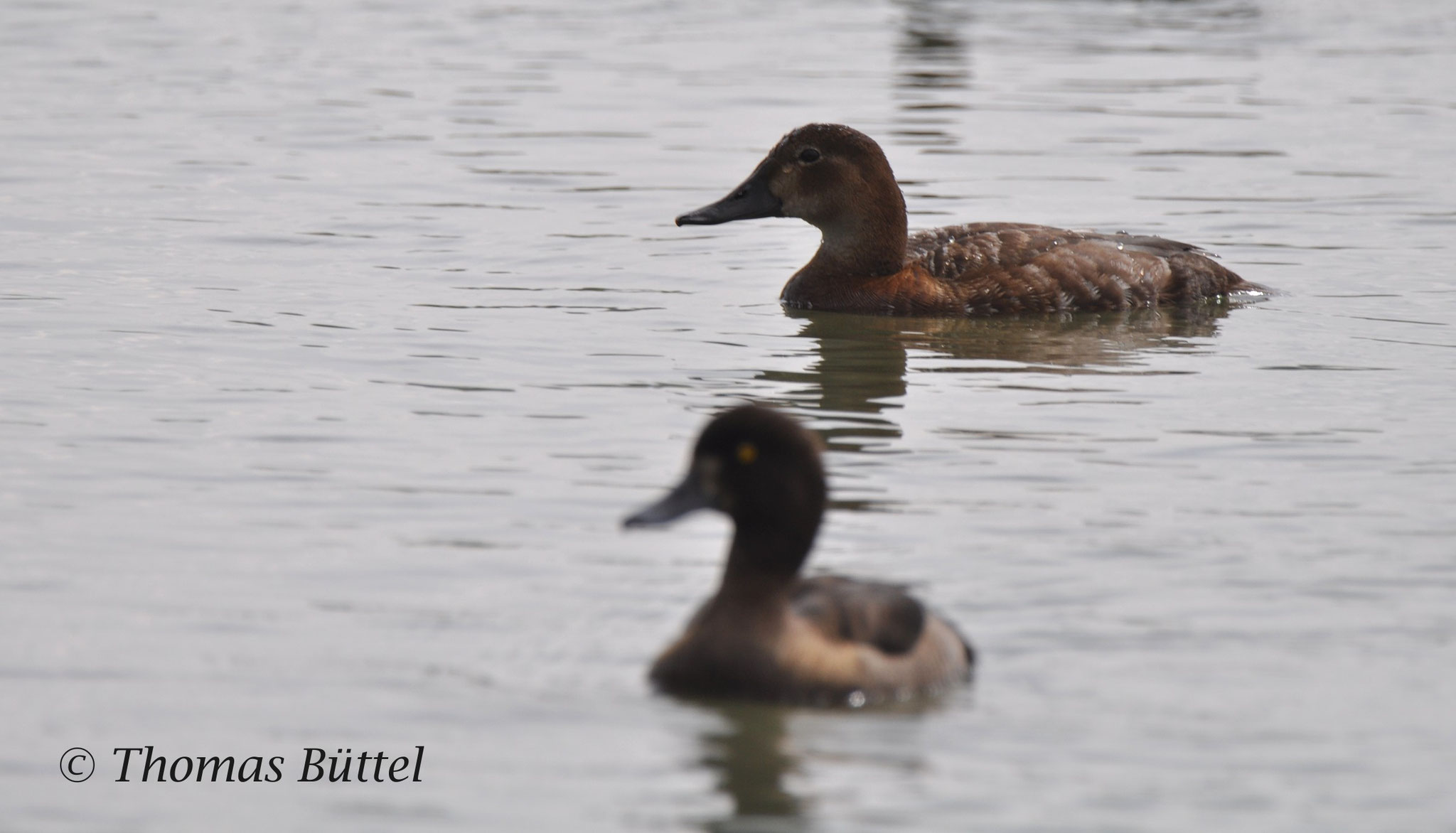 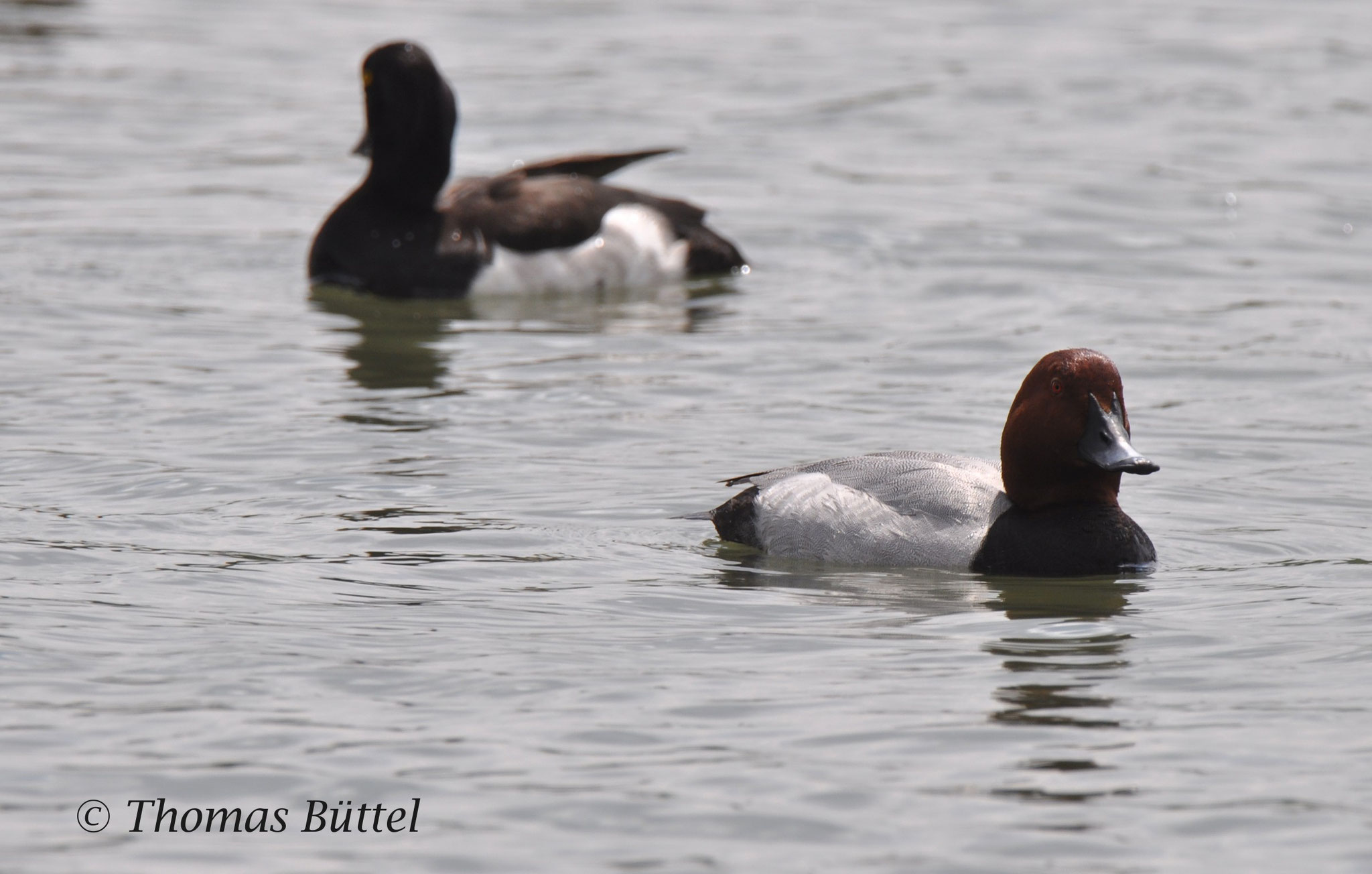