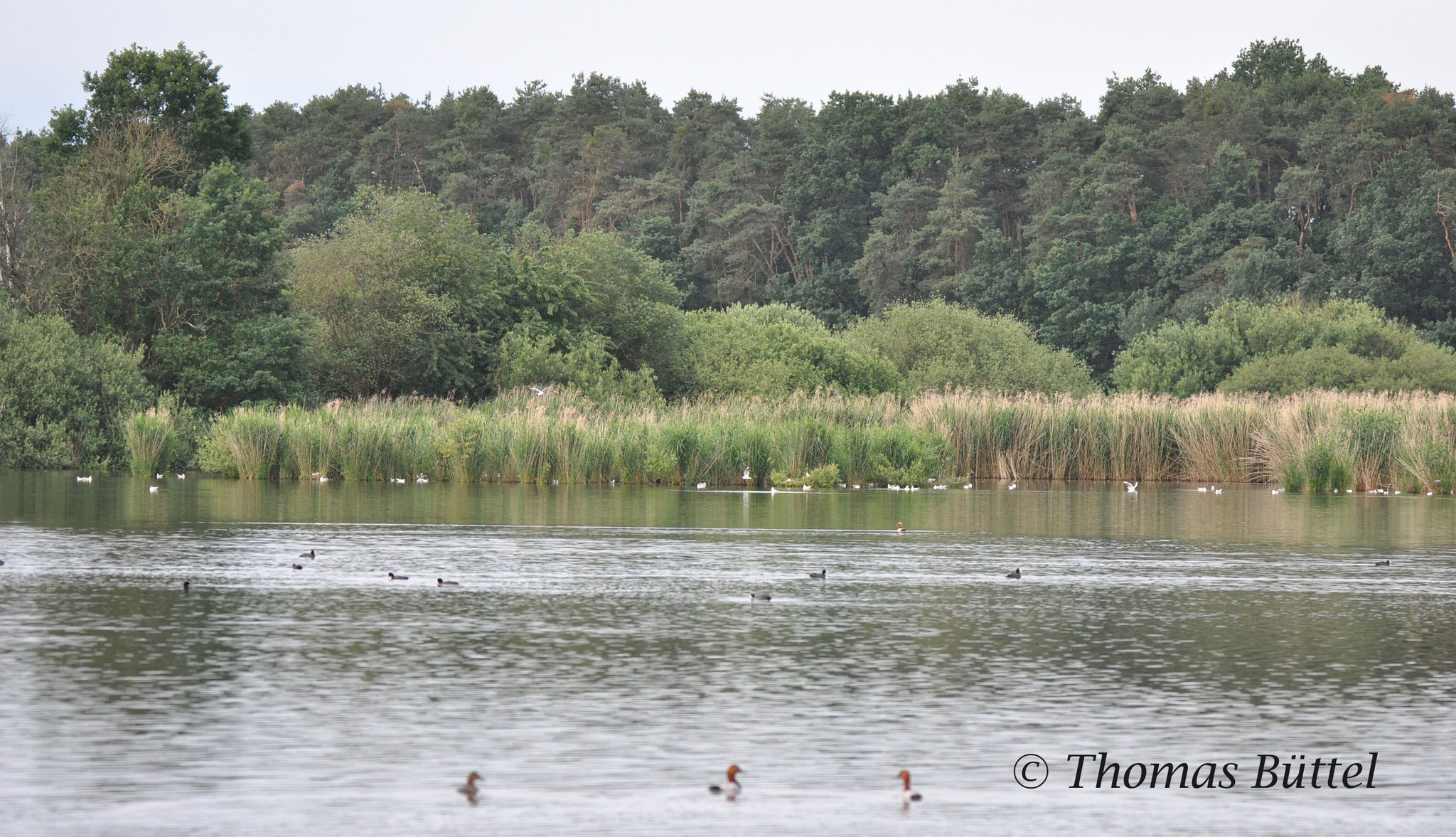 Originally, I was adjusted to torrential rainfalls this morning but was surprised by bright sunshine instead. At first, I couldn't believe it but the weather forecast confirmed that this nice weather would last for at least five hours leaving me enough time for a birding trip. So I spontaneously decided to visit the Mohrhof-Weihergebiet 30 kilometers south of Bamberg, a small part of an area with thousands of ponds. And yes, this site is already covered in the guide, but still I wanted to check the paths and the best spots for birdwatching there.

In fact, this is just my third visit here, which is mainly the cause of two rather eventless trips on very hot days. Therefore, the Mohrhof-Weihergebiet has never become my favourite site, even though many rare species breed there. Yet it has a fixed position in the guide and so I gave it another chance today, in order to be able to present you actual information about this site in the future.

As always I tried at first the classic circuit walk starting from a "parking ground" south of the village Biengarten. From there the trail goes directly towards the first ponds, where - in contrast to my last two visits - dozens of Red-crested Pochards, Gadwalls and other ducks species could be seen. In the reeds around the ponds four species of Reed Warblers were singing, this is really pleasing as it has become a very rare sight to encounter them all at once nowadays.

A glance towards the sky was rewarded with a flying over Eurasian Honey Buzzard, which gratefully circled above me so that I could take a picture of it. However in the meanwhile the path had become really wet and it appeared to me as if no one would care about the condition of the trail. After all it is an assignated hiking tour, if you believe the graffiti sprayed information panel at the starting point. 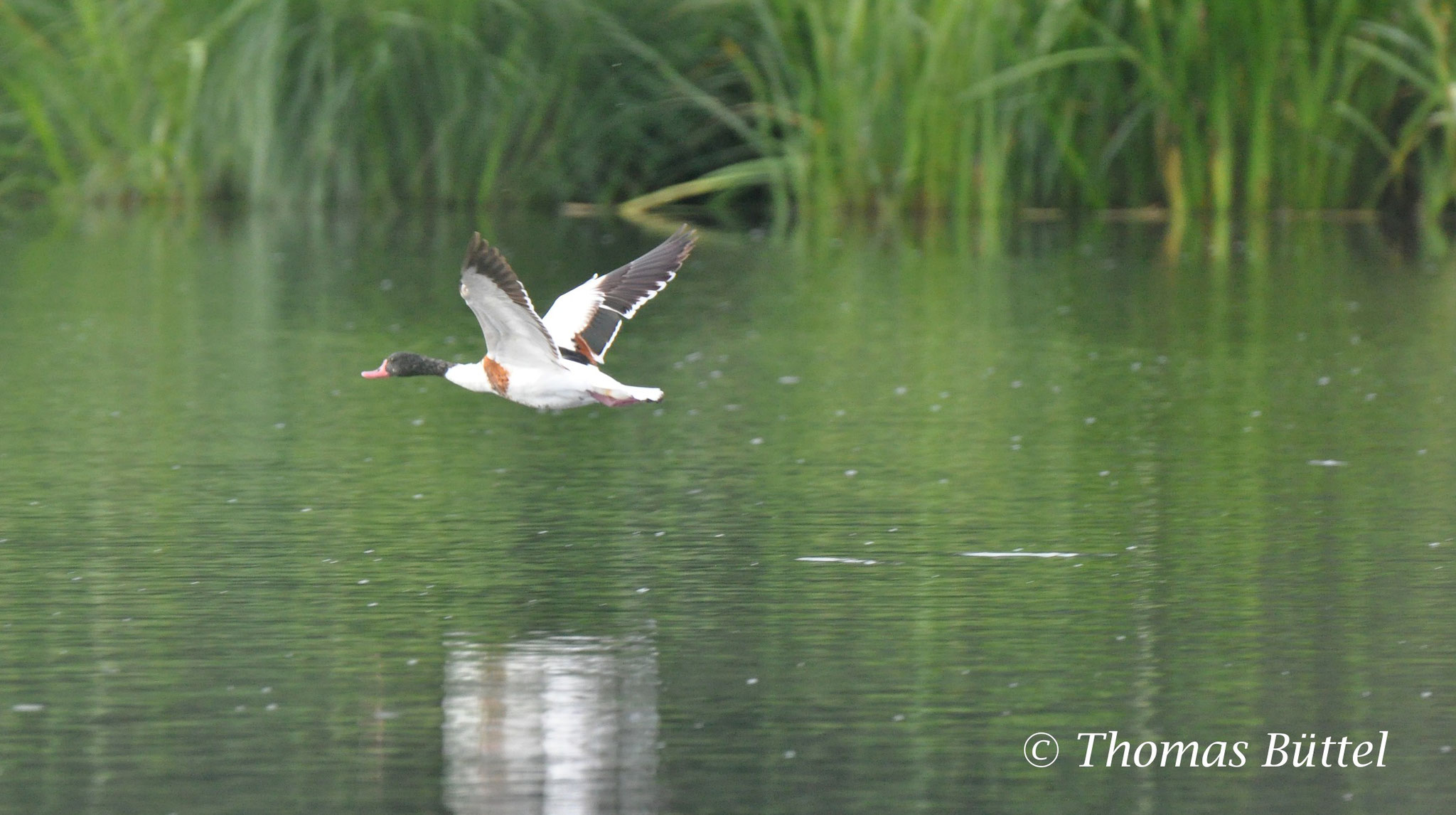 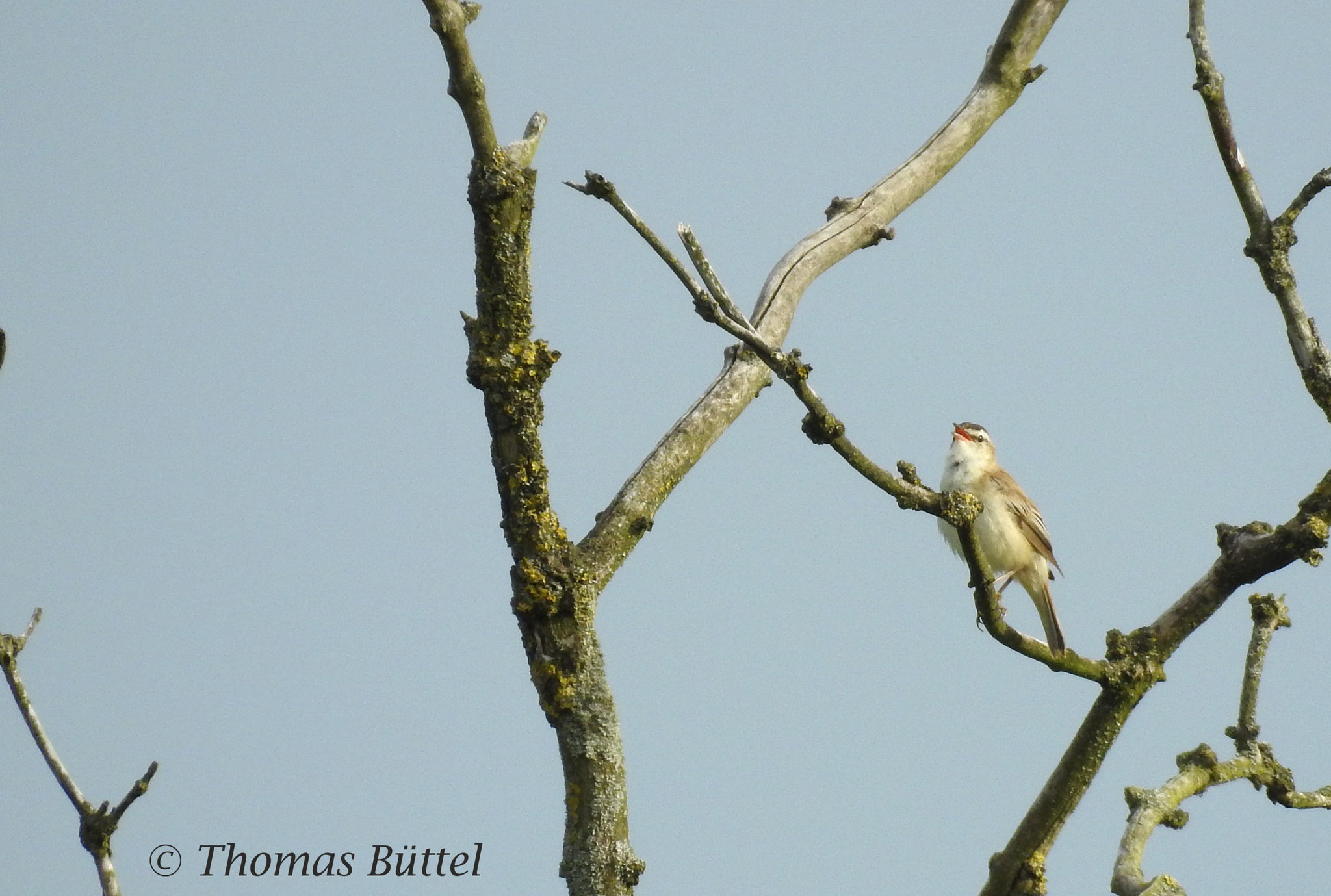 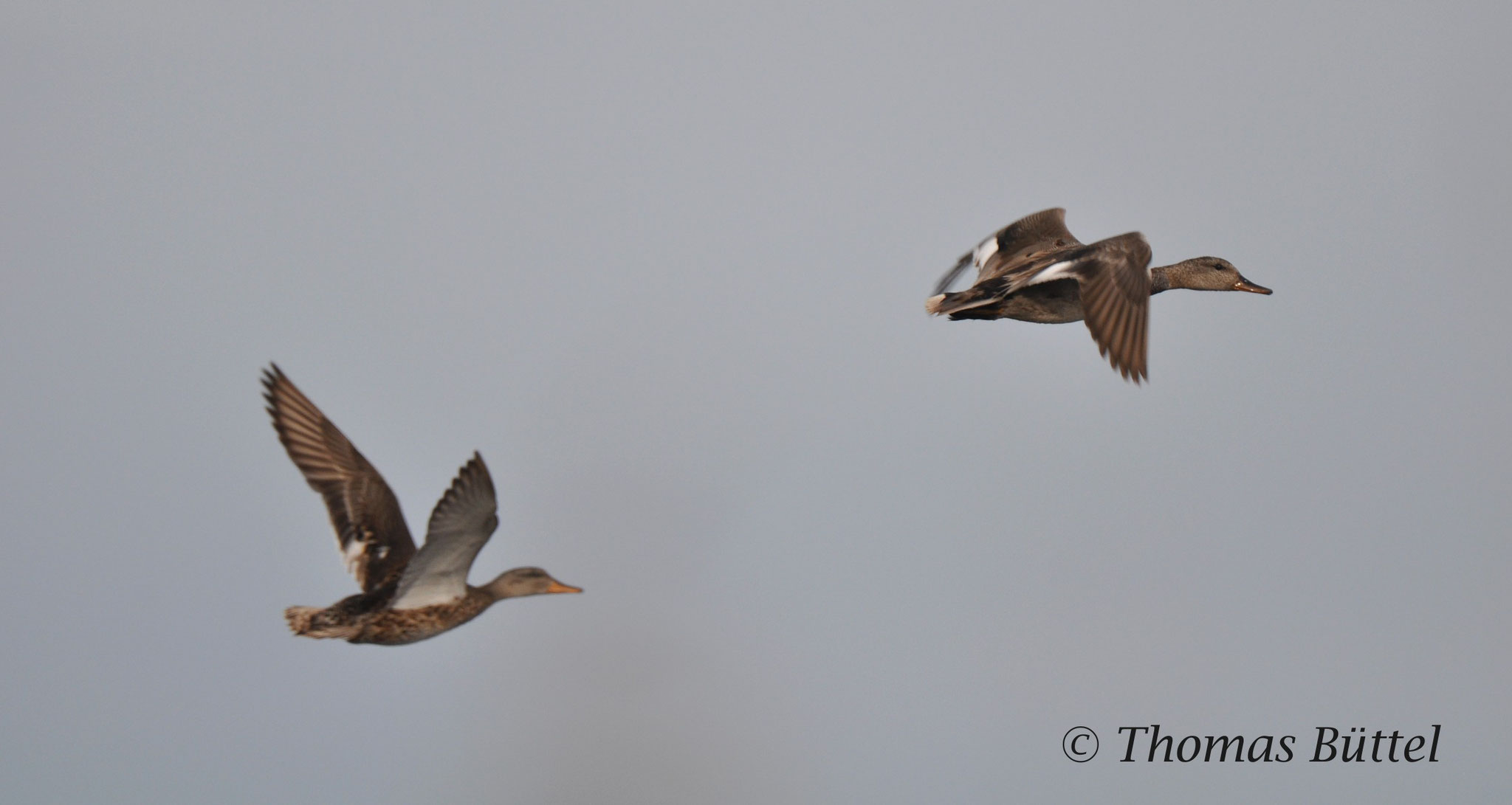 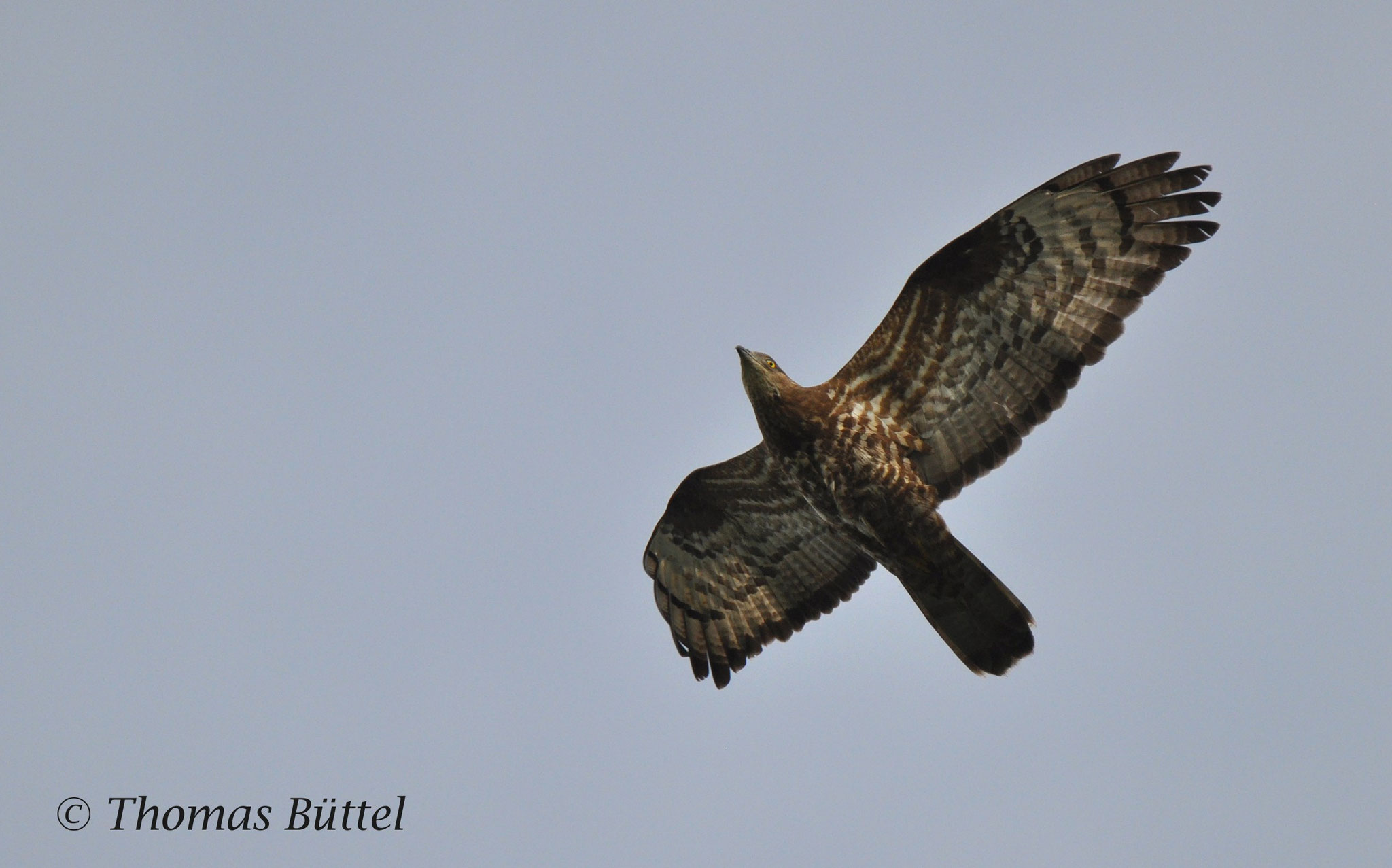 After 20 minutes I finally reached the gap in the reed belt of the "Großer Strichweiher", which is the most interesting part of this site. At the opposite shore hundreds of Black-headed Gulls were breeding along with a good number of Red-crested Pochards. It took a few minutes until eventually a Black-necked Grebe turned up in between, one of my target species. The Mohrhof-Weihergebiet is one of the most important breeding sites for this species in Southern Germany, which need the company of gulls so that no predators dare to come near their nests.

So far I never had a chance for a decent picture of a Black-necked Grebe, so I hoped that one would come closer to me. At first it looked rather hopeless but then I discovered an individual that was feeding along the reed belt moving towards my position. When the bird suddenly submerged, I thought that this was it, but it appeared right in front of me. From this point on I never took my finger from the release button until the bird submerged again. Only a couple of pictures are crisp but I doubt that I'll get a better chance in the next time. 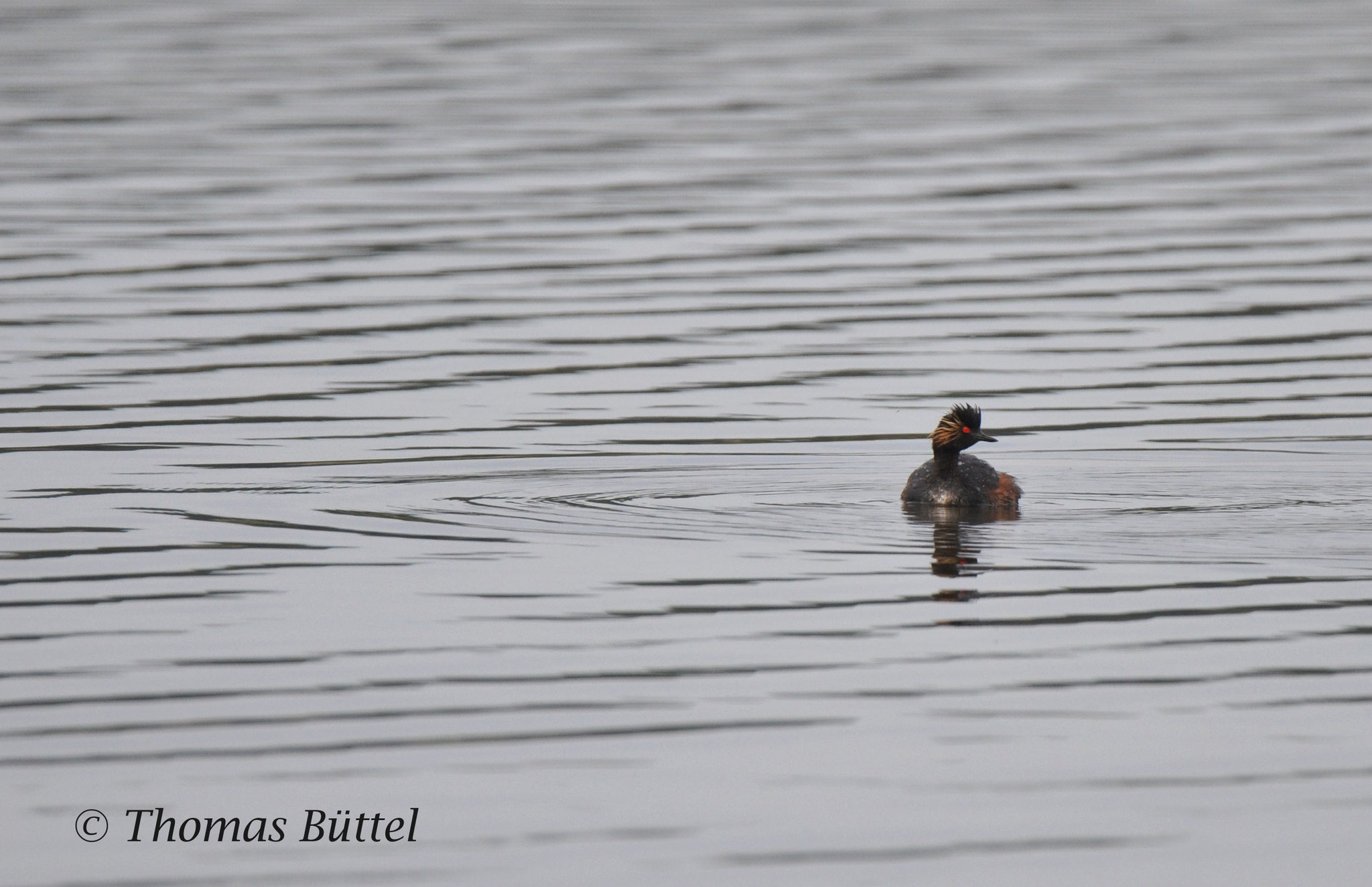 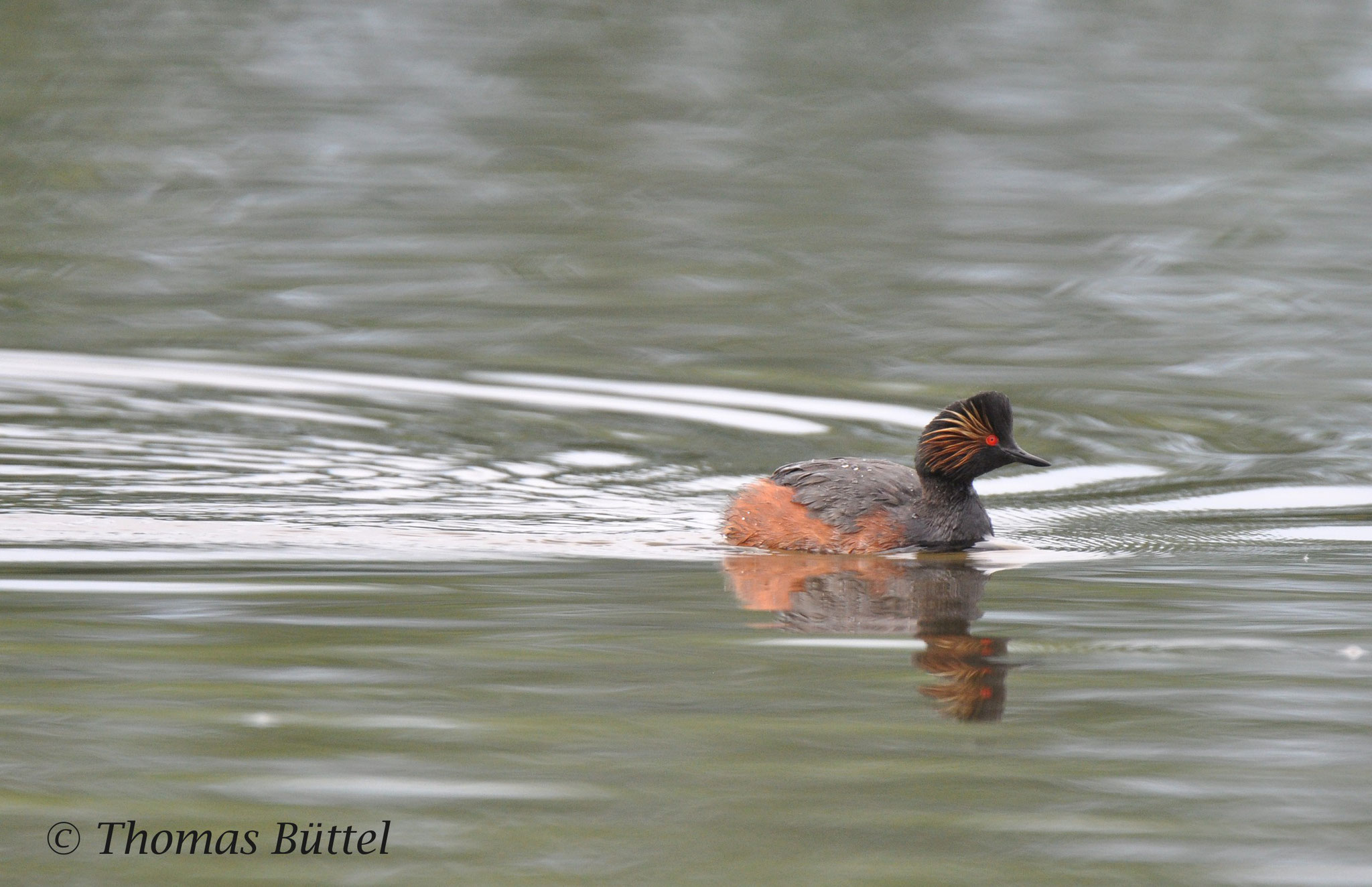 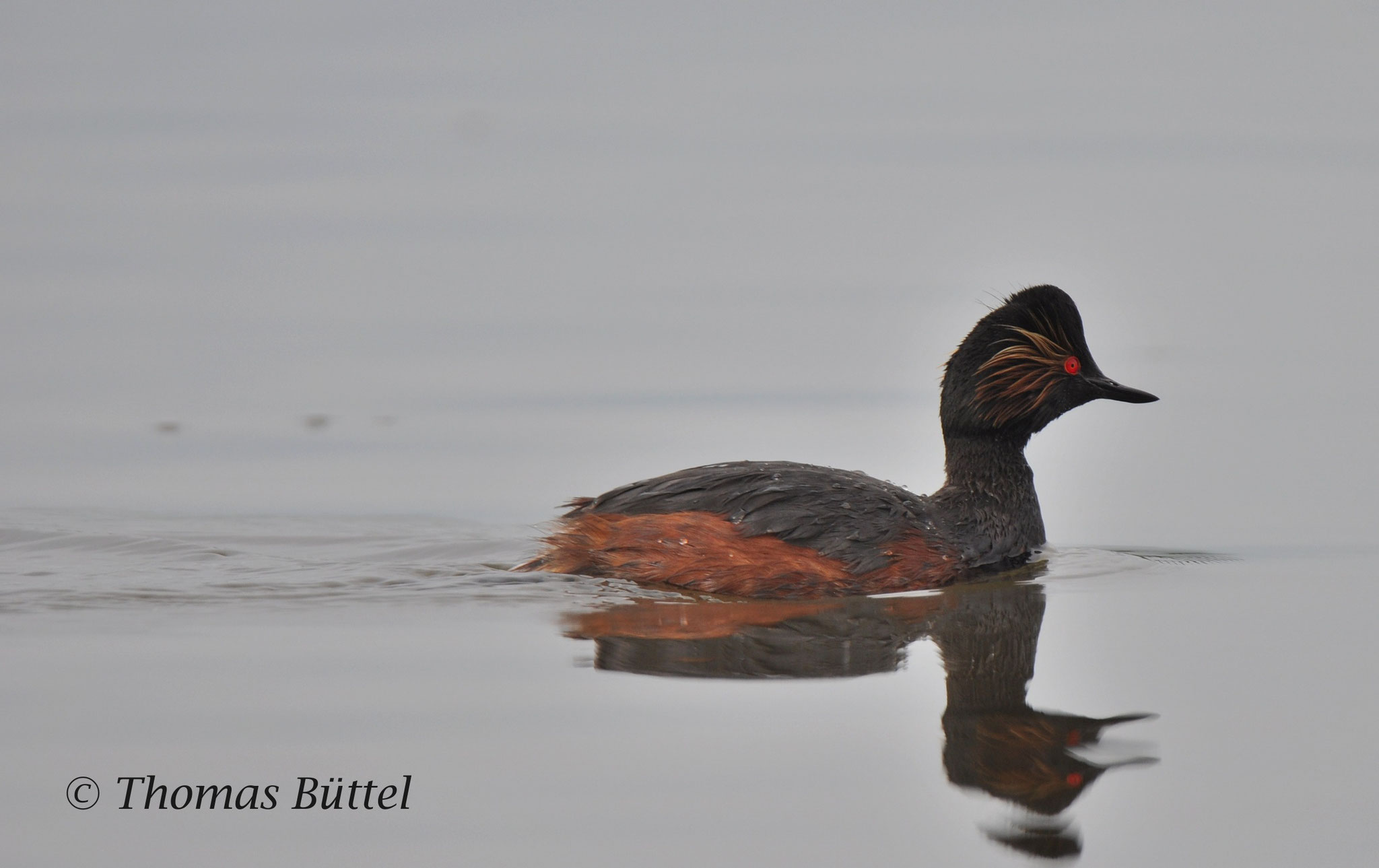 The other half of the circuit walk was rather eventless, though I managed some shots of Blue-headed Wagtails and Skylarks sitting on the ground. Unfortunately, Little Bitterns or Purple Herons were neither to be heard nor seen, perhaps it was already too late. Nevertheless, the trip has been a full success and so I packed everything up.

This was however a great mistake, since in a puddle at the parking ground a Green Sandpiper was sitting and I didn't have my camera ready. Of course I tried to be fast enough with my camera but the bird soon registered my presence and flew away. Regardless how annoying this is the sighting of a Green Sandpiper during breeding season is quite remarkable here, as this species normally only appears on passage. All in all a nice rounding off. 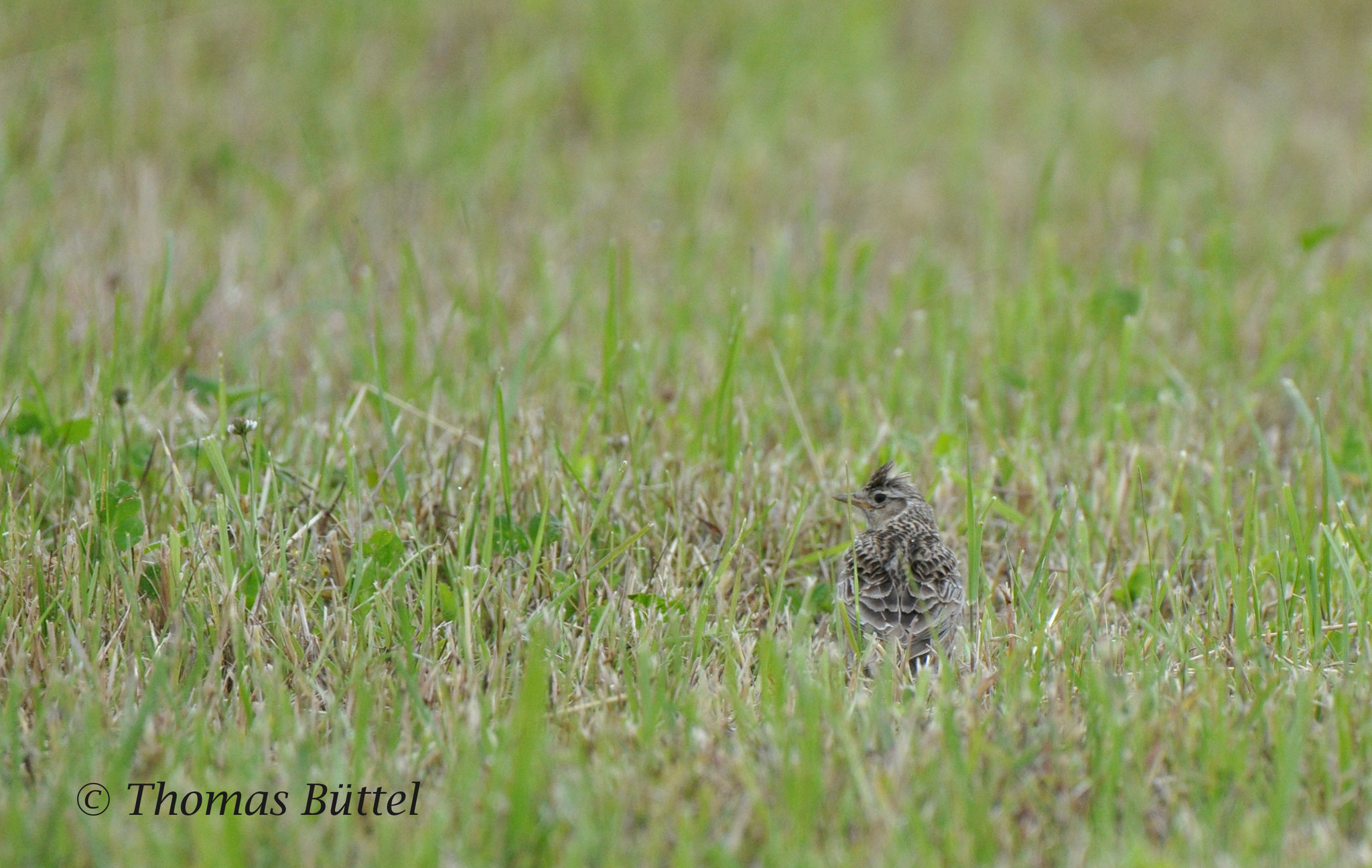 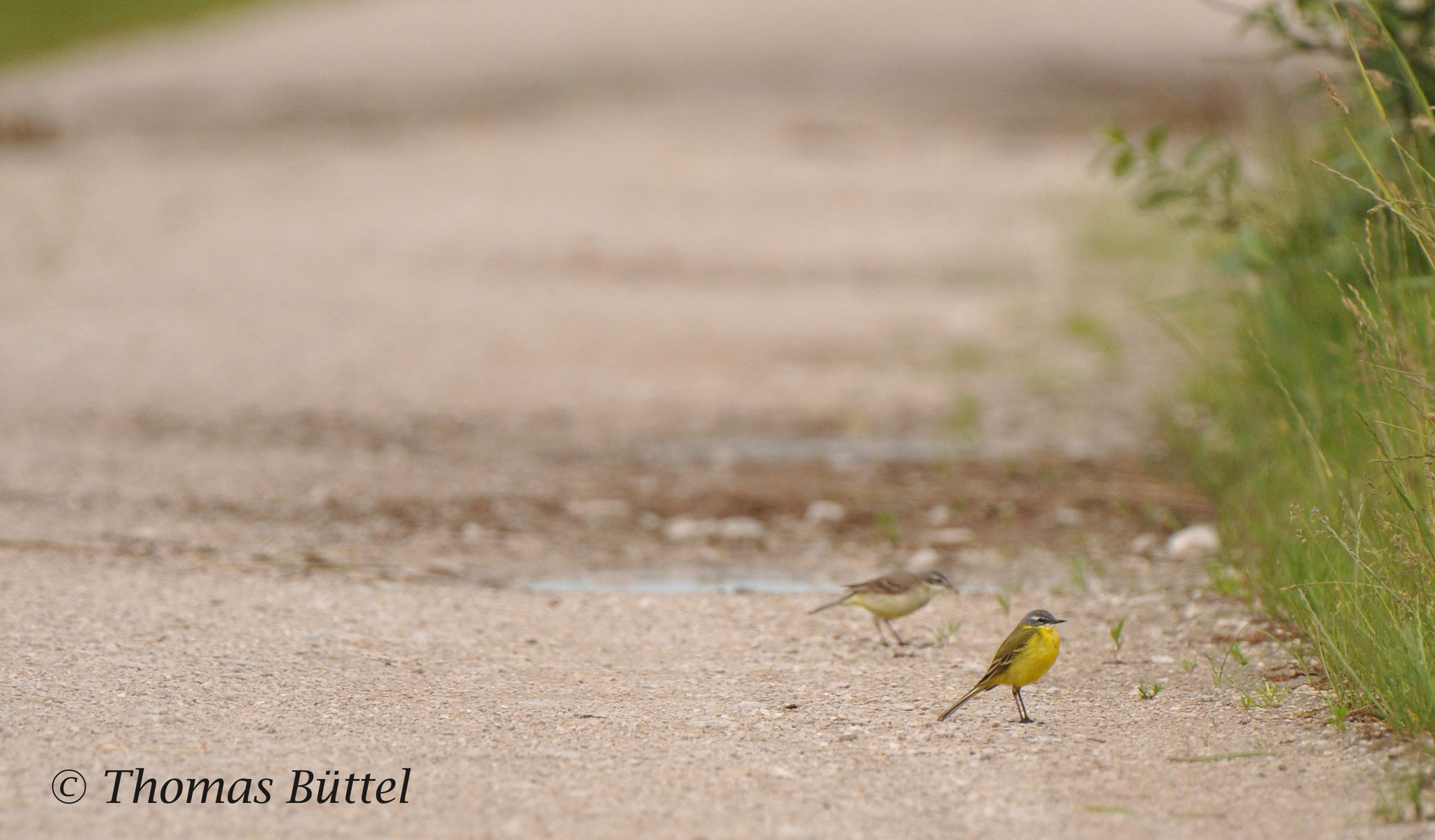