Lange Rhön - Viewed from another perspective

Finally, I could make another trip to the nature reserve "Lange Rhön" possible. The mountain range in the midst of Germany is one of the most important breeding areas in (Southern) Germany and my favourite birding site, not least because it is fairly unknown among german birders. This is the reason why I want to change the chapter about this site radically so that not only single spots but the whole area and its beauty are highlighted. Therefore I have selected an awarded hiking tour that connects anything of interest in the area to a large circuit walk with a total length of 14.8 km. 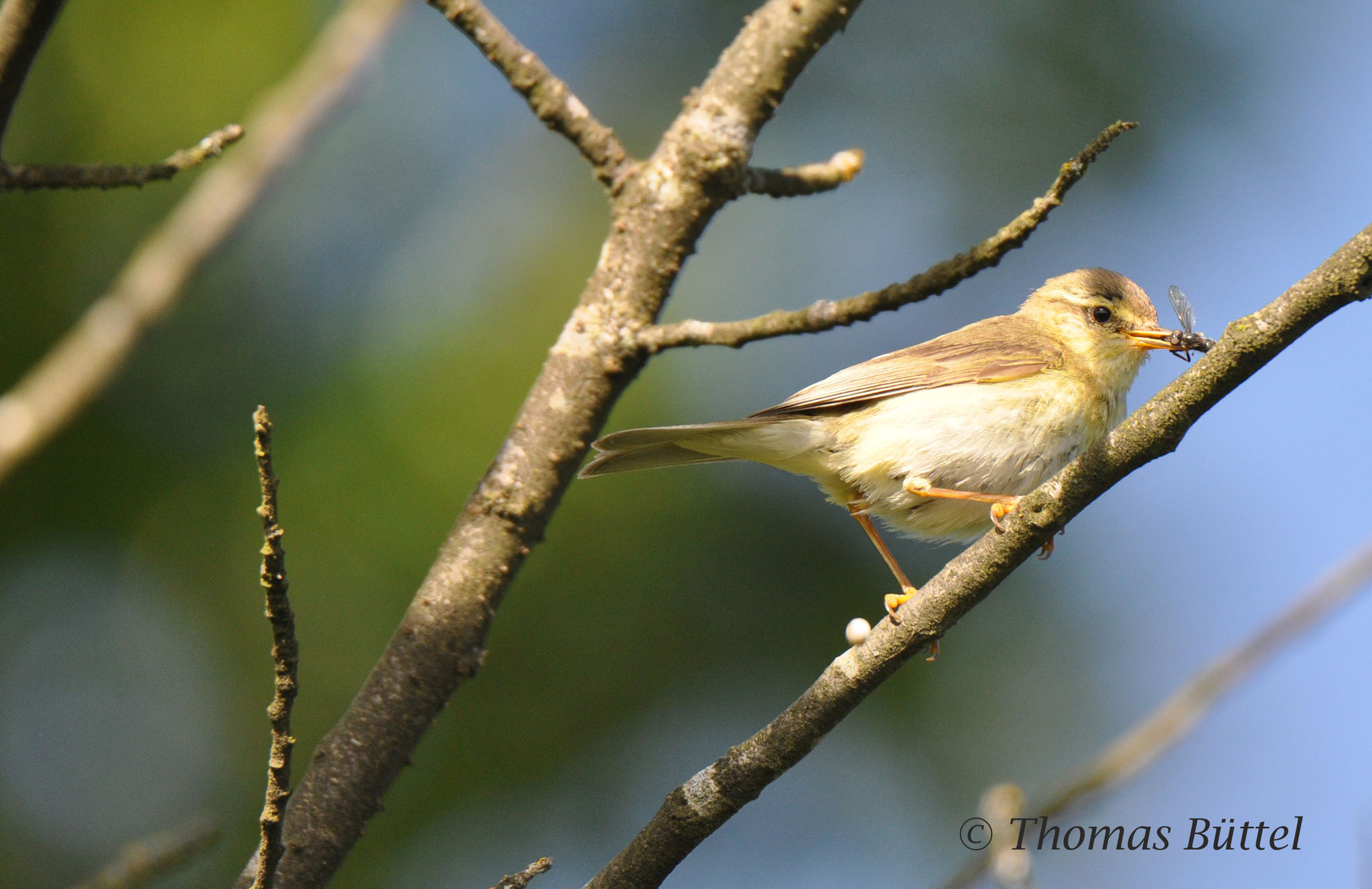 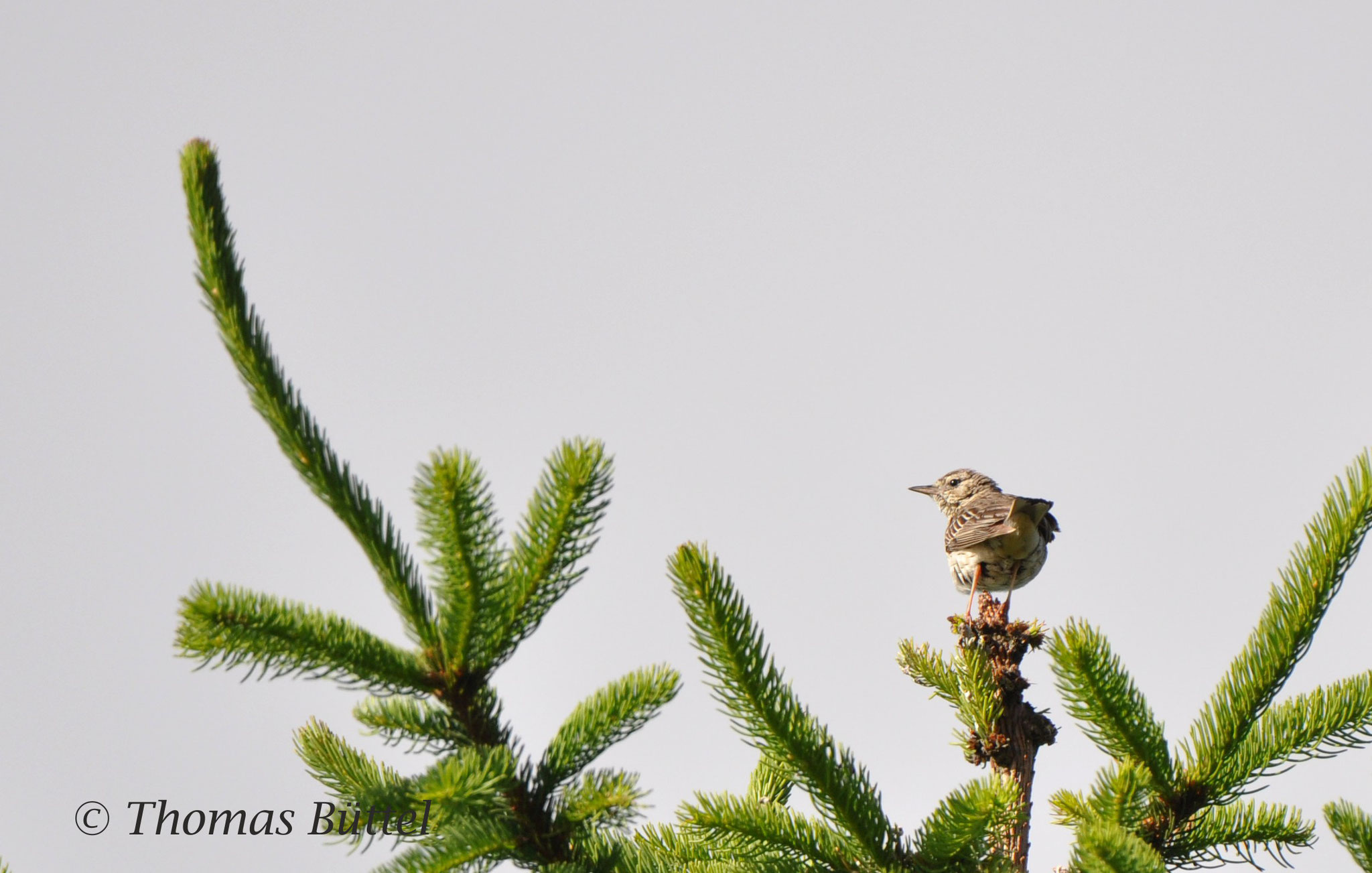 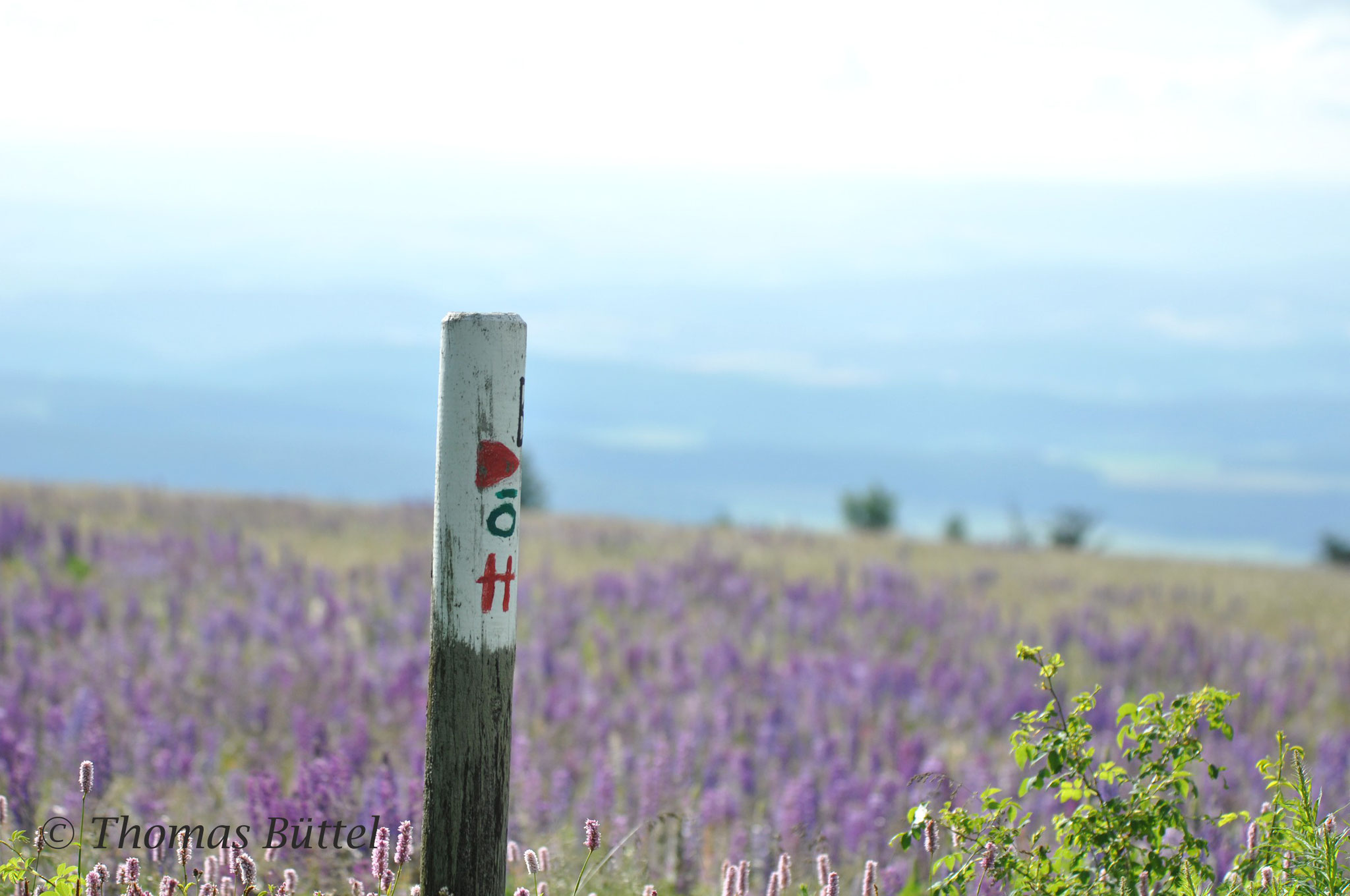 Once again I was rather late on-site at 8 am, so the bird activity wasn't at its peak. Nevertheless, the following 5 1/2 hours were really enjoyable and produced quite a lot of interesting passerines like Whinchats and Meadow Pipits that have become so rare anywhere else, even though one of my target species - the Common Rosefinch - didn't work. Greatest highlight however was a lonely Great Grey Shrike, which I spotted exposed on the top of a solitary spruce. So far I've never had a pleasing sighting of this species in the Rhön, which has here one of its last refugees in Southern (and Western) Germany. Perhaps you can imagine that I didn't expect such a rare and shy bird to appear next to a hiking path where later on dozens of hikers come through. 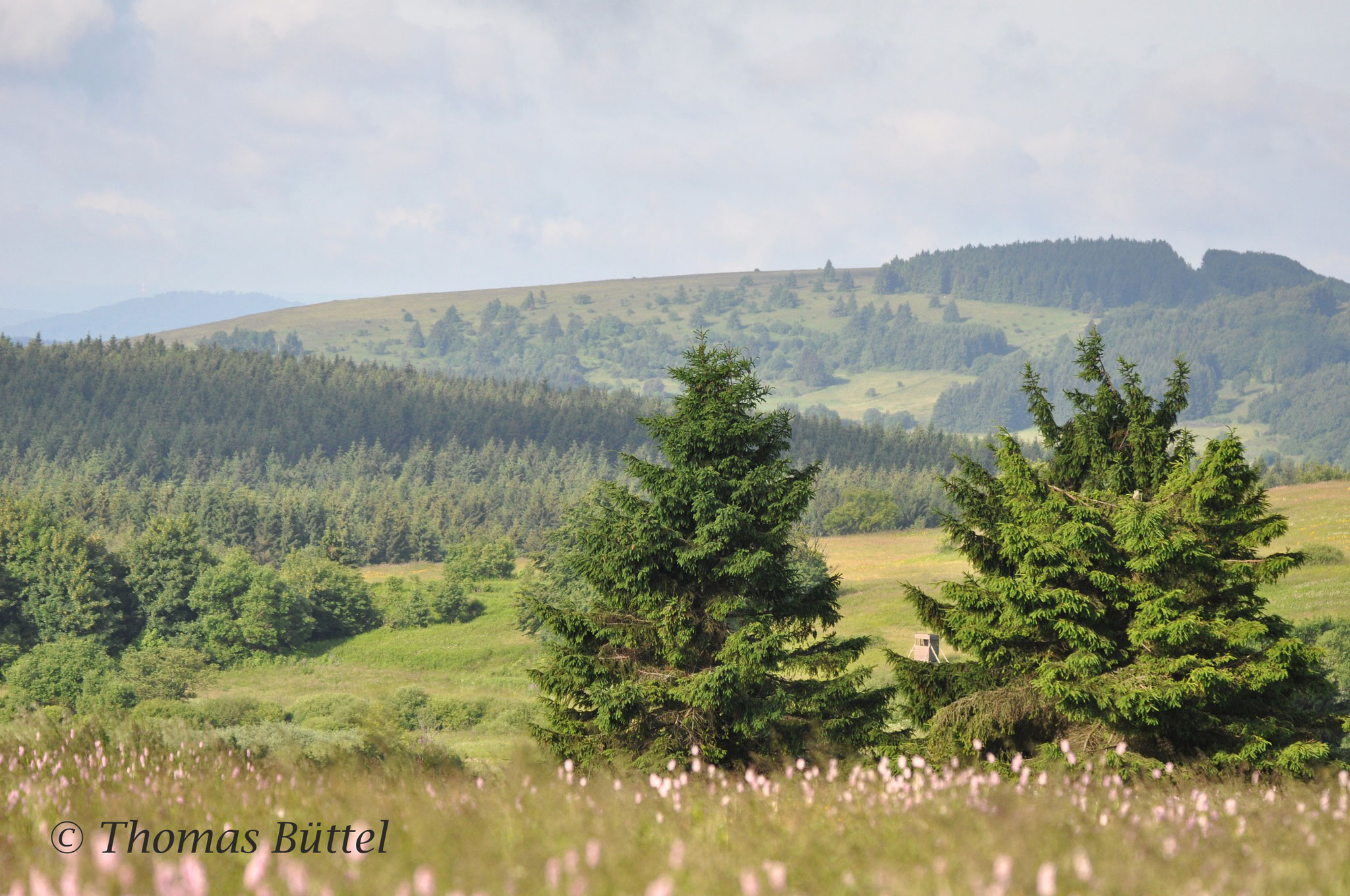 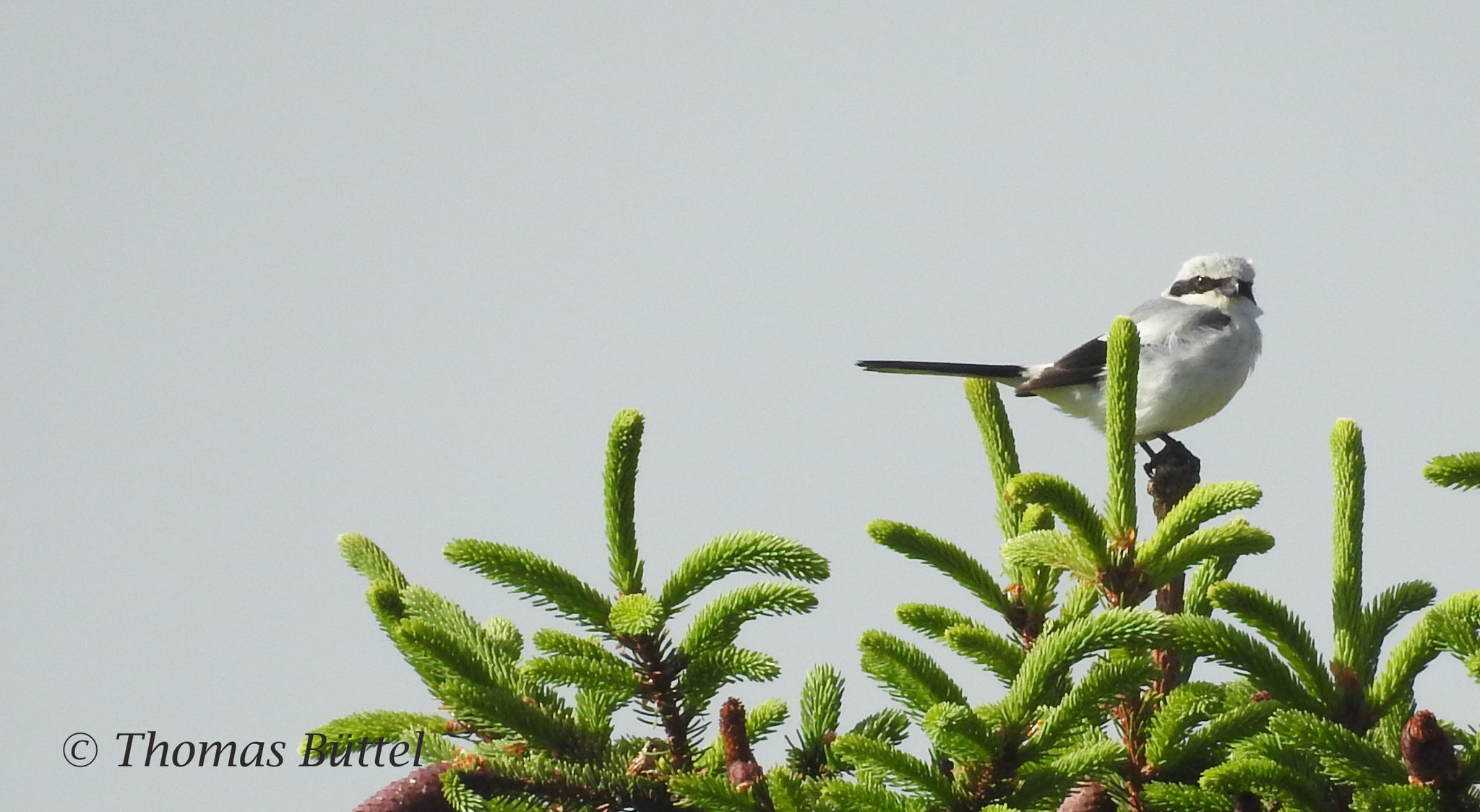 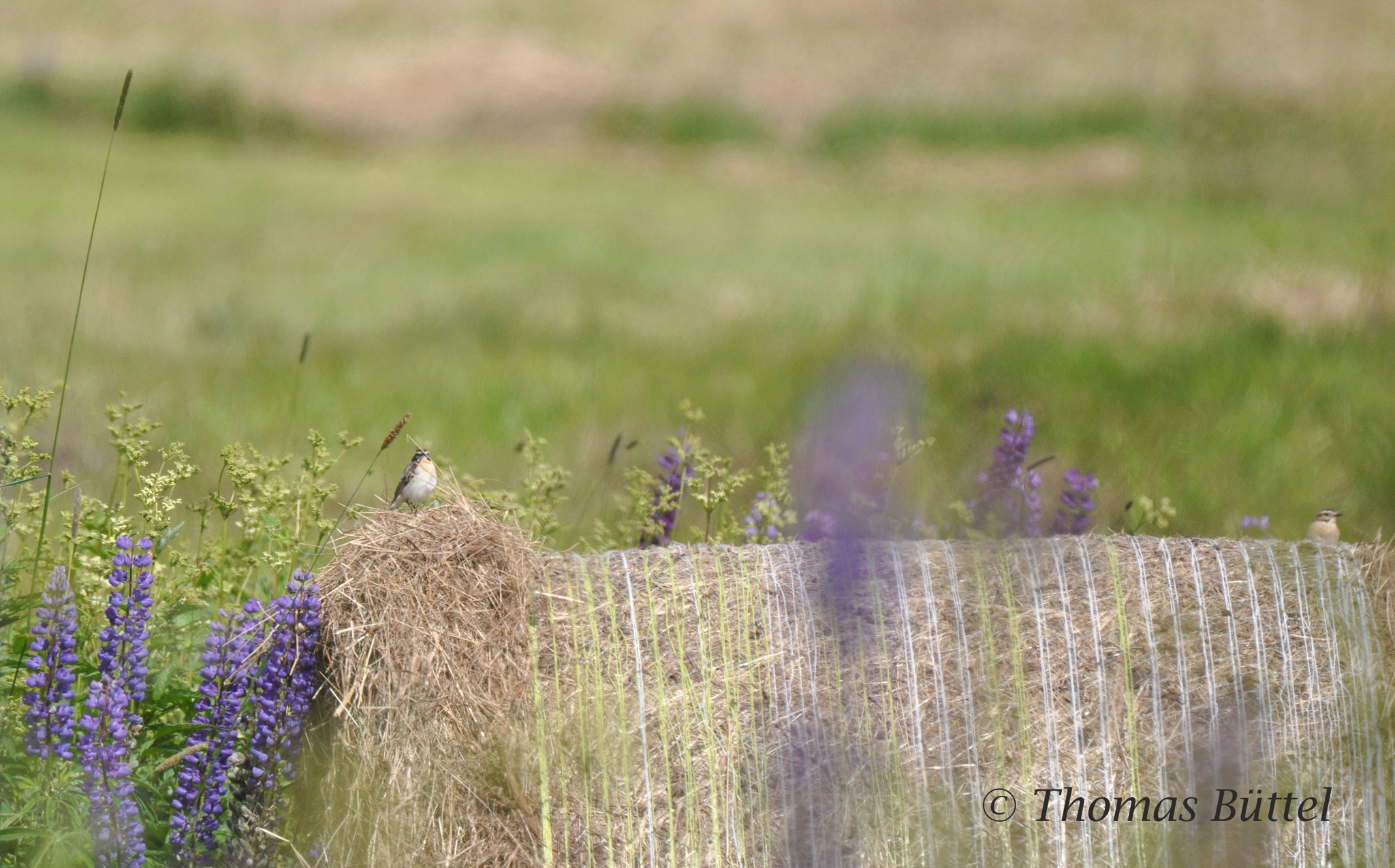 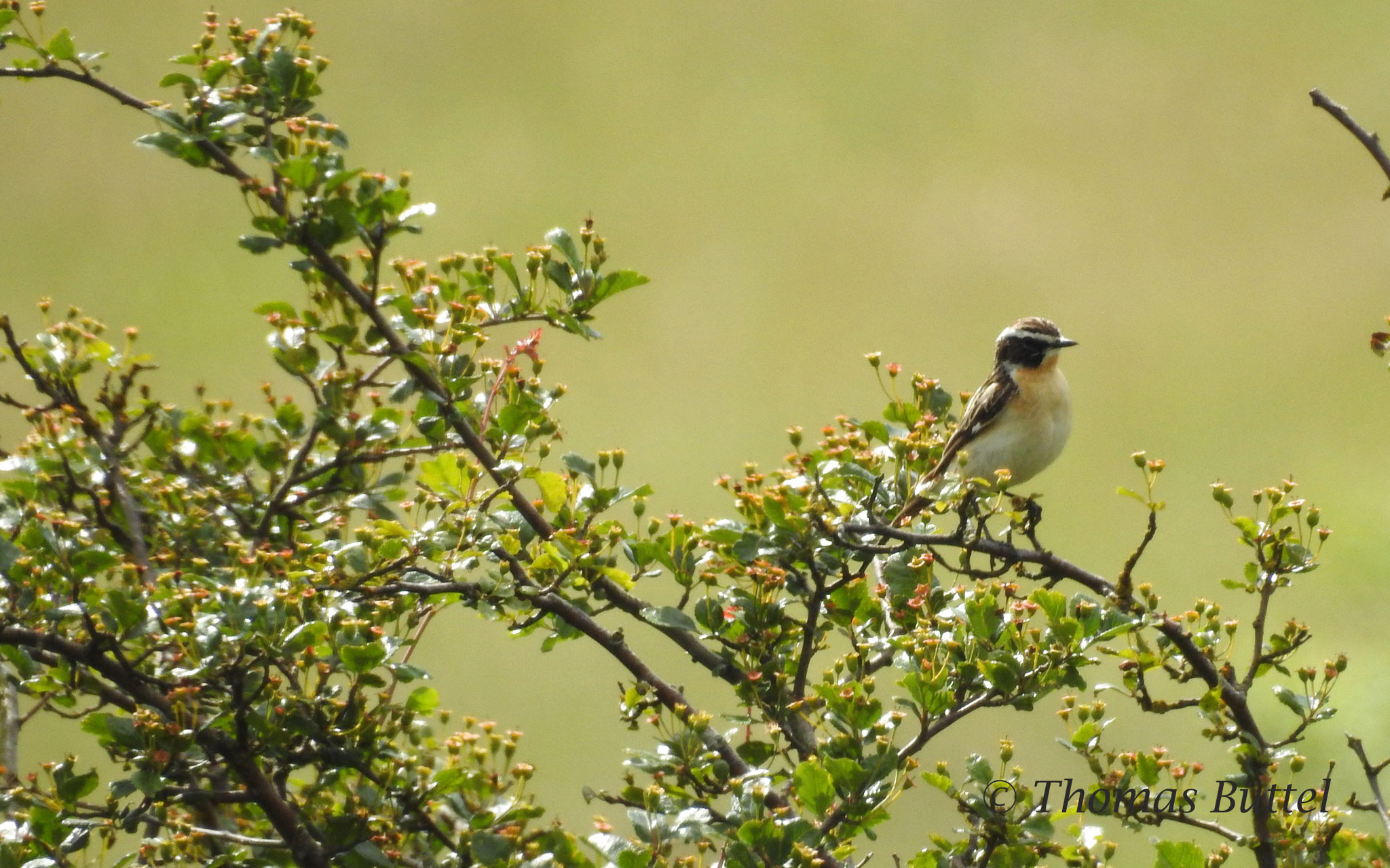 I think it makes no sense to discuss any sighting of a noteworthy species in detail, since along these 15 km there was so much to see. Instead I try to keep short and to let the photos give you an insight into this marvellous area rather than my descriptions. However, before I can do that, I just want to loose some words on the hiking tour, which was the real reason for my trip.

I selected the extra tour of the "Hochrhöner", which is marked by a red "H" on a white background, because the pictures published on the internet looked very impressive and the route leads through all good birding areas. This has already sounded very good while I was sitting in front of my computer, but it can't compete with the real hiking tour. It has three reasons why I like this tour so much: First of all, it is well signposted, which means that there are so many signposts on your way so that in theory you wouldn't even need a map for orientation. Second you have all along the way a great view and can look partially as far as 150 km (roughly to the Czech border). And finally you walk through a great range of different habitats so that you have good chances to see most of the breeders.

Therefore I highly recommend you this hiking tour! 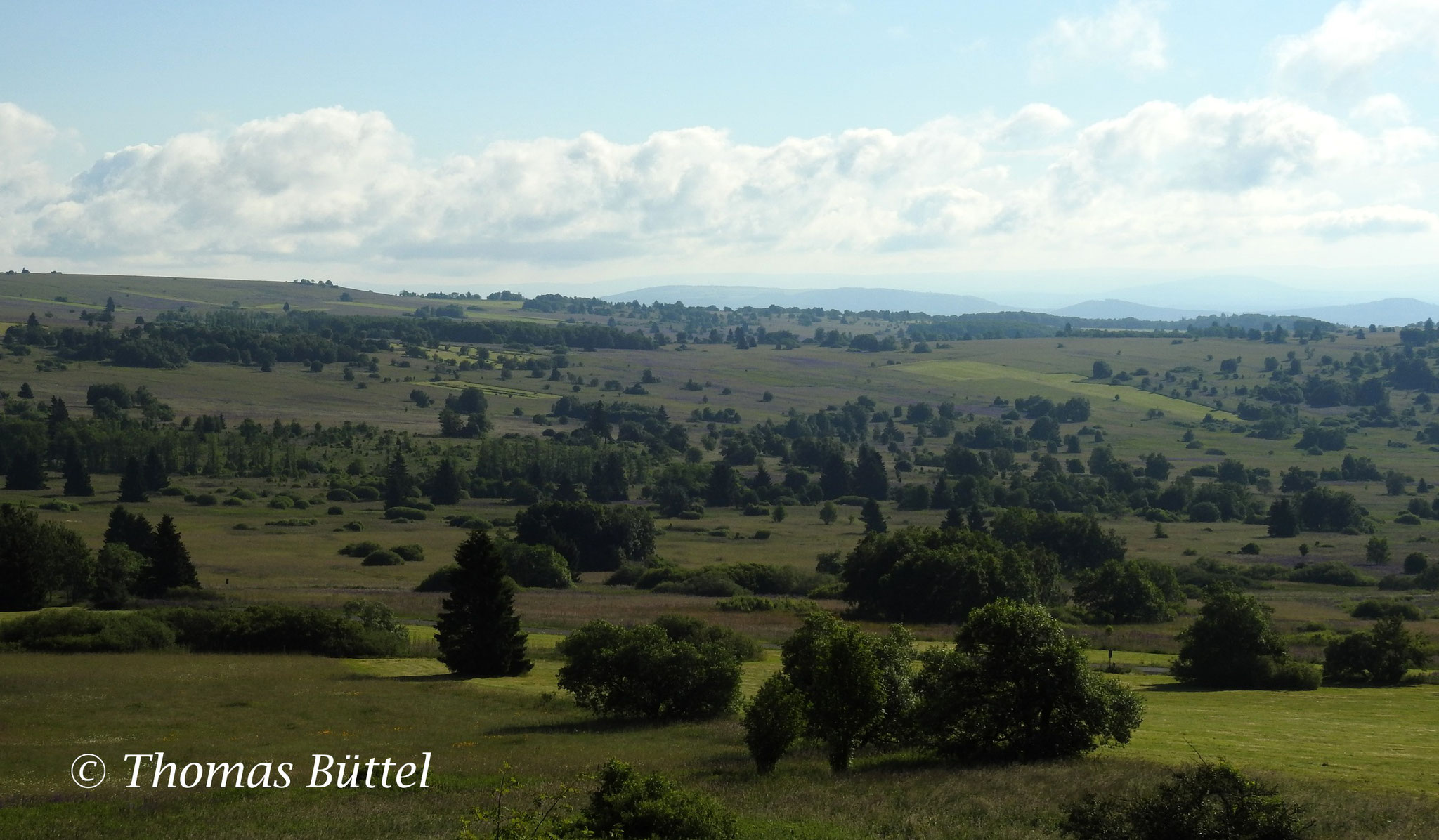 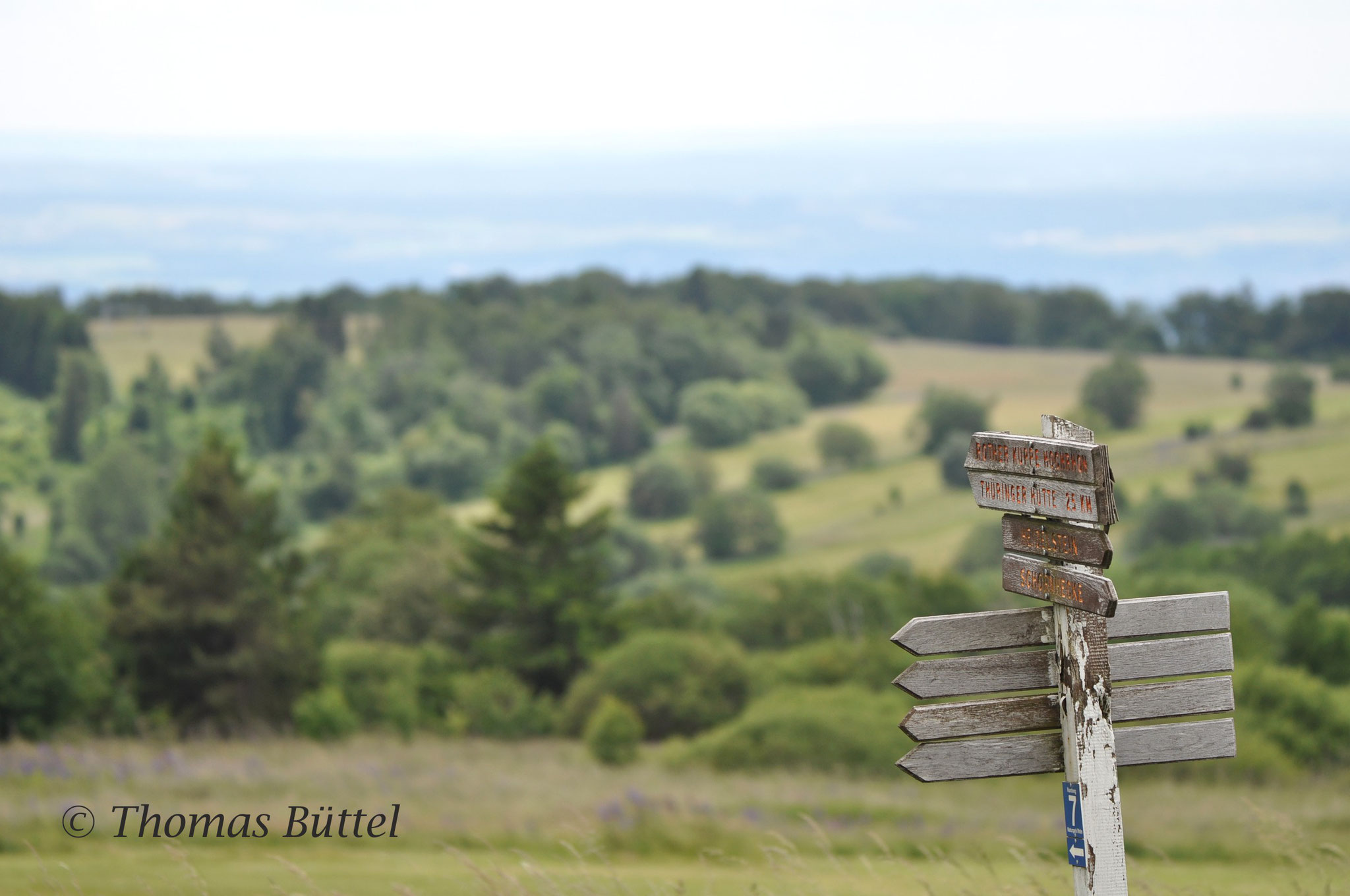 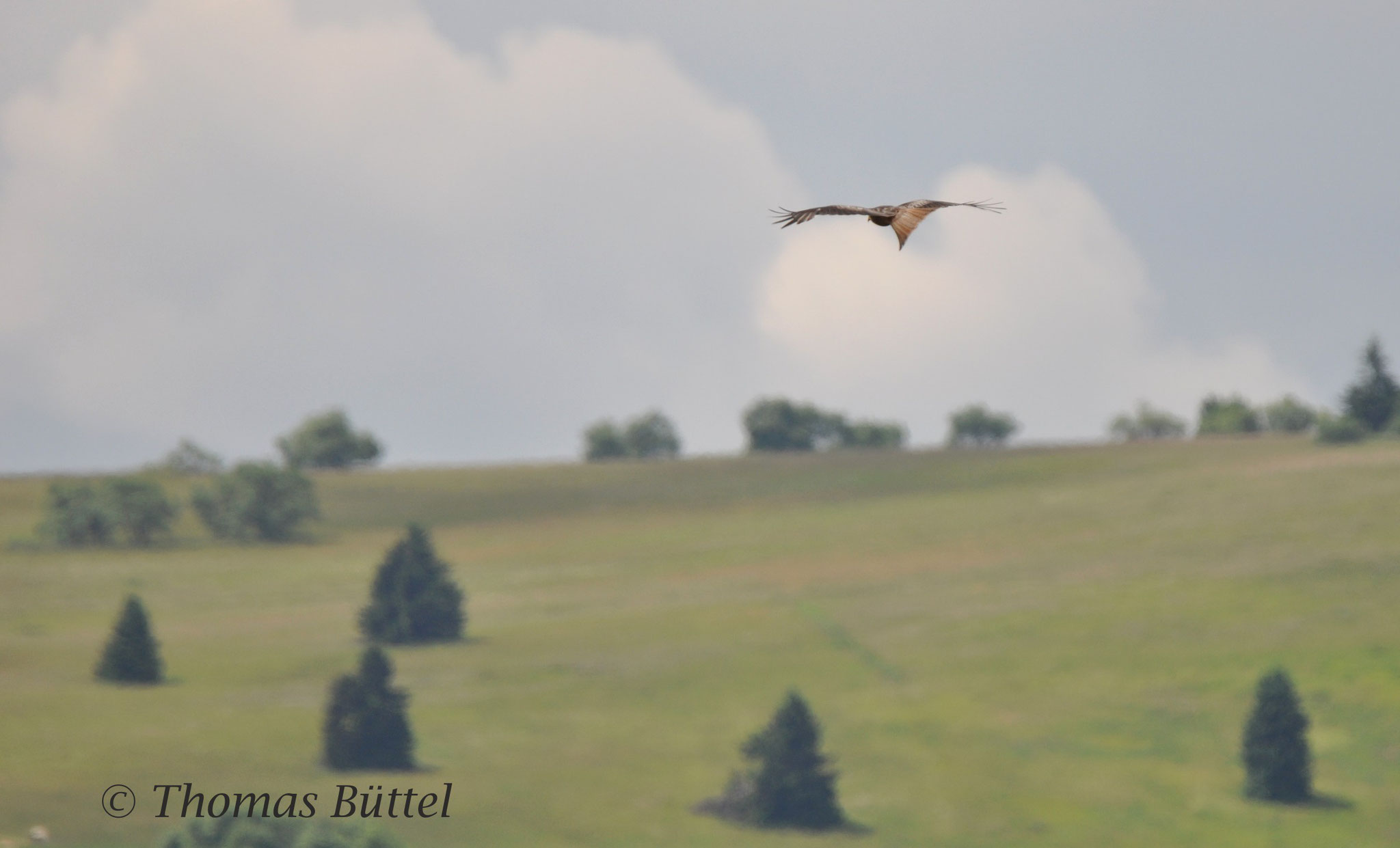 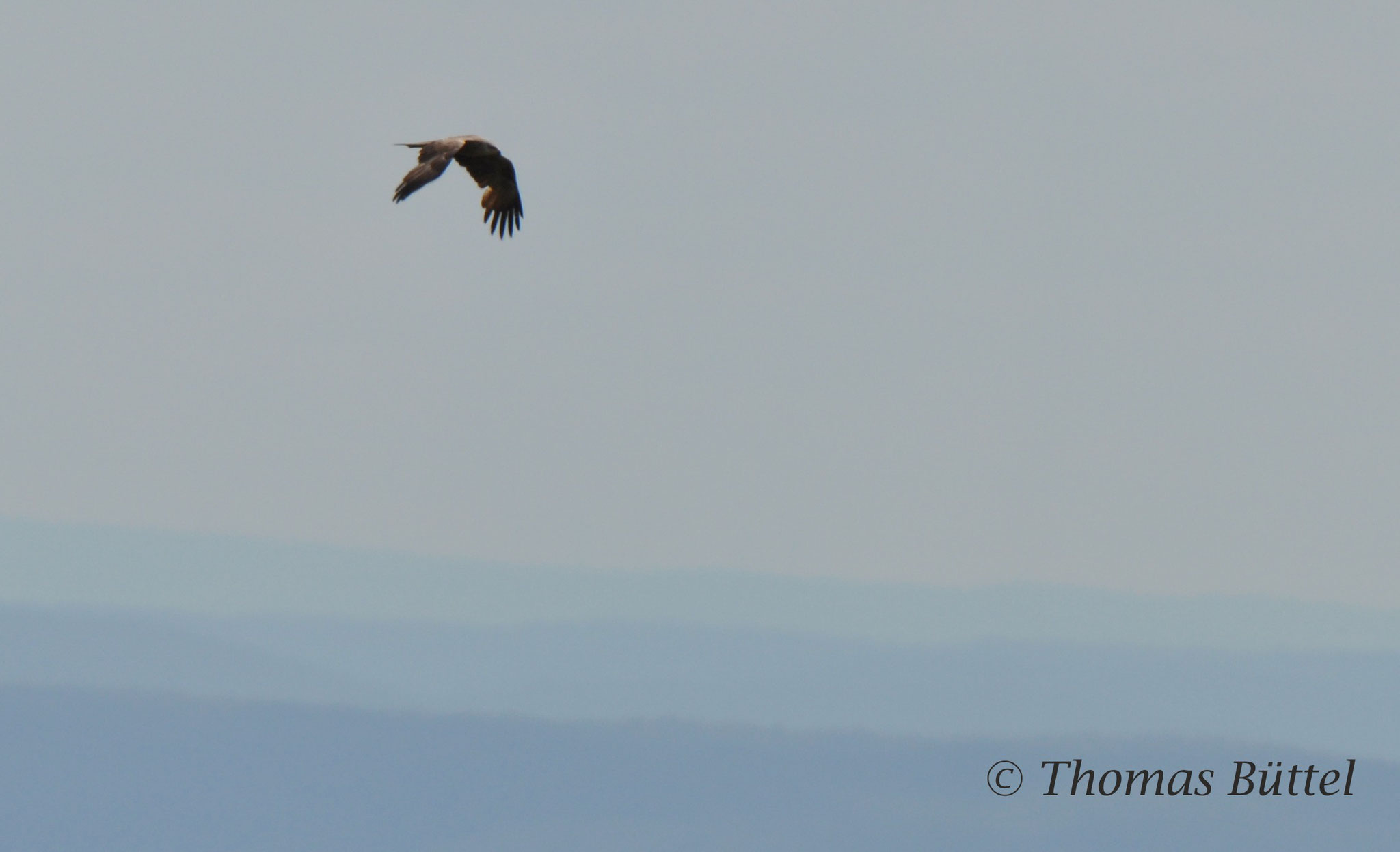 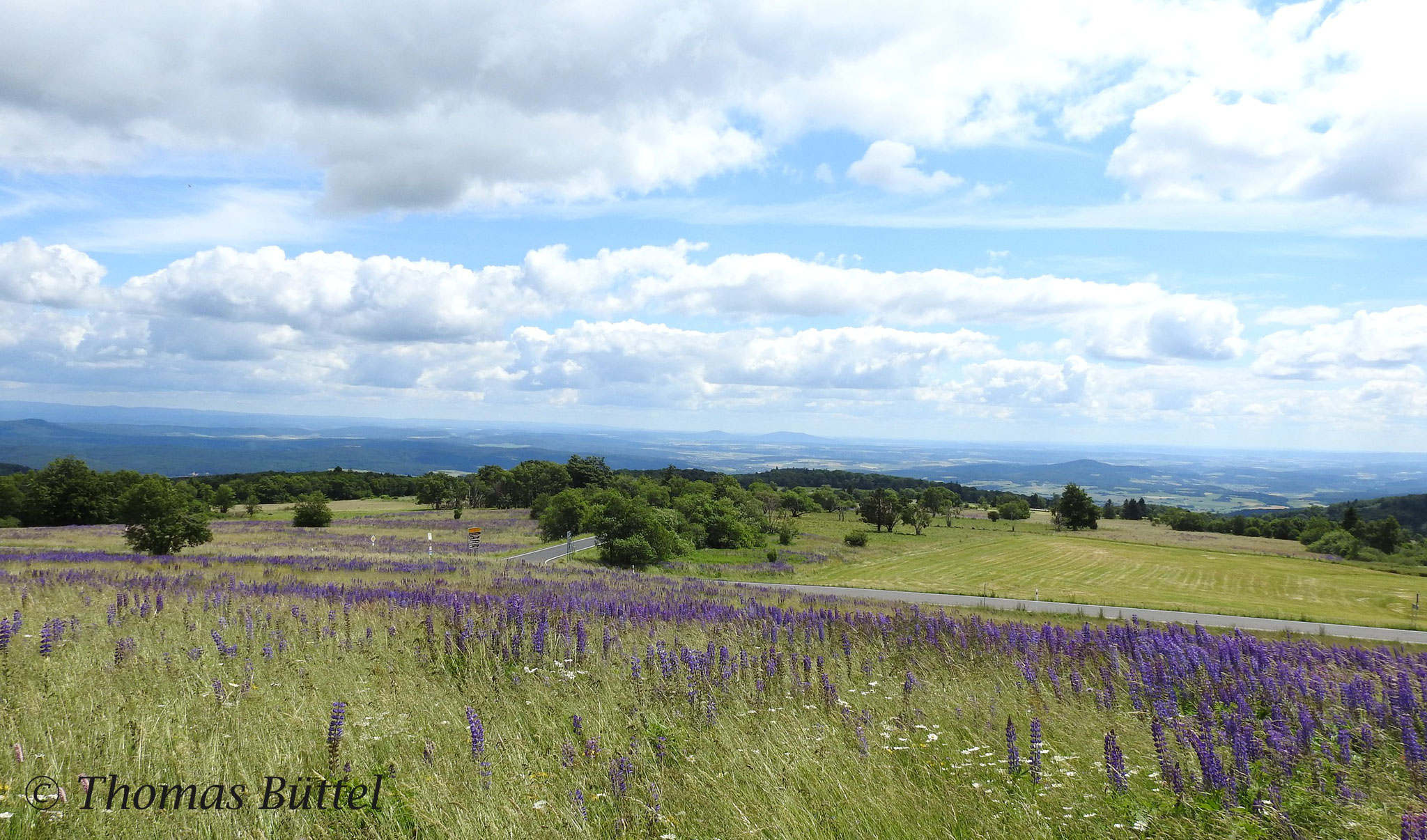 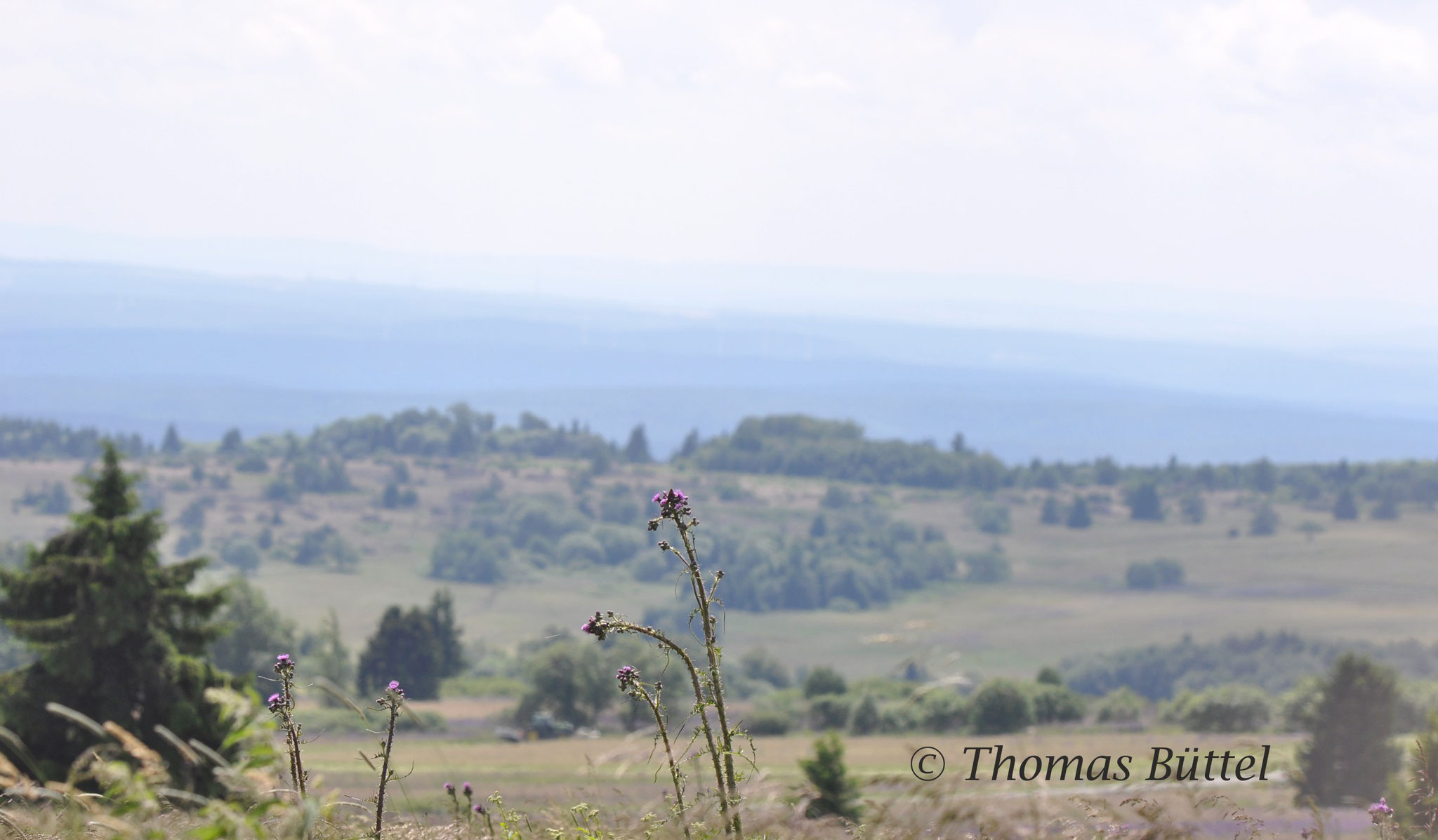 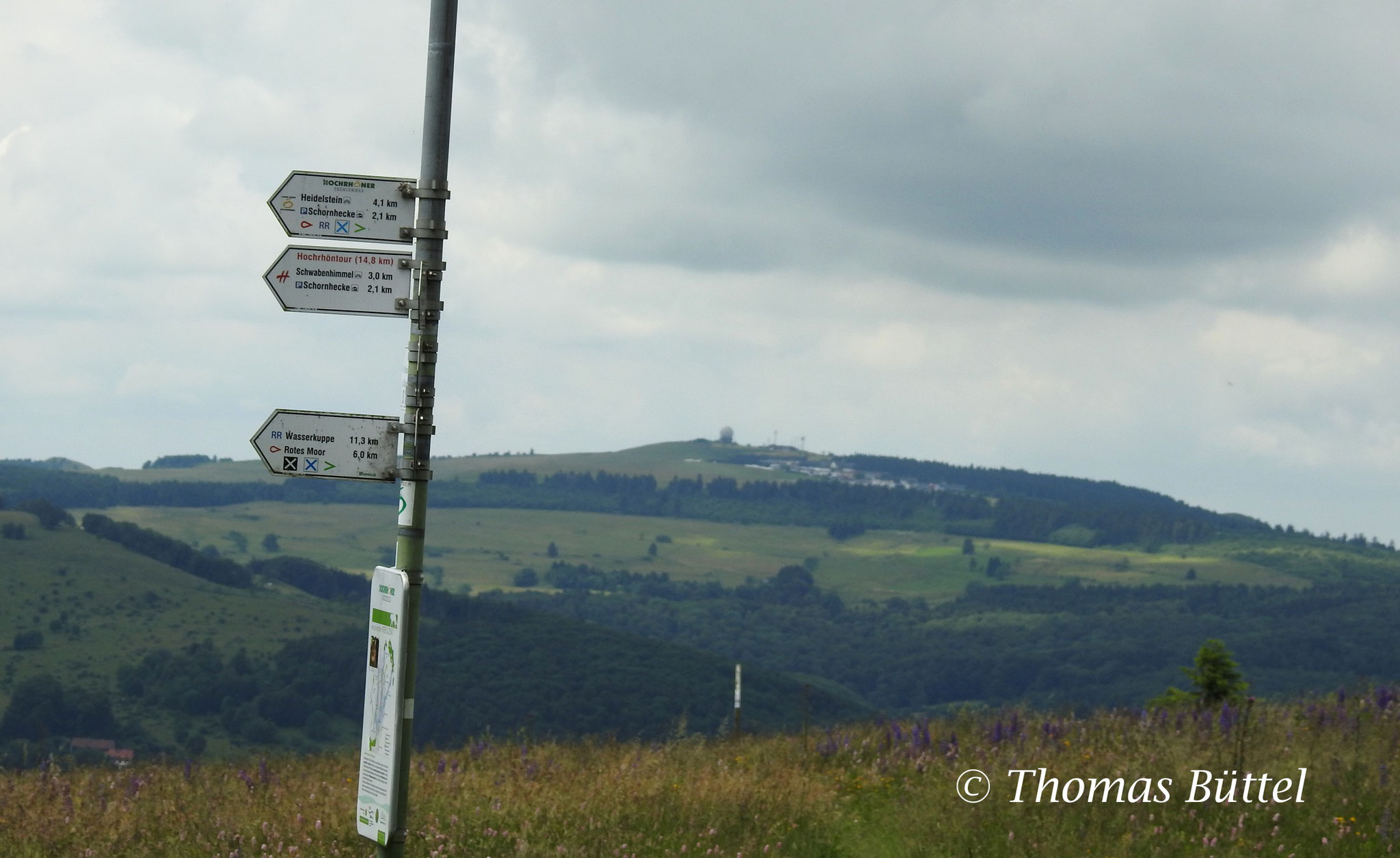