Two days ago I was asked to have a look on the pictures of a striking woodpecker found in the "Luisenhain" in Bamberg. It appeared to be a normal male Great Spotted Woodpecker, though the link between the neck and the post-auricular stripe was missing. This raised of course the question, if the bird might not be a hybrid Syrian x Great Spotted. However, any other feature like the amount of white in the tail or the extension of red on the neck was definitely pro Great Spotted Woodpecker. I wasn't sure, if the missing link could justify a hybrid and so I wanted to see the bird in real life.

Fortunately, I could spare two hours in the evening and waited for some woodpecker action at the place, where it was seen yesterday. It took however almost 1 1/2 h until I found the hoped-for woodpecker completely unexpected preening on a branch. For half an hour I observed it very well and so I took lots of record shots. These pictures reveal that any feature beside the missing link points towards Great Spotted Woodpecker: The white on the tail extended to t4 (far too much for Syrian), there are five white bars on the primaries instead of three in Syrian, the red on the nape doesn't reach the crown and the shape of the bill is too bulky for Syrian. Most important however is the fact, that when the bird was shaking, a small black bridge between the post-aurical stripe and the neck became visible (see the last picture for that).

I don't know how to judge this feature, but since anything else definitely doesn't indicate the influence of a Syrian Woodpecker, I'm now convinced that this bird is just a weird Great Spotted Woodpecker. Yet, I'm interested in any opinion about the bird. 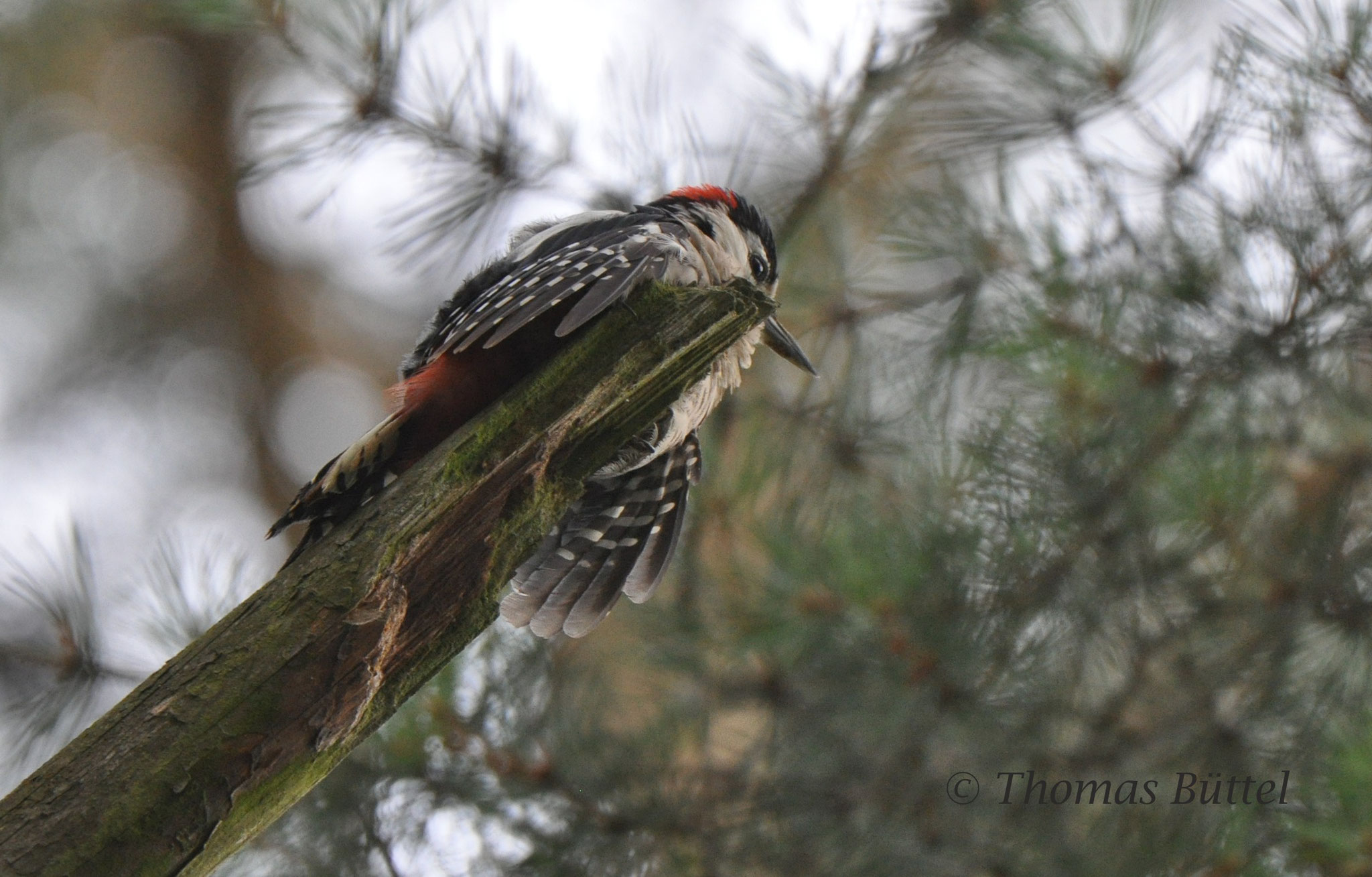 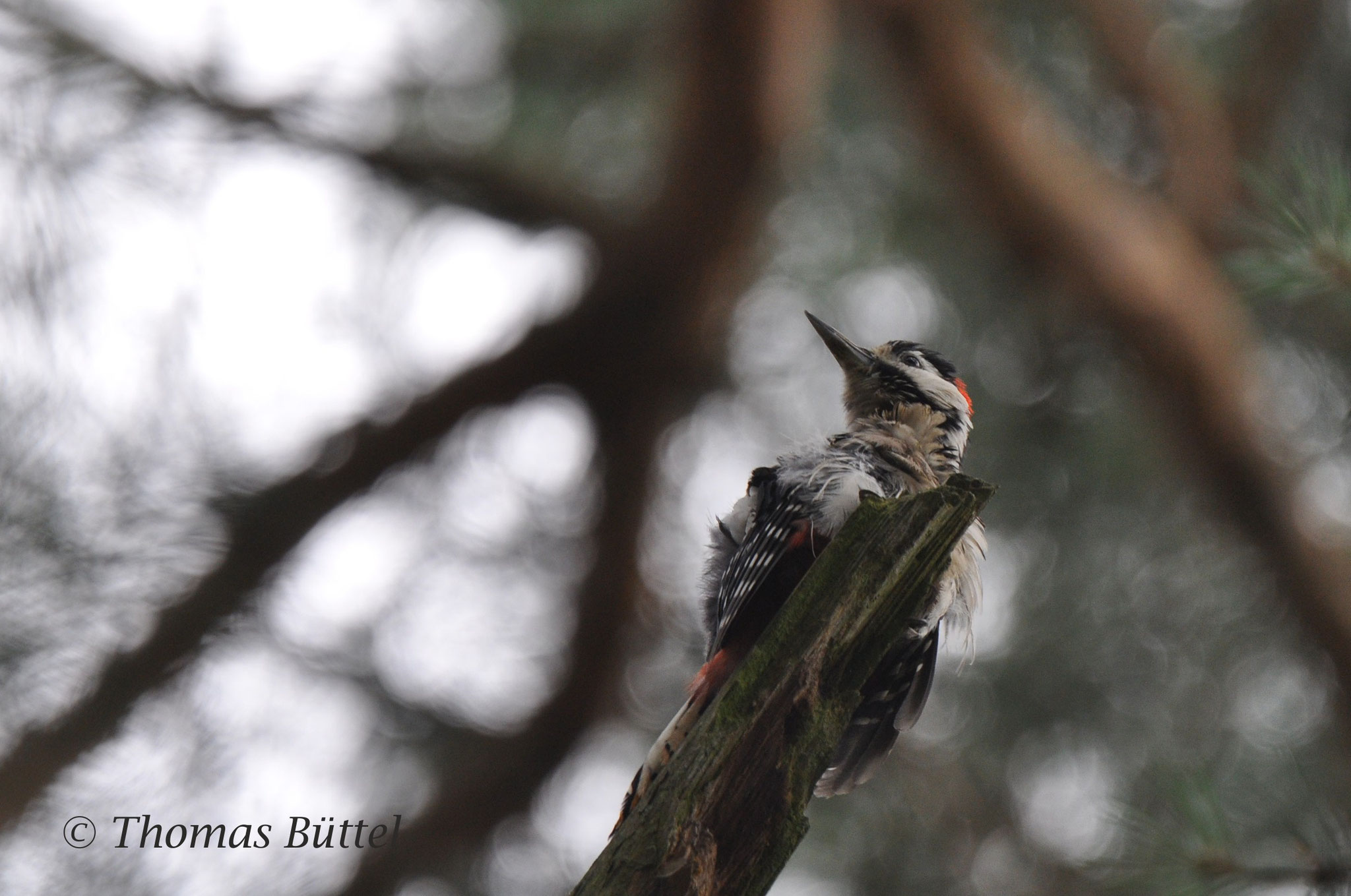 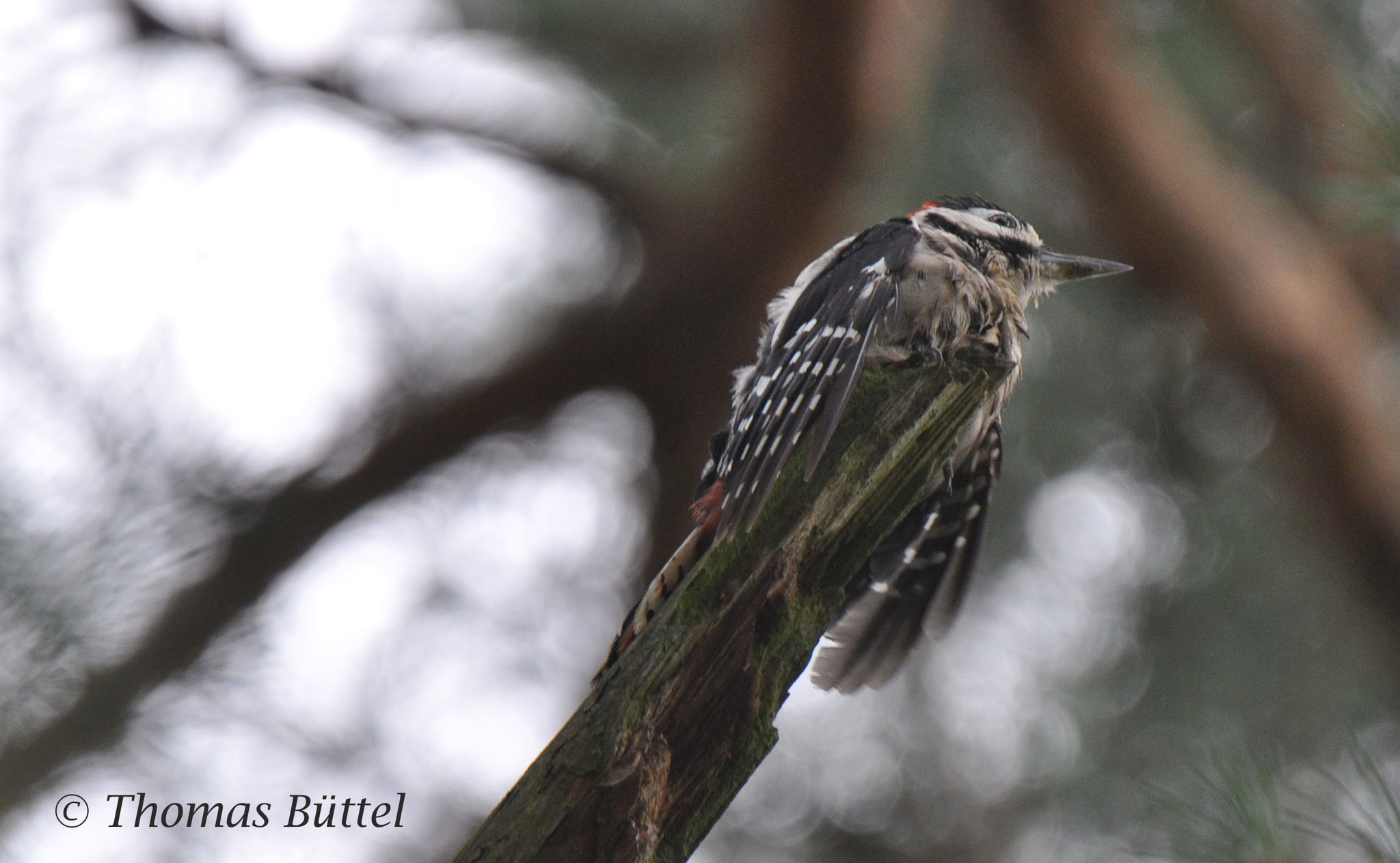 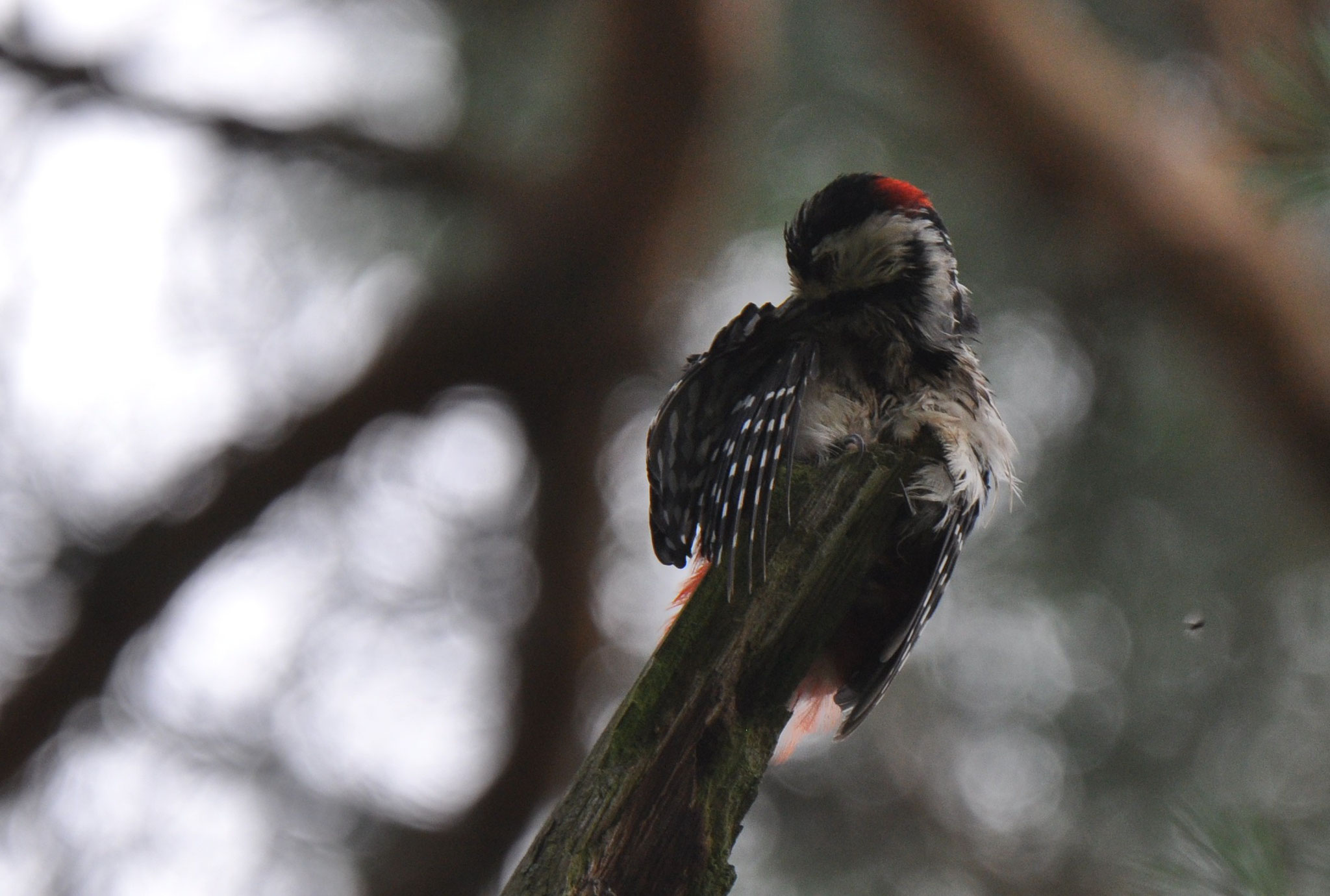 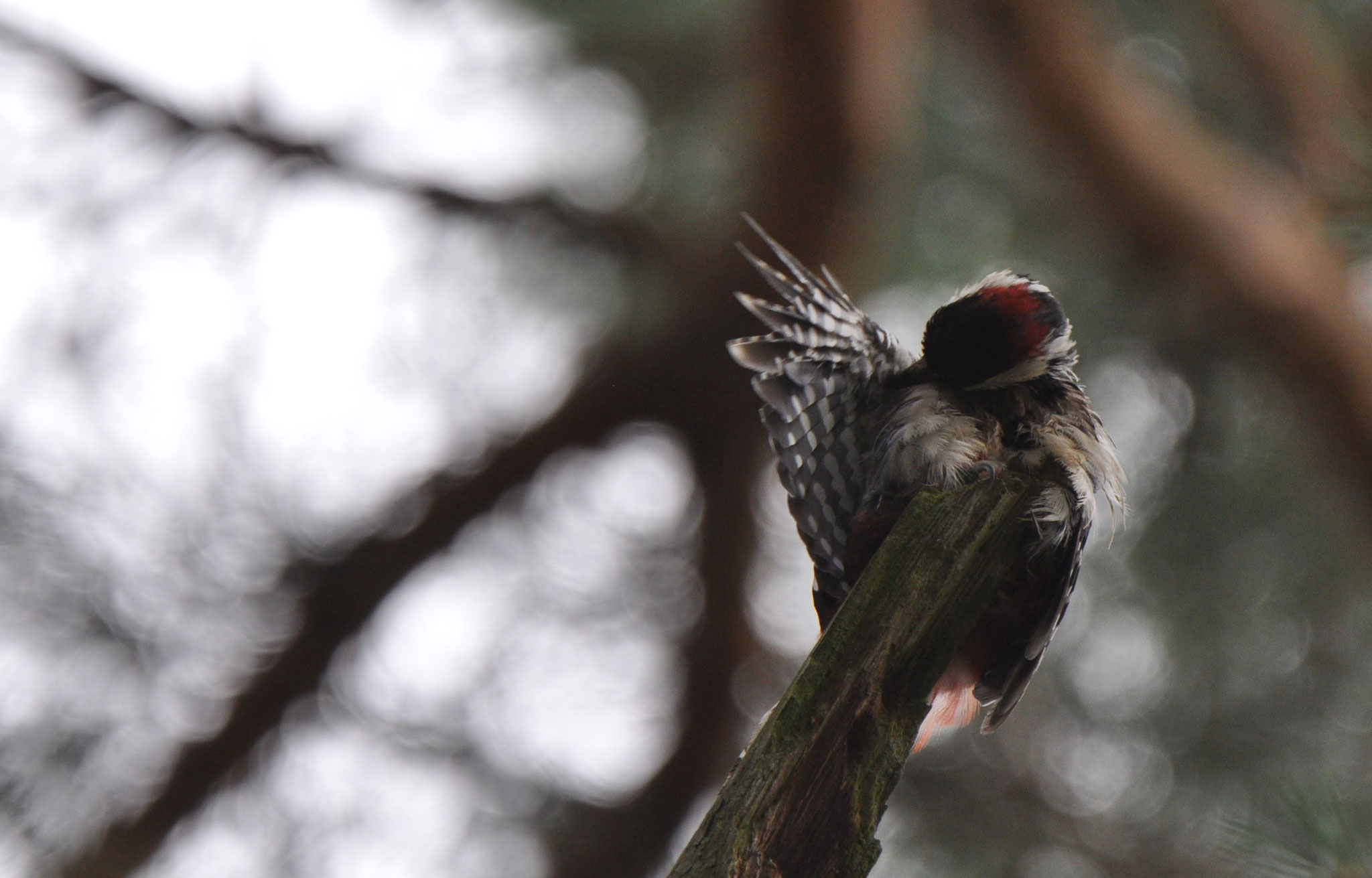 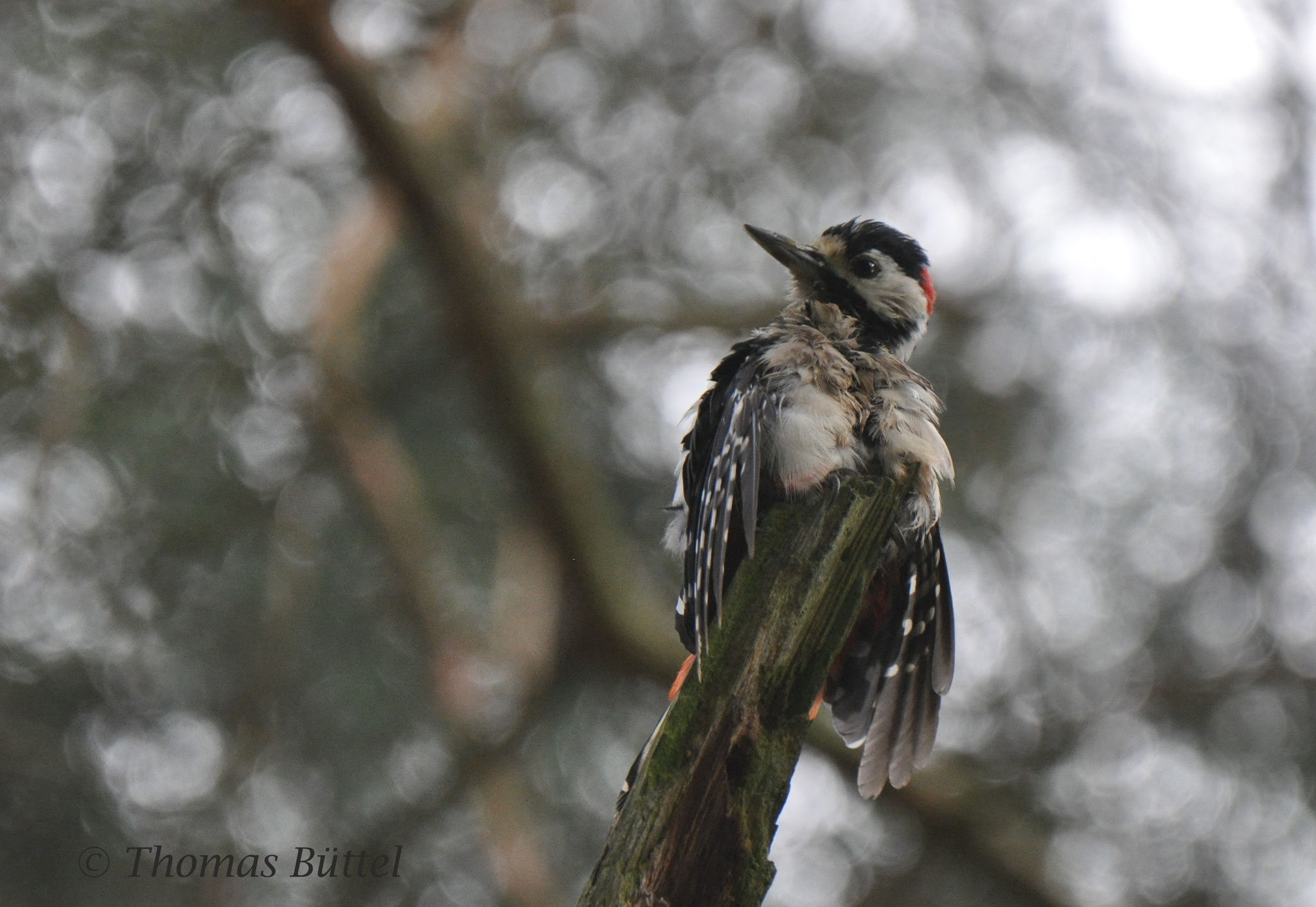 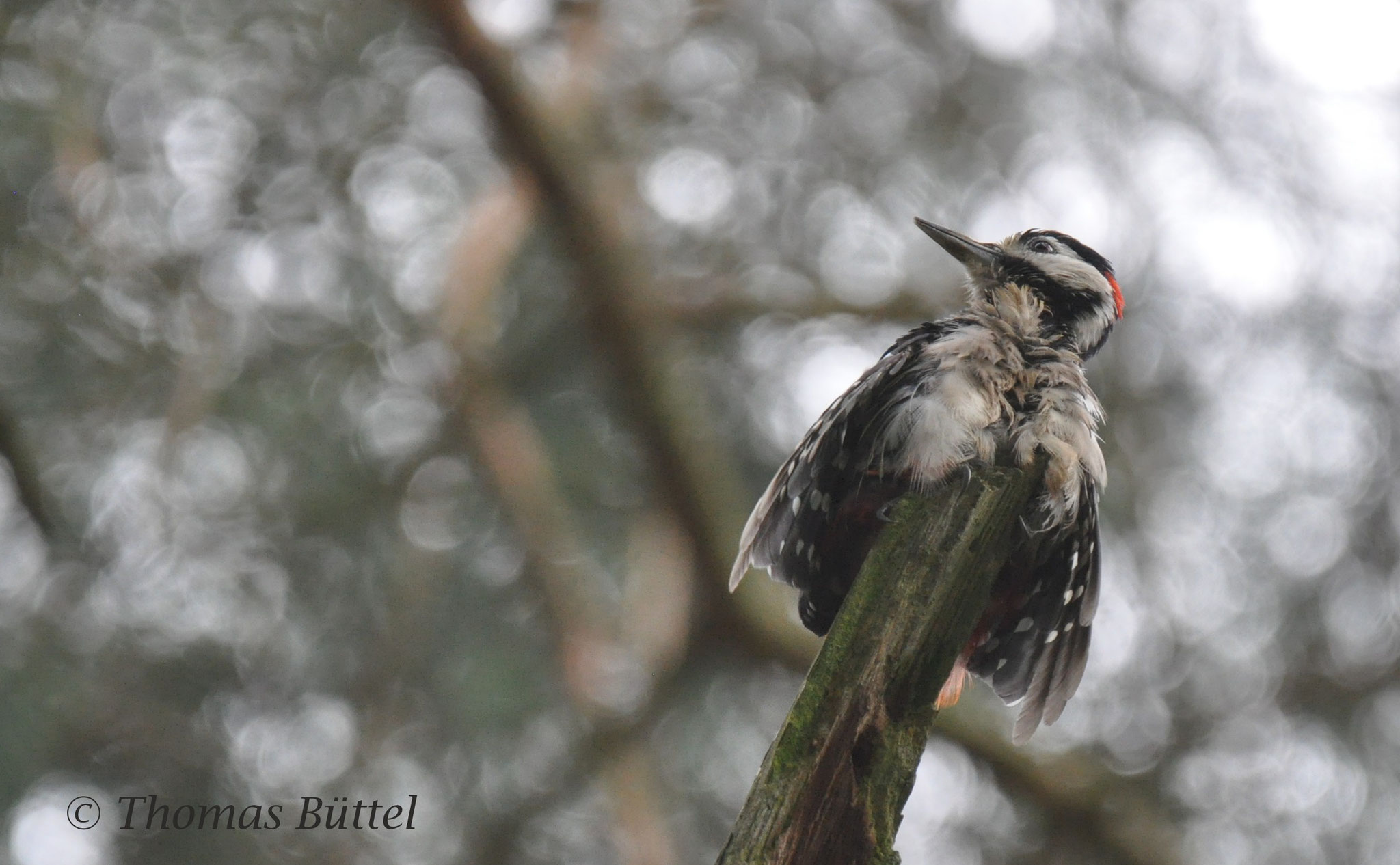 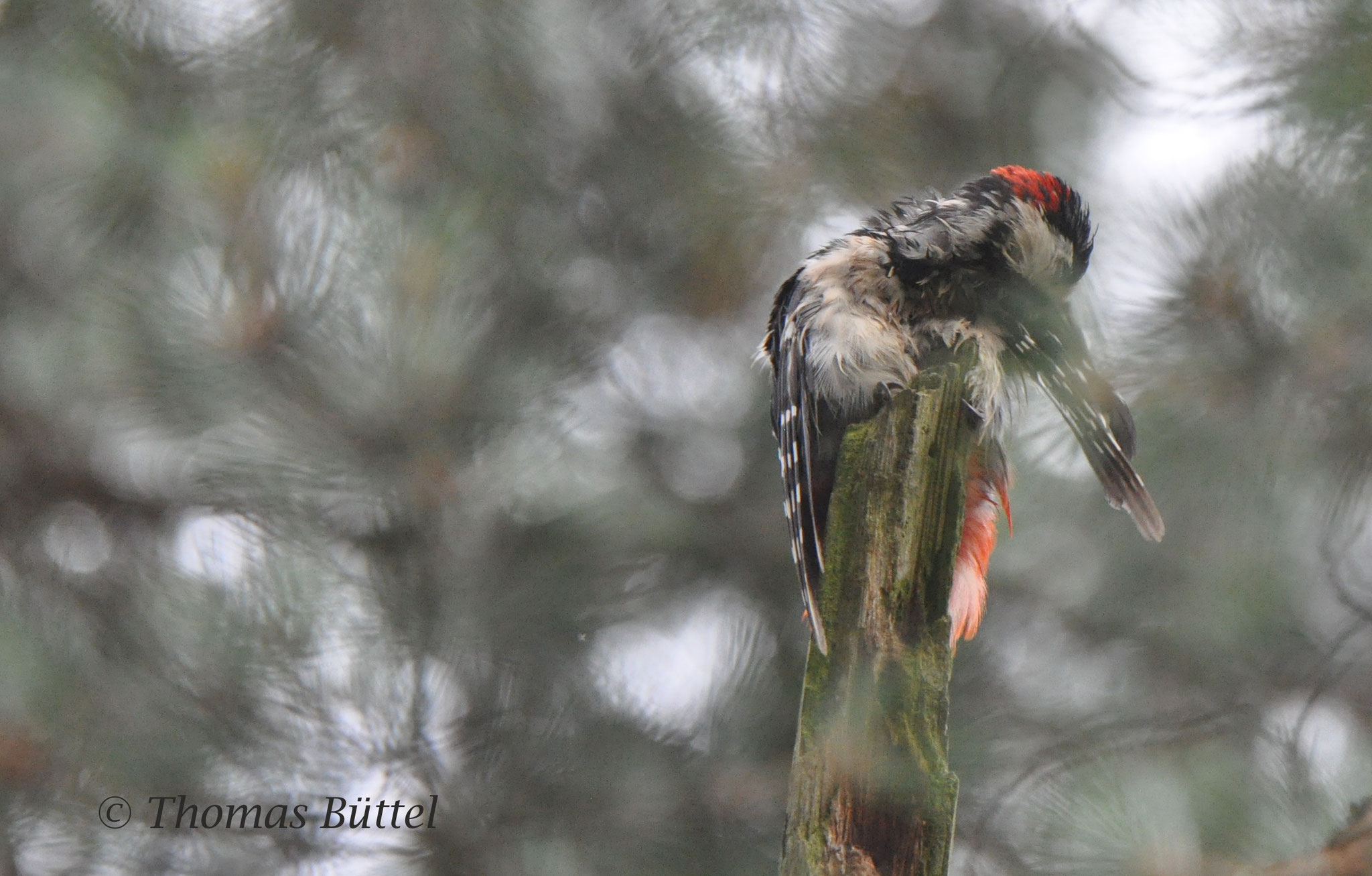 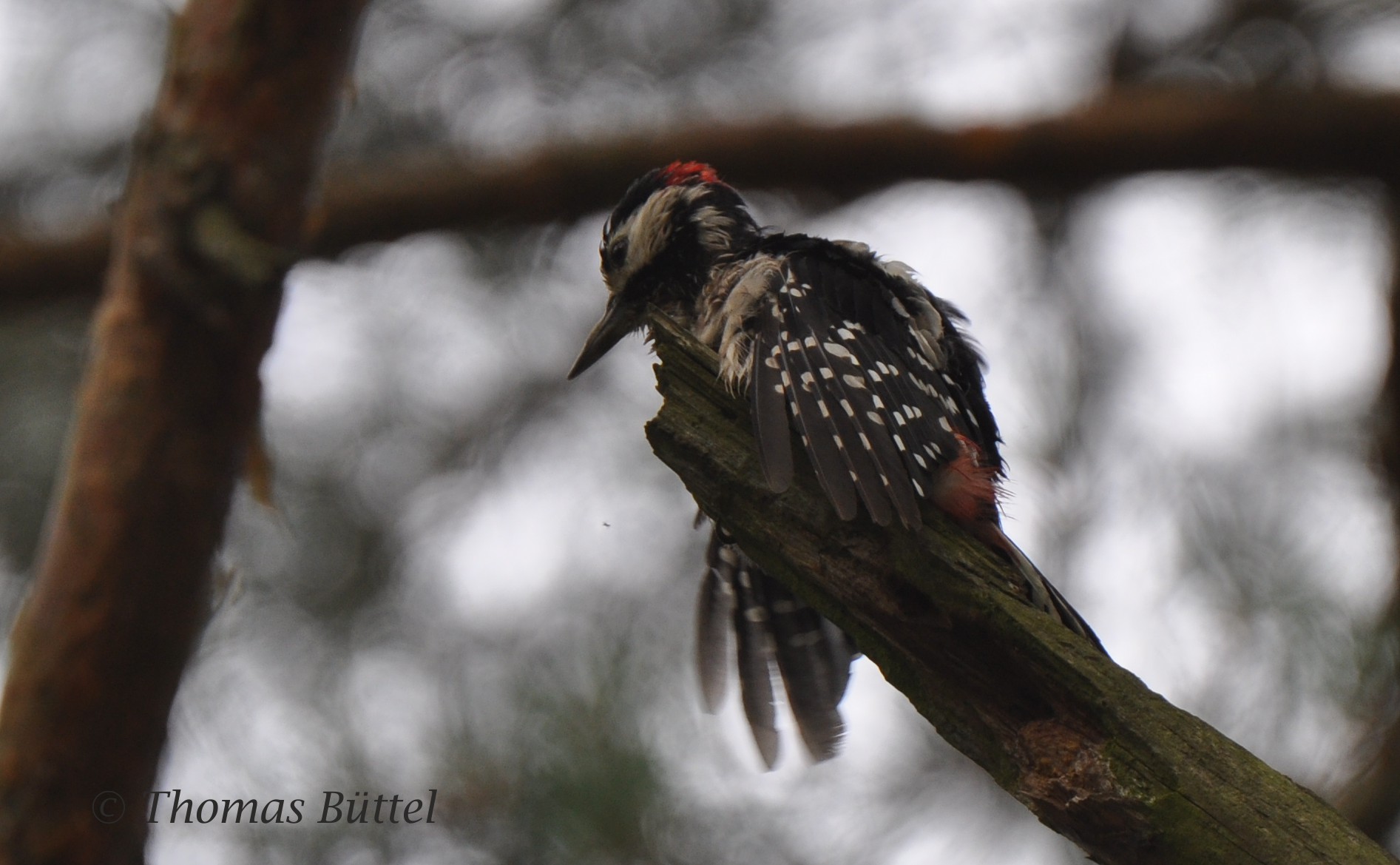