I had just left Bamberg for holidays when the news reached me that two rarities had turned up in Franconia. The first was a Short-toed Eagle at the Förmitzspeicher (district of Hof) and the second a Pygmy Cormorant at the Goldbergsee (district of Coburg). Of course I thought at first that I wouldn't get a chance to see even one of them having yet seven days of my holidays ahead. And - as expected - it took no longer than two days until the Short-toed Eagle finally left the Förmitzspeicher.

Anyway, last weekend I came back and was delighted to see on ornitho.de that the Pygmy Cormorant was still on-site. The plans for today were therefore quickly made.

To make it short, having arrived at the lake at 10 am it took only a couple of minutes until I spotted the rare guest at its favoured place, a dead branch in the NE-corner of the "Biotopsee" (northern half). Although the bird could be seen fantastically, the great distance and the heat wave made it difficult to photograph it. So most of my pictures are a bit artistic, like the one below:

Since the Pygmy Cormorant wasn't very active and stayed always very distant, I soon turned my attention to the other birds. Most interesting were the two present Ospreys, which were fishing in this part of the lake. Unfortunately, they were too distant for "decent" photos as well, however it's always a joy to watch these impressive raptors. Although they are regularly seen nowadays on passage, there is so far just a single franconian breeding pair of this increasing species. We can only hope that this changes soon!

Apart from that there was mainly common stuff like a few late Red-crested Pochard and Gadwall families still leading their ducklings and lots of raptors like the various Marsh Harriers, which seemingly had had a good breeding season here. All in all I had some pleasant hours here including the relaxed tick of my first Pygmy Cormorant in Germany. 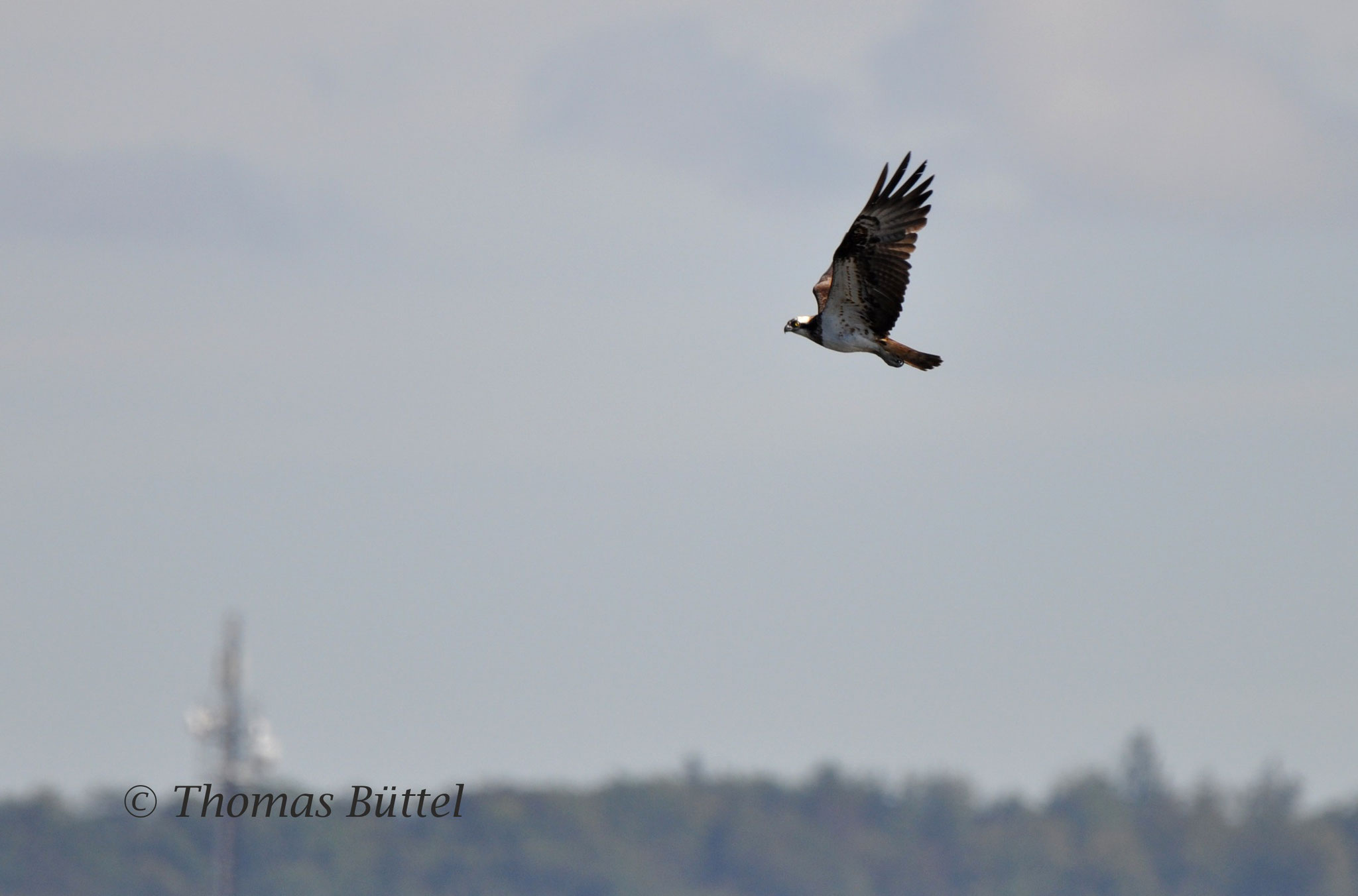 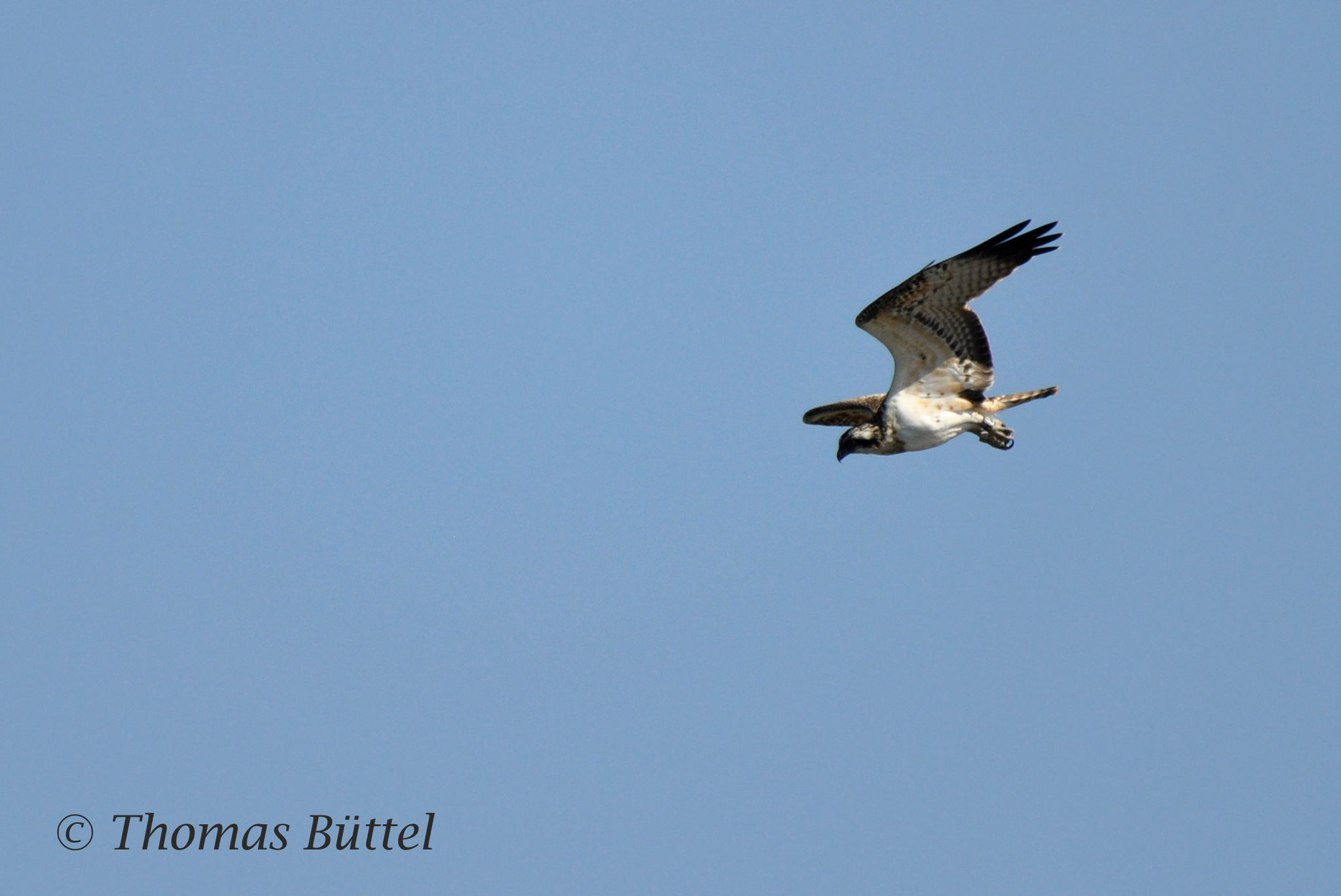 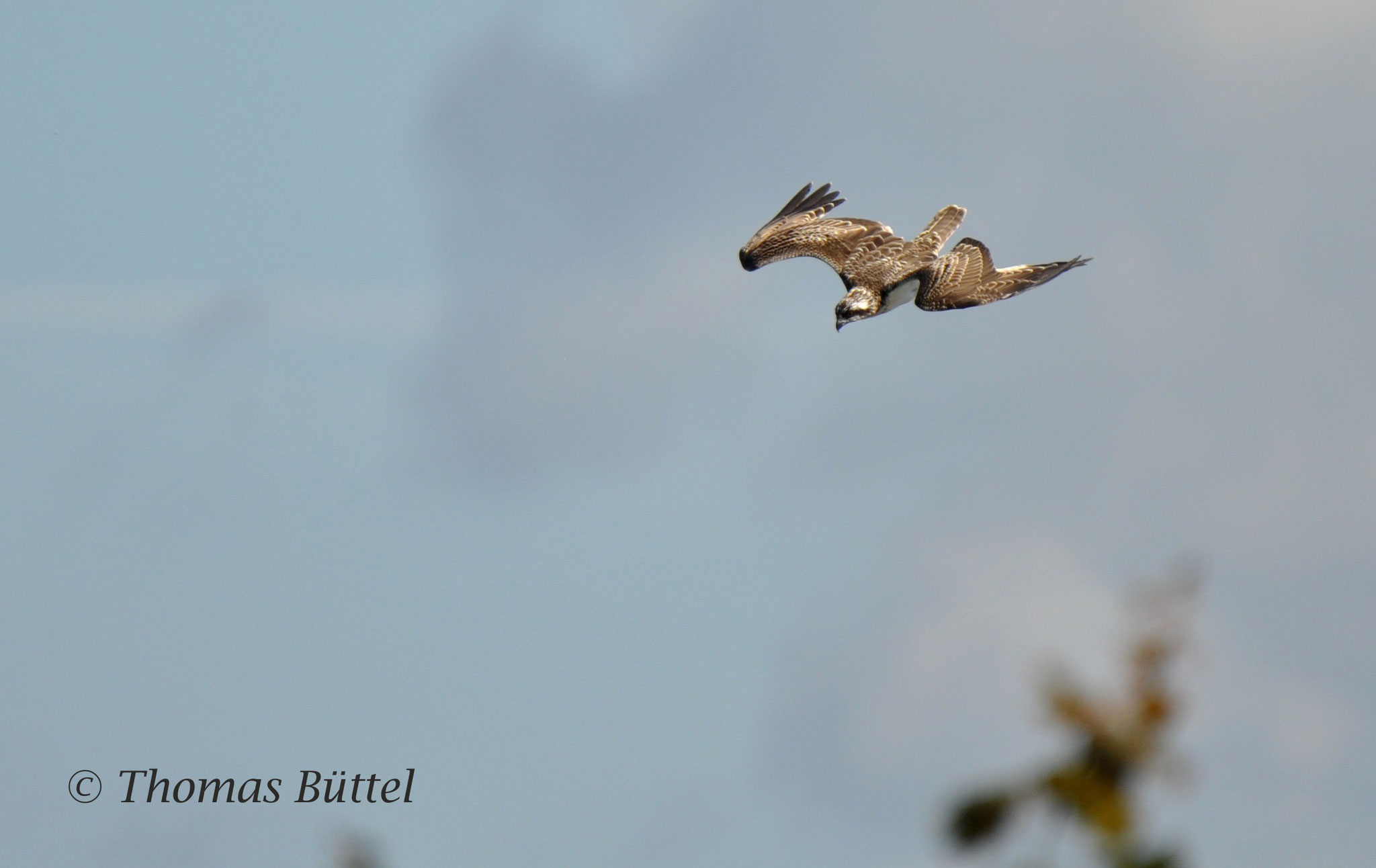 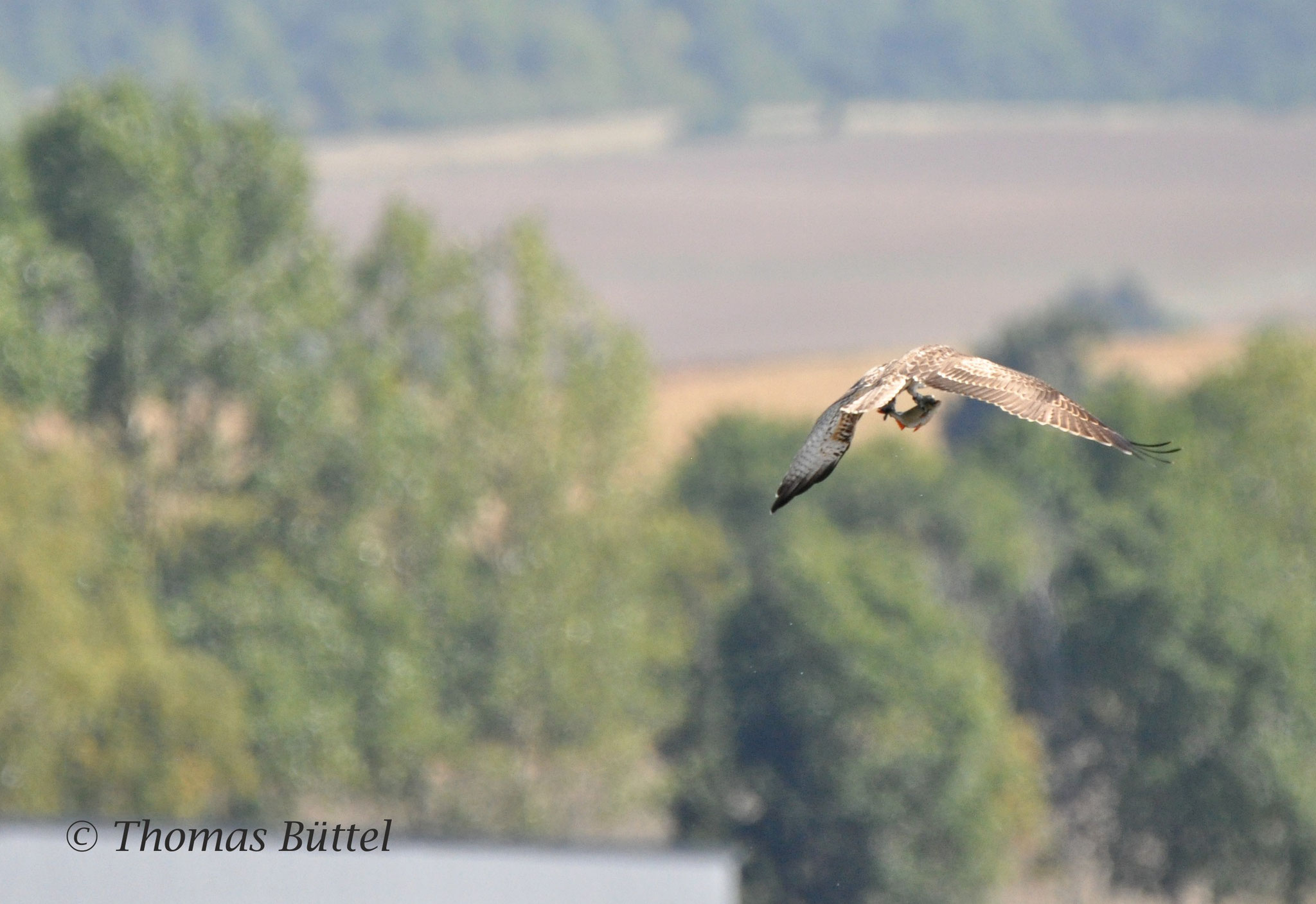 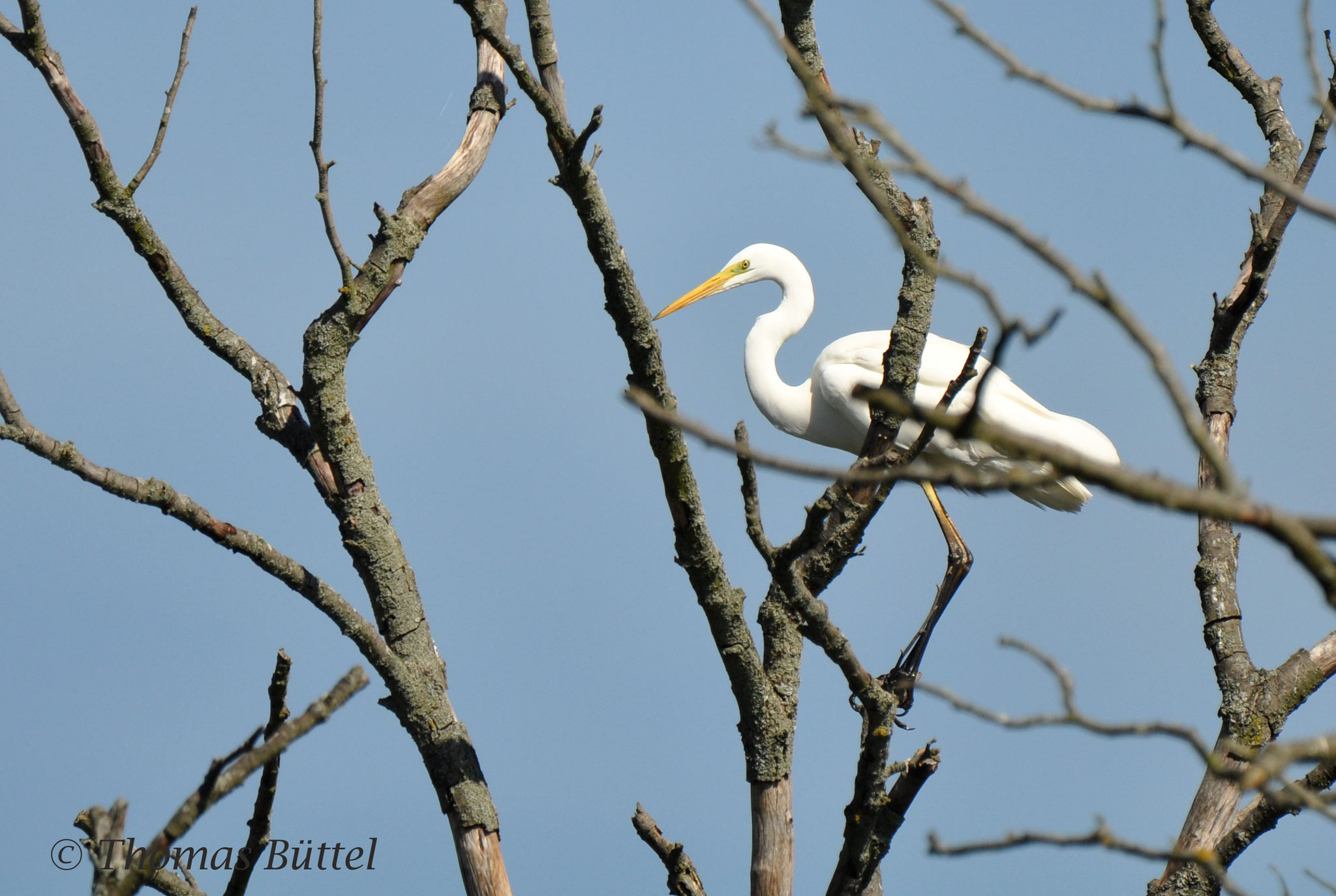