Yellow Wagtails in the autumn

I know, it's been a long while since the last update, but I've been very busy over the last weeks and had no time for keeping this blog up to date. Originally this post was planned three weeks earlier (last update: 28.08.16), so here it finally is:

Today I wanted to find some resting raptors and maybe even a flock of the seclusive Dotterel. The mainly agricultural land around the small village Merkendorf looked very nice on the first glance, however there wasn't much of interest and so I soon turned around. On my way home I came shortly afterwards along a field that was alive with various passerines. Having yet a lot of time left I grabbed my binoculars and scanned the field carefully.

After a couple of minutes it was clear that the major part of the birds were without doubt Yellow Wagtails. This very fact might not seem so intriguing, however I was amazed how variable the plumage of the various wagtails was. I can only imagine that the particular individuals start moulting differently and are therefore in a different moult stage. While in the spring especially the colourful males are often identified on subspecies level - as the plumage is fresh and shows all the necessary features-, this becomes very difficult in the autumn, since many plumage characters are no longer visible. Nevertheless, I was able to pick out at least one Grey-headed Wagtail (Motacilla flava thunbergi), because the bird showed dark ear corvets and a slim broken supercillium. Apart from that there was a great variety of wagtails of which I can't be absolutely sure.

1.) The bright yellow one in the centre is - at least I think so - an adult male Blue-headed Wagtail (Motacilla flava flava). If you zoom in on the head you should see the relics of the grey-blue plumage that makes this species so striking in spring. The other two right next to the male should be females.

2.) Here is another adult male Blue-headed Wagtail, although the grey-blue plumage tones on the head are already dominant, which makes this bird rather easy to identify.

3.) And eventually there is a third adult male Blue-headed Wagtail showing much less grey-blue on the head. Nevertheless, I'm still convinced that this just an effect of the not yet moulted plumage.

As already mentioned, the wagtails were accompanied by some other passerines. The most conspicious were a small flock of Whinchats (first picture) and some Wheatears (second picture), which are typical both for the season and the habitat.

So it can be worth not only to visit the lakes and wetland areas in this time of the year, but also to pay attention to the normal cultural landscape around us. 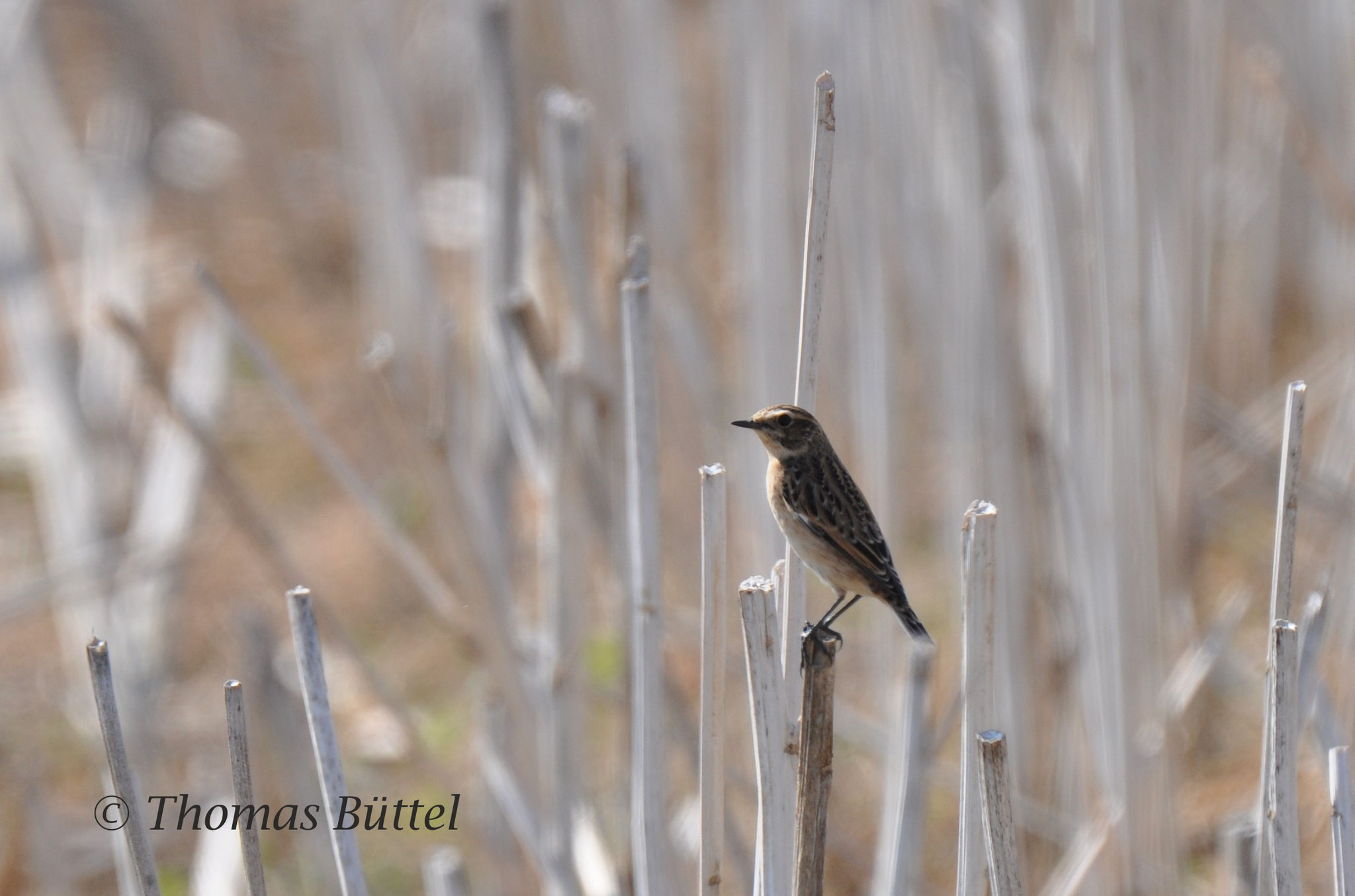