Gulls on the Ice

Winter holds on and by now all lakes and partially even the rivers are frozen. Accordingly, there aren't many places left for observing water birds, the harbour of Bamberg being arguably the best at the moment. Today I spent some nice hours there enjoying the great light and watching out for interesting gulls.

The Black-headed Gull is of course still the most numerous gull-species, followed by Common Gull (some dozen) and Caspian Gull. Interestingly, there were almost no Yellow-legged Gulls, which is or rather has so far been the most common representant of the larger gulls. 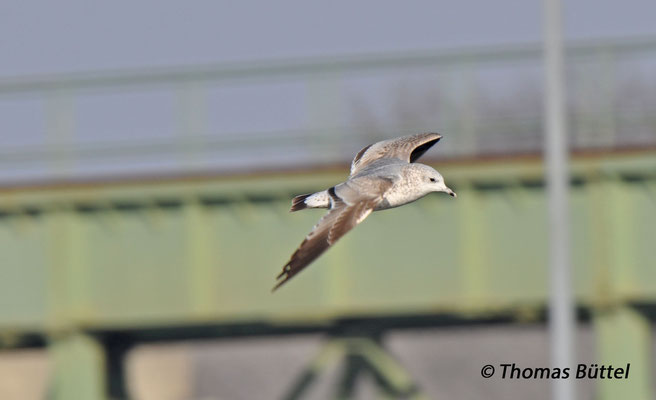 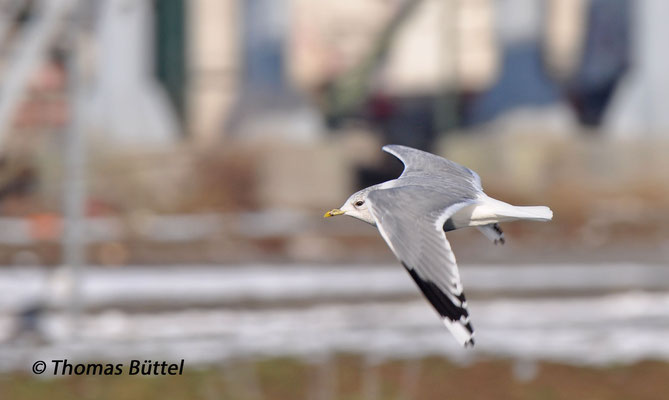 Among the several Caspian Gulls I found another interesting, ringed, subadult gull, which was identified by altogether five birders as Herring Gull. At least the pale iris, the compact bill, the shape of the head, the pink legs and its short-legged appearance pointed towards this species. However, a few days afterwards I read on ornitho.de that, according to one of the observers, the ring was assigned to a Caspian Gull ringed in Belarus. Considering the rather straight-forward ID in the field, I'm not sure, whether this can be true. Can this bird really be a Caspian Gull, even if seemingly all field marks point against this species? Have a look for yourself. 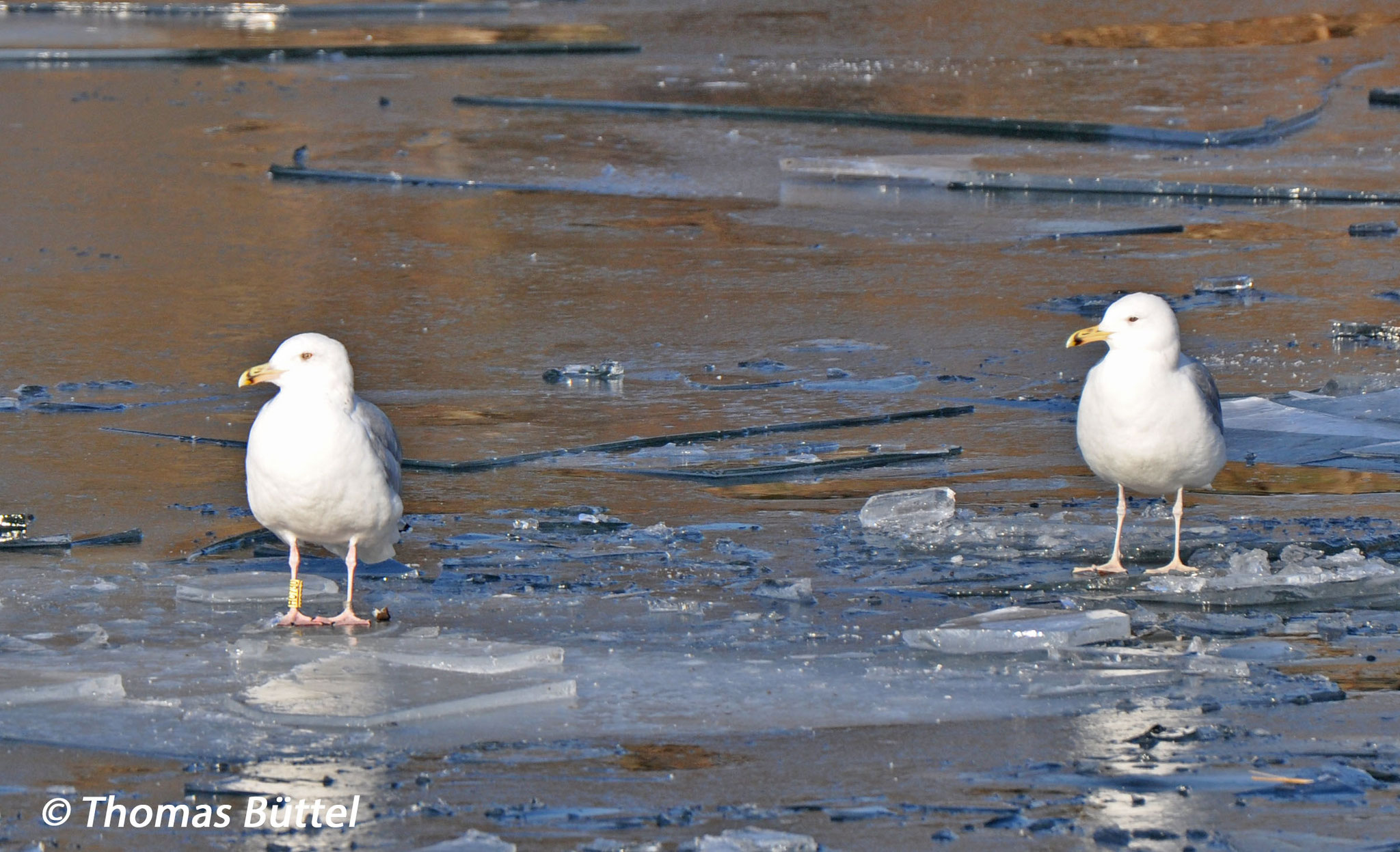 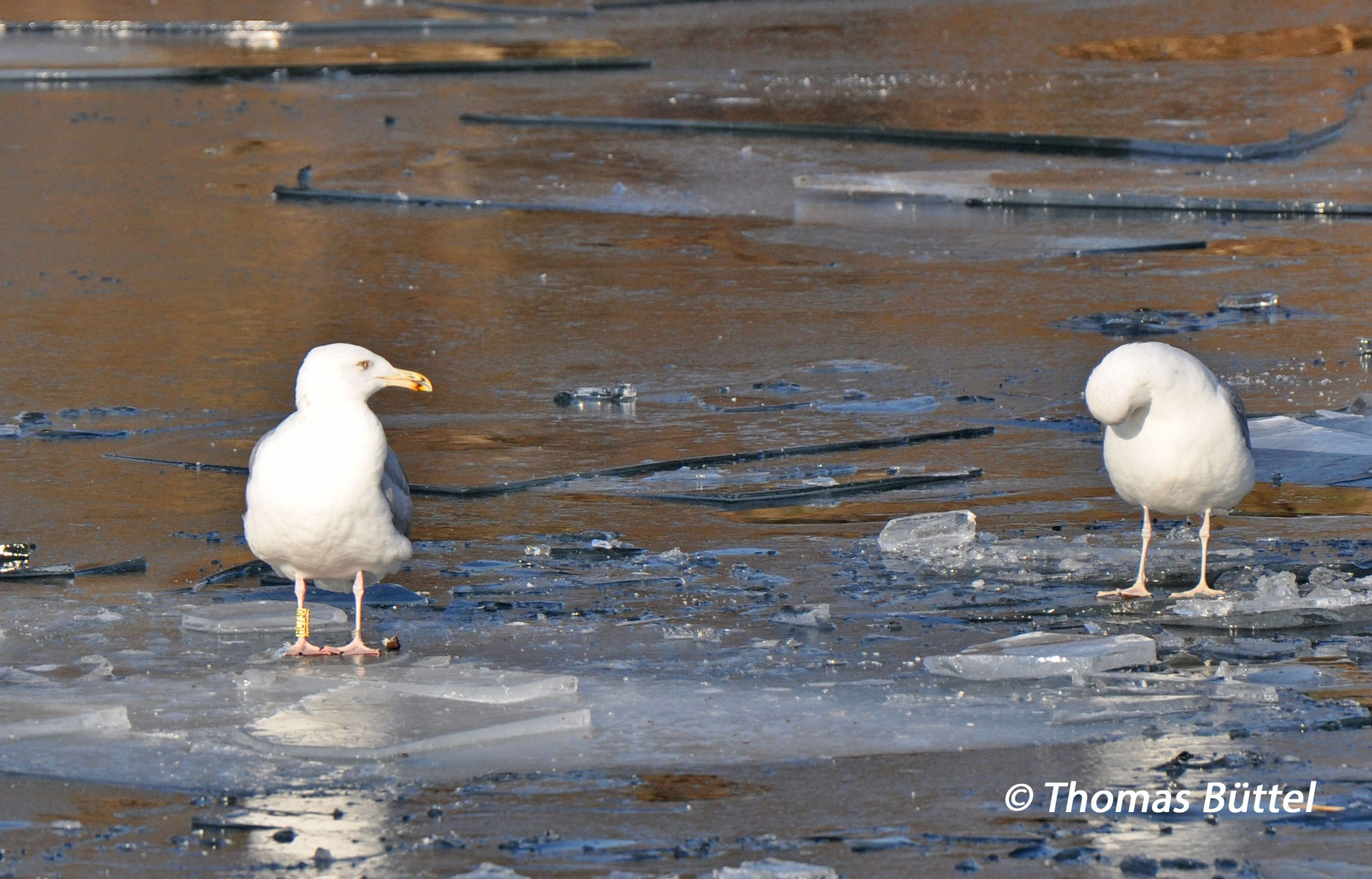 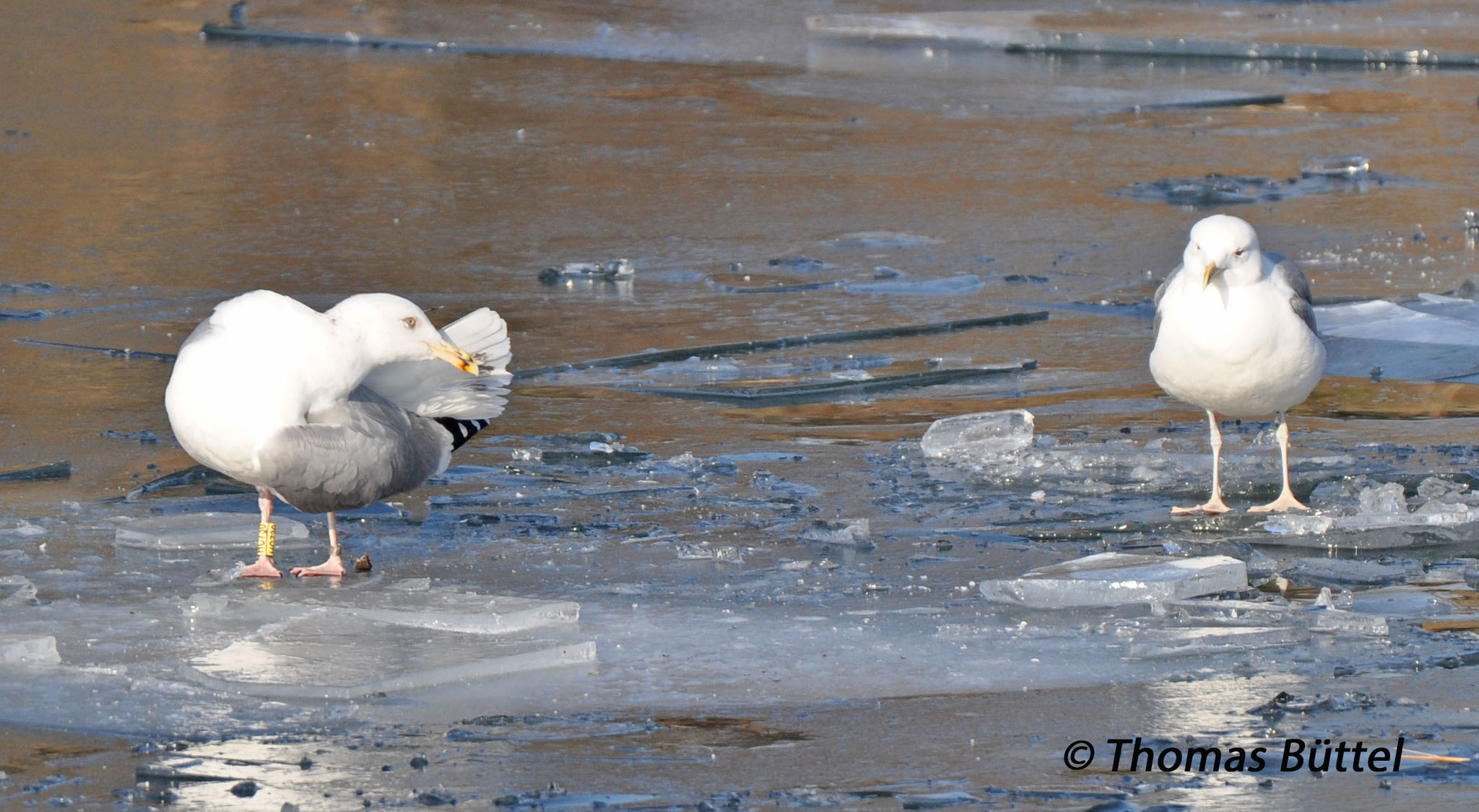 Fortunately, there was also a much clearer candidate for a Herring Gull present, namely this immature individual (see the pictures below). The pale iris, the evenly patterned underside, the compact structure and bill should make this bird a clear case.
As you can see, the harbour of Bamberg is currently a really exciting place for birdwachting. I'm curious what will be found there in the next days. 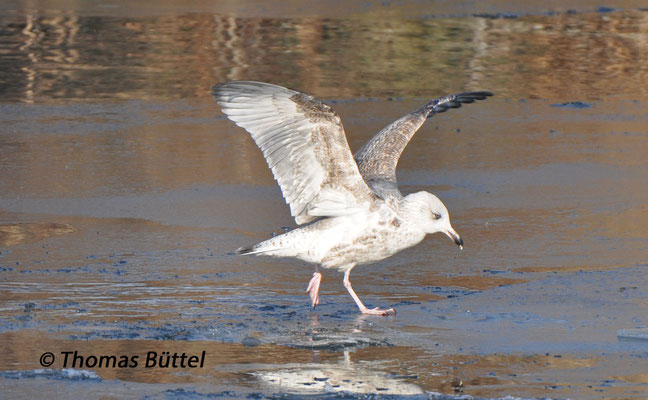 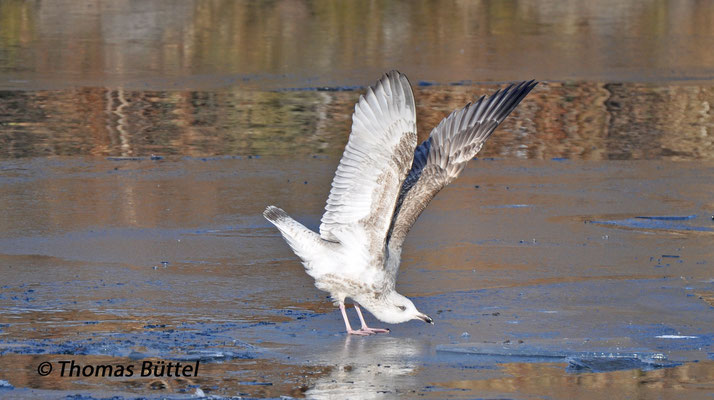