Return of the Redpolls

The last nights have been very cold and hence the most lakes nearby are completely frozen. So it was evident for me that I'd start this beautiful sunny morning at the harbour of Bamberg. Yet despite of the icy weather there weren't many water birds respectively gulls. Generally, this winter has been far too mild for pulling in "good" waterfowl from the north. Even the traditional gull roost isn't viewable from the public sidewalk in this year, so you need a good portion of luck to see something nice. The best bird I've so far seen there in this winter has been an adult Herring Gull five days ago.

Due to the lack of interesting birds on the water I focused on the shore vegetation and was rewarded with six Redpolls! Over the last weeks there have been here and there records of Redpolls, sometimes up to 30 individuals. I don't know whether it's always the same flock that's wandering around or several smaller flocks that pass through. For the latter speaks the fact that the amount of Lesser Redpolls amongst the Mealy Redpolls varies. Today all six were Mealy Redpolls, which are much rarer in Southern Germany than Lesser Redpolls. It didn't take until they got used to my presence and came from time to time exceptionally close. 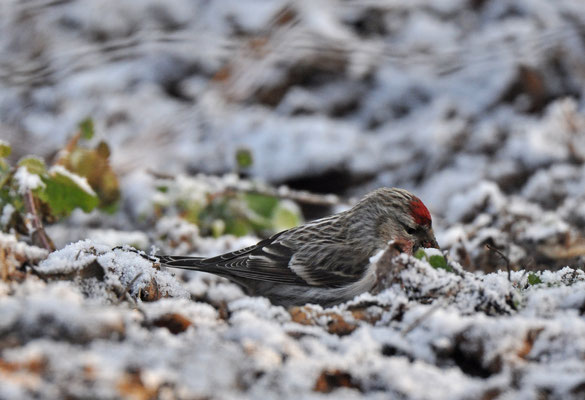 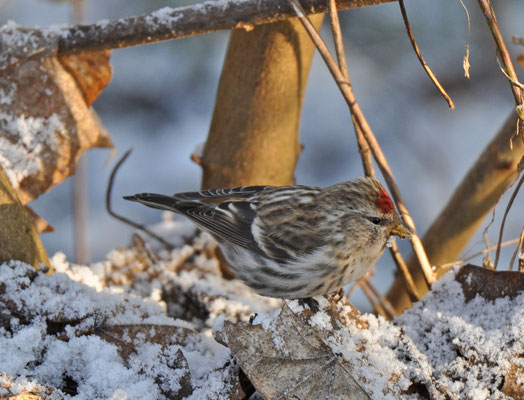 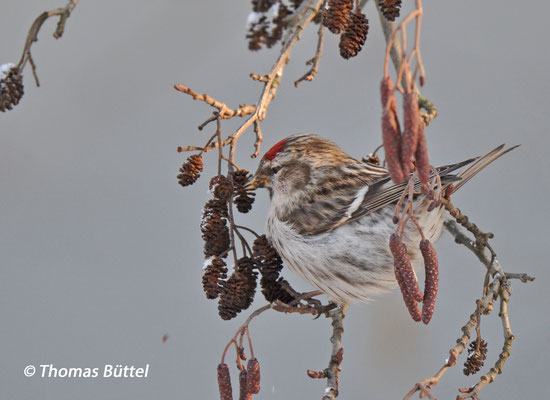 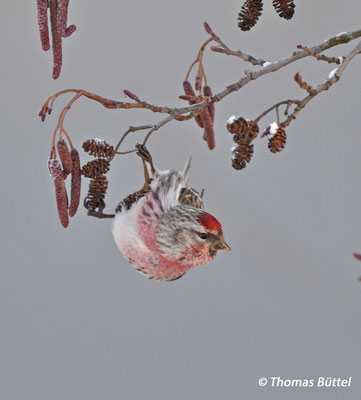 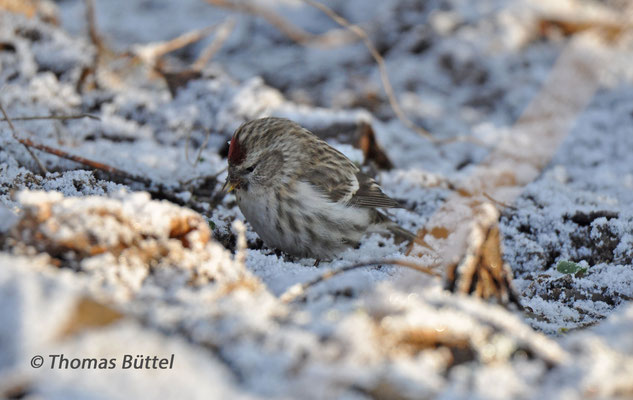 In the wonderful light of the strenghtening morning sun photographing was comfortable and enjoyable alike. So after the Redpoll flock had flown away, I decided to make a detour to the Luisenhain, which is an old park in the south of Bamberg and holds plenty of songbirds. Especially in the winter it's a good place for taking close-up shots of birds due to the several feeding places supplied by the municipal utility company. The highlight here was a Crested Tit that was feeding on some fat-rich food, which had been spread on the bark of a tree. 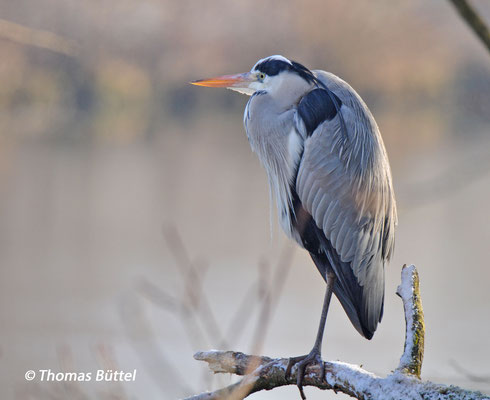 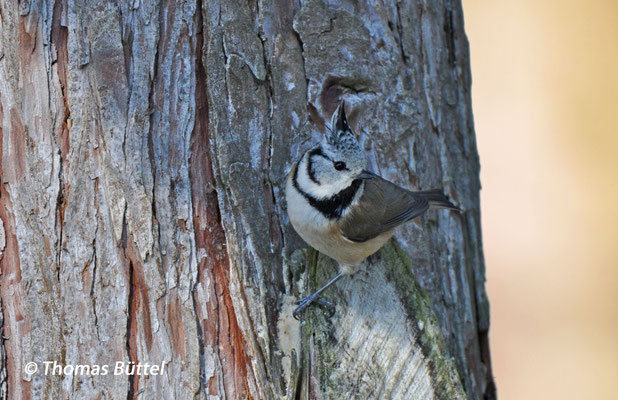 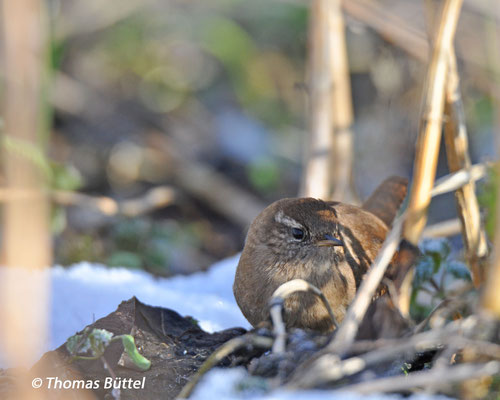 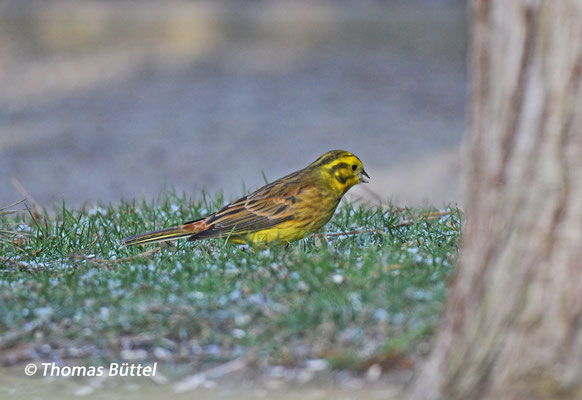