At the moment it's really frosty here and there is no chance to find a lake or quarry pond that's not frozen. Therefore I can't report from many interesting sightings. Instead I want to show you some pictures of Long-tailed Tits I've recently seen in the Luisenhain and on the Kreuzberg and reflect on the identification on subspecies level.

In the winter it is often worth to look a bit closer on these small passerines, since they could belong to the rare caudatus-race. Their most prominent feature is a totally white head in contrast to the dark stripes of the continental Long-tailed Tits. At first this might sound rather easy, yet between these two classical cases there is a whole range of intergrades. Additionally the appearance of the same bird can vary conspicously in different light situations and viewing angles.

The following four pictures show always the same tit. Despite of its apparently "white" head it can't be a real caudatus, because there are yet some few dark feathers near the neck. 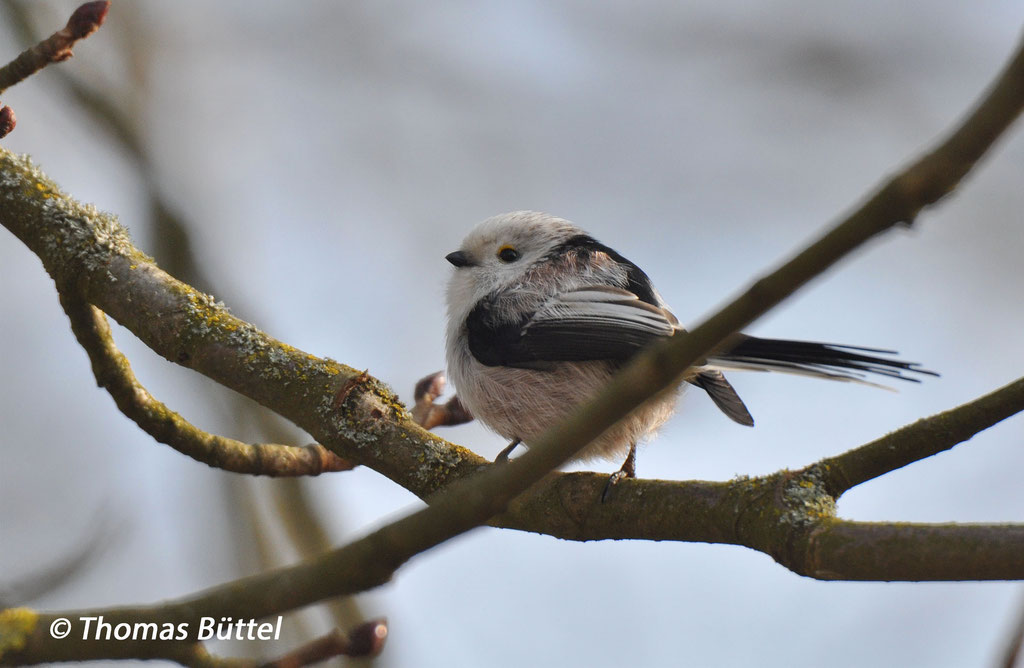 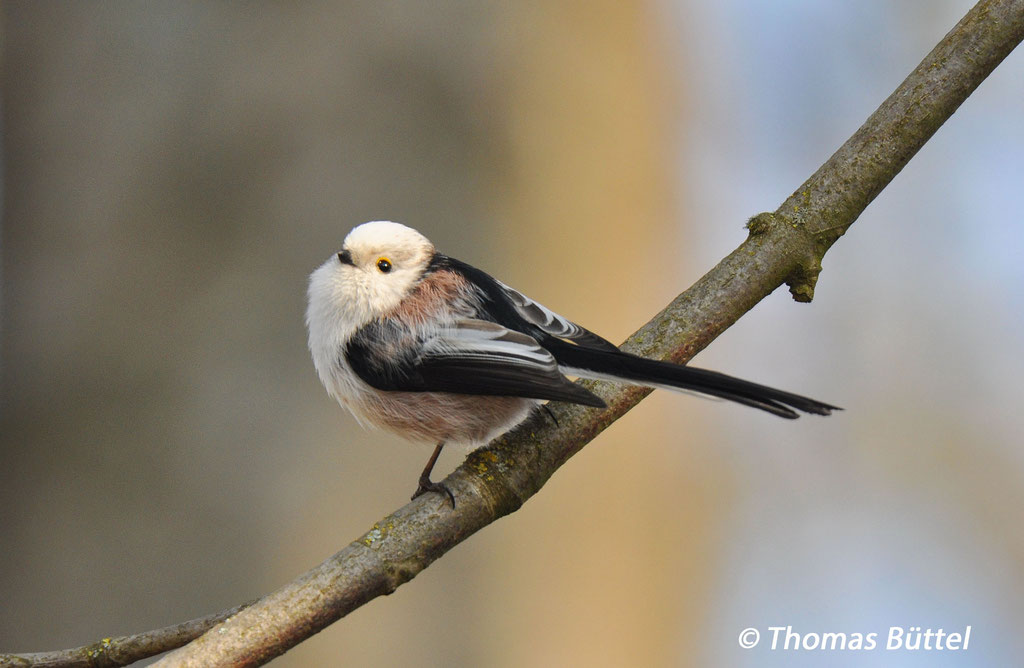 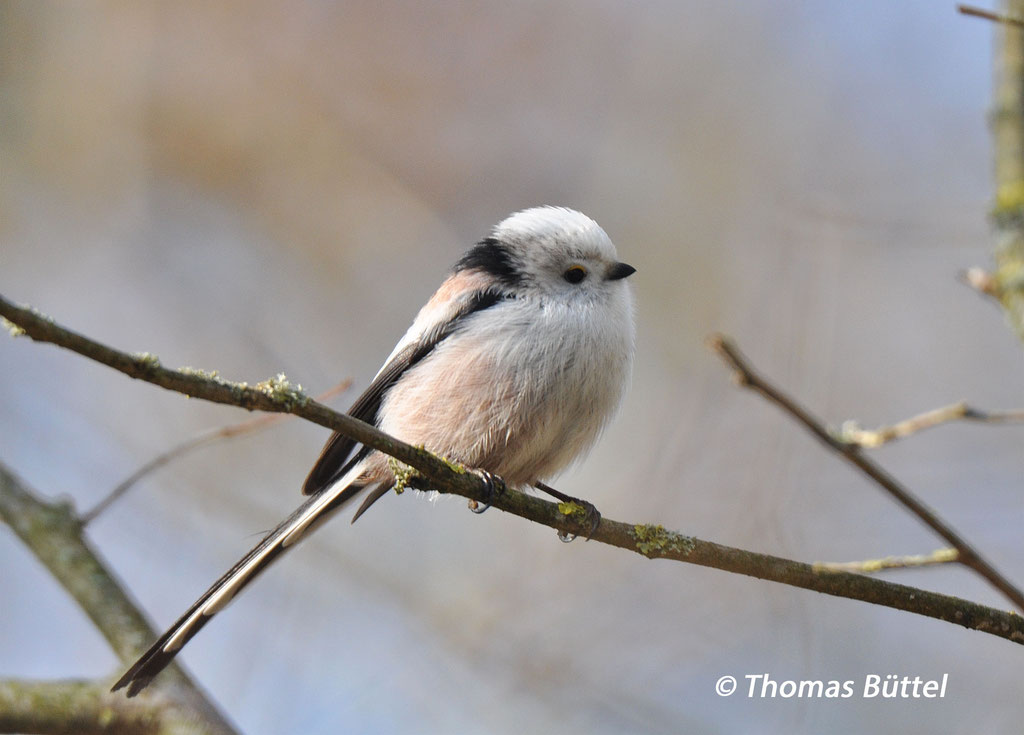 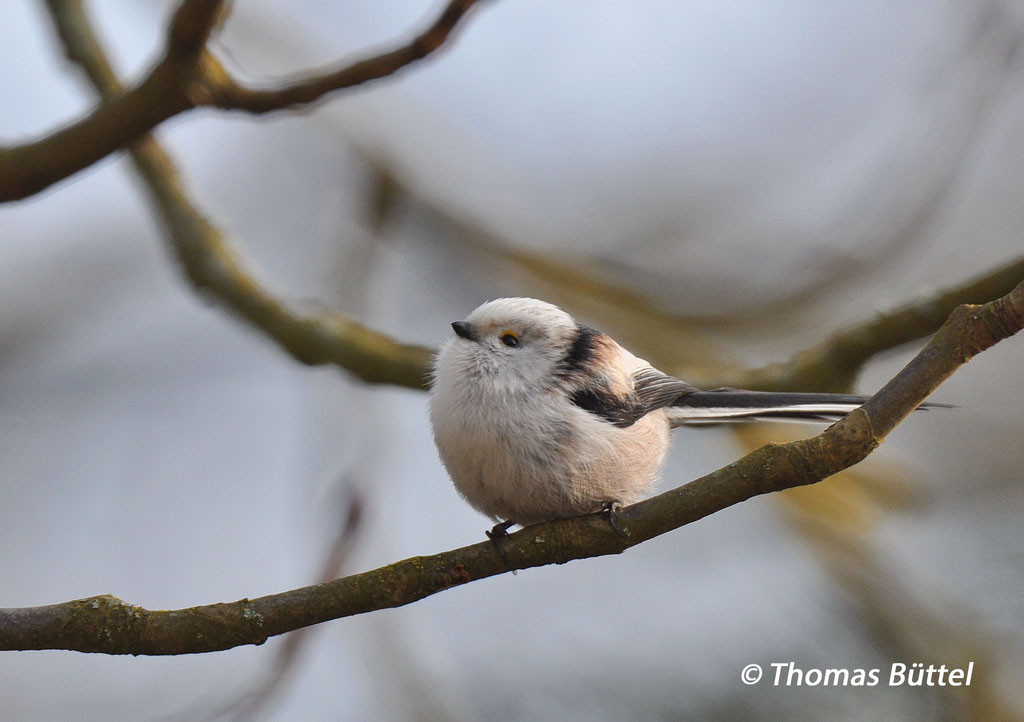 A few months ago a new page (unfortunately only available in german) was uploaded on ornitho.de that deals with this topic. It suggests an interesting differentiation of four phenotypical types, which should help to avoid hasty identifications and aims to find out more about the regional occurrence of the particular types. I'm sure that this project will generate some exciting results in the future.

But now for the single types: The first type is called EE and describes the usual "stripe-headed" Long-tailed Tit as featured in the common ID-guides. The opposite to the latter marks the type CC, the phenotypical ssp. caudatus. For counting as type CC the following features are necessary: a completely white head and underside, only the flanks may have a rosy flush, a clearly defined black neck and broad white fringes of the tertials. Between both there are on the one side the type EC, which is more similar to the common "stripe-headed" Long-tailed Tit, and on the other side the type CE, which resembles a Long-tailed Tit ssp. caudatus.

On my today visit of the Kreuzberg I had my first chance to use these criteria in practice. I found a small flock of Long-tailed Tits with about ten individuals. They were very mobile and therefore I could only examine roughly the half of them. Yet referring to the above mentioned criteria I had an interesting mix of all types. There was even a single bird that showed a seemingly wholly white head and underside with rosy flanks, so a good candidate for type CC on the first glance! Unfortunately I only saw its underside and can't be sure of its definite ID. Sometimes it's better to leave some birds unidentified and this is certainly the case with this tit. Nevertheless a great bird. 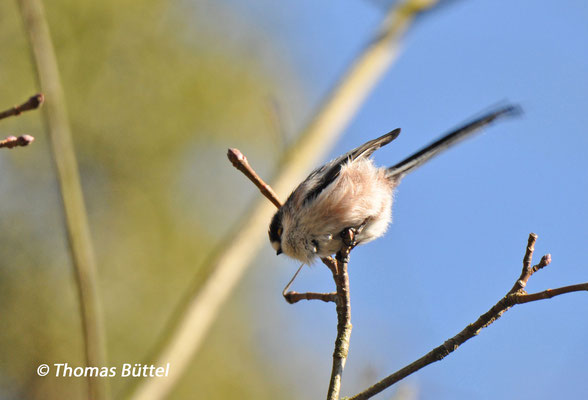 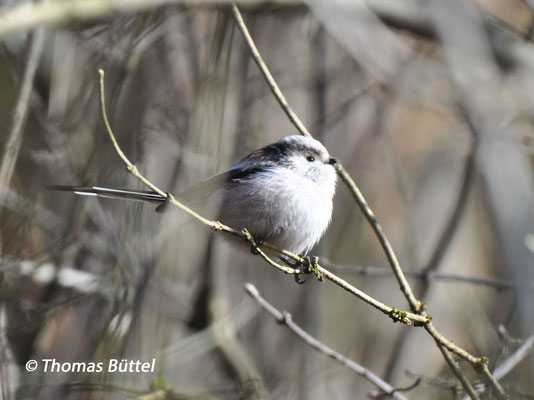 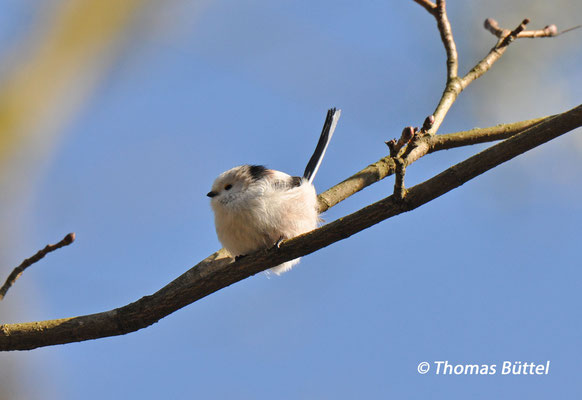 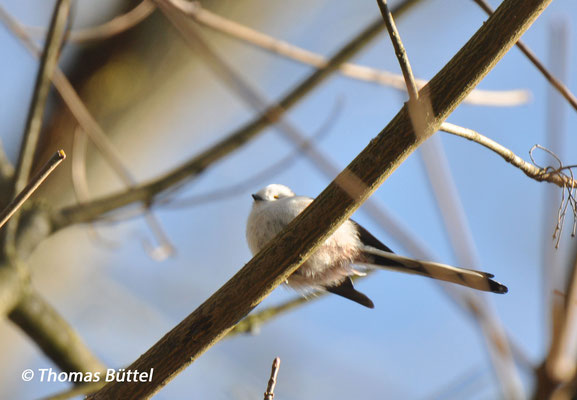