Rare Herons in the Aischgrund

As reported before 2018 has been an excellent year for herons in the Aischgrund. All three rare breeding species, namely Little Bittern, Purple and Night Heron, have successfully bred at more than just a single site. Since I couldn’t pay the major spots a visit during breeding season, I hoped to make up for it today. Having checked the latest observations on ornitho.de I started my small tour with the ponds of Mohrhof, which have proved to be a reliable site in the past.

As usually I only walked the small circuit around the “Großer Strichweiher”, which normally is the most productive part of the reserve. Once again this proved true and I was rewarded with the sight of six Purple Herons standing relatively close to the path. Apart from this pleasant find there wasn’t much to see besides from some common wader species like Lapwing, Wood Sandpiper and Little Ringed Plover. 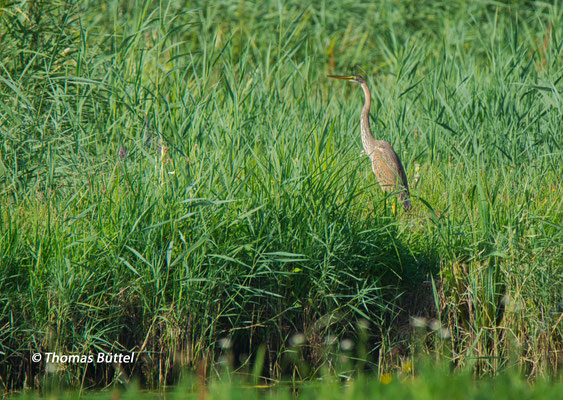 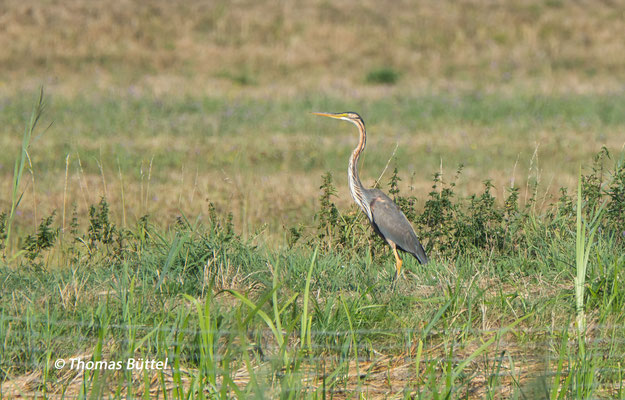 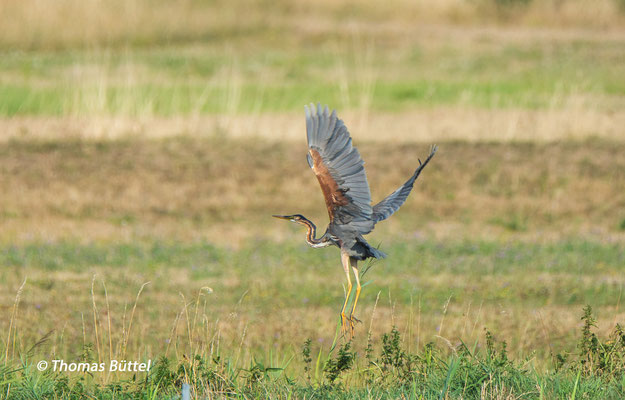 Since I had some time left before sunset, I decided to visit yet another site nearby, the “Neuhäuser Weiher”. Over the last weeks there were rumours of even two (successful) pairs of Night Herons and from time to time excellent pictures were uploaded on the internet. Understandably I focused mainly on this sought-after species and didn’t care much about the other birds. In fact, my search didn't take very long until I spotted an adult bird, by the way the single one on this trip. It was perched on a branch not too distant from the path, almost perfect for getting some good shots. However, light was already fading at this point of time, but I think I’ve succeeded at getting some reasonable results. Sadly, my third target species, the Little Bittern, has eluded me both at Mohrhof and here, yet two of three is still a good success, isn’t it? 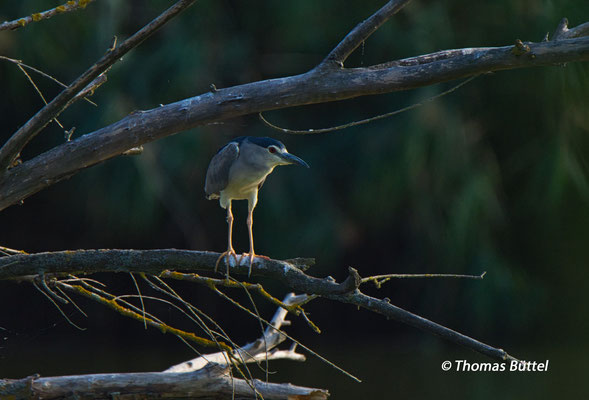 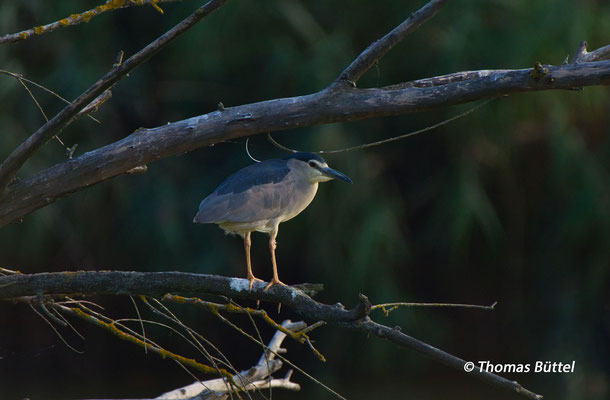