This morning it was snowing all the time and so the snow has finally reached the Basin of Bamberg. Since a Pine Bunting has been found in Lower Saxony a few days ago, I wanted to look out for this species here as well. Of course you cannot expect to find such an extrem vagrant on the first try, but this really promising individual (unfortunately I haven´t yet translated it),  which I had found in January, shows me that anything is possible.

Even when no interesting bunting was to be found today, it had been some enjoyable hours of birdwatching. Since the snow reflected the light, there were good conditions for photographing, only the birds weren´t showing well, apart from this interesting Common Buzzard, which you can see on the left. In the bushes numerous Fieldfares were feeding along with several finches. The most were Siskins, but there were also few Chaffinches, Bramblings and Goldfinches. Especially interesting were a couple of Bullfinches with one individual calling the "trumpet-call", which means that it most likely belongs to the nominate subspecies pyrrhula.

When I was on my walk back, I came also to a birch with almost 40 Redpolls. This species we don´t see very often in Bamberg, mostly however during passage. However they remained quite distant and so I couldn´t take any pictures which would have been worth showing. 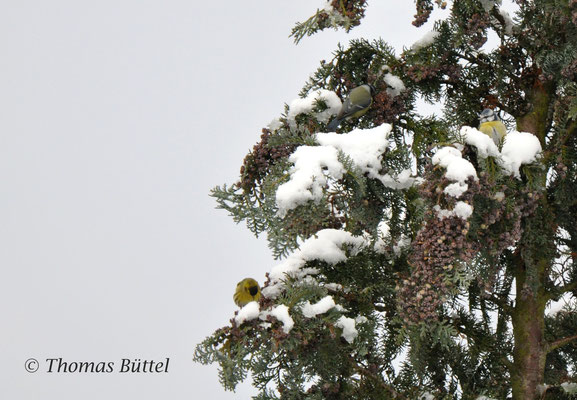 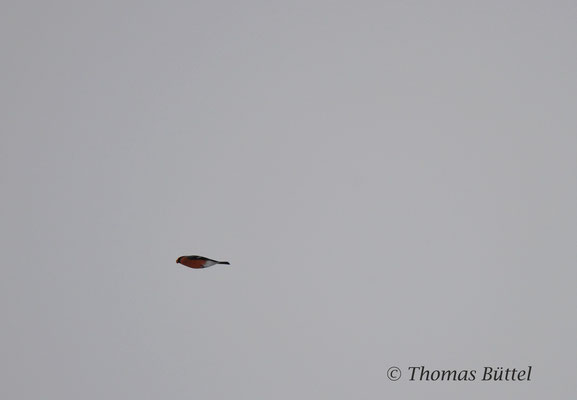 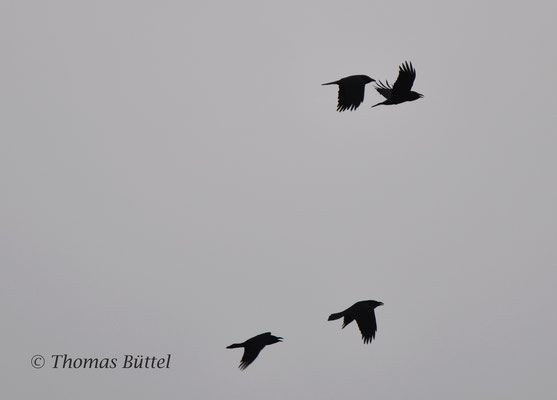