News from the Mixed Singer

A month ago I posted that I had found the mixed singer again, which caused a lot of interest in 2015. If you want to get some basis information about the bird please look on the special site I've established for this bird.

Despite that I had planned to visit this bird more regularly than last year, I didn't come to this place for a whole month. Nevertheless, in the last couple of days I had some pretty successful hours there and some news to tell.

As you can imagine I was mainly recording its vocalisations and taking a lot of photos, in order to document this bird as good as possible. The really interesting fact however is that obviously a second individual, which is now and then singing a "mixed" strophe, has occupied a territory close by. Generally, it looks rather similar with a brown uperside and a white underside. However, it has yet a lot more yellow and olive tones in its feathers, which is why it looks a bit more normal. 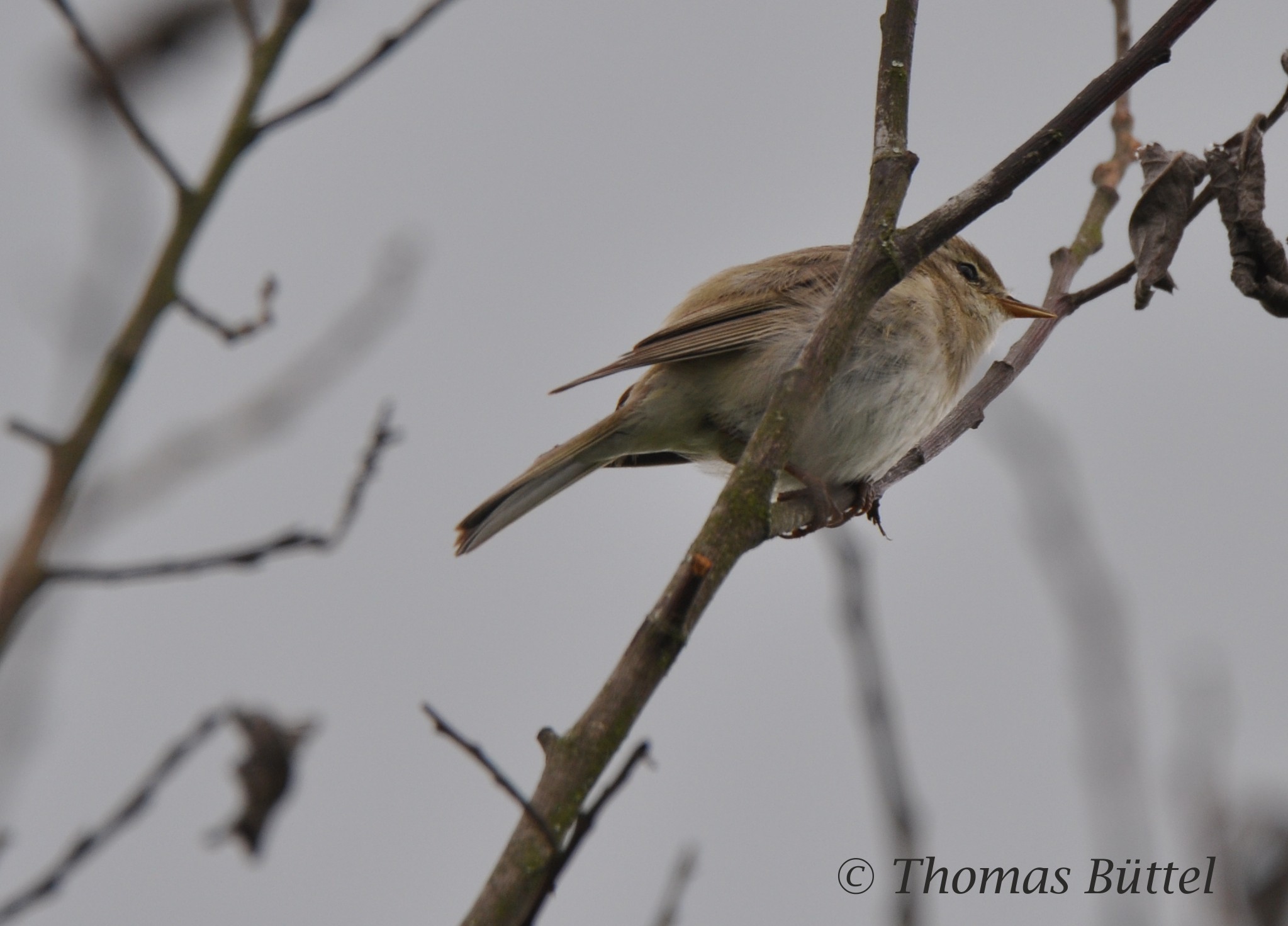 Over the last days I tried to find out how the songs of both individuals differ. This is not an easy question, since especially the "mixed" part of the strophe seems to be pretty identical, at least both sing the same notes. Yet the new bird sings most of the time like a usual Willow Warbler, while the first individual is only exceptionally doing so.

In the meanwhile I have collected a huge set of sound recordings of both singers. I'm now trying to find out whether their "normal" strophes, when they sing like a Willow Warbler, are perhaps different too. So far, however, it looks as if there wasn't a difference.

Furthermore, I also wanted to focus on their calls, which is not so easy either, since both are rather silent when they are not singing. Yet this could be the key to find out, whether these birds might have some Siberian Chiffchaff DNA in their genes.

Finally, some notes about their general apperance. I've already mentioned that mixed singer number 2 appears to be a bit more normal, since it has more yellow and olive feathers. Like in the last year the mixed singer in the "traditional" territory looks once again stunningly brown-and-white. However, so far I didn't have much of a chance to study it in detail, since it is most of the time out of range somewhere in the bushes.

Yet it was interesting to see how the plumage has changed over these past weeks. While it had looked rather greyish in May, in June it seemed to be overall brownish. I think this is because the feathers were fresh in May but are now worn. Still it looks very different to some of the normal Willow Warblers around. 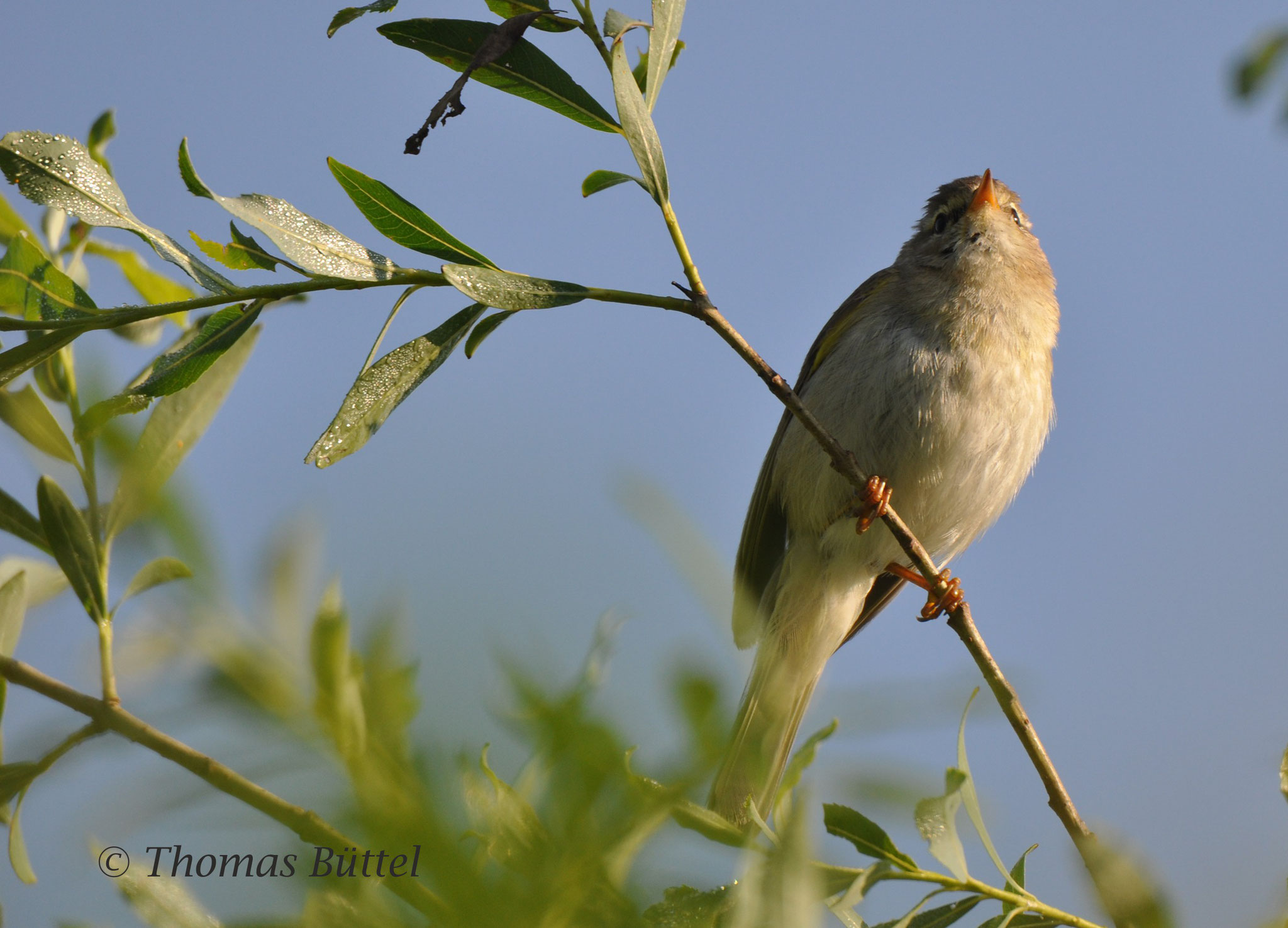 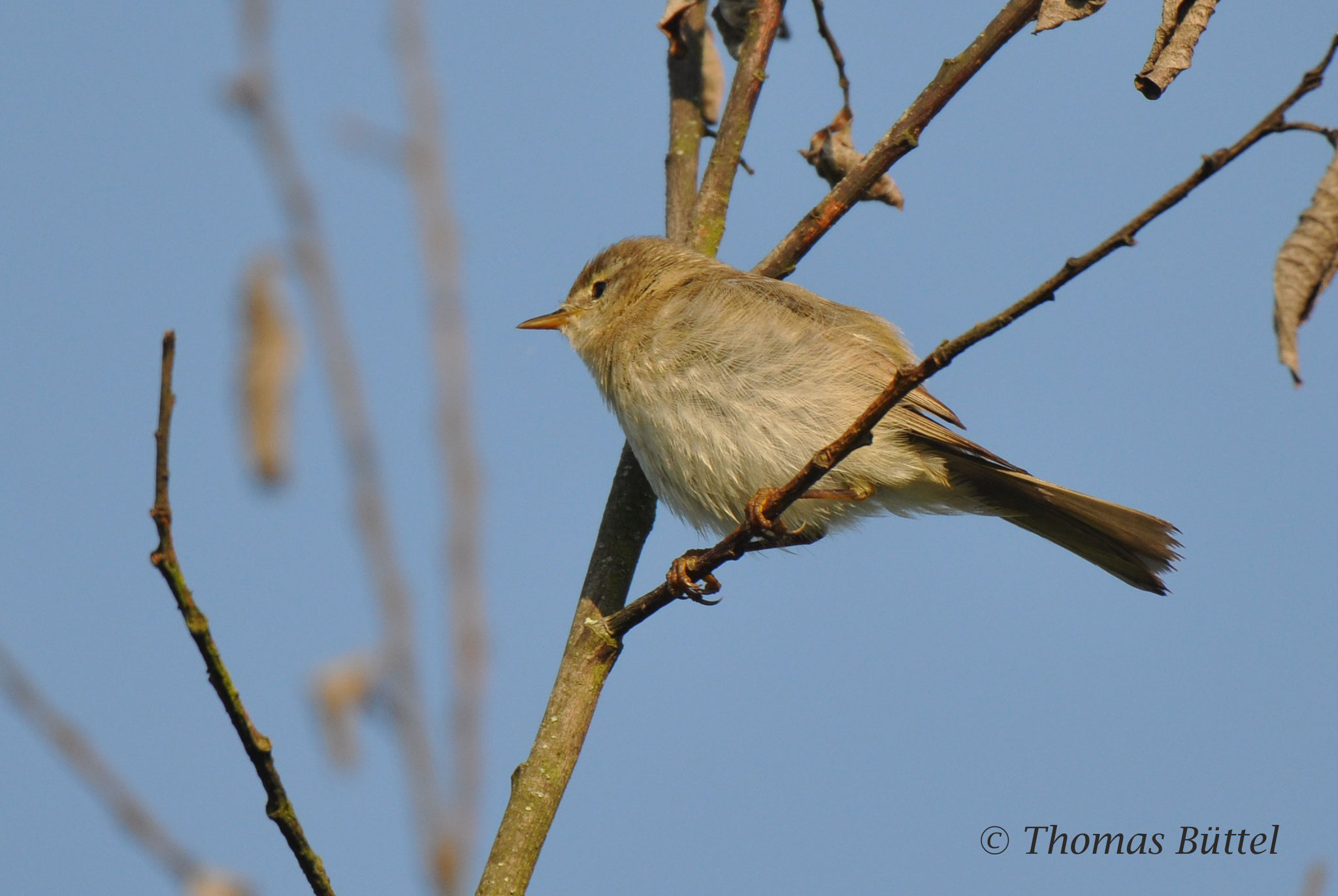 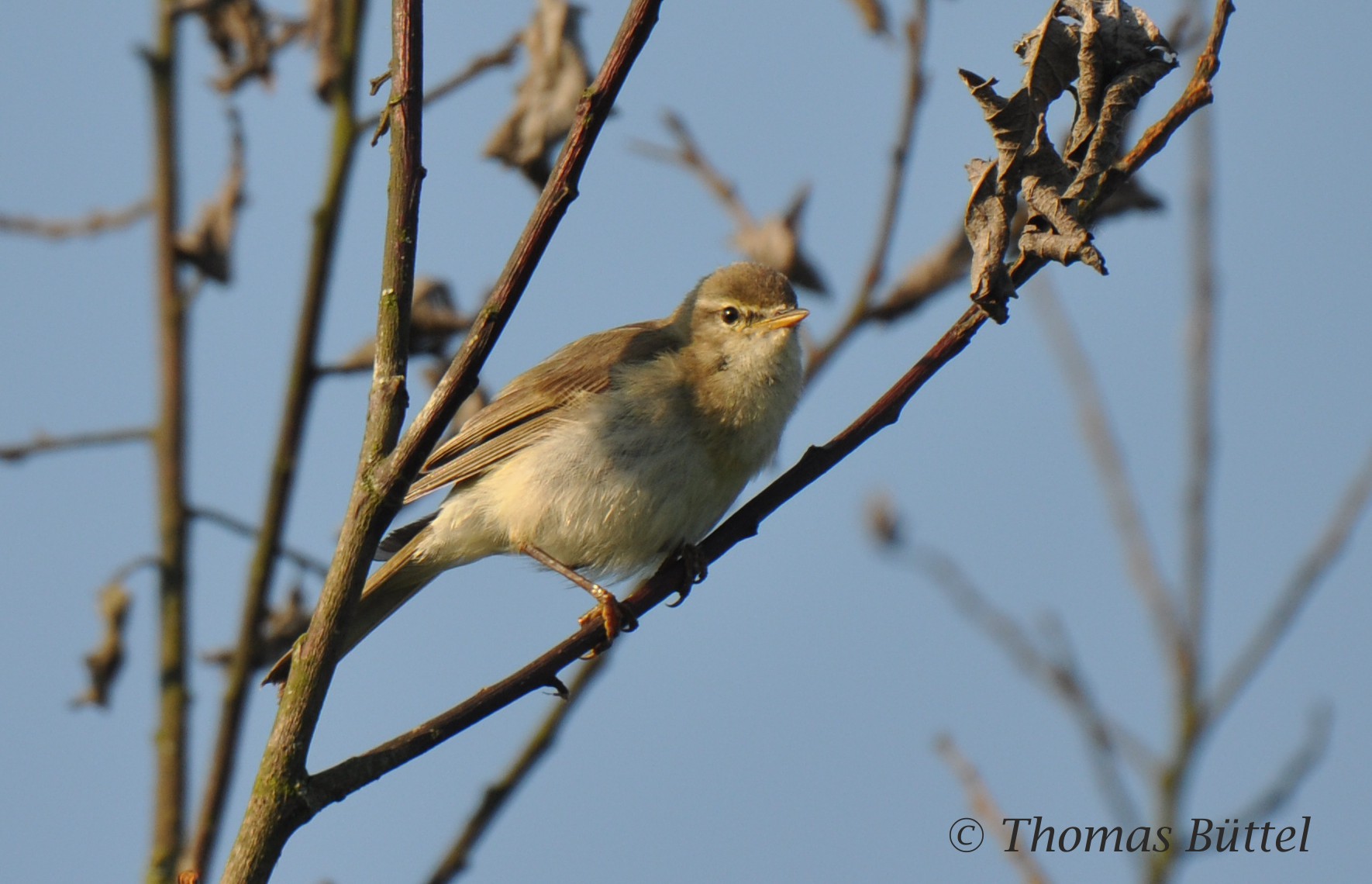 As you can see, this bird or rather these birds always raise new questions, while the already existing ones have yet to be answered. Stay tuned for more news.