Back in June I had visited the "Kleiner Bischofsweiher" northwest of Erlangen, a very interesting site for waterfowl and reed birds. Originally, I had planned to walk the full 8 km slope around the whole area on that day, but unfortunately this would have costed me too much time and so I had had to spare the adjacent "Großer Bischofsweiher" out. Now the time has finally come to fill this gap.

I had the time problem of my last visit in very good memory and started therefore off half an hour earlier. This proved to be a lucky coincidence, because as soon as I reached the motorway A 3, the home stretch so to say, I got stuck in a traffic jam. Fortunately I was able to escape this misery after only 20 minutes convinced that this was the last delay on my way. But far from it, a couple of minutes later I found myself searching for a suitable parking possibility, since the official car park is currently closed due to construction works. At 8 am I finally set up my scope on the shore and could start with the more enjoyable part of the day, birding.

It took only a couple of minutes until I spotted among the loads of common water birds two Black-necked Grebes and a family of Garganeys (the female in the picture above). Especially about the latter I was delighted, since these were my first ever I've seen breeding here in Franconia. Furthermore surprising were four Common Sandpipers, which crossed the lake several times most likely searching for a suitable landing area.

Later on the path went along a muddy part of the shoreline, where I found one of these again. However, for some reason this individual behaved not like all its conspecifics (which would already have been on the way to the opposite shore)  and allowed me to get as close as 10 meters. When the bird left the cover of the rocks, I was able to take some decent pictures of this rather shy species.

Who would have thought that I take my so far best photos of a Common Sandpiper at a place, that seems almost totally uninteresting for waders. 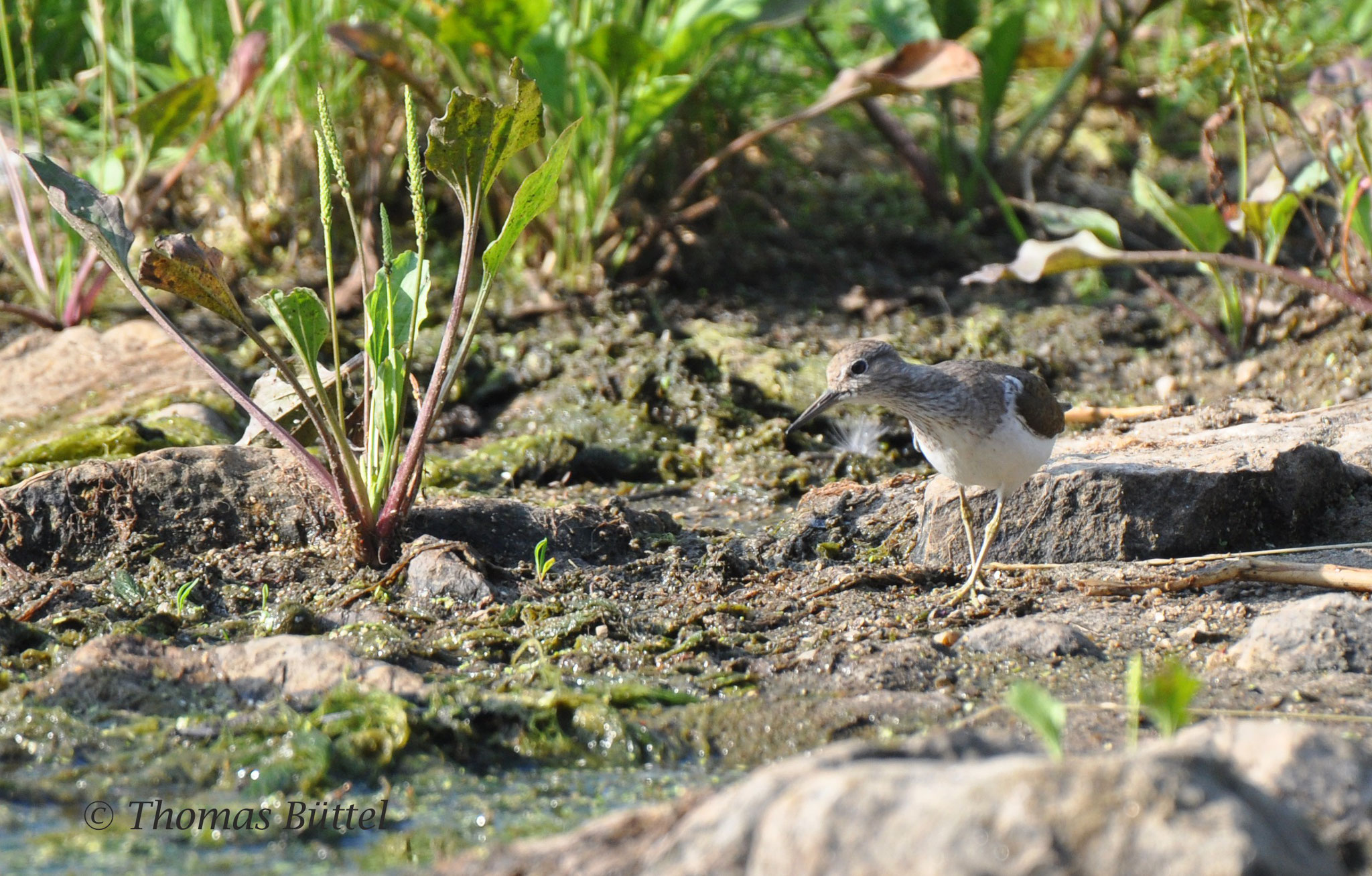 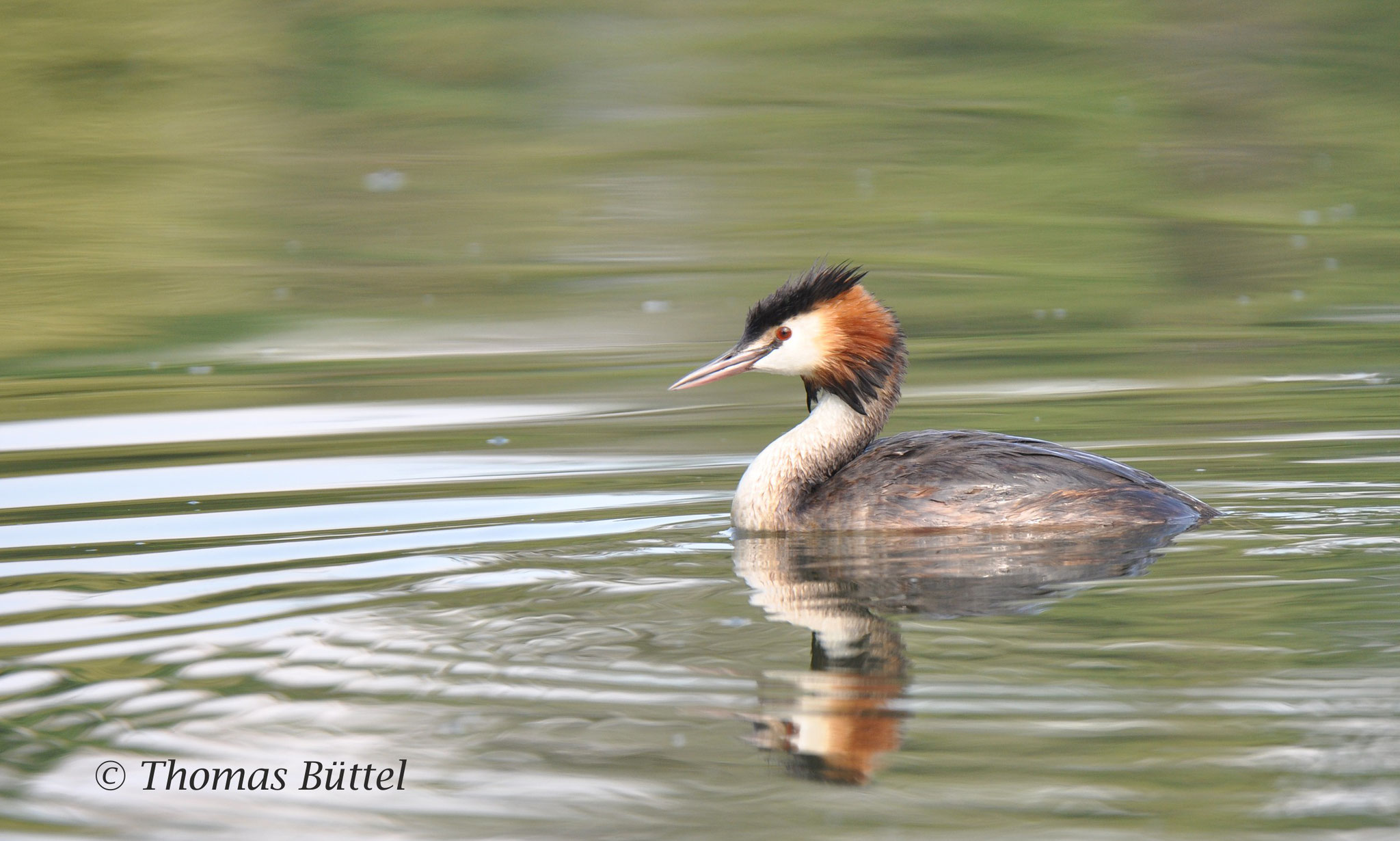 Nevertheless, despite of my intensive search I wasn't able to spot any heron on the shore and had to pleased with two Kingfishers and a family of Gadwalls. 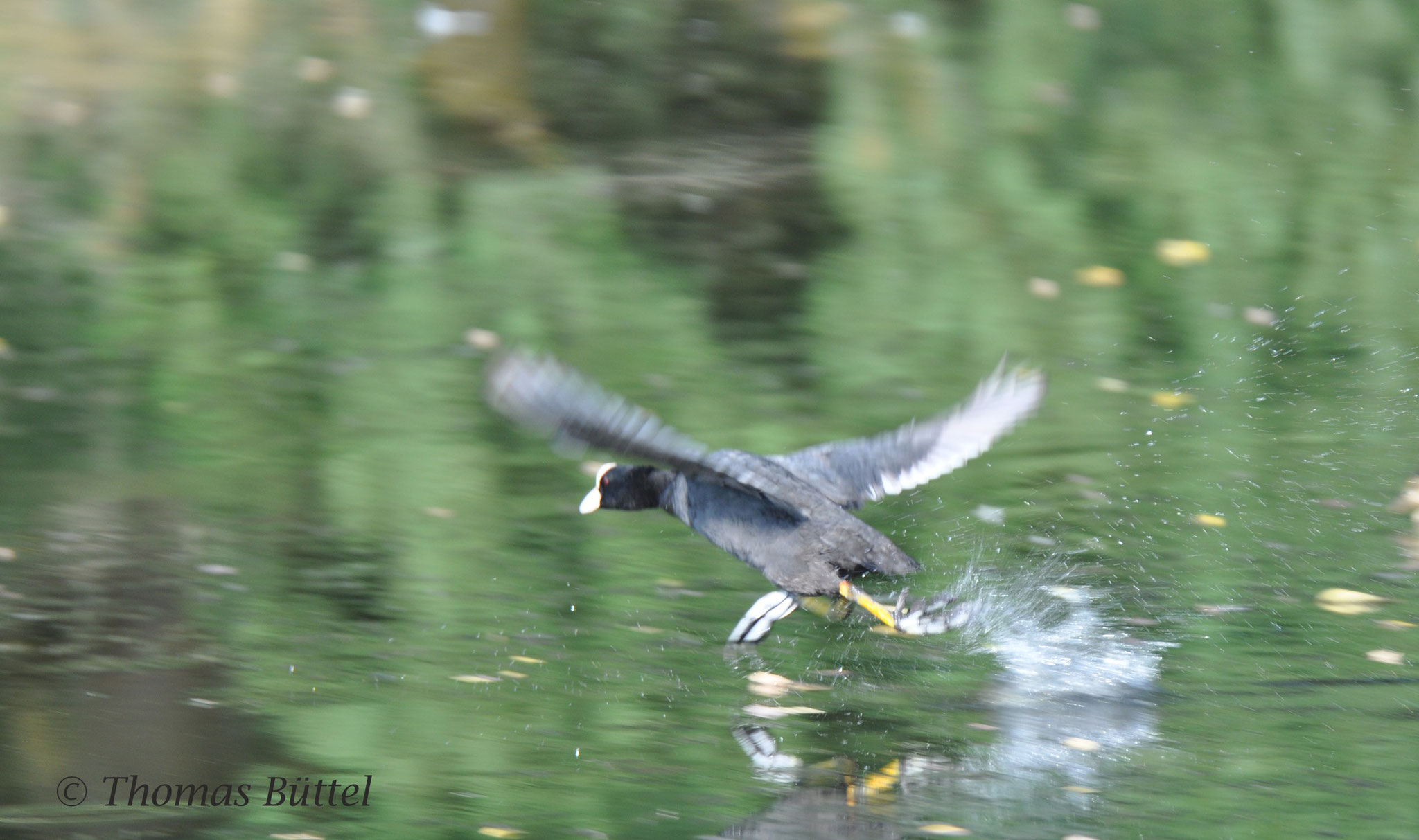 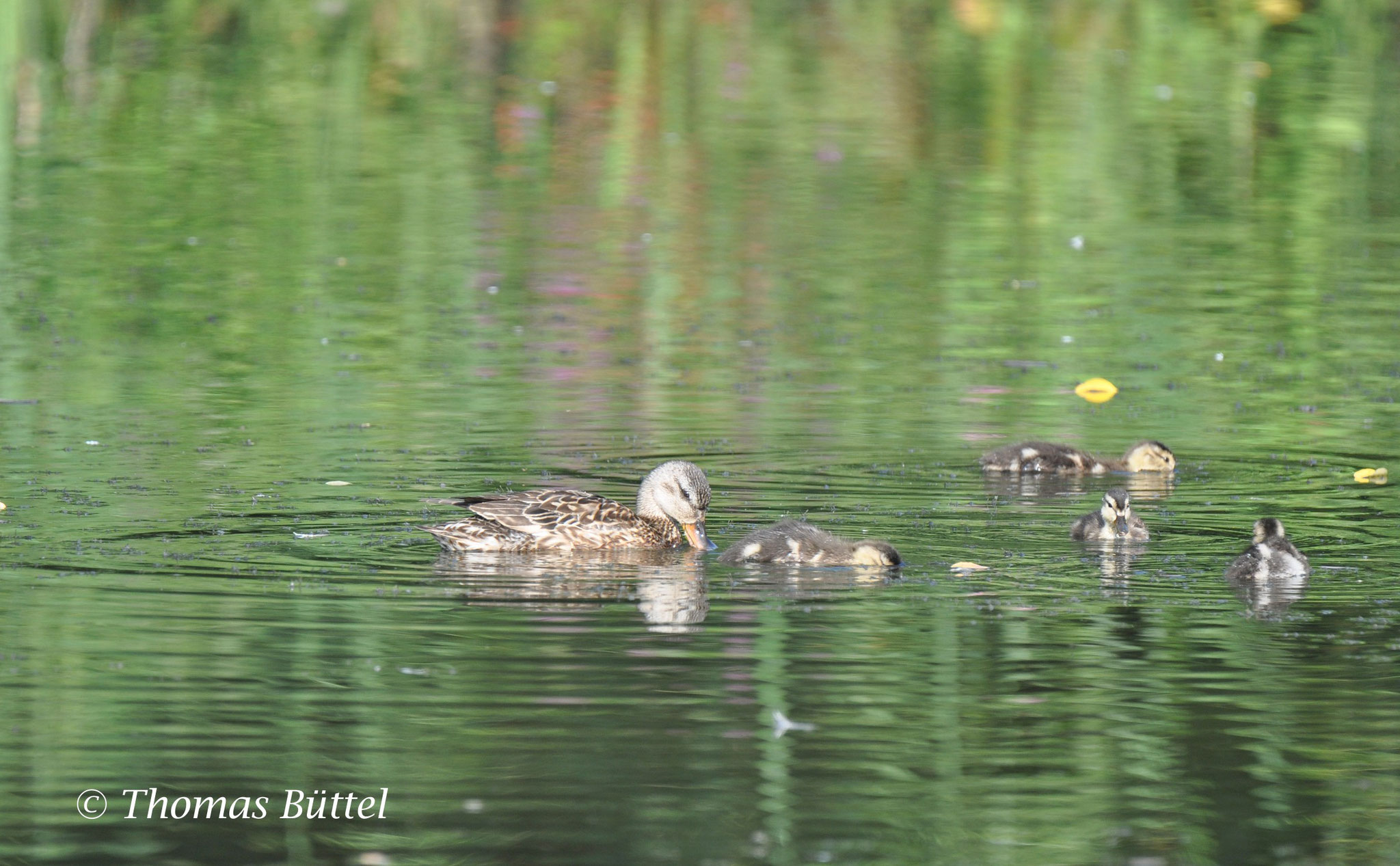 The way back to the car park was by far not so productive, which is however connected with the constant backlight conditions along this stretch. Nevertheless, at its southern shore, where the path runs next to the not-so-interesting street, the lake delivered once again a superb photography chance: The two Black-necked Grebes, which I had already seen before, popped up right next to the path and posed so nicely that I couldn't resist to take some photos. Obviously, they weren't succesful in this part of the lake and so they soon headed towards the centre of the lake leaving me back at the shore.

They deserve for sure no beauty price, but still they are that kind of bird, which makes a birding day to a success regardless of the time you've been waiting for them. 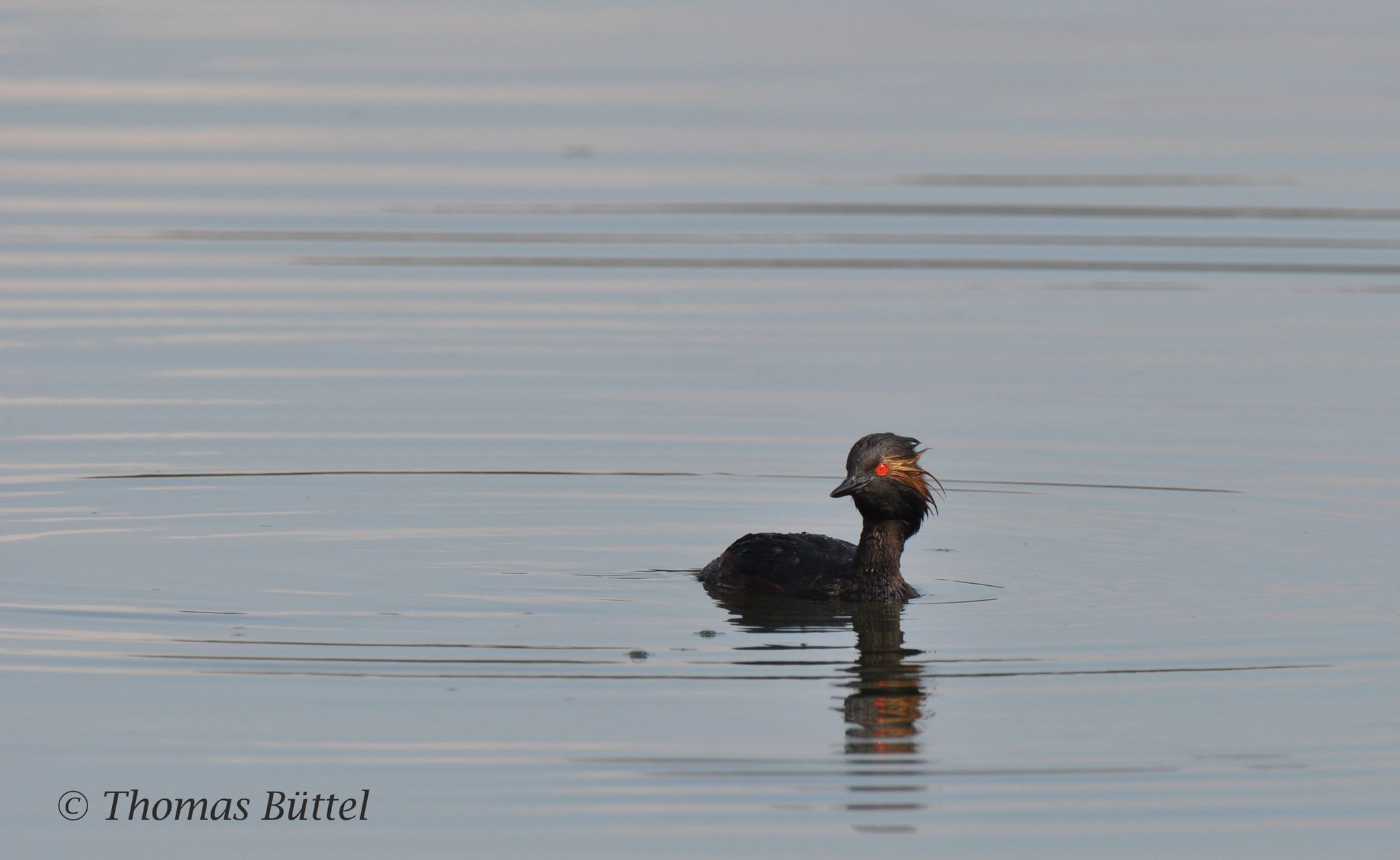 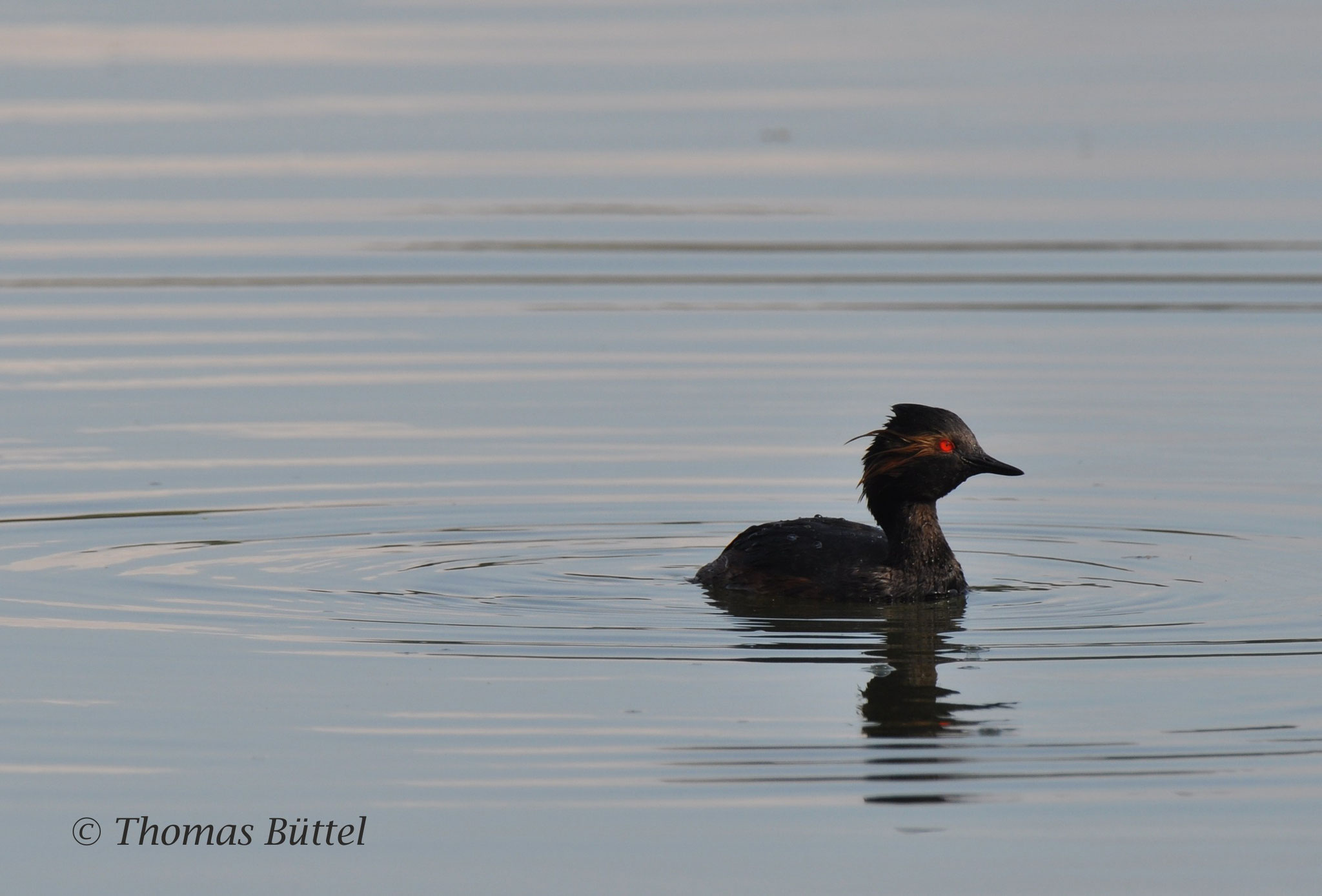 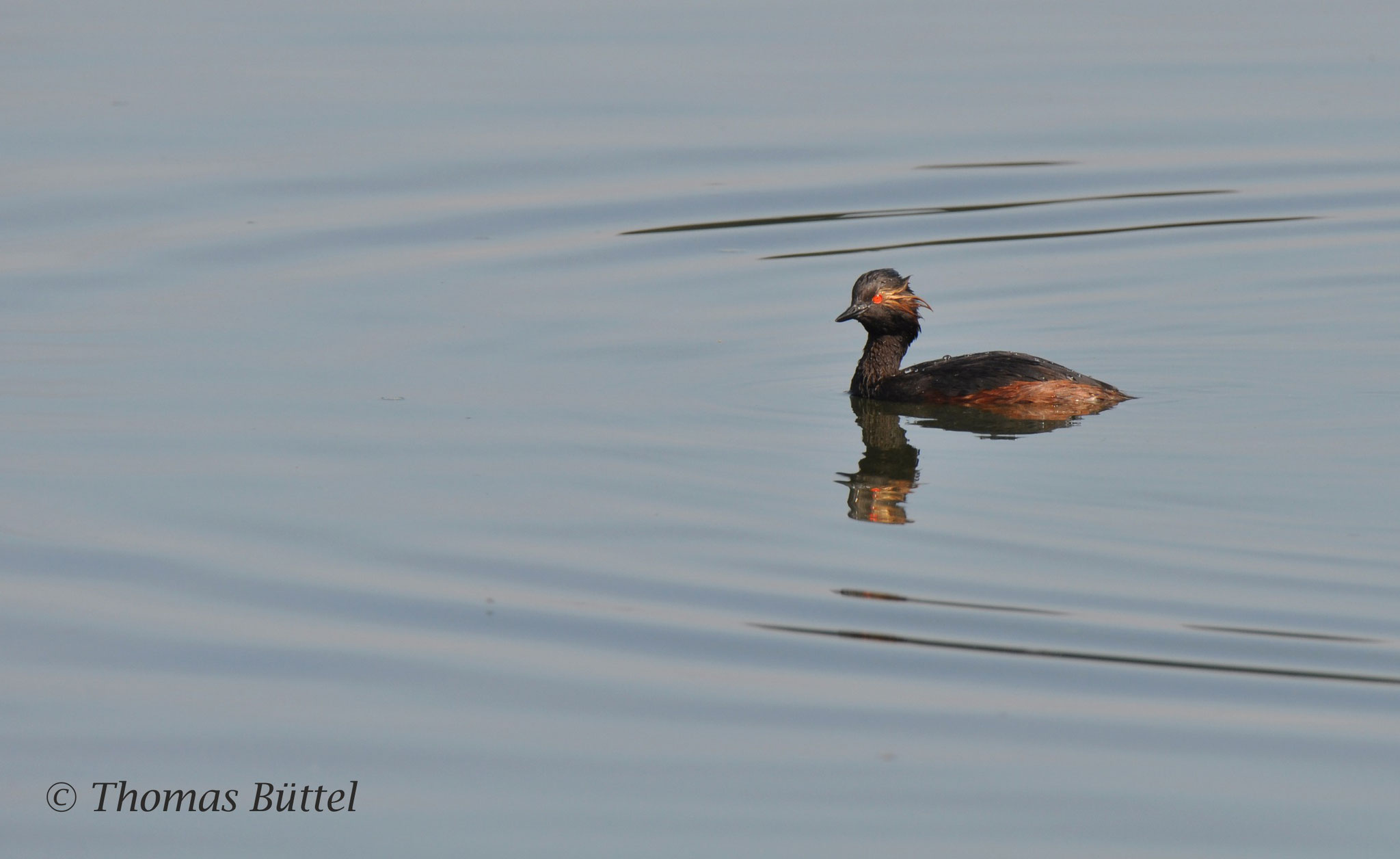 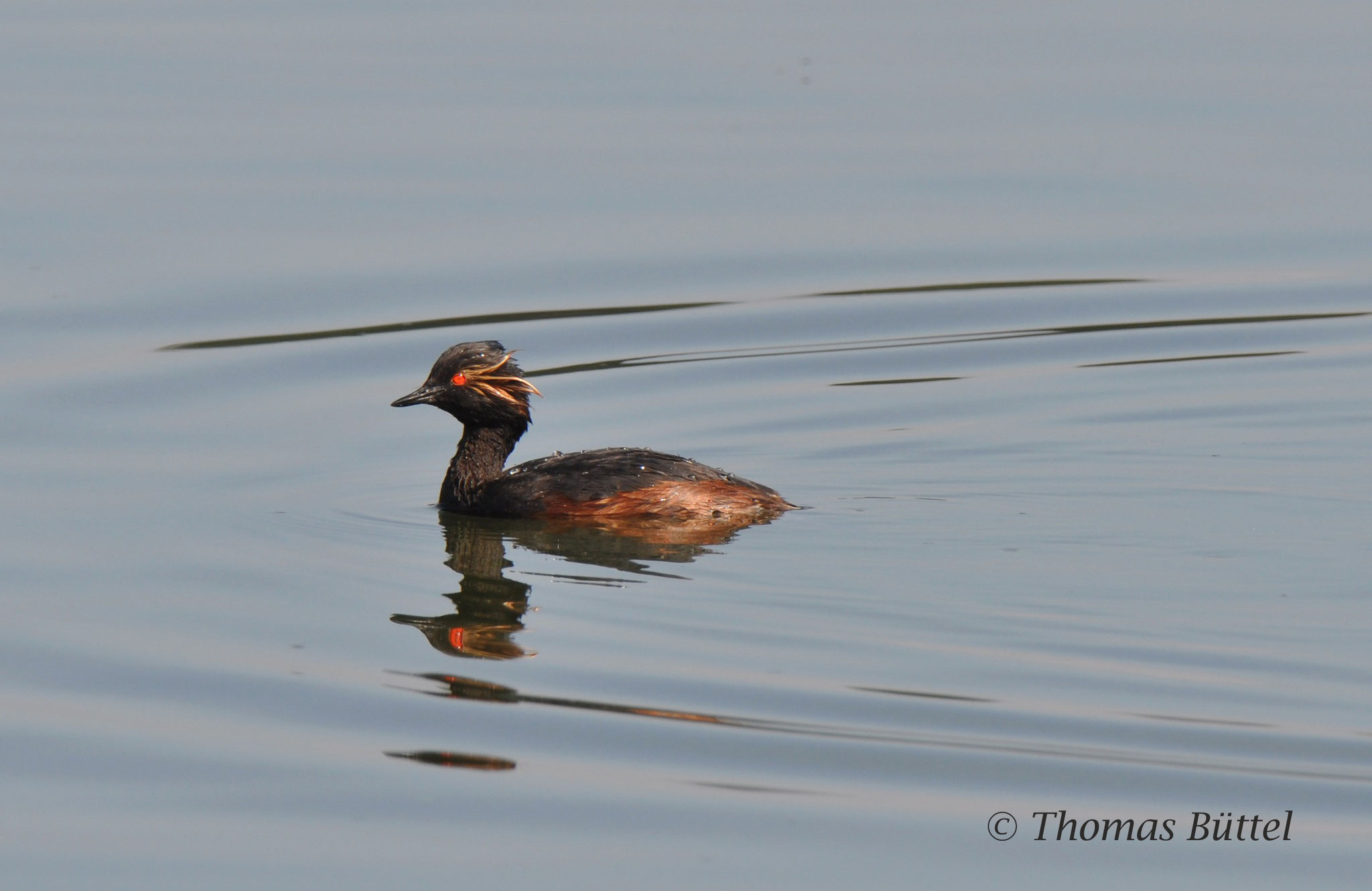