Swans and Gulls in the Wiesmet

Finally, after weeks, I could carry out my plan to go birding again in the area of the "Neues Fränkisches Seenland". Unusually I didn't focus on one of the large lakes (Altmühl-, Brombach- and Rothsee), but on the Wiesmet, a large wetland area situated north of the Altmühlsee. This decision becomes easily understandable as eight Whooper Swans and a single Bewick's Swan have been observed there on a flooded meadow over the last days. In northern Europe this is perhaps nothing special, yet in Bavaria the latter has the rank of a rarity!

Fortunately, the swans don't seem to wandering around much in the Wiesmet, so I caught up with them on the known site within short time. Afterwards, I regret however that I focused so intensively on the latter but didn't pay equal attention to the other birds. For example there were masses of gulls as well and because of that it should have been well worth to look out for something special amongst them. 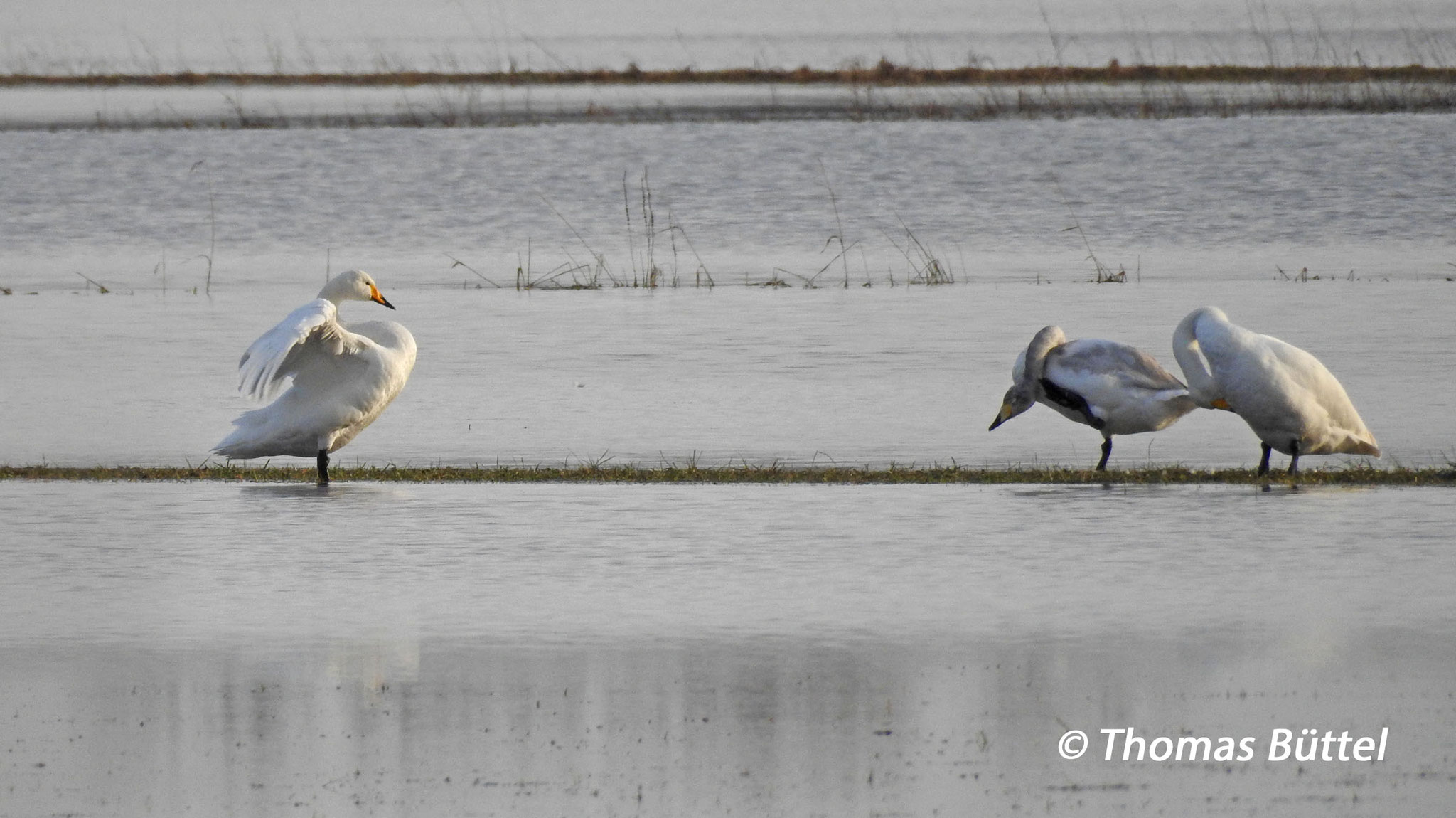 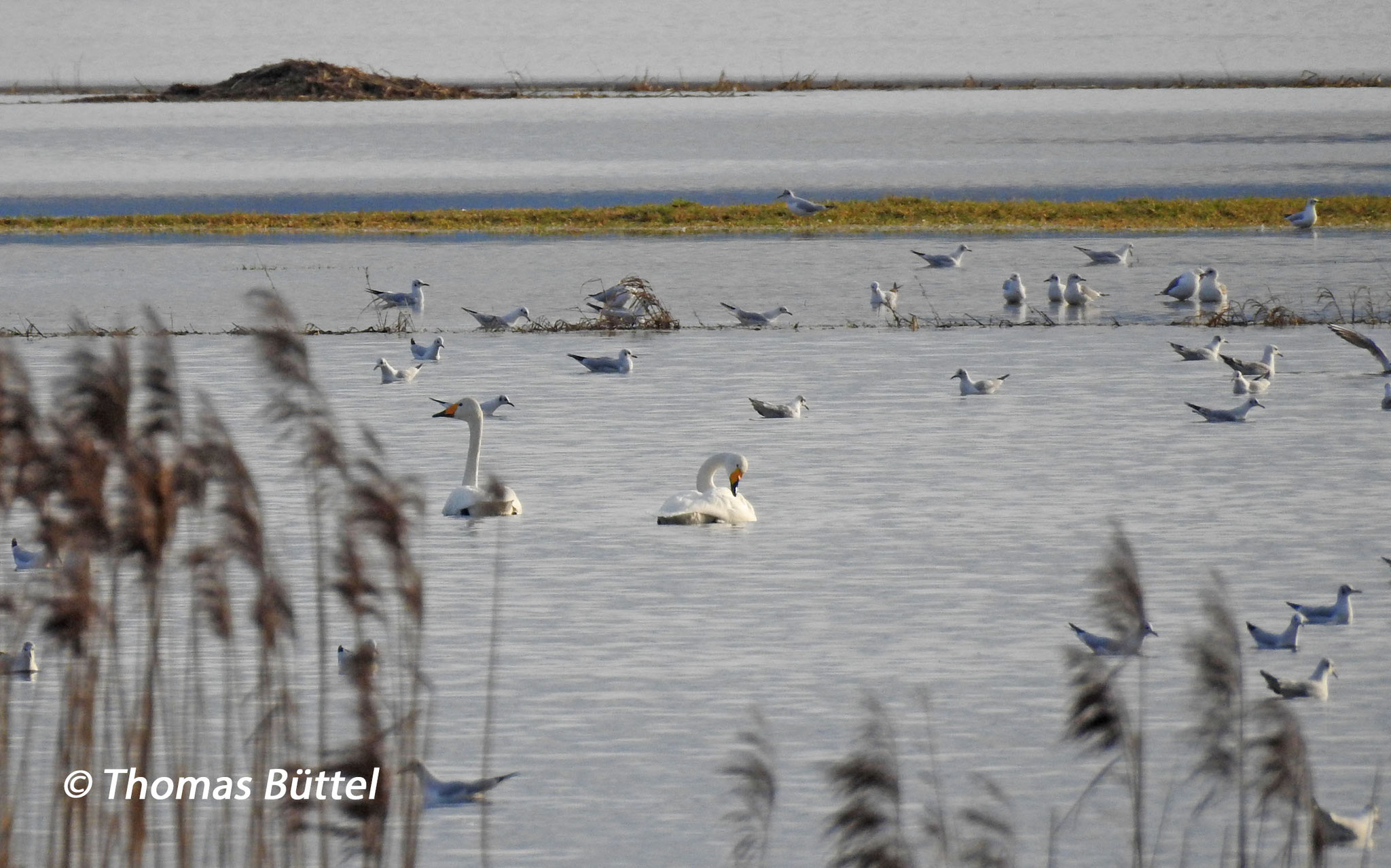 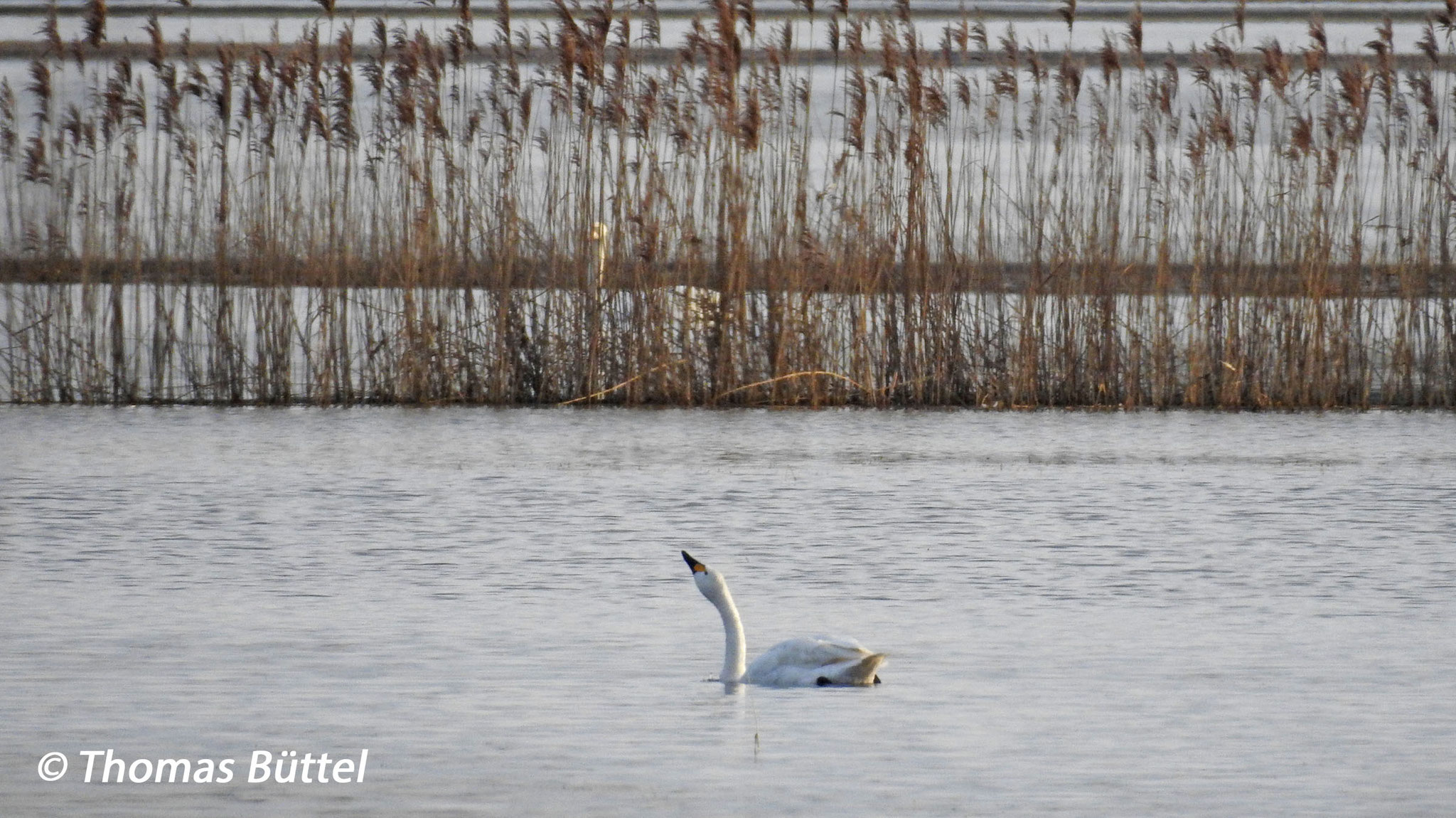 In the following I visited another area of the Wiesmet, more precisely the "classic" spot near Mörsach, which I've also featured in the site description of the Altmühlsee. Generally, the situation was rather similar with many flooded meadows, yet the birds were far more distant and for that birdwatching proved to be quite difficult. The highlights there were a Hen Harrier, about 100 Lapwings and some Ruddy Shelducks.

Before driving back home I made another detour to the "Seezentrum Wald" (also featured in the above mentioned site description) in the hope of finding some nice water birds. However, I was disappointed in this regard and so I turned my whole attention to a large gathering of gulls in the middle of the lake. The major part were certainly the abundant Black-headed Gulls, followed by Common Gulls and finally by about 20 Yellow-legged Gulls.  Amongst the latter a rather dark immature gull stood out, though it wasn't possible to determine whether it was a Lesser Black-backed Gull or not due to the bad light and the large distance.